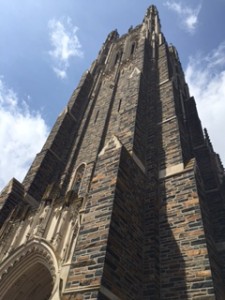 Today, a friend and I attended the Stations of the Cross at Duke Chapel. We didn't know what to expect. A live Nativity is the thing that comes the closest to the experience.  There were fourteen stations represented by 14 banners. It was held outside of the entrance to the Chapel. 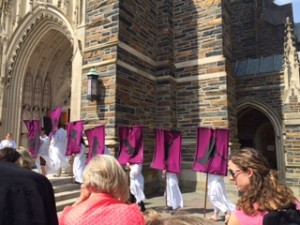 Each station represented a different part of the story of the Crucifixion. As we left one station, the trumpet would play a hymn, and we would all process to the next station. At each station, 4 students would pose in one position representing that station. We would do a responsive reading, directly from the Scripture. The two leaders, one man and one woman, would share a short, provocative thought, and we would be on to the next station. 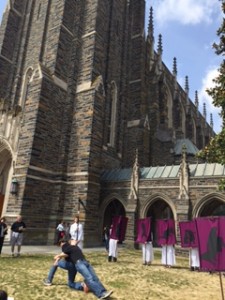 In this scene, Jesus is being removed from the Cross.

Finally, Jesus was laid in the tomb and we were invited to follow the banners back into the church. However, Jesus was left lying in His tomb on the stone steps of the Chapel. We all had to walk past him. 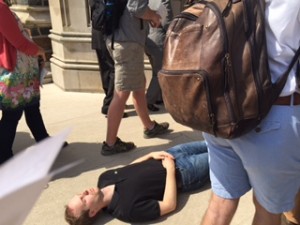 How many of us ignore him and his sacrifice as we go about our day to day business?

This was one of the most beautiful depictions of the passion of Jesus that I have ever seen. The leaders worked hard to make us feel as if we were part of the crowds that were there that day. Kudos to Duke Chapel.

There has been a concerted effort by some TGC leaders, the authoritarian types, to silence blogs  as well as other social media which reveal the painful episodes of abuse within the evangelical church. Perhaps that is because two of their beloved ministries and leaders, Sovereign Grace Ministries (CJ Mahaney) and Mars Hill Church (Mark Driscoll), suffered greatly from the revelations of abuse on social media.

This blog has documented, year after year, the undying devotion of The Gospel™ Coalition leaders to ministries and leaders like these. They, too, have tried to use social media to defend their stances. However, it is pretty hard to justify staying silent about abuse and that is why they have not been terribly successful. Thankfully, most people with hearts get abuse.

Recently, Jared Wilson left his pastorate in a smallish church in Vermont, to become the Director of Content Strategy for Midwestern Seminary. He is now one of the leaders. He wasted no time in going after social media. Maybe it's a requirement for promotion? In an article promoted by TGC  Why Not Rather Be Cheated Wilson sounds the alarm.  Seemingly condemning anger, he states that good Christians should instead pursue the fruits of the spirit emphasizing gentleness, peace and self control. How nice. That child sex abuse stuff can be pretty darn yucky, can't it?

It seems he accuses those of us who do get mad about the abused of only doing it for our own personal reputation and influence. Can you imagine? We get to stick our necks out to defend the little guy and we are doing this because it helps our reputation? Good night!! That dog don't hunt.

When we become eager to enact God’s wrath through personal vengeance, it’s often because we distrust God’s ability to deal with injustice Himself. Or we distrust Him to do it in a way that satisfies us. When we lash out, fight back, take up zealous causes, angrily pontificate, feud on Facebook, tsk-tsk on Twitter, and berate on blogs, aren’t we, in essence, saying God needs us to set people straight? All too often what we’re really protecting isn’t God’s honor, but our reputation or influence.

In fact, Wilson seems to suggest that he wants us to shut up and wait until Jesus comes back.

The reality is that whatever wrath remains to dispense after the satisfaction of the cross will be dispensed by Jesus Himself upon His return.

Only Jesus should do this, not us.

But He does this, not us

So, stop being a pain in the butt of the church.

And honestly, that’s what some of us really need to do right now: Let. It. Go.

Basically, this sounds like  shut up and let Jesus take care of it. Some day, he will take care ft it when he returns. Do not get mad at any leaders, no matter what, especially if it involves someone who likes *our* theology and give us money.

However, the cat is out of the bag and it can't be stuffed back in. Churches are being called out to practice what they supposedly preach. Pastors and church planters jump up and down for people to "give it a try." They advertise in papers, on billboards, on the radio, in mailers, etc. Well, we are listening and looking and we have some thoughts on the matter. Leaders no longer get to control the microphone.

aren’t we, in essence, saying God needs us to set people straight?

However, doesn't God use us to spread the Gospel, to bring food and medical care to the poor, plant churches, etc. He doesn't need us to do this, does he? Why don't we all just sit back at home, wait for God to work it  and Let. It. Go?  He could do it all Himself, right? (What are they teaching in seminaries these days?)

Churches and leaders have what they have always wanted. Publicity. Lots of it. When they go public and pretend that they are nice and godly but are really abusive, it is time to report it. I think God gave us the internet for the little guy to speak out just like when Martin Luther used the Gutenberg Press to be a pain in the Pope's side. Maybe, instead of "Here I stand, I can do no other." Luther should have said "I am going to Let. It. Go?"  Maybe they are upset at the fact that the little guy now gets to speak out? How many of them have tried suing those who have left bad reviews on Yahoo? (Stupid waste of money-BTW.)

Next week, we will be having a series of articles on Calvary Temple in Sterling Virginia. This appears to be a church which has successfully hidden serious abuse issues until some people decided that enough was enough. Thankfully, those brave people, many of them recipients of the abuse, are fighting to bring justice instead of just Letting. It. Go.

For those of you who believe that Jesus actually wants us to be concerned about justice for the abused, here is an article to get you up to speed. The rest of you can just ignore it and pretend that Jesus wants you to sit back, work on your brackets and leave it up to him.

“The Spirit of the Lord is upon me, because he has anointed me to proclaim good news to the poor. He has sent me to proclaim liberty to the captives and recovering of sight to the blind, to set at liberty those who are oppressed, to proclaim the year of the Lord's favor.”

“When the Son of Man comes in his glory, and all the angels with him, then he will sit on his glorious throne. Before him will be gathered all the nations, and he will separate people one from another as a shepherd separates the sheep from the goats. And he will place the sheep on his right, but the goats on the left. Then the King will say to those on his right, ‘Come, you who are blessed by my Father, inherit the kingdom prepared for you from the foundation of the world. For I was hungry and you gave me food, I was thirsty and you gave me drink, I was a stranger and you welcomed me 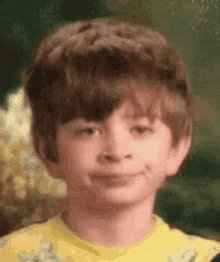 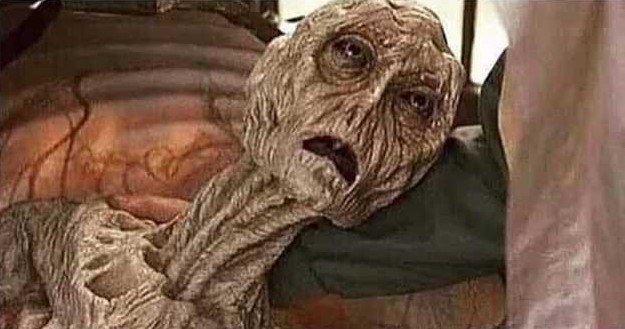 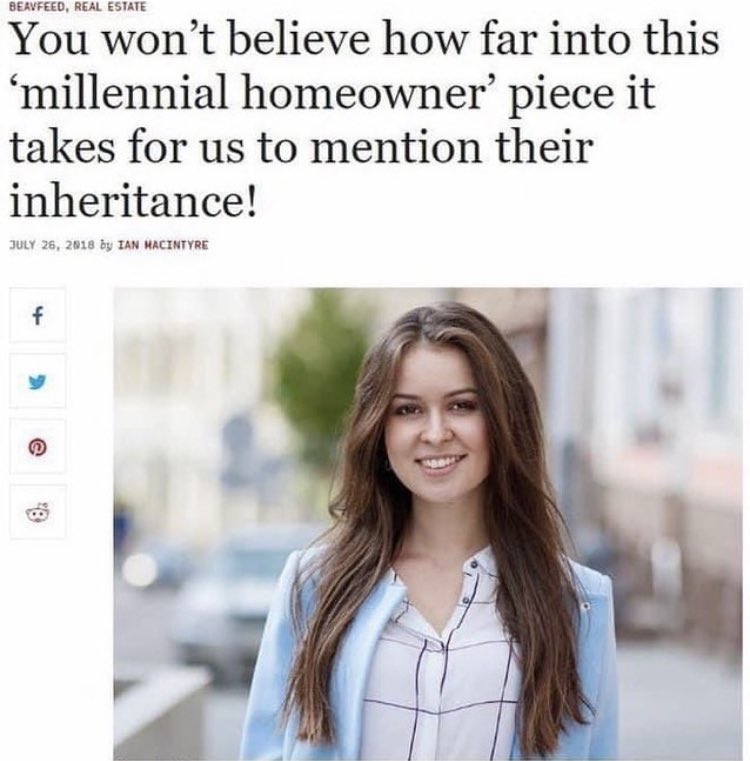