"I finally found my sister." 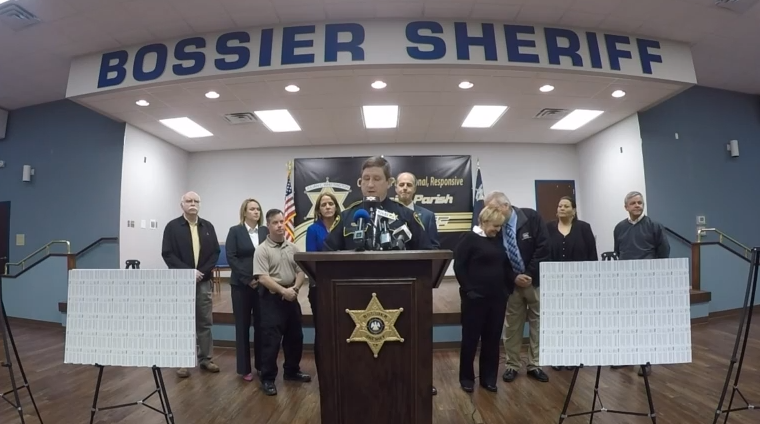 Thanks to the incredible power of the internet and social media, a 34-year-old mystery has finally been solved…

It was way back on January 28, 1981 that some hunters discovered the body of a young female on a logging road in Bossier Parish, Louisiana.  She had been stabbed to death, and the murder weapon was left at the scene.  Because the body was so badly decomposed (it had been there approximately four to six weeks according to the autopsy), authorities were never able to identify her.  She was a Jane Doe, who would later become known as Bossier Doe in the social media.

On February 17, 2015, KSLA News 12 in Louisiana announced a huge breakthrough in this cold case.  Here is a portion of that announcement:

Just over a week after Bossier Parish investigators turned to social media looking for leads in a case known as Bossier Doe, investigators have received a tip that could be a major breakthrough in the case…

Detectives posted pictures of a composite drawing supplied by the FACES lab in Baton Rouge and that move, might have paid off.

Incredibly, here is how it happened… 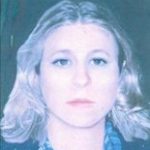 Local investigators created a Facebook page for Bossier Doe, which featured the composite drawing from the FACES lab (shown at the left).

It is there (on Facebook) that Bossier Parish authorities received a tip from a Michigan woman saying a friend of hers has been looking for her sister for decades.  The name of the woman searching for her sister is Linda Jeanie (Cole) Phelps.  Upon seeing the composite drawing of Bossier Doe, Phelps noticed a resemblance to her sister. 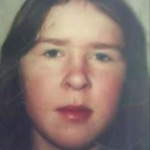 Phelps then provided a photo of her missing sister, Carol Ann Cole, which was taken around 1978 (see picture on the left).

Could Bossier Doe be Carol Ann Cole?  And if so, how did she end up in Louisiana?  (more on that later)

The bones of Bossier Doe have been preserved for all these years, and Carol Anne Cole's parents recently provided DNA samples to determine whether Bossier Doe was indeed their daughter.

Then yesterday afternoon, the Bossier Sheriff's Department announced via its Facebook page that it would be making a statement regarding Bossier Doe.  At 3:00 p.m. CST, they provided live streaming of their announcement, which I was able to watch.

Here is the stunning revelation by Bossier Sheriff Julian Whittington:

Good afternoon.  Thirty-four years ago back on January 28, 1981, Bossier Sheriff's office began an investigation of a homicide involving an unidentified young female who was murdered out here on the eastern side of Oak Ferry.  Over the years she was known only as Jane Doe.  Most recently with the creation of the Facebook page, she became known as Bossier Doe.  For more than three decades the identity of this young lady has been a mystery. Today we can now say the mystery is over, and her family now knows who she is.  They're getting answers that they've been seeking for more than 34 years.  The identity of Bossier Doe is that of 17 year old Carol Ann Cole of Kalamazoo, Michigan.  It's been a long 34 years, 1 month, and 5 days waiting for the Cole family, but I'm here to tell you that the waiting is over and Carol Ann is coming home.

And here is a video of the press conference from yesterday.  Sheriff Whittington's remarks begin just after the 8 minute mark.

Carol Ann Cole's sister (Jeanie Phelps) followed the Bossier Sheriff by sharing some emotional words.  What particularly stood out to me was her remark: "I finally found my sister."  Jeanie said her young daughter then asked:  "Is she going to come live with us?"  This family has been through a terrible ordeal and has much healing to do, and we hope you will keep them in your prayers.

How did Carol Ann Cole end up in the Deep South?  The Times-Picayune provides the following detailed explanation:

Phelps and her sister were raised in Kalamazoo, primarily by their paternal grandmother, from the time Phelps was three. Their parents were divorced and their grandmother gave them stability in an otherwise unstable family situation, said Phelps, who often goes by "Jeanie."

The girls spent their days playing Chinese jump rope, hide and seek, hand clap games and cards. When they pretended to play school, Carol Ann liked to be the teacher.

Carol Ann was mostly happy, her family says. She had such a crush on Shaun Cassidy, that she joined his fan club, wrote him letters and adored the photos she got in exchange.

But their mother, Sue Cole, said Carol Ann was often moody too. Sue Cole said she was worried someone had sexually molested her oldest child. In 1979, when Cole decided to move with her own mother from Kalamazoo to San Antonio, Texas, Carol Ann said she wanted to go too. Cole had four brothers and a sister there and her mother wanted to be close, she said.

Phelps stayed behind in Kalamazoo with their paternal grandmother. It would be the last time she would see her sister.

Sue Cole, now 70 and living in Kalamazoo, said her daughter immediately began having difficulties in Texas. She removed the braces from her teeth. She started running away. Cole said she sought counseling to try to help her daughter. But she eventually brought Carol Ann to a residential girls' home in Texas, hoping it would help straighten her out.

Cole remembers little about the home. She is not sure how she found out about it, what it was called or where exactly in Texas it was located, she said.

A few months after leaving her daughter at this girls' home in Texas, Sue Cole was informed that Carol Ann had run away.  It was around November 1980, when she would have turned seventeen.  The Cole family knew that Carol Ann made it to Shreveport, Louisiana because she kept in touch through occasional phone calls and letters.

Sometime in 1981 Sue Cole (Carol Ann's mother) returned to Kalamazoo to take care of her dying mother.  The following year, Sue found out she had cervical cancer and her mother passed away.  She was so consumed with illness and death that the memory of Carol Ann must have faded.  The paternal grandmother attempted to find Carol Ann until her death in 2000.

Phelps said that two weeks ago she filed a missing persons report on her sister. As best she can tell, it was the first time law enforcement took the information and entered it into a national missing persons database.

Her questions are endless. Why did Carol Ann run? What and where was the girls' home? How did she get to Shreveport? Why didn't anyone do more to find her?

Phelps said that when she was young, adults told her little. But as she got older, she started to believe her sister met a terrible end.

In her 20s, Phelps began searching for Carol Ann herself. A devoted friend named Patty Thorington helped. Phelps contacted law enforcement in Shreveport, she said, but it didn't really go anywhere. Over the years, Thorington and Phelps posted information on Craigslist and Facebook seeking help. They contacted police departments across the country with unidentified bodies that sounded like possibilities.

On Wednesday (Feb. 18), Phelps accompanied her parents to a police station in Parchment, Mich. Sue Cole and ex-husband, Dan Cole, both submitted DNA swabs to help Bossier Parish detectives determine whether Bossier Doe is their daughter.

A Facebook profile page created by Bossier Parish Sheriff's detectives Feb. 6, revealed details of an unidentified woman whose description sounded remarkably like Carol Ann. She was a teenager. She was wearing items reminiscent of a girls' home. It looked like she had taken off her braces.

New Bethany Home for Girls in Arcadia was open from 1971 to 2001. It took in girls like Carol Ann, girls whose families felt they needed help managing their behavior. Runaways were common.

So was Carol Ann Cole ever at New Bethany Home for Girls in Arcadia, Louisiana?  Some are trying to determine just that…

We understand that shortly after Mack Ford died on February 11, 2015, some old photographs were removed from his residence, including the one shown below.  Does anyone in this photo resemble Carol Ann?  (Hint: front row). 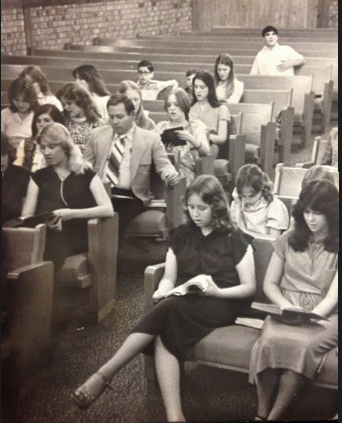 Now take another look at the photo of Carol Ann Cole (below on the right).  The hair is parted in the middle on both girls, and take a look at those similar facial features, specifically:  the eyebrows and lips and that cute nose.  Could the young lady in the New Bethany pew be Carol Ann Cole? 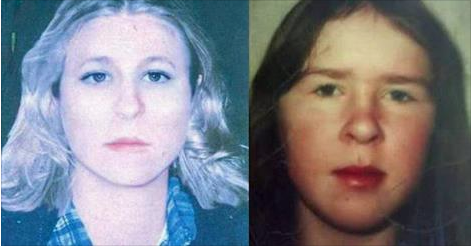 It is certainly worth pointing out that Mack Ford, the founder of New Bethany Home for Girls, modeled his school after those established by Lester Roloff, an IFB evangelist from Texas who set up a number of controversial religious girls homes.  The first Roloff home, Rebekah Home for Girls, was located in Corpus Christi, Texas.  Is this where Sue Cole left her daughter Carol Ann?  We will be publishing a scathing post on Rebekah Home for Girls in the coming weeks.

According to interviews with former New Bethany residents, it was not uncommon for girls from Rebekah Home for Girls to be transferred to New Bethany.  Also, residents of New Bethany would often make attempts to escape, scaling barbed wire fences that enclosed the compound and darting through the wooded area that surrounded it.

The Times-Picayune article reveals that someone who attended New Bethany Home for Girls in the early 1980s contacted them to say she believes Bossier Doe (who has since been identified as Carol Ann Cole) was her "watcher" for two weeks until she disappeared.  This individual has reached out to law enforcement.

Bossier Doe was wearing socks and shoes similar to those New Bethany girls were required to wear.

Finally, Arcadia, Louisiana (where New Bethany Home for Girls was located) is approximately 40 miles from where Carol Ann Cole's body was found (near Shreveport).  It's a fairly straight shot due West.  Now that Bossier Doe has been identified, we are praying for justice.

WHO MURDERED CAROL ANN COLE AND WHY?