"New Bethany took in sometimes hundreds of girls a year, according to newspaper accounts and court documents. Ford marketed the school as a home for wayward youth — 'a mission project to the incorrigible, unwanted rejects,' he told attorneys in 1997. 'Destitute, lonely, prostitutes, drug addicts.' " 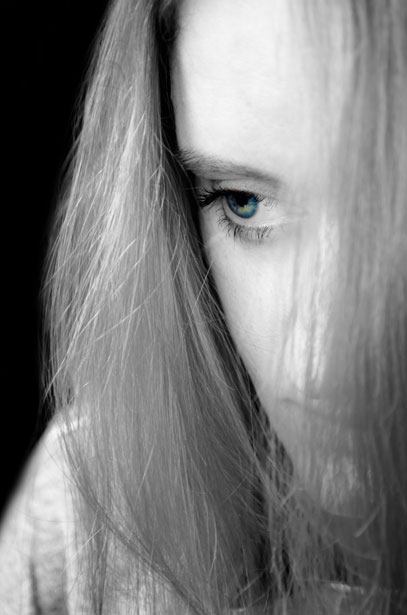 New Bethany Home for Girls – it's a topic that has only recently captured our attention.  Last month Dee provided an overview of alleged problems at this now defunct facility in a post entitled Anonymous Gives Witness to the Abuses of IFB's New Bethany Home for Girls.  As our readers know, we take a special interest in matters that involve physical, sexual, and/or spiritual abuse.  Based on accounts from multiple women who spent time in this 'home', all three forms of abuse occurred at New Bethany.

Back in 1971 Mack Ford, a high school dropout who became an Independent Fundamentalist Baptist preacher, opened New Bethany (located in Arcadia, Louisiana).  The Times-Picayune, New Orleans' newspaper, has put together a very helpful Timeline of important events regarding New Bethany.  Four years after the facility opened (1975), Mack Ford was arrested on four counts of aggravated assault.  You can read the details on the timeline.  According to news accounts, the case was never pursued in court.

Then in 1980 the Louisiana Department of Health and Human Resources attempted to shut down the facility because Ford refused to allow state inspections and licensing.  As you can probably imagine, a district judge ruled that the state had no authority to do so. In 1982 the New Bethany Home for Boys relocated to South Carolina.

Eight years later, twenty-eight students were removed from New Bethany following complaints of abuse by two runaways.  Twenty-four of the residents decided to remain.  According to the timeline in 1988:

New Bethany staff members refuse to cooperate in the investigation, decline to identify themselves and take photos of state workers. According to court documents, interviews with 47 girls produce information that supports allegations of abuse, extreme emotional abuse and threat of further harm or injury: "Many of the residents were exhibiting great anxiety." Ford denies allegations of abuse, but says the home does use a wooden paddle for discipline.

To keep the state from inspecting the facility, "Ford files a federal lawsuit against the State of Louisiana, requesting a permanent order to keep government officials from interfering in New Bethany operations."  A couple of months later, the lawsuit is dismissed.  New Bethany closed several times in subsequent years, which you can read about on the timeline.  Finally, after thirty years in operation, New Bethany closed.  The timeline includes the following:

The board of directors for New Bethany Home for Girls votes to close close the residential boarding school and turns over all property and bank accounts to New Bethany Baptist Church. "Having lost state and federal cases and with no further recourse available, it has become necessary to seek other options for the holdings," minutes from the meeting state.

Incredibly, some of the women who allege they were abused at New Bethany Home for Girls are now speaking out as this video reveals.

WARNING:  Graphic language!  May be triggering.

Not long ago several of the alleged victims returned to Arcadia, Louisiana to see the place that has haunted them – New Bethany Home for Girls.  Even though the facility closed in 2001, it appears that Mack Ford has continued to live on the property.

Then on February 11, 2015, Mack Ford died of an apparent heart attack.  Looking back, his passing occurred exactly one week after our initial New Bethany post.  Here is an excerpt from a Times-Picayune article announcing Ford's demise:

The man who founded New Bethany Home for Girls, where some former students say they were abused, has died.

Mack Ford, 82, was found dead inside his home shortly before 8 p.m. Wednesday (Feb. 11) by a relative, Bienville Parish Coroner Don Smith said. Ford's death appears to be from natural causes, but Smith said his office will be conducting an autopsy.

Over three decades until it closed its doors in 2001, New Bethany took in sometimes hundreds of girls a year, according to newspaper accounts and court documents. Ford marketed the school as a home for wayward youth — "a mission project to the incorrigible, unwanted rejects," he told attorneys in 1997. "Destitute, lonely, prostitutes, drug addicts."

As I have begun learning about the painful experiences of these New Bethany survivors, they have captured my heart.  Some have had the courage to share their stories, which you can read here.

How did New Bethany Home for Girls survive for three decades despite inquiries by law enforcement officials, court battles, and accusations of abuse?  In the wake of Mack Ford's death, that is the million dollar question.  We will be delving deeper into this story in the weeks to come, so stay tuned!

In the meantime, here are some of those brave women who have come forward to confront their painful past at New Bethany.