“I found I wasn’t asking good enough questions because I assumed I knew something.” – Alan Alda link 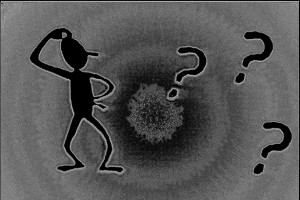 Due to the meteoric rise of the ARC, we will be looking at the various issues surrounding demons since it seems to take up much of their teaching. Robert Morris has claimed that he has had many demons cast out from him and routinely gets help from his church in getting rid of more demons. He also claims that those who do not tithe open themselves up to demon possession. Since @ 95% of Christians do not tithe, the church could be one huge enclave of possessed Christians, if Morris' unsubstantiated claims are true.

I began to wonder how a theologian outside of the ARC might view this subject. Would he be more logical and careful as he approached the subject? I came up with a video in which John Piper describes an encounter with a young woman who he says was possessed a demon. Listen to the 6 minute video as Piper answers the questions "Have you exorcized a demon?"

Here is a synopsis of the video from the Christian Post. Please note the title: John Piper's Personal Experience With Exorcism. He believes he was involved in exorcizing a demon in this instance.

(Piper) shared "a rare story" from long ago when some college students had called him at night saying they had cornered a girl they said was demon-possessed in a video posted on the Desiring God website.

When Piper and an associate reached the students' room, they saw a young woman in her 20s who looked "very hard and angry and dark in her face." The students told Piper it was not her – not her voice, not her face – and she was possessed.

Not knowing what to do, Piper began to read the Bible. "For the next two hours… roughly… she would shout, scream, come over… knock the Bible out of my hand. She pulled out, at one point, a knife, a little pen knife (with about a four-inch blade). I still had my winter coat on … So I thought to myself if she sticks me with that, it won't kill me."

But the girl only threatened, she didn't hurt anyone.

How do Piper and Morris know if those they encounter are truly possessed?

Morris and Piper do not mention the need to do a careful mental health assessment before declaring someone is possessed. Piper says that we should be very careful when we  claim someone is possessed. However, it appears that in this instance he was not. The Vatican issued guidelines in 1999 which appear to be more sound than the Reformed Piper.

According to the Vatican guidelines issued in 1999, “the person who claims to be possessed must be evaluated by doctors to rule out a mental or physical illness.”[7] Most reported cases do not require an exorcism because twentieth-century Catholic officials regard genuine demonic possession as an extremely rare phenomenon that is easily confounded with natural mental disturbances. Many times a person just needs spiritual or medical help, especially if drugs or other addictions are present.

Neither John Piper or Robert Morris are professional medical doctors. What appears to be demon possession could be schizophrenia, a bad drug interaction, epilepsy, auras surrounding migraine headaches, brain tumors, endocrine issues, and a myriad of other conditions. However, those are far less interesting than possession.

What about satanic ritual abuse and crimes such as child sacrifice and abuse.

Within Christendom, it is believed that participation in Satanic rituals leads to demon possession. In the 1970s, a number of Christians began to believe that there was routine Satanic ritual abuse happening all over the United States. This coincided with the publication of Mike Warnke's book, The Satan Seller.

Unfortunately, Warnke was proven to be a liar in 1991. However, the damage was done. Many Christians jumped on the Satanic abuse bandwagon, claiming that covens were everywhere. I cannot begin to tell you the numbers of Christians who have told me that they *knew* Satanists were performing child sacrifice on a regular basis. Such Christians claimed that they heard such testimony by those who left Satanism when they became Christians.

Here is a question to ponder. If someone comes to the faith but has participated in a crime prior to that, shouldn't they report the crime and make restitution? Here is what I ask whenever anyone claims they know about *Satanists* sacrifice babies or rape and kidnap. Don't you think that you are morally obligated to report such a crime in order to bring restitution or relief to those who were harmed?

Are these stories of Satanic abuse true? Should Christians spread unsubstantiated claims of demons, etc.?

During the "Satanist behind every corner* scare, Christians were amongst the biggest culprits in spreading a rumor that Proctor and Gamble executives worship Satan. This claim was patently false and led P&G executives to turn to the courts for relief from these lies. Snopes lists the claim.

I attended a woman's Bible study in the 90s in Dallas. A woman in the study requested we pray for this particular problem. I asked her if she had actually heard the program. She said her good friend did and she doesn't lie. I informed the group I would not be praying for this ridiculous claim. To make matters worse, a pastor sent out an email saying the exact same thing. I wrote him and warned him that Proctor and Gamble was threatening to sue anyone who passed on this rumor. He apologized.

However, Christians were not the only ones falling for reports of Satanic ritual abuse. The McMartin preschool child abuse trial showed how far the "satanic panic" reached into the general population. From Wikipedia:

Members of the McMartin family, who operated a preschool in California, were charged with numerous acts of sexual abuse of children in their care. Accusations were made in 1983. Arrests and the pretrial investigation ran from 1984 to 1987, and the trial ran from 1987 to 1990. After six years of criminal trials, no convictions were obtained, and all charges were dropped in 1990. When the trial ended in 1990 it had been the longest and most expensive criminal trial in American history.[1] The case was part of day care sex abuse hysteria, a moral panic over alleged Satanic ritual abuse in the 1980s and early 1990s.

Note that one of the main accusers finally admitted to being mentally ill.

Johnson, who made the initial allegations, made bizarre and impossible statements about Raymond Buckey, including that he could fly.[1] Though the prosecution asserted Johnson’s mental illness was caused by the events of the trial, Johnson had admitted to them that she was mentally ill beforehand. Evidence of Johnson’s mental illness was withheld from the defense for three years and, when provided, was in the form of sanitized reports that excluded Johnson’s statements, at the order of the prosecution.[22]

However, after the panic died down in the late 90s, research seemed to indicate that there was very little evidence of any sort of rampant abuse by Satanists.  This, of course, raises questions about the veracity of the young woman in Piper's story since she claimed to be involved in Satan stuff that could get her arrested.

You should note that this alleged incident of Piper and the demon occurred 20 years ago, during the Satan panic.

Why would John Piper not want a crime to be reported?

This statement bothered me the most in the whole Piper and the demoniac video.

Piper said he wouldn't give details because she could get arrested if he did.

Well, maybe she should be arrested and stand trial for whatever it is that she participated in. There are problems with this line of thinking.