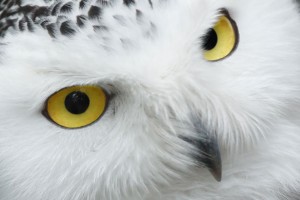 TWW has offered our blog as a platform for people involved in the Mars Hill situation. Rob Smith, a former Mars Hill leader, has asked us to post the following request. He has yet to share his own sad Mars Hill story. However, he will be doing so at TWW in the very near future. I had the privilege of meeting with Rob 1 1/2 years ago and we have kept in contact since that time, much to my delight. He is a warm, thoughtful man who loves people. He also has a fascinating ministry in Africa. But that is for another post. Be sure to read the last paragraph.

I have been hoping that writing this post would not be necessary. I am deeply saddened that it has become a necessity.

It is intended to encourage readers to support an effort to bring the Executive Elders of the disgraced Mars Hill Church to the table to settle deep grievances. A mediation fund has been set up for this purpose.

Literally hundreds of families have been harmed in the church that Paul Tripp, the nationally known former Board member, said was the “most abusive and coercive church” that he had ever worked with.

The leadership has failed to address the abuse, both of people and of resources, and is attempting to dissolve the church in an effort to simply bury their actions and walk away. As those who have experienced church abuse know, failure to address the abuse will leave permanent wounds that will remain unhealed for years, while addressing the abuse helps bring healing and closure.

We have repeatedly appealed to the leadership to address the abuse and to open their books. We have asked them to come to the table and allow mediation to address the serious unresolved grievances.  They have stubbornly refused.

Despite ex-elders and ex-members calling for transparency, and despite story after story of families reporting having been shunned and treated abusively, the Executive Elders have simply refused to respond. While they admit an “unhealthy culture” and admit “mistakes were made” they are unwilling to come to any setting where the aggrieved by these admissions can be heard.

In a sordid interpretation of 1 Corinthians 6, where Paul addresses how to deal with trivial grievances between Christians, the abusive leadership at Mars Hill Church have, through their lead pastors David Fairchild and Ed Choi, encouraged those that have been abused to simply agree to be “defrauded” and walk away as if the abuse had not occurred.

The abuser is telling the abused that he or she has no recourse. This is just further abuse. It is no wonder Paul Tripp called the church the most abusive he had ever worked with. This attitude is deplorable and deeply hurtful to those that are seeking redress.

Seven years ago, for proposing changes in soon-to-be-voted-on new bylaws that radically altered the accountability of the lead pastor, former Pastor Paul Petry was fired, put through an unfair trial, and finally shunned from the church that he served.  Despite the overwhelming evidence of his innocence, including 15 former elders that recently asked him for forgiveness, Mars Hill Church closed its doors on Sunday with that shunning order still in place.

This is the same church that allowed the disgraced Mark Driscoll to leave stating that he was not disqualified to be in ministry. Paul Petry, an innocent man, is still disqualified and to be shunned, and Mark Driscoll, who became a millionaire while Mars Hill Church’s lead pastor, and who ran the most abusive church in recent church history, moves on with the blessing of its remaining leaders.

Millions of dollars raised are unaccounted for, while we continue to find blind trusts tied to Mark Driscoll that have apparently bought houses for him and through which monies have flowed.  Millions of dollars have been raised for African and Indian efforts with the intended plan to redirect the money and to withhold that information from the donors. All to grow the empire of a church that to the end refuses to open its books.

The wounds of hundreds of families and donors remain open and unaddressed. And the leaders, who repeatedly say that Mars Hill Church is all about Jesus, want to shut the doors and bury the reality of its actions.

In an effort to have grievances addressed and donors questions answered, several former members and donors have asked to meet in mediation. The alternative, a civil lawsuit, is unthinkable yet become increasingly likely. The Executive Leadership at Mars Hill Church have refused to allow a means to address the many grievances, and even to this day will not allow mediation unless they see the alternative first. They will not make a decision on mediation until and unless they see the likelihood of a civil lawsuit.

The cost of mediation or a civil lawsuit is high.

Mediation will cost at least $15,000 to $20,000, plus the cost of our attorney. Seeing that the leaders will not consider mediation unless we prepare a civil lawsuit, we have had to engage our lawyer to prepare the suit. This is likely to end up costing a similar amount of money. If the leadership forces us to file the suit rather than mediate, the costs will continue to add up.

There have been literally thousands of people who have heard about the abuse at Mars Hill Church. In my blog, “Musings from under the bus”, I regularly have thousands read each blog post. The Facebook group “We are not anonymous”, which has been a place for aggrieved members to process and call for justice, has well over thirteen hundred members.

I appeal to the many caring readers that have been following our story with interest, prayers and support to now join us to pay for the costs of this call for mediation. If we all support the fund, we can afford to move forward, and the leadership will see that we have the support needed to bring them to the table.

A caring donor to the mediation fund will match all donations up to $40,000. Every dollar donated will be doubled. Together we can show Mars Hill Church that we will do what it takes to have our grievances heard and addressed.

Please support this effort. The outcome, Lord willing, will be the beginning of healing for many families and donors.

Here again is a link to the fund.

I have heartfelt thanks to the caring family of Wartburg Watch. You have cared with interest over the years of expressing our pain. It has been amazing and brought much healing. To this day I have not told my story – a story that includes the leadership at Mars Hill Church attempting to destroy my character, career, and my ministry to orphans in Africa. It is a story that I will share here in the near future. I have not wanted my passion for those hurting because of the abuse at Mars Hill Church to be all about me or my ministry, which is why I have not told my story.  But, like Paul Petry’s story, it does need to be told as it represents many, many untold stories that we may never hear.