'If you're horrible to me, I'm going to write a song about it, and you won't like it. That's how I operate.”― Taylor Swift link 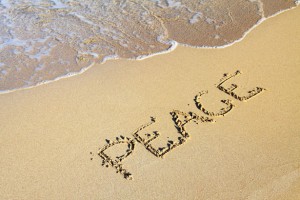 Dr Warren Throckmorton is a Professor of Psychology at Grove City College, published author, and blogger at Patheos. It is rather ironic that he is involved in a national effort to reduce bullying amongst evangelical youth.

With Cru Regional Director Michael Frey, I co-founded a bullying prevention initiative called the Golden Rule Pledge. We promote the application of the Golden Rule by evangelical youth as a means of preventing school bullying. The GRP is listed on the federal government’s anti-bullying website and a partner with the Pacer Center for National Bullying Prevention Month in October of each year.

He has revealed that he, too, received threats at the same time as TWW received threats. TWW had been made aware of this and reported those threats to the police yesterday. Here is what Dr Throckmorton has to say in this post.

The folks behind Wartburg Watch have reported that they have been threatened since writing about Mr. Catanzaro’s cancer operation. I have as well. I do think Mr. Catanzaro should publicly condemn threats made with regard to coverage of his situation. I have emailed him and asked him several questions with no response.

I have also asked Mars Hill Church what prompted them to remove John Catanzaro’s articles from the Resurgence website with no reply.

For years, I have watched with dismay as Mark Driscoll discusses, with admiration, cage fighting, which he describes as

"there being nothing purer than two guys in a cage" (fighting) to see which man is better".

At the same time Driscoll had made threats to punch former pastors. This could be perceived, erroneously I am sure, by his followers as an endorsement of bullying. As we know, John Catanzaro and others are members of that church and admirers of Driscoll. Could it be that some of Driscoll's followers believe that threats are a part of "gospel" Christian behavior? Who knows? But I wish it would stop.

I am sure that John Catanzaro and Mark Driscoll would never, ever endorse threats to two women and a professor who investigated the publicly stated credentials of Mark Driscoll's naturopath. As Jesus said "I am the Truth." Since both of them are Christians, we would assume the two would endorse the truth, even it it is inconvenient or difficult.

Many people are Biblical literalists. We want you all to know that Dee and Deb takes things literally, especially when it comes to threats. To those who have threatened us and to those of you who are their friends, we want to emphasize something. Threats to go after people may be acceptable in Seattle but they are not in North Carolina and Pennsylvania. It is time to stop the bullying and act like Christians.

In fact, we would suggest that Mark Driscoll, John Catanzaro and others lead the way in in having their followers, like some evangelical youth, take the Golden Rule Pledge. It seems some of them, although adults, need remedial "gospel" education..