"Are men allowed to attend?  No…

Are men allowed to volunteer?  Yes! [before and after]" 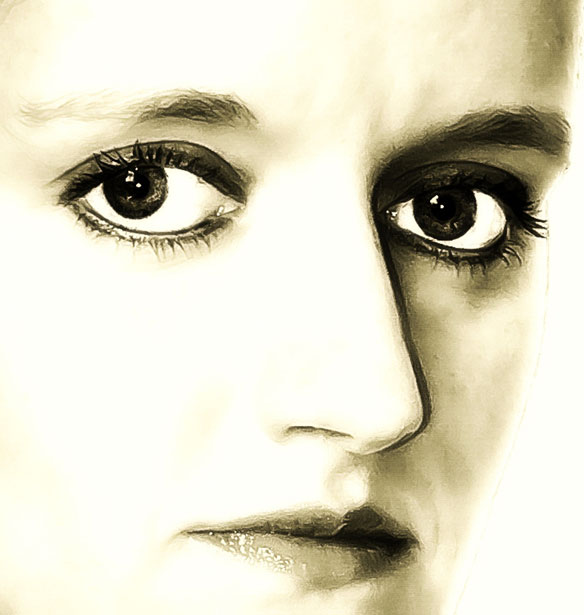 The second National Women's Conference sponsored by The Gospel Coalition takes place June 27-29, and registration is underway.  Churches in the Neo-Cal camp are beginning to promote the conference, with some using promo material on the conference website.  Because it will be held in Orlando, we suspect some attendees will be accompanied by their families, who will likely hang out at Disney World, Universal, etc. while the matriarchs are taught biblical womanhood.  If the husbands of attendees travel to Orlando with their wives and children, they will no doubt be looking after the kiddos the entire time.  Why?  Because they are NOT ALLOWED at the women's conference.

TGC will offer a pre-conference (included in the conference fee) that covers the topic Male and Female He Created Them.  The website states:

The Pre-Conference focuses on God’s good purposes in his creation of human beings as male and female. We’ll highlight Scripture’s teachings concerning men and women in the church and in marriage, and we’ll talk about these teachings both theologically and personally.

The first frequently asked question regarding the conference is: (link)

Are men allowed to attend?

Answer:  No. This conference is for women only. At the inaugural Women’s Conference in 2012, many families traveled together to Orlando. The men got together to watch the kids while the women attended the conference.

Another frequently asked question is:

Are men allowed to volunteer?

Answer:  Yes! We especially need men on Thursday afternoon and Sunday afternoon to help set up and tear down. Outside of volunteering, men are not permitted to attend sessions.

If you look at the list of speakers, there are three men who will be addressing the female attendees, namely:  D.A. Carson, Tim Keller, and John Piper.  Keller's wife (Kathy) will also be speaking, as will Piper's wife (Noël).  John Piper's teenage daughter will be speaking together with her mother.  For the most part, the other speakers are basically the same old, same old.  It is interesting, however, that Mary Kassian and Carolyn Mahaney are not included, although Carolyn McCulley is listed.

It is no wonder that husbands are not allowed to decide for themselves whether to attend the Orlando conference with their wives.  Here is their fearless leader John Piper offering his interpretation of 1 Timothy 2:12 on the Desiring God website.  The following question was asked of Piper:

Would a pastor who uses a Biblical commentary written by a woman be placing himself under the Biblical instruction of a woman?  If so, would this not go against Paul's instruction in 1 Timothy 2:12?

Here is a portion of John Piper's response:

"…the issue is one of how does manhood and womanhood work?  What is the dynamic between how men flourish and women flourish as God designed them to flourish when an act of authority is being exerted on a man from a woman.  And so I distinguish between personal, direct exercises of authority that involve manhood and womanhood because it's personal.  She's right there.  She's woman on man, and and I'm being directly pressed on by this woman in an authoritative way.  Should she be doing that; should I be experiencing that, and my answer is no.  I think that's contrary to the way God made us…"

If you are so inclined, please listen Piper's entire response.  It sheds much light regarding what he believes about women.  As I listened to it, I recalled how John Piper was raised primarily by his mother because his father was an evangelist who traveled extensively and was away from his family for much of the time.

All of this brings back memories of my first experience in a conservative church.  My daughters were young, and our family belonged to a Methodist church.  It had a wonderful music program, and we enjoyed the minister's sermons, but we were concerned about how this church's more moderate stance on some issues might affect our daughters.

We began attending a Southern Baptist church a couple of miles from our home.  After being involved for a number of months, we felt comfortable joining.  I knew at the time that Paige and Dorothy Patterson were members, although they traveled extensively on weekends.  In fact, Paige Patterson was President of the Southern Baptist Convention when we became members, and I did not have any problem with that (at the time).

Several months after joining the congregation, I received a postcard from AnGeL Ministries (Anne Graham Lotz), announcing for the first time the Just Give Me Jesus events.  I was so excited!  I took the postcard to church the next Sunday and showed it to the lady who headed up the women's ministry.  She sneered and said, "Anne Graham Lotz has no business preaching to men!" (or something like that).  I recoiled and said, "I would imagine these events are geared toward women and that not many men would attend."  I was crushed!

That was about 14 years ago, and I am still negatively affected by condescending attitudes like that.  I don't believe I am alone…

It certainly appears that The Gospel Coalition's position is that women have NOTHING to say to men in any formal context.  Men are not even allowed to attend a mixed gathering at which the female gender will be speaking because they have to be protected from women teaching up front. TGC leaders obviously don't believe men are capable of making their own decisions as to whether or not they would choose to listen to a woman.

Furthermore, there seems to be a cadre of people (both men and women) who are in charge at TGC and are bound and determined to protect men from women.  And, of course, they are the ones who will be speaking at the 2014 National Women's Conference.

One has to wonder whether the complementarian tribe is increasing when it takes positions like this.  How must a watching world be viewing all of this?   We would love to hear your opinions on the barring of men from TGC's women's conference.