One hundred religious persons knit into a unity by careful organization do not constitute a church any more than eleven dead men make a football team. The first requisite is life, always.“- A. W. Tozer  link. 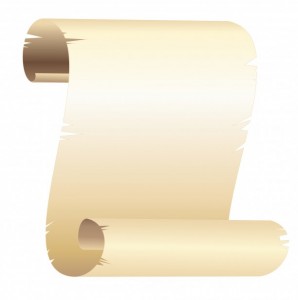 Did you know that there is a brewing scandal in today's church? Did you know that it is soooo bad that, unless you are desperately ill, you must be in church on Sunday. That's right-"desperately" ill. And if you aren't, you might not even be a Christian? That's right. Salvation is not measured by a relationship with Jesus Christ. It is measured by church attendance of greater than 9 Sundays a year. Here's the background.

In an article on 1/1/14, Fourteen Predictions for American Churches for 2014 Part One, link, Thom Rainer makes a number of predictions worth discussing but I am going to limit it to two for now. Watch for the new buzz word "higher expectation membership." He says

3. Decline in conversion growth. American churches that grow are more likely to get their growth at the expense of other churches. Evangelism is waning in many churches, and fewer non-believers are becoming Christians.

A major decline in conversions leads to a new focus on blaming church members for a decline in attendance at churches.

Interestingly, on 10/4/13, Rainer wrote Number One Reason for the Decline in Church Attendance link. In it, he offers 5 solutions to declining church attendance which he claims have been of help in hundreds of churches which he did not identify. Darn…. it would have been helpful to know which ones to avoid. Focus particularly on #5.

So who or what is really to blame for declining church attendance?

​Here is the heart of the manner. Why is church attendance dropping in the United States? Could it be the increasing hyper-authoritarian leadership going on in one sector of the church while in another sector we have the antics of the prosperity pimp preachers? Could it be the growing disgust at the child sex abuse scandals and pastors who plagiarize?  Naw, the real problem is, get ready folks,… you've been down this path before…., YOU. And it is time to whip you into line.

TWW has written that the growth of mega churches is not due to conversions, as is popularly portrayed, but by simple transfer growth link. These churches bring in the people from boring little churches who cannot compete with the resources of the megas. These people get into the hot new worship experience of the mega performance churches, complete with cool sermons partially written by well-paid ghostwriters and delivered by well-coiffed, expensively dressed, hipster preachers. How can the little guys compete? These new members, however, are not new Christians, just transfer members. At least Rainer agrees with us: fewer nonbelievers are coming to Christ.

How do we create the illusion of church growth? Cook the books.

So, since conversion does not seem to be the most effective way to grow the churches, we need to get those who are already coming to come more. Then we can "cook the books" and pretend, for a little while longer, that everything is really OK.

The solution is to up the attendance rate by members.

In this article on 8/19/13 by Rainer, The Number One Reason for the Decline in Church Attendance and Five Ways to Address It, link, he elaborates why the problem is you, lowly church member.

Stated simply, the number one reason for the decline in church attendance is that members attend with less frequency than they did just a few years ago.

Rainer, DeYoung and others do this by making members feel guilty even when they say they are not. Watch for the buzz words which I will highlight.

Kevin DeYoung enters the fray and gets some unexpected push back. In The Scandal of the Semi-Churched  link (ed. note: pay attention to the words "scandal" and "semi-churched"). DeYoung refers to Rainer's post in his article and it is safe to say that he is jumping on the bandwagon. He claims that he does not wish to be legalistic, but it seems to me that he didn't achieve his goal

The danger of legalism and false guilt is very real. But so is the danger of disobedience and self-deception.

He defines what constitutes obedience.

As our readers know, Dee likes specifics. I often ask what people mean by terms like "church discipline" or "complementarianism" which I contend are ill-defined terms. These words can be made to say whatever anyone wants them to say. Thankfully, DeYoung holds himself up as a role model for church attendance as he attempts to explain how to minimize being gone from church on Sundays.

I don’t want to be legalistic with this question. I’ve traveled on Sunday before (though I try to avoid it). I take vacation and study leave and miss 8 or 9 Sundays at URC per year.

It is important to realize that DeYoung is a pastor and he feels it is appropriate to be away from his main job (at least the Neo-Calvinists tell us that this is the case), which is the preaching of the sermon in church for 9 weeks a year. That works out to about 2 months of Sunday sermons per year.

Now, with his "me good" defined, he goes in for the "you bad" kill.

You might want to think twice about investing in a second home that will draw you away from your church a dozen weekends every year.

That's right. The new rule is this. It is godly for him to miss giving sermons 9 weeks a year but it is ungodly for you to be gone from church 12 times a year.

I have to hand it to DeYoung, he endured 277 comments, many of which could be categorized as "not amused." However, today, I can only access one page of comments but it must be a glitch.

He now proposes solutions for the disobedient along with the ever effective "you might not be a Christian" threat.

Now let me list the 5 points he makes and see if you can see a pattern in his suggestion. I particularly like #5.

1. Have you established church going as an inviolable habit in your family?
2. Do you plan ahead on Saturday so you can make church a priority on Sunday?
3. Do you order your travel plans so as to minimize being gone from your church on Sunday?
4. Are you willing to make sacrifices to gather with God’s people for worship every Sunday?
5. Have you considered that you may not be a Christian?

Did you notice? The finger points only at you. And you may not even be a Christian. It gets worse.

You should only miss church for a desperate illness.

Except for desperate illness, we were going to show up.

I would have to assume that he thinks this policy is a net good or he would not have even mentioned it. What in the world is a desperate illness? Perhaps he is not aware that some non-desperate illnesses should keep folks out of church. Newly diagnosed pink eye, strep throat (in the early stages of treatment), flu like symptoms, etc. are a few examples.

Let's review the words used in regards to those who are missing more than 9 Sundays (certified gospel approved) a year.

Pretty bad, huh? Notice who is to blame. It is YOU. Every solution to the problem of declining church attendance is in your hands and if you miss 12 weeks a year, you might not be a Christian. This is the latest tactic in certain circles. Where is the finger pointing back at them? Could they have anything to do with it? Since it appears that we are having trouble getting non-Christians to grace us with our presence in the church, they want to go after the ones in the church.

Take attendance and pretend you care.

Now, back to Thom Rainer link. He has a solution and, in my opinion, it is a bad solution. In the above quoted post he elaborated on "taking attendance."

Monitor attendance of each member. This approach is often difficult, especially for worship attendance. That is why the traditional Sunday school approach of calling absentees was so effective. Perhaps churches can incorporate that approach in all groups. Members are less likely to be absent if they know someone misses them.

There is a reason that Sunday school classes stopped calling in many churches. Let me give you a personal example. Real caring is calling up people you really care about and getting into their lives, not by making some rote call with a checkmark next to the name. Here is how it worked in an SBC church class that I attended. We had about 40 people attend on a regular basis. The church then insisted on adding names of members to the list even though they had never come to our class. Then they could say that "everyone" at the church had a Sunday school class. We asked to have the names removed but we were not "allowed."

So, out of curiosity, we started calling all the absent names on the list. The response was not pleasant. "Why are people bothering us?" Most of them did not come to Sunday school and did not wish to do so. We stopped these invasive calls and insisted on removing their names from the list. It was not well received by the bean counters who were probably reporting stats to folks like Rainer, Stetzer, et al.

My prediction: Go ahead. Start roll call on Sundays. Let's see how fast you can lose another 20-30% of church attendees. In fact, I think it is possible to lose a whole lot more than that. When that happens, you can feel really good by pretending that they weren't real Christians like the ones who miss only 9 Sundays a year.

Then, you can institute heresy Sundays in which you quiz everyone to within an inch of their lives on their understanding of your pet doctrine du jour. You will whittle out another 30% or so. Then you won't need to pay for more buildings and more staff. There won't be many left to care.