“Yesterday is history, tomorrow is a mystery, today is a gift of God, which is why we call it the present.” 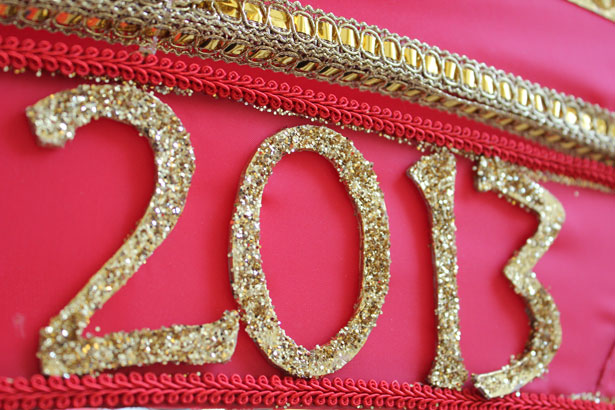 (This post will take the place of Wednesdays' post-giving you all a chance to sleep in.)

Another year of blogging has come and gone, and what a busy one it has been!  We are grateful to our readers who help us realize which topics are striking a cord (or nerve) in Christendom.

Our tradition here at TWW has been to highlight what we consider to be our TOP TEN posts of the year. Each of these articles garnered considerable commentary.  Sometimes we think back to when we received our first ever comment and wondered whether anyone would care to read what we have to say.  We now find it mind-boggling that some of our posts have hundreds of comments.  They are one of the factors we used to gauge the popularity of our posts (you will find the number of comments at the time of this ranking beside the post title).

We will work our way up to what we consider to be the Number One post for 2013 and then throw in a few “honorable mentions”.

10.  Will The Gospel Coalition Continue to Laud Mahaney/SGM Amid Allegations of Abuse?  (287 comments) link

As Sovereign Grace Ministries' problems escalated amid allegations of abuse and cover-up, we questioned whether those involved with The Gospel Coalition would continue to back Council Member C.J. Mahaney and his 'familly of churches'.  Interestingly, Mahaney conducted a workshop at TGC's National Conference in early April.

Then in late May, TGC finally broke its silence regarding the lawsuit filed against Mahaney, et al by issuing a statement (signatories included D.A. Carson, Kevin DeYoung, and Justin Taylor). It is certainly worth noting that the following qualification was added to the TGC letter of support:

This statement reflects the views of the signatories and does not necessarily speak for other Council members, bloggers, and writers for The Gospel Coalition.

Dee called attention to a a confidentiality agreement that we understand must be signed by employees and anyone who wishes to "volunteer" at Steven Furtick's Elevation Church in Charlotte link. Much of the verbiage in that agreement can be found in the post.  Secrecy seems to be in vogue at Elevation Church because as far as we can determine 'Elevators' (those who attend Furtick's church) found out about their pastor's 'not so great' estate through the press, not from their leader.  (see our post in the #6 spot for more info.)

In this Memorial Day post, Dee took a closer look at church discipline, which has become quite a buzzword for the Neo-Calvinist crowd.  She explained that while it may sound like a good idea, few churches carefully define the types of sins that are disciplined up front. They also do not define the method of discipline that is employed. In other words, you are subject to their decisions and their methods and have little to no say in the matter. You are just a "wee little sheep" in need of some punishment.  If you have been hearing a pastor use the phrase "church discipline", it is important that you challenge him regarding what he means and when and how it will be exercised.

Just when you thought there were too many Christian conferences, the Calvinista crowd comes up with one more, Crosscon, a missions conference aimed at college students.  As the mother of a college senior, I became greatly concerned because a member of the leadership team (Sitton) indicated they need to train 'the right kind of missionaries'.  This event, which is wrapping up in Louisville, featured a host of Neo-Cal leaders which you can review on the conference website.

6.  Steven Furtick – Hiding His Light Under a Bundle (370 comments) link

Last fall we learned that Steven and Holly Furtick are building a 16,000 square foot residence on 19+ acres of land near Charlotte.  They claim this project is being funded through book sales and advances.  Really?  When the "Elevators" became aware of it through the media, Furtick told the congregation that the house "is not all that great!"  The story has been widely covered by local and national news outlets, and we will continue to monitor developments in 2014.

In this post, I pointed out that Tim Challies is promoting yet another Driscoll book called Who Do You Think You Are? It was published after the Driscolls' Real Marriage book, and this is what Challies had to say about it:

I am quite certain that I have read each one of Driscoll’s books, and I am confident that this one displays the greatest level of pastoral care and sensitivity. Driscoll is writing as a pastor and often illustrates his points by relating the stories of people in his church, describing how they came to find a new identity in Jesus Christ. He writes humbly and with carefully-chosen words, rarely turning far from the biblical text. He dedicates this book to his daughter and it is a book most fathers would be very glad to have their daughters read."

I concluded the post as follows:  "You see, that's the problem.  Time and time again, Mark Driscoll has demonstrated his incredible immaturity and inability to show 'pastoral care and sensitivity'.  Now that he has garnered so much criticism for his crass language, for firing two beloved Mars Hill elders, for consolidating power at his church, for his 'marriage' manual, for his pornovisions, and on and on and on, Driscoll is trying to change his bad boy image, and Calvinistas like Tim Challies are helping him do it."

In the fall of 2008 Dee and I began to learn about C.J. Mahaney and Sovereign Grace Ministries.  Several months before we decided to launch TWW, we went to hear Mahaney in person at a Sovereign Grace church in our area.  This post was a reflection on that experience and my concerns about SGM's then president.  We continue to pray for those who have been hurt in some way by the highly authoritarian leadership that characterizes SGM.

In this intriguing post, Dee asks this question:  "Did you know that "biblical" dating now means that one should only date those of the Reformed persuasion?"  And she shared my question in all seriousness:  "So, If a Calvinist marries an Arminian are they unequally yoked?  Dee aptly points out that Christians can change over time – Calvinists have become Arminians and  Arminians have become Calvinists. Egalitarians have become complementarians and vice versa.

Calvinism has been a hot button issue in the SBC for quite a while.  Frank Page, president of the SBC (who believes that the doctrines of grace include free will), appointed a 19-person committee (which included one women – a homemaker), to determine how Baptists can learn to get along despite their theological differences.  We linked to this committee's report – Truth, Trust and Testimony in a Time of Tension – and encouraged commentary prior to the SBC Annual Meeting last June.

This post received far more comments than any of our other posts in 2013.  In it, Dee focused on why she believes John Piper is "so, so very cold".  Back in February, Piper spoke at Sovereign Grace Church Louisville, a church plant where C.J. Mahaney pastors.  In his opening remarks, Piper proclaimed:

Dee concluded that by choosing to support C.J. Mahaney, John Piper is actively choosing to ignore victims and the hundreds of reports of problems.  She also explained:   "I believe that John Piper has a rigid agenda and that is to preach Neo-Calvinism and complementarianism at all costs. In so doing, he has let his theology trump his love."

We are extremely grateful that Boz Tchividjian has been reaching out to those who are hurting.  His GRACE organization has been a blessing to those harmed by authoritarian and abusive teachings.   Earlier this year he challenged Christian leaders who supported C.J. Mahaney and SGM.   Please join us in praying for Boz and his important work in Christendom.

We have been inspired by Eagle's transformation from a bitter agnostic to a true brother in Christ.  May the coming year be a therapeutic one for many of you who are struggling with your hurts, anger, and frustration, just as Eagle did.  We want to be a supportive community for you in 2014.