You yourselves have seen what I did to Egypt, and how I carried you on eagles’ wings and brought you to myself Ex 19:4 NIV 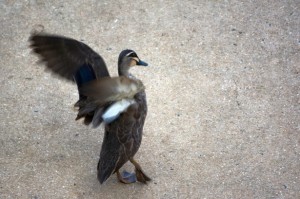 We had planned to tell Eagle's wonderful story this week. However, due to some unexpected and encouraging events, we have decided to postpone his story for about one month. All is well. Actually, better than well. Eagle will be baptized this coming Sunday at Fairfax Community Church. Dee and her husband will be in attendance.

So today is a post of inspiration and encouragement.

Elastigirl is a long time regular commenter on this blog. I find her to be both loving and encouraging and from the comments, I would say that most of you agree. (Hard nosed authoritarian types do not.They don't like me much as well.)  She has a particular knack for knowing when someone, or something, is getting a bit intense and intervenes in a unique way. "Tickle, tickle, tickle" never fails to make me laugh. I think see believes that Christians would get along better if they met over sloppy joes and hot fudge sundaes. Here is what she said: (Muff: This one is for you!)

This is very inspiring. Trust me on this one. Perhaps worthy of its own post. Will put a smile (if not a tear) on anyone’s face. Especially Muff ( I really thought of him)

Here is a link to the this remarkable story.

Freedom, the eagle, almost died. She was found on the ground, covered in ice and unable to stand or fly. She was in such bad shape that the veterinarian gave her little hope of survival. Jeff Guidry made her his special project, and in so doing, developed a remarkable friendship.

After much intervention, Freedom survived but was unable to be released into the wilderness because her broken wings were too badly damaged. Over time, Freedom and Jeff were inseparable. Then, Jeff was diagnosed with Stage 3 Non-Hodgkins lymphoma which is very serious. He began chemotherapy and was sick for a long time. Then he got the good news. He was in remission and here is the rest of the story. Get your tissues.

So the first thing I did was get up to Sarvey and take the big girl out for a walk. It was misty and cold. I went to her flight and jessed her up, and we went out front to the top of the hill. I hadn't said a word to Freedom, but somehow she knew. She looked at me and wrapped both her wings around me to where I could feel them pressing in on my back (I was engulfed in eagle wings), and she touched my nose with her beak and stared into my eyes, and we just stood there like that for I don't know how long. That was a magical moment. We have been soul mates ever since she came in. This is a very special bird.

Freedom used her broken wings to hug Jeff!  As you look at this remarkable video, think to yourself. How many people out there are broken and unable to stand?  Perhaps they are frozen in body and soul. They may appear a little fierce but, as this video proves, even the fiercest predator can respond to love if only we are willing to care.

TWW did a post called Ed Stetzer and the Four Fence Posts That Define His Ministry.  He said something that other pastors, many in the Calvinista set, have said. He doesn't do funerals or make hospital visits. What appears to be the most important function of to these guys is the sermon. Some have even advocated that they need to spend 30 hours in sermon preparation for what they appear to think is the most important event of the week; their sermon. link.

He told his church when he got the call that he would not be available for frequent visitation, but in order to be hired, the church would have to give him 30 hours per week of uninterrupted study time and that he would not be frequently visiting his congregation. "If they are on their death bed, I will visit them…but otherwise, don't bother me…"

Time and time again, whenever real love is shown, it captures the imagination of the watching world. When was the last time a sermon, on the intricacies of the keys of authority or how to effectively shun, did the same? Mother Theresa attracted that respect. Here, Pope Francis hugs a man with neurofibromatosis link. Some of you may know of this disease due to a movie called The Elephant Man link which was based on the true story of Joseph Merrick.

The symptoms can range from mild to severe. I cared for one patient in which the tumors developed in her eyes and face,  became malignant and needed to be removed.The extensive surgery left her terribly disfigured and in pain. I knew a man in a church who was so afflicted that children would run away from him. The tumors can become infected and secrete fluid which can, on occasion,  be unpleasant to smell. In other words, many of these people are avoided by others and rarely have the joy of human contact. This is why this act by the Pope was so profound. This video, which has no sound, shows some of the pictures taken of this encounter.

Dancing in the Face of Adversity

Many of our readers have been deeply hurt by authoritarian churches. Such churches often deliberately (or subtly) impose a "shu"n in which people actually ignored by their former church "friends." For many people, this is a pain that last a lifetime. And how those shunning churches love to watch the pain and suffering of the object of their actions. Through this pain, they gain power over their former members.

I saw this wonderful video and over the last week, kept coming back to it time and time again. Dr Deb Cohan is in OB GYN doctor with two small children. She was diagnosed with breast cancer and needed to have a bilateral mastectomy. She laughed in the face of her diagnosis, believing that a hospital can be a place of joy, support and healing. She dances to Beyonce's "Get Bodied."

Here is one account of the story along with a link to Dr Cohan's Caring Bridge account. Updated reports have Dr Cohan doing well after her surgery and recuperating at home.

A courageous local woman has quickly gained online  fame after leading a flashmob scene in her operating room moments before undergoing a double mastectomy.

Dr. Deborah Cohan, an obstetrician and gynecologist, at University of California San Francisco organized the the six-minute dance  party set to Beyonce’s hit single “Get Me Bodied.”

In addition to her medial team, the mother of two encouraged others to dance to her recovery using the website Caring Bridge.

“I have visions of nurses, patients, my community members (and maybe a few surgery residents) transforming the solemn space of a hospital  into a vibrant healing ward,” she wrote on the website.

The venue of the video is in the actual operating room in which Dr. Cohan's surgery will take place within a few minutes. Dr Cohan is the lady in the hospital gown with a really cool surgical hat on her head. if you look closely, you will see an IV which as been inserted to begin her sedation. Oh yeah, one further observation, this particular flash mob appears to be made up of all women. I think this proves why they need women at conferences!

The comments have been wonderful. However, on one forum, an obviously "holy" Christian said she found this display irritating and suggested that Dr Cohan should have spent her time in prayer! Good night! She was laughed off the forum. One of my favorite life's quotes is by Ann Lamott link.

“You will lose someone you can’t live without,and your heart will be badly broken, and the bad news is that you never completely get over the loss of your beloved. But this is also the good news. They live forever in your broken heart that doesn’t seal back up. And you come through. It’s like having a broken leg that never heals perfectly—that still hurts when the weather gets cold, but you learn to dance with the limp.”

So, one day, if you have the strength (or can fake the strength) and you bump into one of those "shunning types", hold your breath, stick on a wild smile, and high five them as you Curly Shuffle or Moon Walk past their sober and self-righteous expression. It will really miff them off and you will have won.