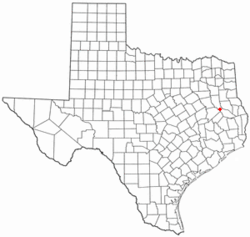 Earlier this summer we received some correspondence about a religious group in Texas that has come under fire.  It is called the Church of Wells.  Just this week we decided to investigate this ministry and have become quite concerned.

Last summer a tragedy occurred within this congregation that attracted media scrutiny.  According to a news report by KLTV:

"Deputies with the Cherokee County Sheriff's Office are investigating the death of a three-day-old infant whose parents waited 15 hours after her death to call 911.

According to Capt. John Raffield, the sheriff's office received a call at 4 a.m. Sunday in reference to the death of a three-day-old infant. The caller said the baby was born on May 23 and died around 1 p.m. on Saturday. The caller said they had been praying over the baby over the previous 15 hours before calling 911."

Earlier this year the infant's father, Daniel Pursley, published a lengthy testimony entitled His Road Is Straight and Narrow.  Toward the end of his testimony (pages 42-43) he writes about the death of baby Faith.  Here is that excerpt:

On May 23, 2012 my sweet baby Faith was born into my hands. She was a beautiful baby girl,8.6 lbs and 19.5 inches long. She looked just like our other children when they were babies,seemingly healthy with a full head of black hair. Sadly, she died three days later with what the autopsy deemed to be pulmonary valve stenosis, which is considered to be a rare disorder that occurs when the unborn baby is developing. Without us realizing what was going on inside her little body, one of her heart valves closed in on her, causing her to slip away from us in a matter of only a few minutes. I was holding her in my hands and tried to revive her, but there was nothing I could do to keep her here. We do believe that she went to be with the Lord and soon we will see her again. It was hard to believe that she was really gone, but we knew that there had been those who had “received their dead raised to life again ” by faith not only in biblical history but also in extra-biblical church history; and that if God so desired, He could hear our prayers and raise her from the dead as well. So we called on the elders of our church to pray, as we sought the Lord with prayer and fasting as a corporate body. What transpired over the next twelve plus hours became the center of controversy for the small town of Wells, TX and beyond.

The media quickly became involved and wrote articles and produced news reports, not only about baby Faith, but also about our church here in Wells. Shortly after the news reports were out, Karen Dean did the unthinkable: she posted them on her Facebook wall stirring up everyone to watch and read in a most hurtful manner. Based on her comments, it was reasonable to think that she was trying to shame and vilify us that she might continue her false message that we are a cult – while she justifies her long standing sin against us and the Lord.

According to the opening pages of this testimony, Karen Dean is Daniel Pursley's mother-in-law.  You may want to consider skimming what Pursley has written to gain a better understanding of what this religious group believes from Pursley's perspective.

Then last week the Church at Wells became the focus of more media scrutiny when a daughter from an Arkansas family went missing. A week after she disappeared she phoned her worried parents to inform them that she was O.K. and staying with those associated with the Church at Wells. Here is how the local media reported the story:

You can read the story that accompanies the video here.  According to the news media, Catherine Grove got involved in the Church at Wells in early July.

The church has published the following statement on its website (see below).

These accusations are disturbing to us all, but especially to those of us who are a part of the Church of Wells. As for me, personally, they have given me bodily weakness and sickness because they are so abominable to my soul… but my trouble is not so much for my name, but for Christ, who we confess and do represent. We have been made to look like we are telling people to cover their ears (literally) and not listen to anyone but “the elders.” That is absolutely absurd! We have been made to look as though we are brutally brainwashing our people, so that from the report (Catherine as an example) they are turned into mindless robots under our oppression and rule. We have been made to look like lunatics! And consequentially, we have been treated like animals by complete strangers everywhere!

I, Catherine Grove, am simply seeking the Lord Jesus Christ. I am a wretched sinner and I came here to Wells, TX to talk and listen to these Christians so that they could simply help me find the Lord. They are teaching me what the Bible says. There is no other reason why I am here. These people are full of integrity and are doing no wrong. These people believe and obey every word in the Bible. They are completely innocent of the wrongdoing falsely accused of them. I have actually never met anyone so pure and innocent as them. They have provided for me very well, cooking many meals for me. All I want to do is repent of sin and seek the Lord until I find Him. My parents are worried about me and I understand that, but they should be more worried about drawing me away from the Lord, by teaching something that is not in the Bible. I am not born again, and I don't think my parents are either. These people are not keeping me here against my will. They are not brainwashing me as they have been accused of. They are telling me what the Bible says."

In all likelihood, these two stories provide just a glimpse into this religious group, and they certainly appear to be red flags; however, those involved in the Church of Wells believe that theirs is the 'true church'.  Where have we seen this before?

We are left wondering about the continuum of religious organizations.  Perhaps the broader question that needs to be asked is how does a 'Christian' group go from being healthy to being manipulative/controlling to being a whacked organization?  What are the signs that a decent ministry is starting to get weird?

For some clues, we highly recommend a post we published several years ago that highlights Ronald Enroth's excellent book Churches That Abuse.   Here are the traits of abusive ministries that Enroth identifies (see if you recognize any of them with regard to the Church of Wells):

8.   Denunciation of other churches

Having read some of the information on the church website and the testimony of Daniel Pursley, a number of these traits seem applicable to the Church of Wells.  How about other churches?  Where do they fall on the continuum?  Do you know of any 'normal' churches that have become controlling, particularly when members start questioning the leadership?   These are indeed interesting (and trying) times in Christendom.