“A choir is made up of many voices, including yours and mine. If one by one all go silent then all that will be left are the soloists.Don’t let a loud few determine the nature of the sound. It makes for poor harmony and diminishes the song.”  Vera Nazarian, The Perpetual Calendar of Inspiration link 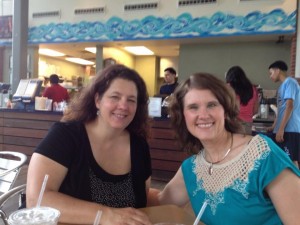 This action gives me hope that the message is finally getting through.

Here is the link to Peter Lumpkins' original resolution.

Here is the link to the Associated Baptist Press which gives an initial impression of the amendment which passed.

The  nonbinding resolution first emphasizes the need to

cooperate fully with law enforcement officials in exposing and bringing to justice all perpetrators, sexual or otherwise, who criminally harm children placed in our trust.”

The second part is the most interesting .

Messengers approved an amendment from the floor by Georgia pastor Peter Lumpkins, who proposed the original resolution behind the resolutions committee’s statement to encourage denominational leaders and employees to “utilize the highest sense of discernment in affiliation with groups and/or individuals” that have questionable policies or practices to safeguard children from criminal abuse.

Yesterday, I gave this resolution little chance of passing. Today, I am surprised. Yes, it is not strong enough. I am sure the men of the SBC can get around it, since they are pretty darn sure that they are the official "discerning" types (not to be confused with discernment bloggers who are always wrong).

However, this passage of this proclamation should put to rest any assertion that there is widespread approval of the statements put out by T4G and The Gospel Coalition.  It means that the troops in the trenches are getting restless with business as usual. Make no mistake. It was a slap in the face to some of the SBC folks who have been pushing their favorite SGM buddies.

Will the SBC seminaries keep inviting CJ Mahaney to lecture their students on how to do church? That remains to be seen. I bet he will be demoted to the "B" list but some of his BFFs will feel compelled to throw him a bone. The troops are watching and the leaders are well aware that they have lost a bit of their luster in their dogged determination to support their friend.

Don't forget, however, that many leaders in T4G and TGC are not Baptists. With Justin Taylor pushing the idea that the "least of these" are missionaries and preachers, you can be sure that Mahaney will still be making the rounds. Mahaney as one "the least of these?" It sure gives me pause….

Debate on this issue has commenced over at SBC Voices here.

TWW wants to take a moment to thank Peter Lumpkins for his tenacity in this manner. Well done!

Update: 6:45PM: Bill Kinnon seems to be singing our song as well. He wrote this post before we put up ours. (Great minds blog in their mother's basements together.)

Kudos to Amy Smith of Space City SNAP and Pam Palmer, the mother of a plaintiff in the SGM Lawsuit

Amy Smith, on the heels of a disturbing phone call from a pastor of FBC Houston, and Pam Palmer stood outside the SBC Convention hall to raise awareness of child sex abuse. Both of them showed tremendous grace under pressure. Their tenacity contributed to the success of the resolution at the SBC. Applause from TWW.

Here is a video from a local media station reviewing the issues before the SBC. Although it focuses on the Boy Scout situation, you will see some footage of Amy and Pam.

An Embarrassing Sermon on Evolution at the SBC

Considering all of the controversy surrounding child sex abuse, Calvinism vs non-Calvinism, the Boy Scouts, etc., one would think that the SBC leaders would encourage sermons on unity. There was an SBC Pastor's Conference prior to the Convention. One would think that said sermons would be representative demonstrate a high level of intellectual rigor and thoughtful observation. Think again.

Tom Rich, of FBC Jax Watchdogs, gave me permission to shamelessly steal from his post link "Gregg Matte: To Believe in Evolution, We Must Declare Slaughter of Jews in Auschwitz Equal to Slaughter of Cattle."

Gregg Matte is the senior pastor of First Baptist Church of Houston, and the elected president of theSouthern Baptist Convention Pastor's Conference this week at the SBC Annual Meeting in Houston.

In his June 2nd sermon entitled "Connecting the Dots Worldwide", Matte addresses the essential importance of a Christian believing in creationism and rejecting evolution.

But to try to make his point, Matte makes an idiotic, nonsensical argument that evolution will lead people to not being to ascertain between right and wrong – in fact he declares:

That’s what evolution is all about…if man is the highest thing, then man gets to  decide whatever he wants to do and then there is no longer anything called ‘sin’. There is not anything wrong, there is not anything right…here’s what happens: if you believe in evolution, you must also believe that Auschwitz and Hitler’s Germany is equal to mad cow’s disease. Because there’s no difference in cattle and a person besides opposable thumbs and reason. They’re all living creatures, so the slaughtering of cattle and the slaughtering of Jewish folks in Auschwitz must be declared equal.

It is fairly obvious that Matte has never rigorously studied the other side of the argument (or he was just having a bad day). Theistic evolutionists (aka evolutionary creationists) believe in the creation of the heavens and earth ex nihilo, considering it to be a miracle of an all powerful God. Secondly, and most importantly, they also believe that God, as it says in Scripture, breathed the "breath of life" into man. It was this miraculous act that made man different than all other life forms.

It is ludicrous to say that people, such as Francis Collins, the Director of the NIH and the head of the remarkable Human Genome Project, as well as a Southern Baptist, believes the following.

It's a good thing that this is a sermon because Matte would be laughed off the stage in a real debate. It is statements like this that cause our young people to flee the faith and Baptists to get out of Baptistland. It is not only mean spirited and asinine, it is a lie, easily disproven with a bit of reading. And that lie is directed at many of his fellow Baptists who do believe in God directed evolution.

We end by expressing our appreciation, once again, to Peter Lumpkins. 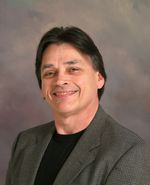