"Child abuse casts a shadow the length of a lifetime." 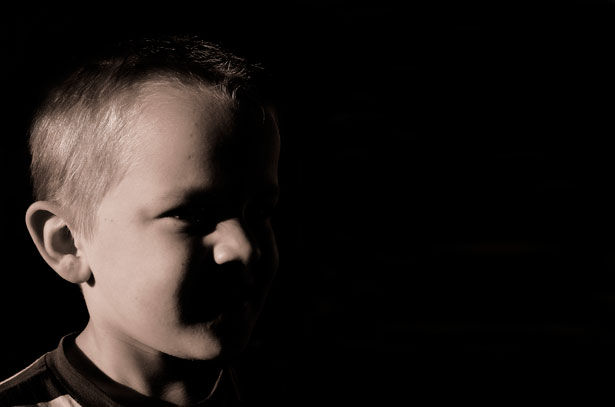 Face In The Shadow

Janet Mefferd, a syndicated Christian radio talk show host (featured on the Salem Radio Network), has been proactive in addressing abuse within the body of Christ.  For those not familiar with Janet, here is her bio:

"The Janet Mefferd Show takes a distinctively Christ-centered look at the news and events of the day, both in the church and in the world.  A former news and religion reporter and editor for newspapers including The Dallas Morning News and the Daily Herald, Janet also has more than 20 years of Christian broadcasting experience, with her career taking her from Alaska to Chicago to Dallas.

Her local program on KWRD-FM in Dallas quickly went into syndication and is now heard daily on over 100 stations across the nation. Janet has been described as “A breath of fresh air for Christian radio.” And with her wealth of experience in broadcast and print journalism, Janet’s show—in syndication since February 2010—is destined for long-term impact within the Christian world."

Since the filing of the class action lawsuit against Sovereign Grace Ministries and key individuals, Mefferd has interviewed two of the plaintiff's attorneys, namely Susan Burke (link) and Bill O'Neil (link).

Earlier today she had a brief chat with Brent Detwiler regarding SGM's First Amendment defense and its motion for dismissal (link).

"This is beyond belief … "Sovereign Grace Ministries says in a motion to dismiss the lawsuit that Maryland courts can't get involved in the internal affairs of church business."

Then she linked to the NBC story.

We were pleased to learn that on Valentine's Day Mefferd interviewed Wade Burleson regarding the 'ever-rising tide of sex-abuse scandals'.  Here is an excerpt from her show summary:

"Evangelical churches continue to see an ever-rising tide of sex-abuse scandals, resulting in everything from arrests to class-action lawsuits. What is the biblical way for Christians to respond? Janet will get some thoughts from Wade Burleson, senior pastor of Emmanuel Baptist Church in Enid, Oklahoma."

We encourage you to listen to this informative twenty minute interview regarding sexual abuse in the church.  Here are a few of the highlights:

Mefferd:  "What are your thoughts on some of these recent scandals that we've been seeing?"

Burleson:  "Well, my thoughts are like yours, they're sad, sickening, horrific, awful.  I'm not sure that the problem is any more in the church than it is in the secular world.  I think the problem is secrecy within the church and coordinated efforts to … forgive the perpetrators and to basically protect the abusers and that's what's so sickening to me…"

Mefferd:  "Why do you think it is we're seeing so many of these incidents today…?"

Burleson:  "…I think in the church the reason it is an issue is this awful notion of authority – the idea that one man, the pastor, or a group of men, the elders, have authority over you, and you do what they say, and I think over time if you've got a man or a group of men who are telling people to be quiet and not say anything, then cases just simply multiply and then all of a sudden they explode whereas if you're in a group or a family where you don't have that problem of authority, then you might have an issue but you catch it immediately and you deal with it."

Mefferd:  "What about the issue of lawsuits in general because there are Christians who look at some of these lawsuits that have been filed and think, come on now, we know what Paul had to say, what the Word has to say about filing lawsuits against one another and the effect on the witness of the church.  What do you think about these Christians who tried for so long apparently to get reaction from the church and ultimately decided the only way we're gonna get justice here is by going to court?

Burleson:  "To appeal to 1 Corinthians, to basically stifle any type of legal recourse is bogus in my opinion.  And the reason is the courts have been established and ordained by God, so officials, police, courts in a secular society are as much ordained by God as a church, and if you don't get any recourse within a church on a criminal matter, the courts become the place where you resolve it, and so I would just simply say if a person who has been abused or has children who have been abused and they go to church officials and they expose the abuse and church officials do nothing about it and cover it up, I would say they are obligated by God to go to the courts, so I would take the opposite position – they must sue."

Mefferd:  "How do we create churches that will understand the sheep should be cared for? We go back to Jesus' words to Peter – How do you know that you love me? – Feed my sheep, take care of my sheep."

Burleson:  "I say to my staff all the time, don't you ever forget 'pastor' is a verb, not a noun.  If you realize that your calling is to serve and it's not a position, then I think the sheep become important."

Then Wade Burleson offered this toward the end of the interview:

Burleson:   "We work with sex offenders in Celebrate Recovery, a program in our church, and we have those who worship, but when someone who's been convicted of a sexual crime is being ministered to in our church, we write a letter saying they are welcome to come, then we post their picture, we post their crime, and we distribute it to every person who is an employee or a servant in the church who's working with other people and say this is the person that's coming, this is what he did, you need to know his face, you need to know his name, you need to identify him, you need to love him, but he is never to be alone in any room with any person.  And you know people have been upset with that.  Why would you do that?  And we tell the sex offender, that's the consequence of the choice you made when you abused a child. And so that's what we do."

We are grateful that Pastor Burleson provided this detailed response regarding how his church handles sex offenders.  His remarks appear to be timely because it has recently been purported that some in Sovereign Grace congregations are/were not aware that there are sex offenders in their midst.  We would like to get clarification on whether these individuals who are 'under the radar' in SGM churches are 'registered sex offenders'.  Can anyone confirm this?

In the meantime, we believe congregations that follow Wade Burleson's advice regarding how to handle sex offenders can avoid the legal nightmare that now haunts SGM leaders.