"True womanhood is a distinctive calling of God to display the glory of His Son in ways that would not be displayed if there were no womanhood." 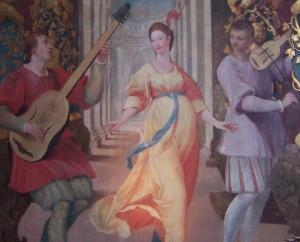 Have you heard of the True Woman 2012 conference?  It is a three-day event that begins tomorrow, September 20, in Indianapolis.  The first True Woman conference took place on October 11, 2008 in Chicago with John Piper serving as keynote speaker.  According to the True Woman website:

"The seeds for this movement actually began taking shape in Nancy Leigh DeMoss' heart eleven years earlier. As she read about the historical development of secular and religious feminism in Mary Kassian's book, The Feminist Mistake, her spirit was exercised within her. When she realized the powerful lies that had been foisted on a whole generation of women, the pervasiveness of feminist thinking in our whole culture, and the extent to which Christian women have bought into the whole philosophy, she began to ask:

If a handful of women have succeeded by their writings and influence in destroying and brainwashing an entire generation with their godless philosophies, what could God do with a handful of women who were determined to 'reclaim surrendered ground'? "

As our loyal readers know, we have focused on Mary Kassian in a number of posts (here, here, here, here, and here).  Perhaps you have heard of Kassian's colleague Nancy Leigh DeMoss on her radio program Revive Our Hearts, which airs on various Christian stations.  What follows is a brief bio:

"Nancy Leigh DeMoss is a mentor and "spiritual mother" to hundreds of thousands of women who have read her best-selling books and who listen to her two daily radio programs, Revive Our Hearts and Seeking Him. She communicates a love for the Lord and the Word that is infectious!"

Interestingly, Nancy Leigh DeMoss has never been married, and Mary Kassian and her husband have raised only sons.  Dee and I find it rather odd that these two women presume to instruct young ladies like our own daughters about what they call 'true womanhood'.

If the True Woman Manifesto sounds eerily famiiar, perhaps it's because it is similar to another topic we have discussed here at TWW – The Resolution for Women.  You may remember that Priscilla Shirer wrote a book called The Resolution for Women, which complements the book written by the Kendrick brothers called The Resolution for Men.  Both books are tied to the movie Courageous.  Surprise, surprise!  Priscilla Shirer, the daughter of Tony Evans, is one of the speakers at True Woman 2012.   Other speakers include Joni Eareckson Tada, Janet Parshall, Elyse Fitzpatrick and a few others.

According to the website, it looks like those wanting to attend can still register ($159 for individuals and $139 for students).  Remember, that cost does not include travel, lodging, and meals.

Speaking of students, undergraduates and graduate students can earn credit by attending the True Woman conference.  It seems that a partnership is being established between Revive Our Hearts and The Southern Baptist Theological Seminary.  Here are the details for getting college credit:

If you are an undergraduate or graduate student at any school, you have the opportunity to earn three hours of transferable credit from SBTS by attending True Woman ’12. All you need to do is:

Since Southern Seminary is relatively close (about 100 miles away), we would expect quite a few female students to attend True Woman 2012.

According to the True Woman website, "limited scholarship funds are available if you are a Senior Pastor’s wife."  Why not offer scholarships to moms with a quiverfull instead of senior pastors' wives (whose husbands likely make a decent living)?  Could there be a not so hidden agenda for giving scholarships to senior pastors' wives?  They will go back to their congregations and promote the movement and the materials that are being promoted at the conference.

Frankly, Dee and I believe the True Woman Movement is the last hurrah.  We highly doubt that the next generation by and large will find the ideas touted by this movement appealing.  For example, who in the world would buy into the practice at John Piper's church that women are not allowed to read scripture or pray before the congregation?  On a personal note, if either of my daughters attended this conference and signed the True Woman Manifesto, I would be deeply disappointed.

By the grace of God, there is an alternative to the True Woman 2012 Conference.  Anne Graham Lotz will be holding her Just Give Me Jesus event in Augusta, Georgia this Friday and Saturday.  It is a life-changing revival for women, and I had the pleasure of attending this event in Raleigh ten years ago.  Admission is free and neither tickets nor registration are required.  Here is an introduction:

Christianity Today featured an article on Anne Graham Lotz several years ago, which I encourage you to read.  Here is an interesting excerpt:

"The most quoted descriptor of her gift came from her father, who called her 'the best preacher in the family.' "

I agree with Anne's father, Billy Graham, that she is a tremendous preacher of the Word of God.

For those who cannot attend this FREE event, there will be a live simulcast which I plan to enjoy!  (FYI – True Woman 2012 is also live streaming).

I had the distinct privilege of being in the same congregation with Anne Graham Lotz for three years, and I have tremendous respect for her.  She delivered a powerful message at a Christmas luncheon I attended at our church in 2004.  I wrote about my experience at that church in this post.  I have the utmost respect for Anne, and I consider her to be a true woman of God.  She is the real deal, and I pray that my daughters will model their lives after her and not the women pushing the 'True Woman' agenda.