"It'll be a cold day in hell before I get my theology from a woman." 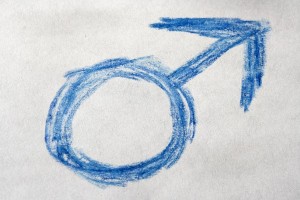 Misogyny is alive and well in Christendom, and the Independent Fundamental Baptist pastors pound it into the heads and hearts of their congregants better than most.  Fortunately, my husband and I have never been exposed to this nonsense.  Our marriage is based on love and mutual respect, and we make it a priority to 'out-serve' one another.  Isn't that what Jesus modeled for us?

As I have shared in a previous post, we will mark our silver wedding anniversary next year, and our marriage keeps getting better and better!  Truly, married couples either grow together or grow apart, as appears to have happened with Jack and Cindy Schaap.  Now that the truth has been revealed, I find it laughable that anyone would listen to this fundamentalist pastor who has failed so miserably in his marriage.  Do as I say, not as I do…

When my younger daughter was a sophomore in a Christian high school (which we absolutely loved!), she experienced this fundamentalist rhetoric from some of her male classmates during Bible class.  The students were discussing Adam and Eve and the FALL.  Suddenly, the guys ganged up on the girls during the class discussion and blamed them for our fallen state.  Here is what I wrote about that incident shortly after it happened.  We hadn't been blogging long, so most of our readers were not around way back then.

When I picked my younger daughter up from school on Friday, she came walking out with a single red rose!  It had a note attached.  I said, "Who gave you that beautiful flower?"  She explained that earlier in the week her Bible teacher was covering the fall of mankind in the Garden of Eden.  Suddenly, the guys in the class began berating the girls by saying that Adam fell into sin because of Eve!  Yes, it was all her fault!!!  By implication women alone are to blame for the depraved condition in which we find ourselves today.  The seven guys banded together and ridiculed the eight girls in the class.  The discussion got out of hand and turned ugly!

I love my daughter's Bible teacher!  My older daughter had him for two years, and my younger daughter has now had him for two years.  He is one of the most compassionate teachers at the school.  He loves his students so much!  At first I did not know why he allowed the discussion in his Bible class to escalate to a fevered pitch. In hindsight he was able to illicit unspoken thoughts from these high schoolers and in so doing an important lesson was learned by all.

In the aftermath, a rose was given to each girl in the class with a note attached.  The note stated the following:

Dear Ladies, The guys in the "man-cave" would like to give our sincerest apologies in concordance to the events which took place on the day before today. We hope you were not too hurt emotionally and we would like to inquire for unreserved clemency. On the contingency that we have impaired our companionships by any means, we ask that you provide the opportunity to mend that fractured relationship. Please accept this flower as a gesture of our sincerity. Your Friends, The Cave Men

In case you are wondering why male (and perhaps even female) high school students (and adults) believe this way, you need look no further than Jack Schaap and his ilk.  They drill it into the heads of young, impressionable minds in order to control them.   Here is how it is done…

For those who may not be that familiar with Independent Fundamental Baptists, Dee wrote a series of posts about them, which I highly recommend.  Here they are:

Who Do independent Fundamental Baptists Say They Are?

Is the Independent Fundamental Baptist Church Any Different from the Southern Baptist Convention and Sovereign Grace Ministries?


We will continue to follow this debacle and weigh in on this very serious matter.  In the meantime, we encourage you to share your reactions to Jack Schaap's diatribe.