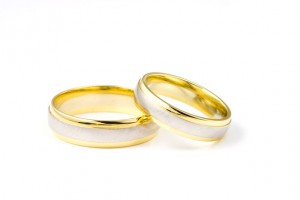 Just when the Southern Baptist Convention appears to have taken a giant step forward into the 21st century by electing its first ever black president, it seems there are 'cooperating' churches in the SBC that still have a long way to go. Take a look…

As you can likely imagine, this story has gone viral.  Just Google 'black couple' and 'marriage' and see what pops up.  Here is how the mainstream media is reporting on this discriminatory action.

There has been tremendous outrage within the Southern Baptist Convention with leaders speaking out against the church. ABC News did a piece called Mississippi Church That Refused to Wed Black Couple Criticized by Baptist Leaders.

"Southern Baptist leaders on Monday urged a Mississippi church that refused to wed a black couple to reject racial discrimination… After outrage mounted locally and the Wilsons' story went viral online over the weekend, officials at the Mississippi Baptist Convention chastised the Crystal Springs church for its refusal to marry the pair.

"Our entire country, and especially here in Mississippi, has been on a long journey for right racial relationships," said Mississippi Baptist Convention Board executive director Jim Futral in a statement…

Since its founding in 1883, the church, in a Jackson suburb of about 5,000 people, has never been the site of a black wedding. Pastor Stan Weatherford said congregants felt so strongly that the Wilsons' wedding should not be the first that he feared he would lose his job if he went forward with the ceremony as planned. Instead, Weatherford, who is white, performed the marriage at a black church down the road."

Here is an excerpt from The Orlando Sentinel:

"NBC News reporter Louis Casiano has the embarrassing story of the first black president of the Southern Baptist Convention having to deal with a Southern Baptist pastor who refused to marry a black couple in his church:

The leader and first African-American president of the Southern Baptist Convention said Monday that a Mississippi church’s decision to not marry a black couple “is unfortunate” and “an isolated incident from which pastors can learn.”

The Rev. Fred Luter told the Baptist Press, the official newspaper of the SBC, the church’s decision should be not be seen as representing the church’s position.

“It’s unfortunate that it happened, but we’ve got to learn from it, and be able to go on and do what God has called us to do,” Luter told the BP…

The Wilsons attended the church regularly but were not members.

“What we can learn from it is that we need to talk to our membership about issues,” Luter said in the interview published Monday. “I think if the pastor would have talked to more members about this … when this situation occurred … it probably would not have happened the way it happened.”

The paper reported most of the churchmembers did not share the sentiments of the few who objected to the Wilsons’ nuptials.

The SBC has come out against the church’s decision and affirmed that racism is against God’s will, according to the Baptist faith."

So what do you think?  Clearly, SBC leaders have been endorsing Fred Luter for quite a while (at least since the 2011 SBC Annual Meeting).  It appears that racial reconciliation is one of his goals for the Southern Baptist Convention during his term, and this bad publicity certainly can't help.