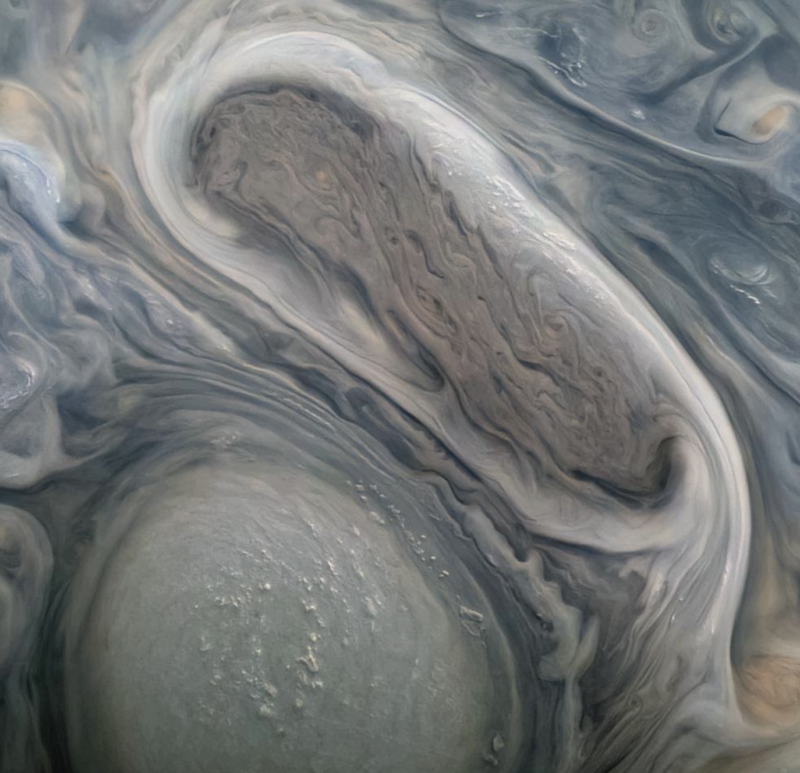 “Heroism is endurance for one moment more.’  George F. Kennan

I found out that I was COVID negative. I saw my rheumatologist yesterday and he said I should have, instead, tested for flu since he is seeing lots of flu-positive cases. Apparently, the flu shot, like the COVID vaccine, is experiencing some breakthroughs. I’m slowly getting better but this is the worst I have felt since I had pneumonia about two decades ago. Keep my experience in mind if you get sick this winter.

Defamation: The stupidity of local churches

Back in 2009, Jeff Anderson gave me great advice when I started my blog. He explained the law quite simply to this non-legal expert. He said that in order to prove defamation, the one bringing the charges would have to prove that I deliberately and knowingly lied in order to bring malicious harm to another. Mitch Little, another well-known lawyer said “telling the truth is the gold standard” that disproves defamation. I would never knowingly lie or, to put it the other way, I always strive to tell what I believe to be true.

Now, that doesn’t mean you can absolutely prove it’s the truth. It just means that you believe it to be the truth. This is unlike the laws in most European countries which require the person to “prove” the truth, absolutely. Imagine how hard this is. For example, the current lawsuit against Prince Andrew shows the gutsiness of Virginia Giuffre who thankfully has a picture with Prince Andrew’s hand around her waist when she was 17.

I have been listening to churches redefining defamation to mean anything they want it to be. Years ago, I got so disgusted with them twisting the truth (!) of this that I wrote a post called Slander or an Inconvenient Truth?.

We thankfully live in a country that allows us to speak the truth as we perceive it to be. This is just what Emily Calderon did. She has more guts in her little finger than a bevy of theodudebros.

Here is what Emily wrote to me.

I’m currently being sued by my old pastor, his father, and their church, for half a million dollars. I was served with the lawsuit in January of 2021, only months after exposing his brother in law as the church child molester. They are a wealthy family on top of being well know as business owners and being a minister in the UPCI church organization. They have been bullying me around for the last year. I had an attorney up until beginning of October, when we had to let them go due to our finances being drained from us through this lawsuit. I’ve fought hard, but being without an attorney has turned up the heat up on me because I have no idea what I’m doing. I have tons and tons of proof that I haven’t lied. The victims have came forward and confirmed everything I’ve been saying. The pastor has repeatedly lied under oath during discovery on top of deleting their social media with tons of evidence. Also altered their website, so again, the lies he signed under oath were deleted. The child molester died of COVID abuse in September, while still under investigation and now the pastor’s father passed away this month. So much has happened in the course of this year. I usually document everything via tiktok @emilycalderon27.

I first heard about Emily when people began to discuss her videos posted on tiktok@emilycalderon27.

For example, here is one that introduces her lawsuit to TikTok.

Here is one video in which she demonstrates some discrepancies in the responses of the church.

The beginning: Raul Rodriguez, brother-in-law of the pastor of the church “gets flirty” and Emily is having none of it.

May 2019 – my family left Mt Zion Apostolic Church.
September 2020 – I made a post about Raul Rodriguez (ed. brother in law of Pastor Stepen Barker)being flirty with my sister with a screen shot of him eye hearting my sister’s picture. After this, my inbox was full of stories of Raul. Underage girls came to me with their stories.

At the end of September, the church expresses concern about her posts.

I received a letter from Mt Zion’s attorney. The letter was about my post on social media.

However, this Pentecostal church made a big mistake. Emily knows how to talk to people and is a wiz at posting videos on Tik Tok. She is also what Rachel held Evans would call “a woman of valor” and she was not going to crawl into a hole. Ron Barker was the lead pastor of the church until he passed away.

I was contacted by Barkers’ family members. She wanted to let me know about her mom’s experience with Ron Barker. I made a post about the abuse as well, but later deleted it, per the victim’s request. She didn’t want the Barkers’ coming after them as well.
October 2020 – Ron Barker called my husband several times from a private number to spew out threats towards our family. We filed a police report and attempted to get a restraining order, however, it was denied because Ron Barker was represented by an Attorney.
October 2020 – I started receiving my first set of harassing messages from fake accounts about the situation. This would be the kick off to many harassing message we will receive during the course of the year.

In February 2021, the church compounds its mistake by filing a lawsuit against Emily.

We filed a counterclaim. (Then) Barkers’ attorney filed a demurrer against my claim.

I got my first victory over Barkers’ as judge ruled and asserted my counterclaim.
June  2021 – I received the first set of discovery from Barkers’ attorney. This is the day we found out Barkers’ we’re willing to (allegedly) lie under oath. At least three lies were signed under oath on the set of discovery. I started exposing the lies via tiktok with evidence.

June 25, 2021 – my lawyer sent a letter, a copy of the lawsuit, and victim’s statements to the Western District United Pentecostal Church International. To this day, we never heard back. One of members is alleging that they never received it, however, my lawyers sent it certified mail. The receipt shows that someone picked it up from the post office June 28, 2021 @ 11:47am.

Emily decides to protest outside of the church. They were not amused but Emily stands tough.

uly 1-4, 2021 – we protested outside the church. July 1st Barker called the cops on us for protesting. The cops stayed there for a long time trying to figure out how to make us leave. As you may know, protesting is a right anyone can exercise. Their hands we tied. Eventually they just asked us to leave. We complied, but returned the next few days with no problem.

The church responded in a “godly” manner. It tried to get a restraining order which was denied and, when unsuccessful, deletes the entire church page.

Emily knows how to work social media and began exposing their lies with quotes from Facebook pages.

August 2021- Barkers’ attorney sent over second supplemental responses to our discovery. Instead of correcting the lies signed under oath the first time, Barkers’ doubled down on the lies. And of course, I had evidence, so I continued to publicly call out the lies being signed under oath.

August 8, 2021 – Mt Zion deletes their entire church page. Just days after exposing the lies that were signed under oath. I took things from their Facebook to prove the lies. There was a great amount of evidence via Facebook.

One victim, Meghan, came forward to testify about her abuse in a deposition.

Things are getting tough for the church at this point. Remember, they must prove that Emily lied to win a defamation lawsuit. At this point, they should have given up but decided to keep spending the church’s money to sue Emily.

August 2021 – my lawyers schedule deposition for Meghan. Meghan answered a series of questions about her abuse under oath. She did great and it was extremely helpful to my case!

Raul Rodriguez, accused brother-in-law of Pastor Stephen Barker, passes away from COVID, and Emily is blamed.

What sort of church responds in this sick manner?

September 6, 2021 – I found out Raul passed away from COVID. And all the trolls came out of the shadows to harass me because Raul died.

The church still won’t give up and Emily receives what appears to be threats targeting her 12-year-old daughter.

September 2021 – Barkers’ had a third hearing for a restraining order against me. It was denied again. I didn’t show up to any of the court dates. I had no idea about the first two court dates. A little birdie told me before the third hearing. This was another big victory!
September  2021 – the harassment continued, however, they now bring my 12 year old daughter into it. I got messages from a face account saying that they would post my daughter if I didn’t stop posting tiktoks. They also reminded me how she’s my only child. Something that shook my bones!

Emily has to give up her lawyer due to monetary concerns but still keeps on fighting without one. Impressive? Mucho!

October2021 – I had to break up with my attorney, since I could no longer afford their services.
October 2021 – I completed and served a second set of discovery to Barkers’ without my lawyers.
November 1, 2021 – I found out that Ron Barker (father to current pastor) passed away.
November 22, 2021 – I received discovery responses from Barkers’ attorney, in which, they objected everything and provided me with nothing I requested.
December 13, 2021 – I was served with an emergency hearing. Hearing will be December 17, 2021 @ 8:30am where they will ask the judge to move trial out.

So what do you think happened?

When I spoke with her, I suggested she look into California’s antiSlapp laws.

Emily told me that she was aware of them but she wanted to continue to fight as opposed to taking the easy road out. I’m not sure I would have done that but…Emily was correct. The church notified her that they withdrew their lawsuit against her. She was not required to remove any of her awesome TikTok videos. After spending some time in prayer and contemplation, she withdrew her counterclaim

Emily Calderon is a gutsy, feisty pursuer of truth and I expect we will be hearing from her in the future. You have the link to her TikTok account. It’s worth watching her masterful handling of this terrible situation. She outclassed and outmaneuvered her former church. Someone should hire her as a Director of Marketing!