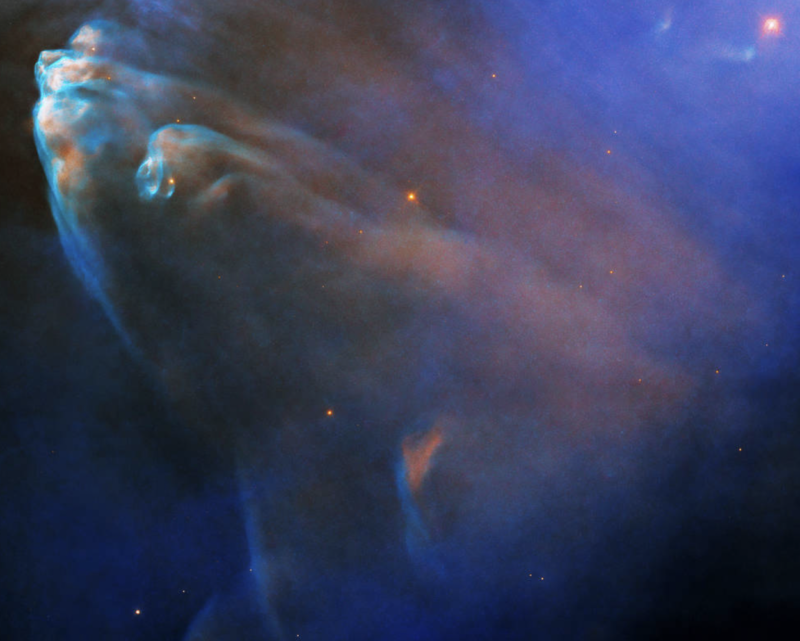 As Stephen Hawking said about predictions: “One can’t predict the weather more than a few days in advance.”

Mark Galli wrote a thought-provoking post which was picked up by Baptist News: Is the future of evangelicalism with the Christianity Today ‘elite’ or with the firebrand neo-Calvinists? Here is a direct link to Galli’s original article on his website. Here is what Wikipedia has to say about him.

Galli, a native of California, is a graduate of the University of California at Santa Cruz and holds a M.Div. from Fuller Theological Seminary.[2] He was a Presbyterian pastor for ten years. Subsequently, he changed his denominational affiliation to the Anglican Church in North America.[2] He converted to Catholicism in 2020.[3]

Moving into journalism, he was the associate editor of Leadership and editor of Christian History, a sister publication of Christianity Today.[2] For the next 20 years he worked for Christianity Today in various capacities, including seven years as editor in chief. In October 2019 he announced he would retire effective January 3, 2020.[4]

He wrote books and editorials about the nature of the Evangelical faith, including how belief relates to political activity.[5][6][7] On December 19, 2019, a day after the U.S. House of Representatives voted to file two articles of impeachment against President Donald Trump, Galli wrote an editorial entitled, “Trump Should Be Removed from Office.”[8] The publication noted that the criticisms of Trump were consistent with the magazine’s approach to the impeachment proceedings of presidents Richard Nixon and Bill Clinton.[9]

In 2011, Roger E. Olson, a theologian specializing in Christian ethics, described Galli as, “a serious evangelical scholar with an irenic approach to controversial material”,[10] that being defined as favoring and operating toward peace, moderation, or conciliation.[11]

Some of you may remember when Wade Burleson and I ran afoul of Galli when we criticized Ed Stetzer, an editor at Christianity Today, for allowing James MacDonald to have a platform on CT to defend himself after Stetzer had been gifted a car by MacDonald. I believe that Wade and I were told by Galli that we had violated the commandments for our expressed concern. You can read more about that dustup here.

In general, I have admired Galli. Having served as editor-in-chief of Christianity Today, he could be considered an evangelical elite. However, he probably would deny that title vigorously. In his favor, he called for an investigation of Sovereign Grace Ministries.

According to the Baptist News:

The framework for his argument did not originate with Galli. He was responding to another article published on the website of The American Conservative. That article was not written by well-known evangelical leaders but by two young conservatives, one still a senior in college at a Baptist-related school.

The article in The American Conservative seemed to delineate between two types of Christians.

They then contrast two events that recently happened in Nashville at the same time. One was the launch of Christianity Today’s Public Theology Project with a live podcast recording of the Russell Moore Show, with Beth Moore as guest. The other was a three-day conference on “The Politics of Sex” with Idaho pastor Doug Wilson and the Fight Laugh Feast Network, a group of Calvinists that features the teaching of Tom Ascol, Voddie Baucham, Josh Buice and Jared Longshore, among others.

Waters and Posey believe the direction espoused by Moore and Moore “is not simply traditional evangelicalism, but a form of cultural accommodation dressed as convictional religion. The result is a religious respectability that promotes national unity, liberalism, and wokeism under the rhetorical guise of love for neighbor. While Moore and his guest try to straddle the fence, there is little doubt that their biggest support is now coming from those significantly to their left politically.”

2.  The authors would then assess Doug Wilson and friends as being defiant Calvinists and seem somewhat enamored by him, carefully overlooking the recent accusation of sexual abuse amongst other problems. (Can I mention Steven Sitler here?)

I believe that these young authors might propose Wilson as a leader for the future. Good night!

Wilson and the Fight Laugh Feast, on the other hand, offer “a refreshingly sophisticated bulwark: a Puritan theology paired with an expectation of resistance. Whether such defiant Calvinist teaching can sufficiently permeate evangelicalism remains an open question, but where it takes root, it will not quickly recede.

Will elite evangelicals, as defined by Galli, lead the faithful into the future?

His answer would be no.

On Galli’s blog he names some groups who fit this definition:

Elite evangelicalism (represented by CT, IVPress, World Vision, Fuller Seminary, and a host of other establishment organizations) is too often “a form of cultural accommodation dressed as convictional religion

Looking at the history of Christianity Today he says:

Letters between first editor Carl Henry and founder Billy Graham suggest the desire to be in essence acceptable fundamentalism: Grounded in conservative theology while gaining the respect of secular academics and other cultural leaders.

I thought this example of how Young Life functioned is helpful in understanding Galli’s argument.

the strategy of Young Life in the 1950s and 1960s. The key was to find or convert one of the “cool kids” (athletes, cheerleaders, class president, etc.) on the high school campus and encourage them to attend the weekly meetings. Get the influencers, it was said, and you’ll increase the number of kids who attend and eventually give their lives to Christ.

He looked at his tenure at Christianity Today.

For the longest time, a thrill went through the office when Christianity Today or evangelicalism, in general, was mentioned in a positive vein by The New York Times or The Atlantic or other such leading, mainstream publications. The feeling in the air was, “We made it. We’re respected.”

This tendency has only gotten worse, as now the mark of a successful evangelical writer is to get published regularly in the Times, Atlantic, and so forth.

He seems to hint that Christianity Today itself was drifting towards liberalism and uses the fact that six-day creationism was ignored as his proof. Uh oh!

I’m a bit confused by his argument. He seems to indicate that the belief in a literal 6-day creation is anathema to secularists. However, it is also an anathema to many of us within the faith. Galli, who recently converted to Catholicism, must surely be aware that the writings of the Pope and other Catholic leaders accommodate for evolution and ancient earth. It seems he is kicking himself for not publishing more articles on 6-day creationism (as well as complementarianism.) Is he arguing that an elite Christian is one who believes in theistic evolution?

I saw this accommodation dynamic as CT managing editor and then editor in chief.  We said, for example, that the magazine did not take a stand in the complementarianism or egalitarianism debate. But we rarely if ever published an article that endorsed complementarianism; we did offer many that assumed egalitarianism in family and church life (not to mention the many women pastors who we published).

Then there was the six-day creation/evolution debate, in which again we said we took no stand.  But try to find an article in the last three decades that argued for or assumed six-day creation. And yet we published several pieces that simply assumed a billion-year time span for the history of the earth.

It’s not a coincidence that complementarianism and six-day creation are anathema to secularists, features of a religion out of touch with reality.

Will “idiosyncratic” or firebrand Calvinism (ala Doug Wilson) lead evangelicals into the future?

According to Baptist Press and Mark Galli:

But Doug Wilson and his following are a tiny and inconsequential part of the evangelical movement. Recent accusations of sex and wife abuse in Wilson’s Moscow, Idaho, community will only sideline that movement even more.”

They should look at the number of posts that I have written about Wilson through the years. There is no possibility that he can lead evangelical “into the future.” I think that Wilson’s foibles are so well known that Galli and Baptist Press didn’t feel it was worthwhile to outline his problem.

Galli believes it will be The Gospel Coalition that will lead evangelicals into the future!

Dee is in shock. According to Galli:

I’d offer the Gospel Coalition. It is a major force that someday could supplant Christianity Today as the major intellectual voice of conservative Christianity.

…The Gospel Coalition has the finances and, more importantly, a substantive theological foundation to better resist the enticements of the cultural elite. Naturally, as a Catholic, I disagree with some of Calvinism’s distinctives; still one has to admire its architecture and depth, and Calvinists’ stubborn faithfulness to tenets that offend the surrounding culture.

Mark Galli carefully sidestepped the horrors of sexual abuse and domestic violence in many churches, some of whom are members of The Gospel Coalition. Could this be due to the fact that his church group, Catholicism, has a horrific history? He seems to place sexual abuse in the same category as environmental care.

This tendency has only gotten worse, as now the mark of a successful evangelical writer is to get published regularly in the Times, Atlantic, and so forth. What’s interesting about such pieces is that (a) such writers make a point that affirms the view of the secular publication (on topics like environmental care, racial injustice, sexual abuse, etc.

Is there a fourth option?

In the meantime, I think we have a problem. What is the name of a 4th group who might be able to lead evangelicals. I can think of many individual names but cannot think of one defining movement.

So much to say yet this post is long enough. Would you all list reasons why you think The Gospel Coalition will not lead the evangelicals into the future? Is there a fourth group that could lead evangelicals? We need to think hard or we will be stuck with stupid church covenants.