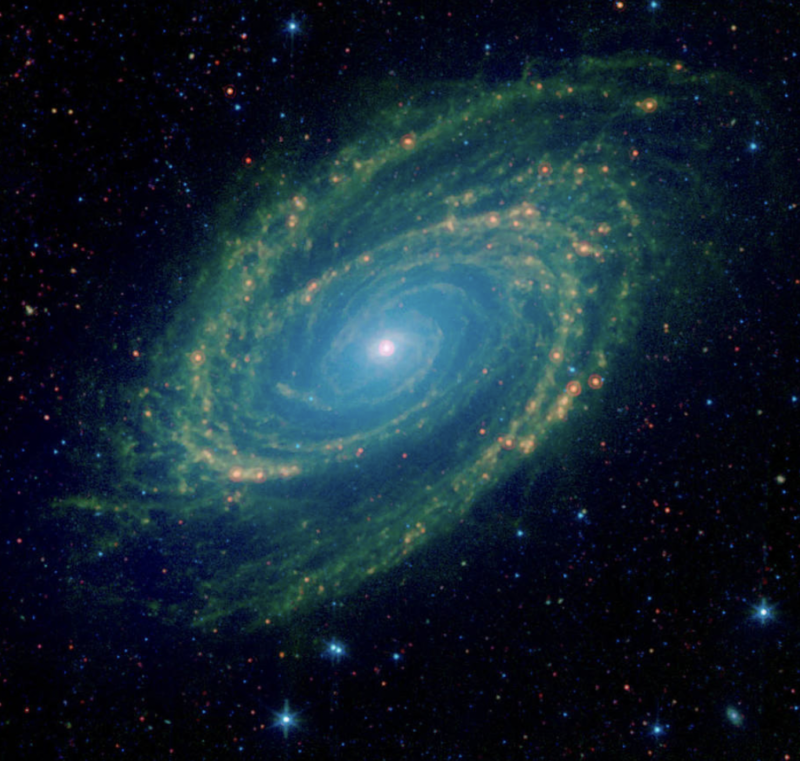 An Infrared View of the M81 Galaxy

“I know now, Lord, why you utter no answer. You are yourself the answer. Before your face questions die away. What other answer would suffice?”
― C.S. Lewis

Recently, The Gospel Coalition posted Think Wisely About Leaving Your Church. This was written by Matt Hodges who is a pastor at Risen Church in Cypress, Texas. Hodges, like many other churches and pastors, is apparently frustrated that people come and go in his church. Although the pandemic is often blamed for people not coming back to church, I can well assure the reader that the quickly graying and not-so-young, restless and Reformed have been moaning about this for the last decade.

Before I begin, I think it might be helpful to review my own church attendance record. basically, my husband and I would find a church when we moved for his training and stay there until we moved again. In general, I’m one of those people who find something I like and stick with it. The same goes for my doctors, dentists, and stylists. However, when I moved to Raleigh from Texas, we found ourselves in a church that we needed to leave. From there we went on a journey in which we found ourselves switching churches five times until we found our current Lutheran church.

We were frustrated because there were some very good reasons why our choices did not work out. Back in the early days of blogging, I found there were a number of Reformedish churches (take Sovereign Grace for one) that compared church membership to being married. You know, until death do you part? As we shall see, this writer comes from a church that hints around about such a relationship but we’ll get there momentarily.

The author says we must be sure we are leaving the church due to really important matters or what he might say are first or secondary issues. He does not carefully define what he means by secondary, third, or fourth issues. In fact, he only refers us to a book on Amazon and leaves it there. The reason I read a post is that I want a synopsis of the issue and don’t have time at the moment to read a book so I understand an article. Sadly, it causes me to assume what the author means by “theological triage” but I can’t be sure because he doesn’t tell me.

As for a primary issue, Hodges says:

The degree of a doctrine’s centrality to the gospel should determine the degree to which we’re willing to draw dividing lines over it.

Later in the post, he says this which gives us some clue but not enough.

He gives no examples of 3rd or 4th issues yet he claims that we should not divide over them. To make matters even more confusing, he claims sometimes we Christians are sometimes duplicitous, pretending something is primary when it is really only a level 3 or 4 reason for leaving the church.

At the outset, we must beware of Trojan horses. Like Odysseus smuggling his soldiers inside the walls of Troy in a giant horse, we sometimes smuggle tertiary concerns under the guise of a first or second-rank theological matter, hiding our real reasons for breaking fellowship inside something apparently more significant.

He says we get sneaky in two ways. We may try

“catastrophizing.” This happens when we elevate an issue to undue importance, raising a third or fourth-rank issue to the severity of first rank. We take a narrow theological topic and turn it into a litmus test of gospel faithfulness.

theologizing,” occurs when we smuggle in our personal preferences—whether cultural, political, or otherwise—under the guise of theological conviction. We attach moral and theological value to things that are otherwise morally neutral or merely preferential.

I was confused by the “cultural, political, or otherwise” comment. What in the world does he mean by otherwise?

Ask questions but not too much

The following statement is a classic for “The Gospel Coalition” types. In fact, it was this statement that caused me to look a bit further into his church but more on that in a minute.

When I read something like this, I can sense where this is going. If you ask the wrong question or one too many questions, you will be judged as lacking sincerity or humility and you may even be called a cynic. What this means is you miffed off the leadership and suddenly you have been elevated to a level one priority for church discipline.

But, they really, really want you to stay since this is really not a level 1 “gospelly” type of issue.

He claims unity is what is important.

But we must recognize what is at stake in our divisions. Just before he goes to the cross, Jesus prays that his followers would be unified and says that our unity will be the means by which the world knows God’s love (John 17:20–24). According to Jesus, our unity is an important witness.

Unity? As you may know, I live in the shadow of SEBTS. There are so many covert Baptist churches here that you can’t drive into a retail park with more than three offices without seeing another startup church. So many startups and so many disappearances (failures?) Yet this is unity? A poor slug who goes to one of these storefront churches and decides it’s not for him due to things like being asked to do too much or to give more money so they can move to a better location is the one not seeking unity?

What worries me about this post and about Risen Church

The author is a pastor at Risen Church. They believe in a stiff and rigid covenantal-based church. If this post is any indication of the rather ill-defined hierarchy of values and doctrine, combined with what they claim is a rigid covenant, then I think there will be a play for an authoritarian-based leadership. And that spells trouble in Risen City for the members.

Risen Church has a stiff, rigid, formal covenant and this is really good, isn’t it?

I knew it was all over when they started quoting Wayne Grudem, the author of the 83 rules for women in the church. Please go to this membership page and read all about it.

Does it really matter if I’m a member or not? Why do I have to take a class to even become a member? Why do I have to sign anything? People often ask these questions about our membership process, skeptical as to why there seem to be so many “hoops” to jump through.

It’s true. We take membership seriously and with a lot of gravity. Committing yourself to a body of believers is weighty. But it’s also wonderful. When Covenant Members join, they commit to a spiritual family that provides encouragement and support. They are called to a biblical degree of responsibility, service and sacrifice to their brothers and sisters. Our elders and leaders also pledge to assist our Covenant Members with care, counsel, prayer and teaching.

…Covenants are not only the foundation to membership in the church, but they are the foundation to the Christian life. They have to be formal, rigid and stiff in order to brace God’s people from the onslaught of living in a fallen world.

Risen Church is part of the collective

I had to laugh when I found this statement on their website.

RISEN CHURCH NORTH IS
A PART OF THE RISEN COLLECTIVE.

Good night! Do they not have any Star Trek fans in their leadership? Every being in the Borg Collective was expected to rigidly follow all of the rules imposed on them. Maybe they inadvertently told us what to expect and saved us a lot of time. Caveat Emptor!