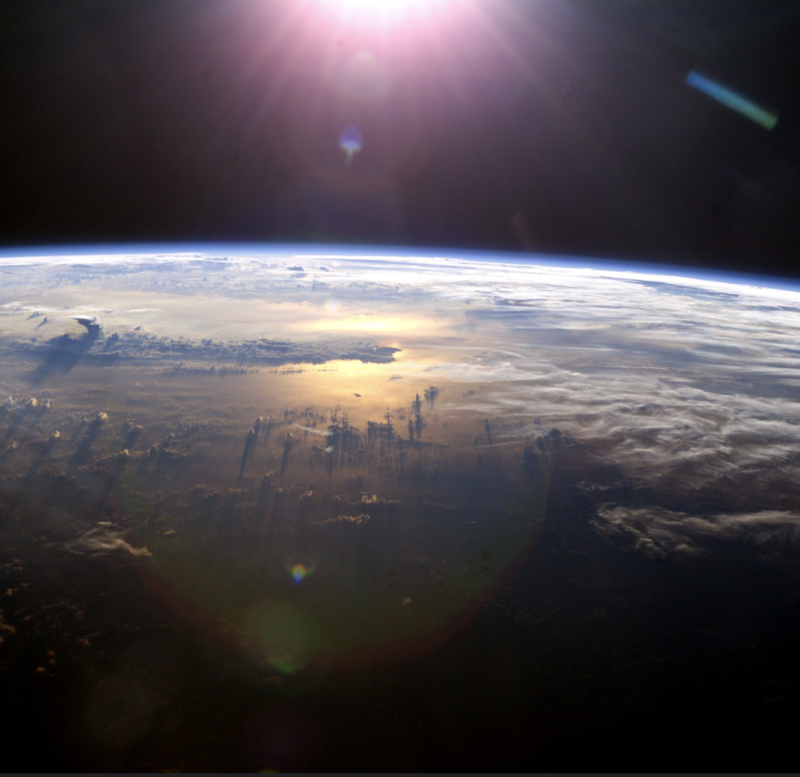 Sun over the Earth; NASA/ISS

Christ never intended to cover up the dark side of life, but rather to illuminate a path through it. — Dan B. Allender

I have decided that the month of August and the first week of September passed by in a blur: my mom’s hospitalization, Abby’s wedding, and a wonderful but intensive trip. I’m slowly catching up. So much is going on, especially in the SBC and their sex abuse task force. Prepare for excitement.

Hannah-Kate Williams sues a myriad of SBC institutions, claiming there was a conspiracy to cover up sexual abuse.

The complaint, which also names her father as a defendant, alleges that church leaders failed to investigate Hannah-Kate Williams’ reports. It also says they defamed her as a liar and “conspired to protect the Baptist denomination from a problem of sexual abuse of minors or other vulnerable populations.”

the complaint also cites leaked letters written by Russell Moore, former head of the SBC’s Ethics and Religion Liberty Commission, including one to then-SBC President J.D. Greear. The letter tells of Moore’s disappointment in the SBC for silencing victims and covering up misconduct.

So what was in those leaked letters from Russell Moore?

These leaked letters were featured in Religion News: Russell Moore to ERLC trustees: ‘They want me to live in psychological terror’ The following is part of that letter

As you know, our last ERLC National Conference was built around the issues of sexual abuse. We said from the beginning that we wanted a place for honest dialogue around these issues, and we would not police anyone from speaking what he or she had experienced or thought. At least one speaker harshly criticized us for not doing enough, or not handling things the way he thought we should. I welcomed that criticism. I learned from it, and was glad that the speaker felt the freedom to do so. At that conference, though, Rachael Denhollender participated with me in a conversation where, again, I refused to censor or stop anything that she had to say. In that conversation, she spoke about her thoughts about the disparagement and poor treatment of a sexual abuse survivor by Executive Committee staff. The story Rachael told is accurate, and Maria and I know that because we were, even during that very meeting, ministering alongside others to that mistreated young woman.

…This enraged some Executive Committee trustee leadership, who communicated that they were incensed that we would allow such a story to be told. That was communicated with special outrage since the Executive Committee had contributed some money to Caring Well as a reason why we should not have allowed this story to be told. I came away from these conversations with the distinct feeling that I was being told (not from Ronnie Floyd, but from sectors of his trustees, mostly the very sector from which this latest action has come), “You’ve got a nice little Commission there; would be a shame if something happened to it.” I told Maria that at the time. It was, and is, chilling — especially seeing what they had in mind to do under cover of darkness.

You can read the rest of the letter at the Religion News link above.

Williams’s suit alleges widespread coverup of sex abuse in the SBC amongst a diverse group of entities.

The suit, filed in Kentucky’s Franklin Circuit Court Aug. 16, is brought by Hannah Kate Williams, who has been an outspoken advocate for the SBC to address problems of sexual abuse in churches. Her work contributed to a decision by convention messengers in June to name a special task force to investigate the SBC Executive Committee’s handling of sexual abuse claims.

Williams alleges that 12 named defendants “have engaged in a defamatory conspiracy to marginalize and negate her advocacy in the perverted and un-Christian desperate hope that the denomination can skirt its own culpability in the damage inflicted” upon Williams by her father, James Ray Williams.

…Her claim is linked to letters from Russell Moore, former head of the SBC Ethics and Religious Liberty Commission, that became public just before the SBC annual meeting in June and that document some SBC leaders attempting to discredit and silence claims of sexual abuse. Based on Moore’s documentation, the suit alleges, it is likely that Williams was one of those the SBC leaders were seeking to discredit or silence.

This also fits a pattern, she alleges, of other prominent leaders, including staff members at Southern Baptist Theological Seminary and elected members of the SBC Executive Committee, engaging in a “conspiracy to silence her or frame her as a liar, charlatan or crazy person.”

Hannah-Kate describes her own abuse at the hands of her father who worked at a Lifeway store and attended Southern Seminary.

According to the Roys Report:

According to the complaint, the alleged abuse started when Hannah-Kate Williams was 4 or 5 years old and continued until she first left home at 16.

…Hannah-Kate Williams said she was 8 years old the first time she recalls reporting abuse, contacting Southern Baptist church staff where she was living in Kingston, Tennessee, and describing what she alleges her father had done to her.

Their general response? “‘I’m praying for you,’” she recalled. “They wanted nothing to do with this situation.”

Al Mohler acknowledges he knew of the investigation of James Williams when he was a student.

Mohler has said in a tweet that his seminary “is aware of this investigation of James R. Williams, a student some years ago.” It added: “We encourage everyone to cooperate fully in this investigation. This is important and if you know anything, you must come forward.”

Her lawsuit implicates a wide variety of SBC institutions and leadership. I believe that Hannah-Kate was just one more child in the SBC who was treated poorly. Will it be found that she notified a number of SBC leaders and organizations about her abuse and they did nothing?  Or even worse, they did something. They abused her with their words, leaving her and her family to suffer silently.

That silence is over. It is time for the SBC to take it on the chin for the many years that sex abuse was denied and covered up. I hope Williams prevails in the lawsuit. It was a long time in coming.