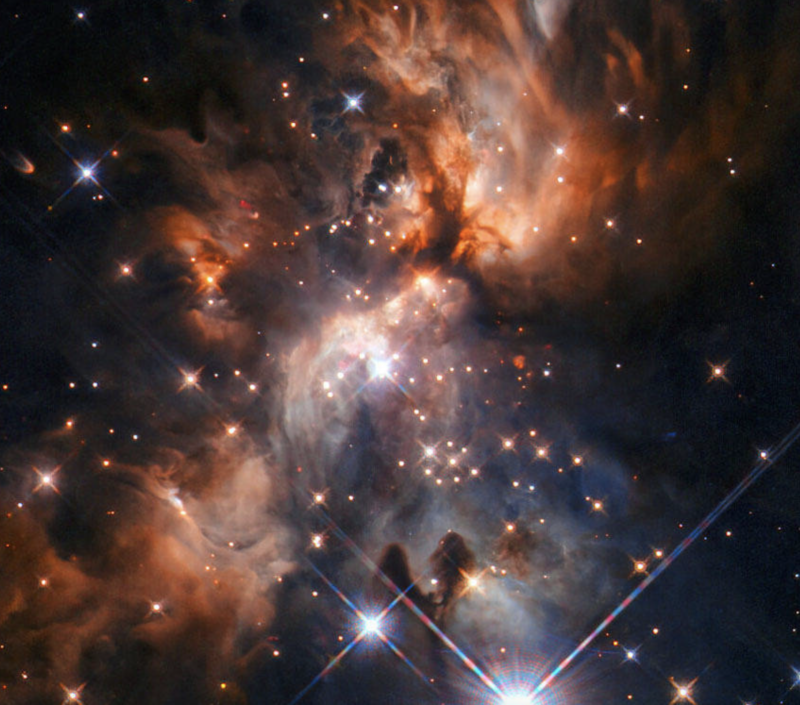 Star Formation in the Gemini Constellation-NASA

Adultery is the ultimate deal-breaker for me. I would rather be alone than in a relationship that doesn’t honor me. Garcelle Beauvais

I returned from my trip last evening. I am so grateful to Todd for carrying this blog. Many areas that I visited did not have great internet coverage or we were so late in returning to our hotel that I fell asleep exhausted but happy. I will mention some things I learned on my trip that you might find interesting over the next few weeks. I shall start with this. My daughter and I discovered we like cheap chocolate as opposed to expensive chocolate. Also, I was voted by my traveling group as a skilled raclette server which is something I learned in the town of Gruyere. The following is a post I wrote before I left. I will catch up on the latest news in the next few days.

What a mess. Let me try to sum this up in advance if you don’t feel like reading through the sordid details which are outlined in the subsequent news reports. All of the following are merely allegations. There is one thing about this that really gets me mad, as you will see.

Ben sensed his marriage was falling apart. He allegedly did not know the role Yawn was paying in this matter. He took time off from baseball, losing $4 Million in salary to pursue counseling with his wife with Bryon Yawn. Juliana is suing Ben for “an additional $4 million for the “amount of money” her husband “failed to preserve by abruptly and intentionally failing to satisfy his baseball contract.”

Seriously, Juliana? How sick is that? It sounds as if Ben is far better off without her. I am so sorry for his kids.

I believe that Ben Zobrist should continue to sue Bryon Yawn. Yawn was a pastor and abused his clerical duties by having a sexual relationship with his parishioner. I do not know when Yawn was  left his position at the church but he had no business in pursuing Juliana. On top of that, it appears he received some benefits by being allied with ben. What a way to abuse a generous friend.

My thoughts and prayers are with Ben and his children.

The proof of what I said is in the following articles.

According to the lawsuit filed in a Nashville court, Zobrist and his wife entered into pre-marital counseling in 2005 and “regularly sought the advice and counsel” of Yawn, including involving the pastor in Zobrist’s charity Patriot Forward. The couple turned to the pastor throughout the years, seeking Yawn’s advice for strengthening the relationship.

Things allegedly took a turn in 2018 when the suit states Yawn “began secretly pursuing an intimate relationship with Mr. Zobrist’s wife.” The suit claims things escalated in 2019 when Yawn began to meet Mrs. Zobrist for sex, the two “secretly” maintaining a sexual relationship from the spring of 2019 into spring of 2020 while hiding the affair from Zobrist.

The suit states although Zobrist was set to return to playing baseball in the summer of 2019, things were put on hold so he could focus on repairing his marriage, giving up four months of the season and the loss of $8 million in income.

The US Sun wrote Who is Byron Yawn?

Yawn is a former pastor at the Community Bible Church in Nashville.

The lawsuit states that Zobrist donated a large amount of money to Community Bible Church.

According to the newspaper, Zobrist also gave Yawn’s family up to $15,000 for a pastoral trip.

Per the Journal Star, the lawsuit states that Yawn “often capitalized on the Plaintiff’s celebrity, asking him to sign autographs for his mother-in-law; requesting tickets to baseball games; hosting ‘Guys Night Out’ for the church at Mr. Zobrist’s home; (requesting) that Mr. Zobrist send personal videos to parishioners who were being baptized; and nominating Mr. Zobrist as a deacon of Community Bible Church in hopes that his celebrity would attract new parishioners and keep current parishioners.”

It is Mrs. Zobrist, by having an extramarital affair and confessing same to her husband, and not disclosing the true extent of her affair, that caused him such extreme mental distress and difficulty that resulted in an inability to finish his long and very successful career in the way that he had hoped for and planned for,” Rogers continued.

Julianna is currently going after Ben for $4 million.

Zobrist, who retired from a 14-season MLB career in March 2020, learned that his wife was having an affair with their pastor, according to court documents that surfaced last week. The same minister is also accused of defrauding Zobrist’s charity, where he was employed.

The 40-year-old ex-infielder seeks $6 million in damages from Byron Yawn, the CEO of Forrest Crain & Co., a Nashville-area business-consulting firm. Yawn is a former pastor and an elder at Community Bible Church in Nashville, where he met Zobrist and his wife, Julianna.

In his lawsuit, Ben has claimed that Yawn, “while acting in his capacity as pastoral counselor to” the Zobrists, “usurped this ministerial-counselor role, violated and betrayed the confidence entrusted to him by the Plaintiff, breached his fiduciary duty” owed to Ben, and “deceitfully used his access as counselor to engage in aninappropriate sexual relationship” with Julianna.

…Yawn and his wife arrived at Community Bible Church in early 2001, the bio noted, adding that during their years there, “they have seen the church flourish under a continuing commitment to expository preaching.”

…Julianna and Yawn allegedly used “burner phones” to help hide the relationship. The lawsuit claimed that in May 2019, Yawn’s wife Robin “discovered that he had a burner phone. Mrs. Yawn told her husband that” if Julianna did not tell Ben about this, “she would do so,” adding that Robin “did confide to Mr. Zobrist the following day that she believed her husband and his wife were having an emotional relationship, but nothing physical.”

It gets interesting here. Yawn’s attorney had this to say.

“At the end of the day, a woman has the right to choose who she wants to be with,” Bellamy said. “We’re in the middle of litigation, so I can’t really comment further at this point, but that’s what it boils down to.”

Ben Zobrist denied any marital misconduct in his response.

The once-celebrated Christian couple separately filed for divorce in 2019. Ben Zobrist filed the lawsuit against Yawn on May 6. In the complaint, Zobrist claimed that Yawn fraudulently collected a $3,500-per-month salary after being dismissed as head of Zobrist’s charity foundation Patriot Forward.

Zobrist had sought $6 million in punitive and compensatory damages through a jury trial.

However, the suit has been dropped…for now.

While his marriage was falling apart, Zobrist took a leave of absence from baseball and later retired after the 2019 season. During that time, he sought marital counseling from Yawn in an attempt to restore the marriage.

Julianna Zobrist is suing her husband, alleging that he failed to protect the family assets by taking time off from his job as a player for the Chicago Cubs to try to fix the marriage.

Court documents also revealed that Julianna Zobrist, who recently took to social media to say she would not disclose things publicly, is seeking to split the marital assets evenly along with an additional $4 million for the “amount of money” her husband “failed to preserve by abruptly and intentionally failing to satisfy his baseball contract.”

Zobrist’s attorney, Helen S. Rogers, called Julianna Zobrist’s request for $4 million that her husband forfeited in an attempt to save the marriage “utterly absurd.” She was quoted as telling Judge Michael W. Binkley that she believes the singer is trying to shift blame from the extramarital affair.

…“Rather than accepting blame for having torn her husband’s heart out by having an affair with their pastor, she expected him to be able to totally focus in an elite athletic job that required (100%) of his physical and mental energy,” Rogers wrote in a court filing, according to The Chicago Tribune.

“It is Mrs. Zobrist, by having the extramarital affair and confessing same to her husband, and not disclosing the true extent of her affair, that caused him such extreme mental distress and difficulty that resulted in an inability to finish his long and very successful career in the way that he had hoped for and planned for.”

The 2016 World Series MVP claimed that Julianna Zobrist spent almost $30,000 on the party without his knowledge.

The court filing stated that “Mrs. Zobrist paid for the party out of the ‘farm account’ that her husband typically did not review, apparently to keep the cost of the party unknown to him. … Mrs. Zobrist and Pastor Yawn both became intoxicated and are dancing ‘on’ each other in a provocative way that was very embarrassing to Ben Zobrist, especially in front of their close church friends.”

“Wife took umbrage at her husband’s rebuking her privately after the party for acting in this manner in public. However, unknown to husband, wife was already ‘in love’ with Pastor Yawn,” the document continued.

I’m curious. Does anyone think that she should have sued her husband?