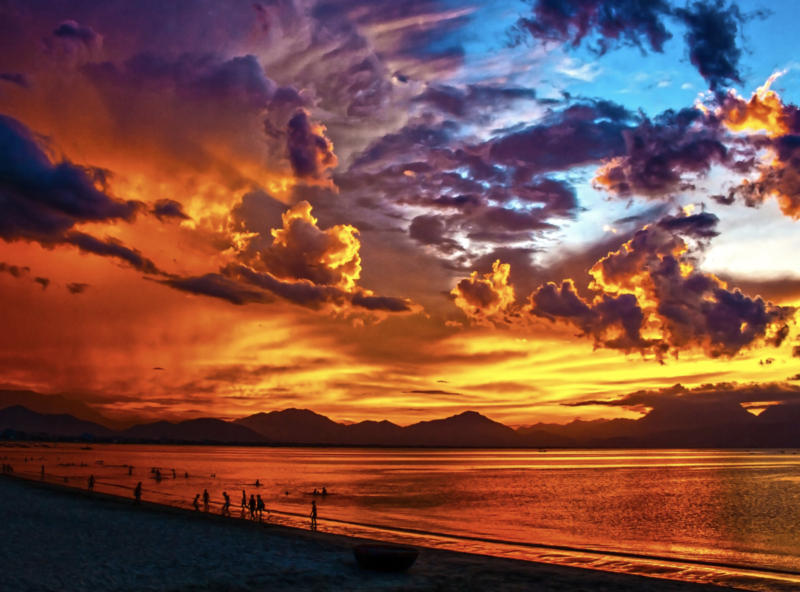 The wedding went off without a hitch. I’m still recuperating.

I have had my eyes on the Church of the Highlands for years. Chris Hodges, lead pastor of Church of the Highlands and Overseer of the ARC, has a side gig in which he helps to restore a pastor who supposedly had a naughty little affair (Hodges term, not mine.). Here is everything you probably never wanted to know about the Association of Related Churches.

In this post, you will see their rather strange views on demons (There are few demons wherever there are flowers) and Robert Morris, another overseer, believes that Paul was afflicted by demons and that people need to get exorcised on a regular basis. I get regular emails asking me to forward the *Demon* training material that several members had shared with me.

You will even learn of the affair of Dino Rizzo who was whisked out of his church (without having to cop to the lady he put up in an apartment.) He and his family were allegedly sent off to vacation and he returned to become a pastor at the Church of the Highlands. He has done well and is now the Executive Director of the ARC. This must be how the ARC recruits dynamic pastors.

Church of the Highlands finally had to kick out one of their restorees: Michan Carter.

Is restoree a word? It should be.

I wonder if the #Churchtoo is getting a bit too hot to handle for the ARC. AL.com posted: Church of the Highlands cuts ties with minister accused of sex abuse.

As allegations of sexual abuse against a former pastor took hold on social media, the Church of the Highlands has cut ties with the accused minister they had agreed to help rehabilitate.

Micahn Carter, former pastor of Together Church in Yakima, Washington, had stepped down in April 2019 from Together Church for undisclosed reasons. Carter joined the staff of the Church of the Highlands in Birmingham later in 2019.

Please note the bolded comment: he stepped down from his original church for undisclosed reasons. This is how the ARC overseer crowd operates. When Hodges stepped in to whisk off Rizzo he asked the church members of his former church to “trust” those incredibly gifted overseers. I bet they’re glad that I’m not in one of those churches. So, it appears that the members of Together Church decided to trust the ARC once again. However, this one came back to bite the ARC/Church of the HIghlands in the nose. They deserved it.

Here is the statement that the Church of the Highlands released.

In 2019, Micahn Carter’s Pastoral Overseers from Washington state asked Church of the Highlands to assist them in directing a ministerial restoration process for him,” the statement said. “Highlands agreed to do so, and since then we have been working with Micahn and his family. Recently, Highlands received correspondence raising new allegations about events that occurred over two years ago in Washington state. When we shared this information with the Carters, they resigned from their positions on staff to work through these issues themselves. Highlands is no longer involved in the restoration process.”

Notice the bolded part of the statement. It appears that the Carters knew what happened since they resigned right away. However, rape is not an issue! Rape is a crime and the Church of the Highlands are masters of downplaying icky things…

Micahn Carter is accused of rape.

Before I get into this sad account, I would love to know what the Church of the Highlands (COH) knew. Was this rape one of those *undisclosed reasons?* Please note that the COH claims there were plural *undisclosed reasons.* What did they know when they brought him on board in 2019? Did they know about the rape and did they hope that the victim wouldn’t talk or was there more sexual behavior swept under the carpet?

Take a look at this statement on Reddit. Today’s article on the Yakima Herald regarding Micahn Carter. He was the pastor of Together Church before running away to Alabama.

Here is one comment which seems to indicate that staff members at the Together Church knew what happened. The website of the church appears to be down.

When the cover up was going down, there was a small group of individuals who were closest to Micahn Carter and his conniving and bitter wife April Carter. They consequently were also staff members. Those staff members towed the line week after week stating “we don’t know what happened” as 100s of people wanted to know the truth and asked those staff members for the truth. Turns out those staff member knew EXACTLY what happened and were instrumental in covering up the true story (see Mary Jones’s confession)

They accuse the COTH of taking charge of things and spiriting fallen pastor away. Is this true? What does the COTH know when they *restore* a pastor. Do they ignore the fact the clerical abuse is not only wrong but against the law in some states?

On 7/21/21, Medium posted Mary Jones’ story: Moving Forward. Here is what she says about herself and her job at the church.

I served in that same church for 7 years and was hired on staff as Assistant to the Lead Pastor and his wife, who served as Executive Pastor, where I served for 1 year. My duties were never clearly explained to me, so I stepped in wherever I could. Laundry, school pick-up for their children, errands; I would do it all simply because I felt so honored that they would ask me to be their assistant.

I carried a lot of shame being a single mom learning to navigate dating and I sure did not feel anywhere qualified to work for a church.

This appears to be grooming behavior.

It’s hard to pinpoint where exactly dynamics changed or assume it was all disingenuous. Our pastor was very lovey; kissing our cheeks and always hugging us and complimenting us. It felt fatherly and, to be honest, I was grateful to have a father figure to protect me because I really longed for that.

She became isolated, only listening to the pastor.

My pastors included me in a lot of areas in their lives. My pastor would let me work in his office, he would ask my opinion on things as would his wife, they would encourage me, tell me when I looked pretty and correct me. When boys wanted to date me, they had to go through him. I hadn’t had that before. It created a space where I felt completely safe and trusted them — and only them.

There was one instance where my pastor made inappropriate comments referring to having dreams about me.

…He continued toward me, hugging me and then attempting to grab me and pull me in, grabbing my backside sexually.

It appears that he blames her for this behavior.

He later told me that I had a “spirit of sexuality” on me and that I had caused the moment.

She was eventually raped by the pastor in spite of saying “no.”

However, on April 29th, 2019, during a leadership event right before leaving for dinner, my pastor raped me in my office while most of our staff, teams and my family stood just outside the door.

Sadly, the pastor confessed to an *affair” which was baloney.

My mom ended up taking me to a therapist’s house who called a trauma therapist to meet me the next day. We developed a plan for me to be able to quit without throwing the pastor’s life away publicly because I truly wanted his family to be okay. I would spend the remainder of the week at home and making sure that their son’s birthday would still go

well, even though I was leaving. However, 4 days later my pastor confessed to “an affair.”

Mary’s account of her abuse is heart-wrenching. It is obvious that this was a non-consensual encounter. I do believe that Mary should report what happened to the police since rape is a crime.

What did the COTH/ARC know when they whisked him away to Alabama?

Is this true? I have no idea but it doesn’t surprise me.  However, I think it is time for COTH/ARC to wake up and consider that they may be terribly wrong about whom they choose to “restore.”

I wonder if COTH ever reaches out to the victims or do they spend all of their tithe money in attempting to restore pastors who abuse women? How do the women who attend COTH feel about their hard-earned money going to support these fallen pastors?