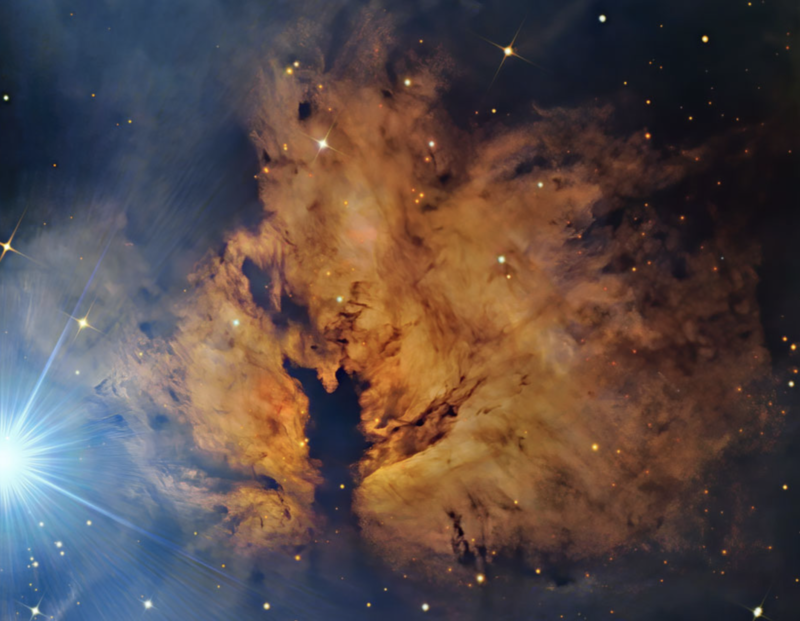 Alnitak and the Flame- NASA

A request for information from UK/US readers:

Over the last several years, I have heard from people in the UK saying that a number of well-known pastors and church leaders and in the UK have been engaging in nude massage sessions (and maybe more in order to *blow off steam.* They have apparently asked some young men pursuing the ministry to join them. I have been given one name but will not release it until I have confirmation. I am hoping that some alleged victims of this group of men might come forward and confirm that this is going on. I believe that it is likely that this is not a silly rumor given the recent revelations surrounding Jonathan Fletcher and John Smyth.

If anyone has information, they can confidentially contact me at dee@thewartburgwatch.com

This post is going to be a bit backward. As TWW readers know, I have been following the Jonathan Fletcher abuse situation for quite a while. I was planning an update on this situation when I bumped into Lee Furney on Twitter. He was victimized by Jonathan Fletcher and has started a website: Soul In Formation. He has spent time advocating for abuse survivors throughout the world. What caught my eye was his concern that NDAs (nondisclosure agreements) are being used in church and parachurch organizations.
As many of you probably know, Lori Annes Thompson, a victim of Ravi Zacharias, settled a lawsuit with Zacharias. Zacharias demanded an NDA which Thompson has asked the family to release her from the NDA now that Zacharias has gone on to face his Maker.

Furney posted BLOWING THE WHISTLE ON NDAS which was written by Anonymous. Having been pressured by a Christian charity to sign a non-disclosure agreement, our guest author considers the ethical implications of the NDA.

…two years’ salary in return for a quiet exit from the Christian charity I had served for 20 years.The chair of the Board had listened intently and without judgement as I described the experiences of the previous months: the mismanagement of a safeguarding issue by directors, the jeopardising of the health and safety of staff and the bullying I’d witnessed. He was compassionate and unhurried. This was a man I knew and respected and it was a relief to finally feel heard. I grew in confidence that there would be a desire for seeking truth, restoring broken relationships and, where appropriate, holding people to account.

As he summarised our conversation, however, he dismissed the idea of an investigation into my allegations, claiming it would be too difficult to verify the truth. While not refuting my account, he hinted at previously unmentioned “counter-narratives” and drew my attention to how traumatic grievance and employment tribunal processes can be. That’s when he proposed the alternative. I would receive a large payment from the charity on condition that I leave quietly by signing a non-disclosure agreement (NDA). I would be required to trust the Board chair to address any issues as he saw fit and destroy any evidence that might support my case.

For the past 12 years, I’ve spoken with victim after victim who got caught in this trap. Remember, unless one is a celebrity pastor or leader, their salary is likely low. Here is what anonymous learned. he doesn’t appear to have included the attorney’s fees.

On the advice of my Christian lawyer, who told me I was being offered double what he could achieve in court, I signed the settlement contract and received the payment. That was in 2018. To this day I am legally gagged from telling you exactly what took place while I worked for that charity

Why do Christian organizations use NDAs?

NDAs have their origins in protecting proprietary information or trade secrets, but they have, in more recent years, been used to protect a wider range of sensitive information, notably employment issues, including disputes. I believe the original purpose remains legitimate – although I suspect there is almost no circumstance where this would be applicable in a Christian organisation or church.

NDAs rely on intimidation – if an employee breaks an NDA by speaking out, they risk not just any settlement payment, but the costs of legal fees and, potentially, damages.

Some high-profile individuals have courageously broken their NDA.

We are also witnessing a number of high-profile cases where people have intentionally and courageously broken their NDAs. Notably, this includes the Labour MPs who blew the whistle on antisemitism in the party and Zelda Perkins who broke her NDA of nearly two decades to shed light on Weinstein’s abuse. Which leads to the question – should a Christian who has signed an NDA ever break it?

It is possible that such a contract may not be legally enforceable.

Although I understand Professor Altman’s argument, unfortunately, it appears that victims must be the ones who come forward. I wonder why he doesn’t expect church leaders to come forward?

Law professor Scott Altman argues compellingly that victims of abuse have a right to silence to avoid trauma and discrimination– but that if they accept money for silence, they breach their duty to disclose and become complicit in the abuser’s subsequent wrongdoing. As the trauma of the abusive event recedes and if the organisation refuses to address the allegations raised, it is my belief that Christians should prioritise seeking truth, justice and reconciliation over observing a coercive contract that may well not be legally enforceable. By challenging the use of a tool of intimidation, abuse can be brought to light and vulnerable people protected. But it is a journey, not an event, and the fear of breaking an NDA is palpable.

Maybe it is the churches that should come forward?

The Archbishop of Canterbury—the senior leader of all Anglican churches worldwide—announced Tuesday that the Anglican Church will no longer support non-disclosure agreements.

Archbishop Justin Welby told Times Radio that non-disclosure agreements (NDAs) have been used to hide racism, but said nothing of NDAs hiding abuse—a practice abuse survivors claim is rampant. Welby added that he has written to several senior leaders in the church to tell them that the Church of England will no longer use confidentiality agreements.

For example, in 2018, Anglican leaders forced a woman, abused by a vicar who had exposed himself to her, to sign an NDA.

Welby said nothing about that case. He also did not address whether NDAs have impacted the hundreds of people who were sexually abused by Anglican church leaders from the 1940s to 2018.

According to a report by the Independent Inquiry into Child Sexual Abuse, the church prioritized its own reputation and that of abusers over safeguarding children.

The church is supposed to be in the light, not manipulate the light.

14 “You are the light of the world. A town built on a hill cannot be hidden. 15 Neither do people light a lamp and put it under a bowl. Instead they put it on its stand, and it gives light to everyone in the house. 16 In the same way, let your light shine before others, that they may see your good deeds and glorify your Father in heaven.

Call me naive but I think the church is not supposed to hide in the darkness of NDAs. Instead, churches should openly admit to their abuses as those who live in the light. Hiding abuse is turning out to be a bad idea. Churches can put up blackout curtains and pretend that they have saved the church from…from what? Martin Luther coined the phrase (and I bet I’ll get some smart, young seminary student to say he didn’t but I don’t care)” Simul iustus et peccator.”  We are simultaneously just and sinful. So, shouldn’t the church admit to their failings and stand in the light as they seek to find forgiveness from the victims and to make restitution for those victims sans an NDA.

Instead, we hide in the darkness and pretend we are good. Is that warped Christian thinking or what? What are they teaching in seminaries these days?

Lee Furney is forming an organization to fight these unjust NDAs.

The website isn’t quite finished but his effort will be called #NDAfree. Here is the tweet I saw.

So being the snoop that I am, I contacted him and asked about his group. He told me that the website isn’t quite set up but this is the information that will be included.

We are a (global) movement committed to releasing individuals, Christian organisations, local churches, and charities from the misuse of Non-Disclosure Agreements. Too often, these tools are used to silence people following abuse.

We’re a community of survivors, whistleblowers, and activists, brought together by a shared belief in this justice issue. As followers of Jesus, we long to see our communities press into the hard work of pursuing truth, promoting transparency, and, where possible, seeking reconciliation.

What we do – 2 campaign actions:

Safely enabling individuals to disclose they have been subject to an NDA. By telling our stories, we allow truth and light to flourish.[This is essentially about bringing what’s happened in the past to light.

2) Pledging for a safer future

A pledge for churches and organisations to chose freedom from NDAs. Resources, templates, and ideas to encourage trust and healthy communities

There you have it. The beginning of a new movement. As Jean Luc Picard would say: “Make it so!”