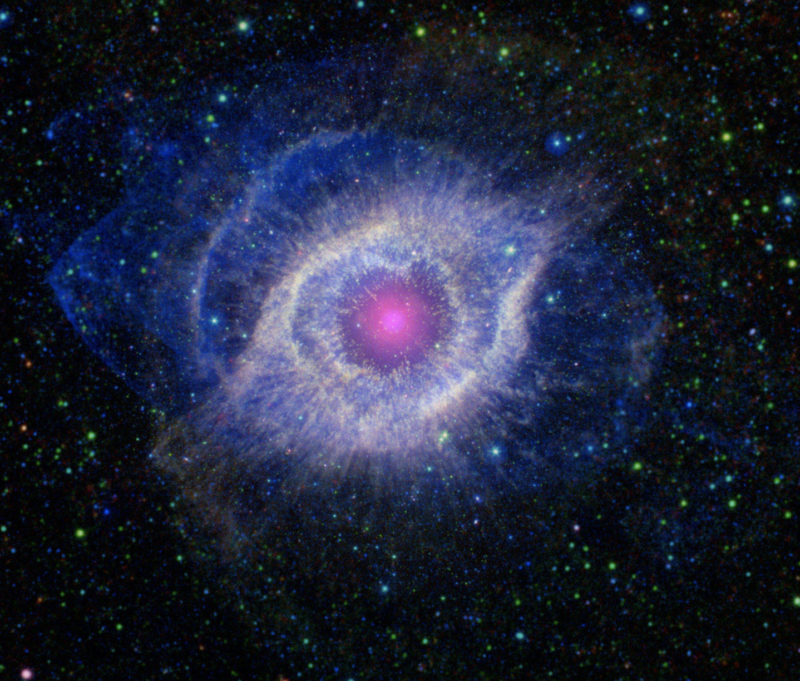 “You can’t change the world alone – you will need some help – and to truly get from your starting point to your destination takes friends, colleagues, the goodwill of strangers, and a strong coxswain to guide them.” William H. McRaven

In 2005, the Gospel Coalition was formed. Who did they say they are?

They are opposed to liturgy, ritual, and sacrament which might surprise some Anglicans who occasionally write for TGC, Their goals are stated here.

We are a fellowship of evangelical churches in the Reformed tradition deeply committed to renewing our faith in the gospel of Christ and to reforming our ministry practices to conform fully to the Scriptures.

…We believe that in many evangelical churches a deep and broad consensus exists regarding the truths of the gospel. Yet we often see the celebration of our union with Christ replaced by the age-old attractions of power and affluence, or by monastic retreats into ritual, liturgy, and sacrament. What replaces the gospel will never promote a mission-hearted faith anchored in enduring truth working itself out in unashamed discipleship eager to stand the tests of kingdom-calling and sacrifice.

…We want to generate a unified effort among all peoples—an effort that is zealous to honor Christ and multiply his disciples, joining in a true coalition for Jesus. Such a biblically grounded and united mission is the only enduring future for the church. This reality compels us to stand with others who are stirred by the conviction that the mercy of God in Jesus Christ is our only hope of eternal salvation. We desire to champion this gospel with clarity, compassion, courage, and joy—gladly linking hearts with fellow believers across denominational, ethnic, and class lines.

Our desire is to serve the church we love by inviting all our brothers and sisters to join us in an effort to renew the contemporary church in the ancient gospel of Christ so that we truly speak and live for him in a way that clearly communicates to our age. As pastors, we intend to do this in our churches through the ordinary means of his grace: prayer, the ministry of the Word, baptism and the Lord’s Supper and the fellowship of the saints. We yearn to work with all who, in addition to embracing the confession and vision set out here, seek the lordship of Christ over the whole of life with unabashed hope in the power of the Holy Spirit to transform individuals, communities, and cultures.

Their goals are fairly clear:

Then, in 2006, Collin Hansen wrote Young, Restless, Reformed: Calvinism is making a comeback—and shaking up the church. This was when I began to get interested. The article points out the concern about this theology within the SBC. This is a problem that remains.

Already, this latest surge of Reformed theology has divided Southern Baptist churches and raised questions about the future of missions. Its exuberant young advocates reject generic evangelicalism and tout the benefits of in-depth biblical doctrine. They have once again brought the perennial debate about God’s sovereignty and humans’ free will to the forefront.

The article touted Joshua Harris who no longer subscribes to the faith. It mentions CJ Mahaney who presided over the greatest evangelical sex abuse scandal (maybe until Ravo Zacharias.)

Harris was a leader among his generation even before he published I Kissed Dating Goodbye in 1997. But the bestseller introduced him to a wider evangelical audience, earning many fans and at least as many detractors. Now he pastors Covenant Life Church, a congregation of 3,800 in Gaithersburg, Maryland.

… Later, C. J. Mahaney, a charismatic Calvinist and founding pastor of Covenant Life, took Harris under his wing and groomed him to take over the church. Mahaney, 51, turned Harris on to his hero, Charles Spurgeon, the great 19th-century Calvinistic Baptist preacher in London. Mahaney assigned him a number of texts, such as Iain H. Murray’s Spurgeon vs. Hyper-Calvinism. “I would have been reading Christian comic books if left to myself,” Harris told me, flashing the characteristic self-deprecating humor he shares with Mahaney.

Mohler has attracted a strong faculty and spurred enrollment to more than 4,300 students—which makes it the largest Southern Baptist seminary. But SBC conservatives may have gotten more than they bargained for in Mohler. The tireless public intellectual freely criticizes perceived SBC shortcomings, especially what he considers misguided doctrine. Oh, and Mohler is an unabashed Calvinist. His seminary now attracts and turns out a steady flow of young Reformed pastors.

… Piper does scare some people. It’s probably his unrelenting intensity, demanding discipline, and singular passion—for the glory of God. Those themes resound in Desiring God, Piper’s signature book. The pastor for preaching and vision at Bethlehem Baptist Church in Minneapolis has sold more than 275,000 copies of Desiring Godsince 1986. Piper has personally taken his message of “Christian hedonism” to audiences around the world, such as the Passion conferences for college-age students

It warned of the potential splitting of the SBC

The most provocative comments in the SBC may belong to Steve Lemke, provost of New Orleans Baptist Theological Seminary. In April 2005, he presented a paper on “The Future of Southern Baptists as Evangelicals.” Lemke warned, “I believe that [Calvinism] is potentially the most explosive and divisive issue facing us in the near future. It has already been an issue that has split literally dozens of churches, and it holds the potential to split the entire convention.”

…Lemke noted that Calvinism has periodically waxed and waned among Southern Baptists. “However, the number of Calvinist faculty dramatically increased [starting in the 1980s and] over the next 20 years.” Lemke and many others explained to me that Calvinists like Mohler earned leadership roles during the SBC’s inerrancy battles due to their reliably conservative theology. Their academic and biblical rigor suited them for seminary positions. Now, Lemke said, their influence has made the “newest generation of Southern Baptist ministers … the most Calvinist we have had in several generations.”

The more I read, the more I found their *We will save the stupid church with real theology* fascinating. So, in 2006, I would check in in 2020, to see how the saving of the church was going. I’m a little late but here goes.

Church membership is in a steep decline

…13-percentage-point increase in no religious affiliation since 1998-2000 appears to account for more than half of the 20-point decline in church membership over the same time.

Well, in 2021, it appears to demonstrate that the Young, Restless, and Reformed crowd did not make a dent in the decline in church membership.

In the meantime, evangelicals are increasingly interested in liturgical church and practices and even Matt Chandler is jumping on the bandwagon. Uh oh.

Evangelical churches are embracing liturgy to make the megachurch more personal: Pastors and professors see the trend as a response to other trends, both inside and outside the church, and as an opportunity to overcome barriers that have divided Christians for centuries.

That sentiment has been strong among Southern Baptists, so it is significant that The Village Church, a congregation with ties to that denomination (it was previously named Highland Village First Baptist Church) has adopted these practices.

Young adults are also drawn to historic practices because they long for a sense of mystery. The pragmatic consumerism that has infected the church leads us to value the elements of our faith and practice that are most “relevant” to us today. For example, many contemporary churches play worship music that echoes secular pop songs, and we’ve designed our church buildings to look like Walmarts or movie theaters, neglecting theologically informed architectural designs that were once popular in church buildings and sanctuaries.

Young adults sense intuitively that today’s churches have lost a vision for aesthetic beauty that encourages us to experience the mystery and transcendence of God. And they have grown tired of shallow, alternative approaches to the historic liturgical practices of past centuries.

Young adults want more. They want depth and mystery, and they aren’t afraid to say it.

Wait…pastors like Matt Chandler, a Calvinist Southern Baptist, are now beginning to embrace liturgical practices. But…This goes against the foundational documents on The Gospel Coalition. Maybe it’s time to do a rewrite?

Carter refers to Leeman as a *pastor-theologian!* Leeman claims that the church is a real-life “embassy.”

As pastor-theologian Jonathan Leeman says, an embassy declares its home nation’s interests, and it protects the citizens of the home nation living in the host nation. A church is a real-life embassy, set in the present, that represents Christ’s future kingdom and his coming universal church.

He claims that a new church attendee is part of that embassy when he joins the church.

Joe Carter claims that we, the ones who are church-goers, must submit to the authority of the leaders,

Church membership is therefore necessary because it helps us obey essential commands found in Scripture. For example, the Bible says we should submit to one another out of reverence for Christ (Eph. 5:21). The Bible also says to have confidence in your leaders and submit to their authority, because they keep watch over you as those who must give an account (Heb. 13:17).

How do you know which leaders to submit to? How do Christian leaders know who should submit to them? And how do we know who such leaders are? How do the leaders know for which people God will hold them responsible?

The answer is that we freely choose to submit to a specific group of believers and leaders by making a public commitment. And we do all of that by becoming members of a church.

What is wrong with this description of church membership which usually involves signing a membership contract.

I believe that abusive practices, including sex abuse, in the church is contributing to church membership decline.

I believe that abusive church practices, including sex abuse, are contributing factors to church decline. I believe that many were shocked to discover that evangelical churches had as many complaints of sex abuse as the Catholic church. Even now, we watch leaders like JD Greear team up witha  pastor who did not report abuse to the authorities. Yet he was the one who wanted us to believe that the SBC was serious about sex abuse. Years ago, Joe Carter accused me of libel for speaking out against alleged sexual abuse in Sovereign Grace Ministries. To this day, Carter, along with others in the Reformed crowd, have not apologized for their sycophantic acceptance of Sovereign Grace Ministires deeply flawed ministry. Imagine if I had had the misfortune to be a member of Carter’s church in which he serves as a pastor?

Be very careful to whom you relinquish your freedom of conscience. Be careful of those who demand that you submit to their authority. And, given this insight by Carter and Leeman, be super dee duper careful.