“Oh for the old days, the old days when NO restaurant was open on Sundays. Oh for the days when ‘blue laws’ were in effect all over this country. But, those days are gone. There are a significant amount of people who appreciate that the streets of our city could be just a little safer with no Sunday sale of liquor.”

The Wartburg Watch wrote about William Milam on December 16, 2020.  Milam, arrested on December 14, 2020, was charged with two counts of promoting sexual performance of a child and twenty-five counts of possession of child pornography. Milam was the pastor of Olivet Southern Baptist Church at the time of his arrest.

Note that LE found a suitcase belonging to Pastor Milam that contained “adult sexual enhancement devices” and “young girls socks.” I will spare you Pastor Milam’s explanation for these socks, but left unasked was if the socks had come from young girls that the Pastor had sexually molested.

In the court record below, you will see that on December 28, 2020, it appears that the now-former pastor of Olivet Southern Baptist Church, William Milam, plead not guilty to the 27 felony counts he is charged with. You may be wondering, as I am, why Milam plead not guilty when, after being advised of his Miranda rights he proceeded to sing like a canary to the agents who were questioning him. Granted, Milam doesn’t seem to be the sharpest knife in the drawer, but I assume he was acting on the advice of his defense attorney, so there must be some logical explanation for this. Perhaps this is the way the game is played and a plea-bargain will be worked out in the future, I really don’t know.

The next court appearance for Milam is scheduled for April 8th. The Wartburg Watch will be tracking this case and plans to keep you updated. In the meantime, if you or anyone you know has children and has ever had any dealings with William Milam, you would be well advised to have a serious conversation with your child. I would not be shocked to find out that Milam has done more than just look at child pornography on the internet. Additionally, my guess is this guy has been engaging in these activities for years. 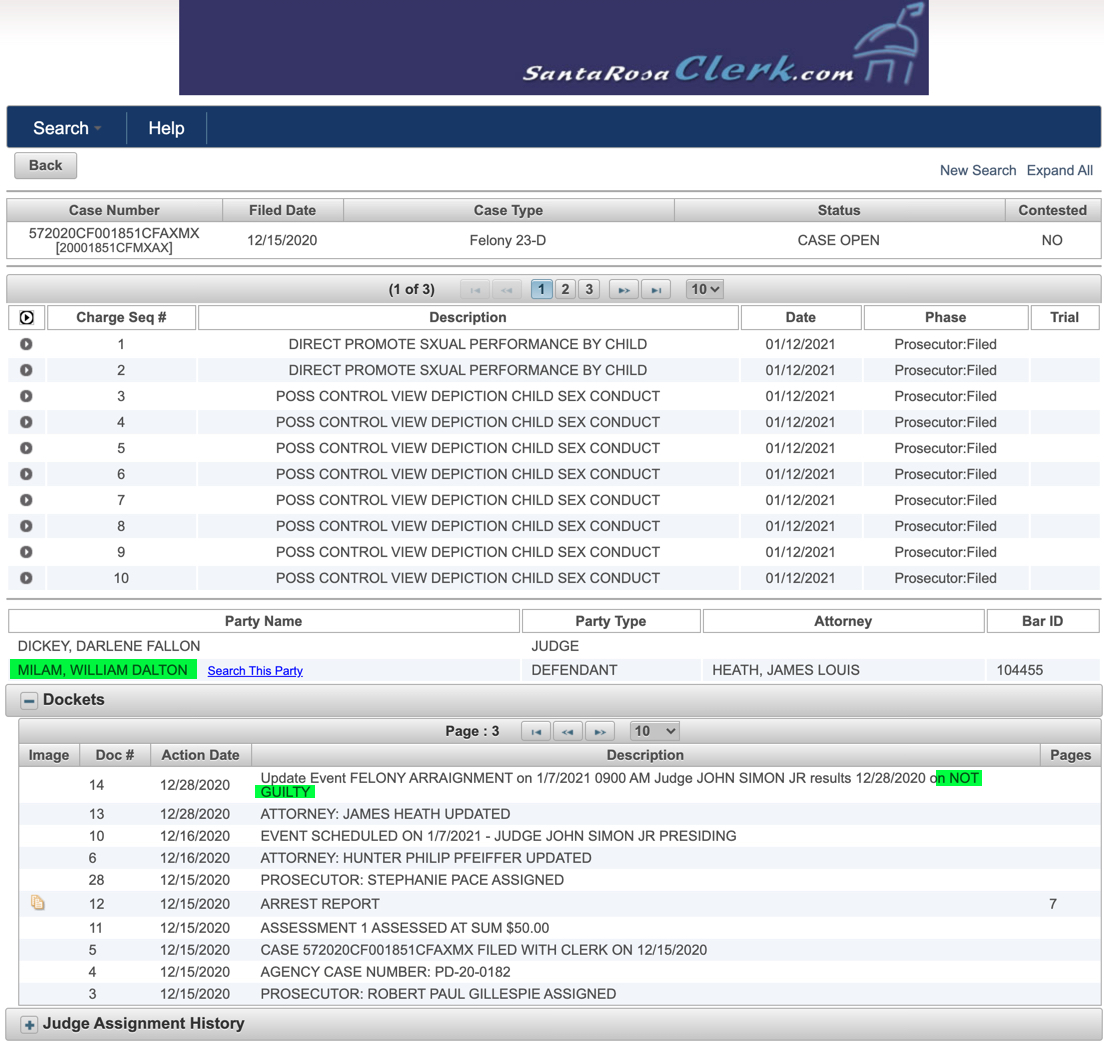 Approximately three weeks after Southern Baptist Pastor William Milam was arrested another Southern Baptist church had one of their Elders arrested. John Griffin was a lay Elder who ministered to senior adults. This from a Ministry Safe news release: 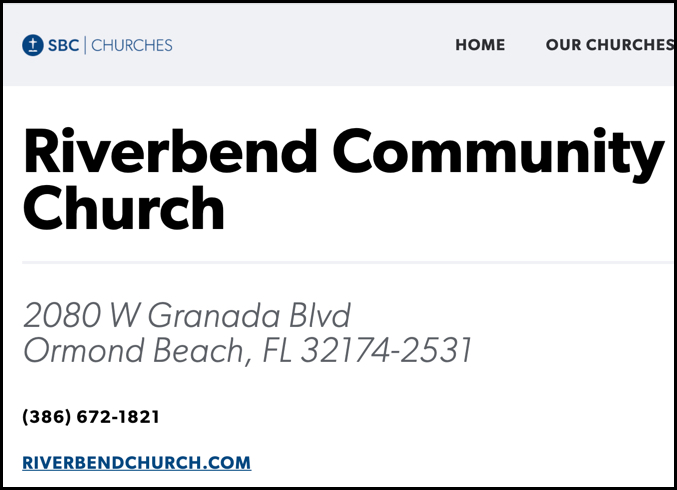 John Griffin was a member of Riverbend Community Church. (Prior to 1998 the church was named First Baptist of Ormond Beach, but like so many Baptist churches, they changed their name, apparently, the word “Baptist” in the name  scares people away, therefore many Baptist churches go stealth mode, enabling them to attract the unsuspecting!) 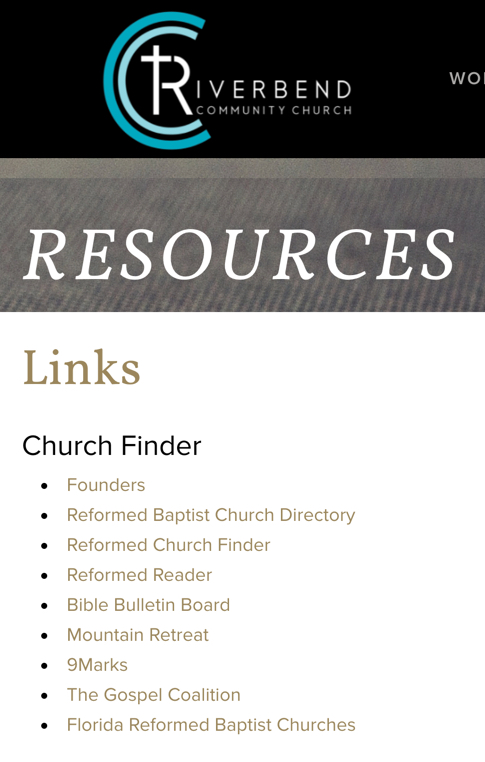 Yep, potential members should be happy to know they can find Riverbend Community Church listed on both the 9Marks and Founders Ministries websites! 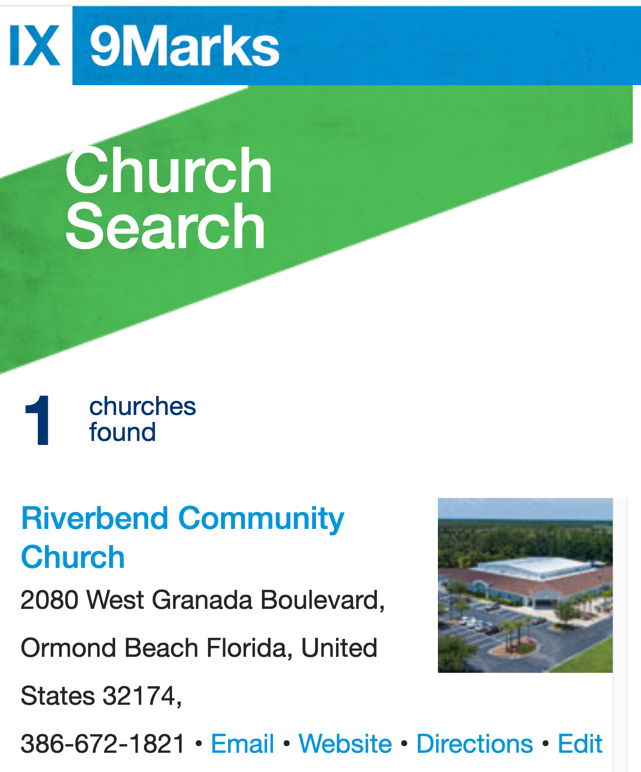 Below are the 30 felony counts Elder/Pastor John Griffin has been charged with. Once again it appears a wolf has snuck into the sheep-pen, even though he was undoubtedly thoroughly examined by the Riverbend Community Church pastors prior to being allowed to become a card-carrying, membership contract signing official member. (In the video where Pastor Scott Menez explained the John Griffin scandal to church members he mentioned the super intense scrutiny with which they examined John Griffin prior to ordaining him as an Elder. Another fail. 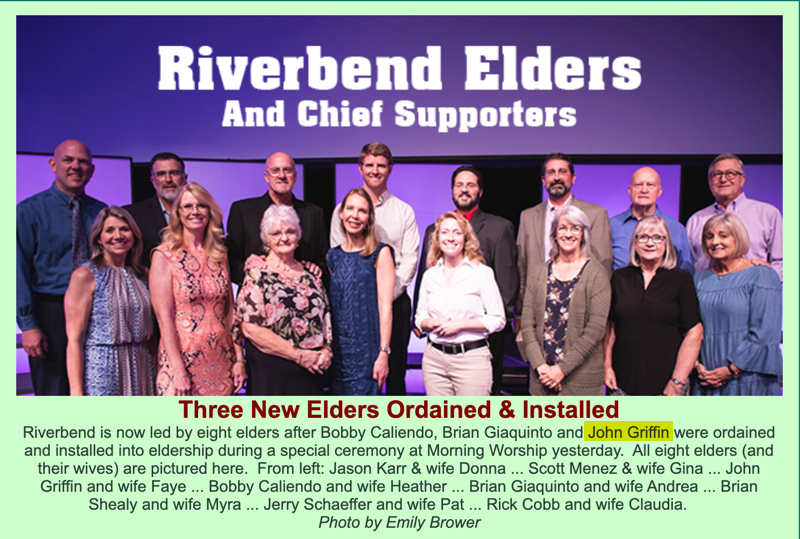 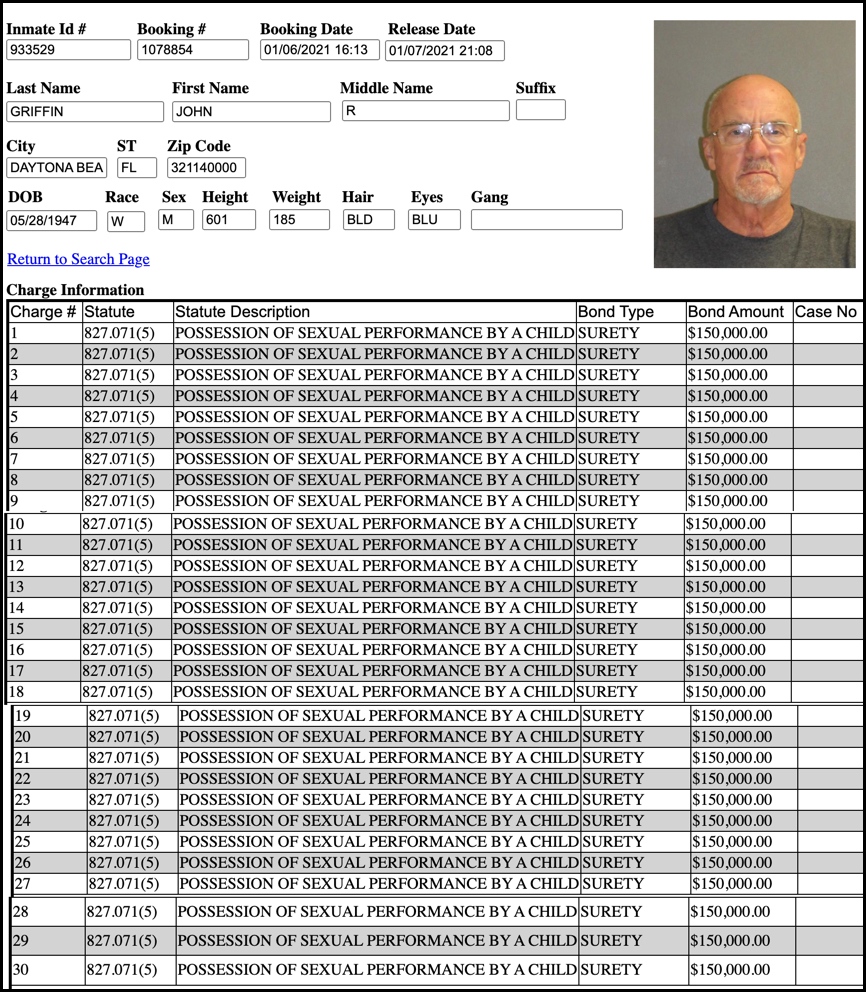 In addressing church members, Pastor Scott Menez seems intent on making it clear that John Griffin is a lay Elder/Pastor, not a paid staff member. I don’t really understand the point of this. Does Menez think that a paid Elder is incapable of doing what Griffin has done? Or is it perhaps an attempt to minimize the damage, you know, keep members from leaving Riverbend Community Church in droves?  And then Pastor Menez, while advising people not to judge John Griffin because nobody has spoken to him makes the comment that social media is evil!  Go ahead and judge the evil press and social media, but don’t judge Griffin.  OK, gotcha Pastor Menez. I grow weary of the tiresome screed trotted out every time some man of the cloth is discovered to be a horrific sinner. I guess it frustrates these leaders to have no control over the minds of the rock-throwing rabble, nor can they control the conversation.

Give it up Pastor Menez. While nobody is denying John Griffin a fair trial and the presumption of innocence by a jury of his peers, it is not a reach to suspect that when Law Enforcement swarm your house and upon examining your computer find 200 files of child pornography it’s not a reach to say this guy has a lot more to worry about than news reporters and social media gossipers.

And now we have heard what the real issue is in the eyes of the salaried Elders. Their job is to protect the church, and by church I don’t believe Pastor Menez is talking about the individual believers, but rather, the 501C3 corporation. Or to state it in plain English, the paid staff are worried about their paychecks.

This last clip amazes me. Church members are not to gossip “till they know the truth.”  So gossip is acceptable after that?  And if nobody knows anything, nobody has talked to Elder Griffin, how can you possibly justify removing him from office? I smell hypocrisy here, but anything goes when your job is to protect the church, right?

The good ship SBC is listing heavily to port and I see no hope of recovery. Time to deploy the lifeboats, paid staff board first, of course! 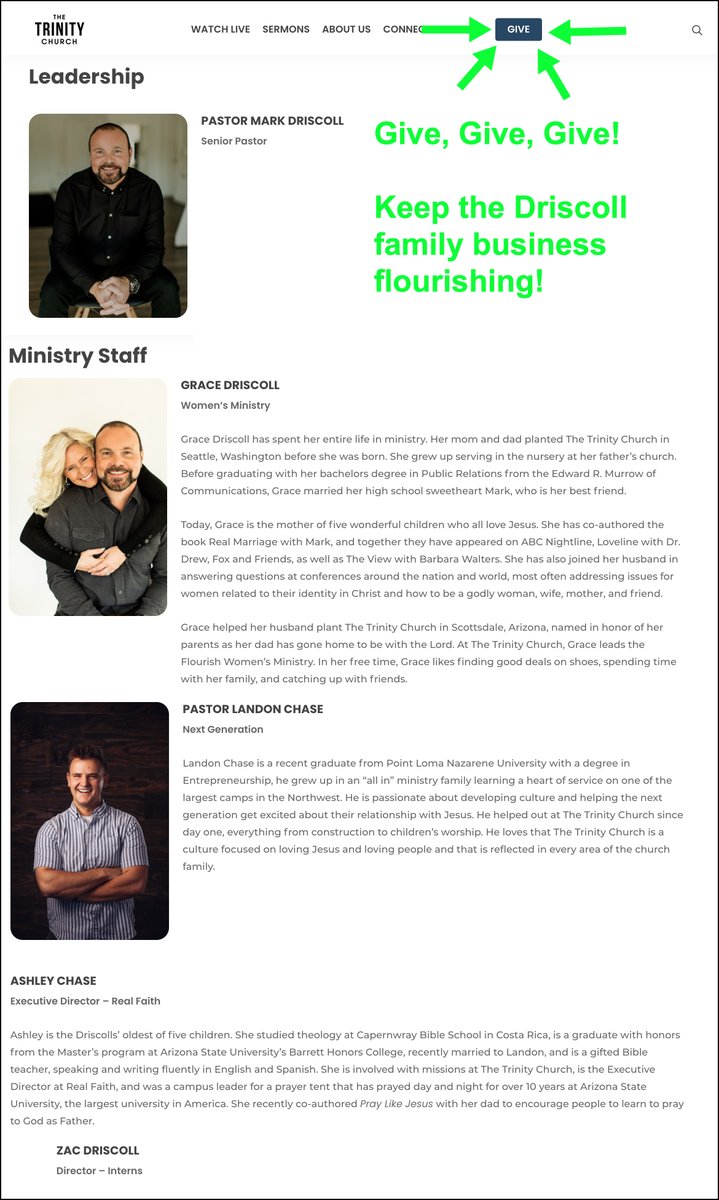