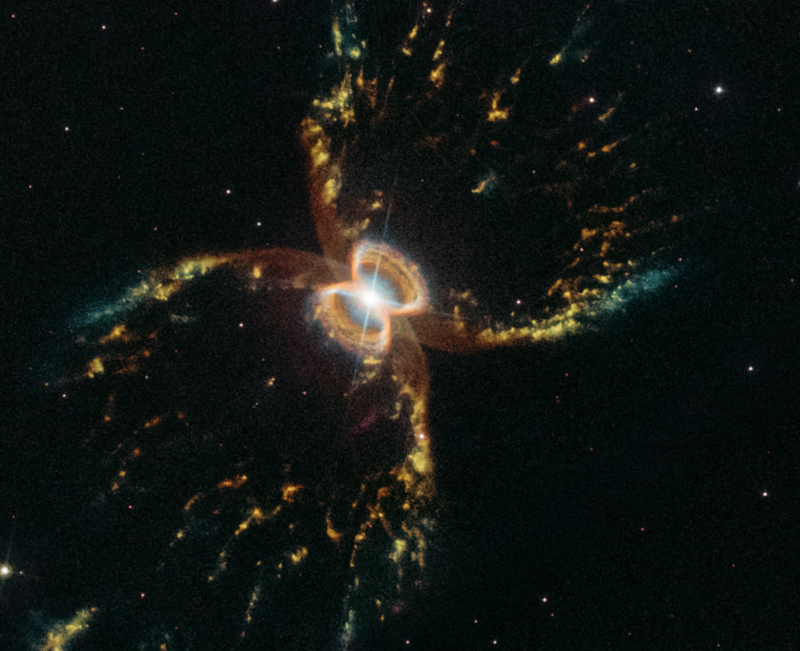 Who would envy a man who could not feel shame? Who would associate with a man who glories in his shame? In either case he evinces a heart depraved, a mind demoralized.-Joseph Bartlett

Time to catch up on some news.

I thought you might find this fundraising effort by Mark Driscoll interesting. This guy, who was responsible for the implosion of Mars Hil, ran to Scottsdale and lives large in new digs. This was probably purchased with tithes he earned as the hip pastor from Seattle… He is now trying to soak the faithful in Scottsdale. He sent this fundraising letter to a person who is not a fan. 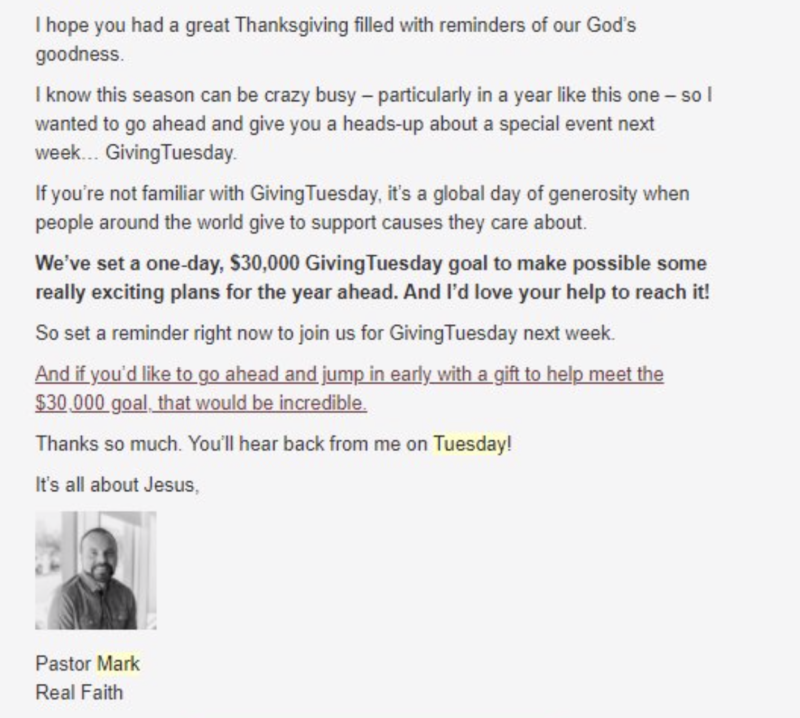 Apparently, Driscoll is changing the name of his ministry from Mark Driscoll Ministries to Real Faith. Maybe the name recognition didn’t generate lots of warm hugs from an admiring public. Here is a link to the website, complete with his video announcing his stunning new enterprise.  Grace is going to be doing some talks on *Real Women along with one of their daughters. Mark Driscoll, the manliest man out there, will be doing podcasts on real men. Second verse, same as the first.

There is nothing *real* about Driscoll and I expect there will be some interesting podcasts, etc. ahead to dissect. Indeed, he is bringing his entire family into the enterprise. I have been covering this man for almost 12 years!! Somehow, I can’t bear to think about it again. But, for you, dear reader, I do my best.

So Pete claimed he was burned out and left Cross Point Church along with Jordyn (whose last name was Wilson but not married to Pete Wilson). She was his very young administrative assistant who divorced her husband after coming to work with Pete. I heard a rumor that the church leaders thought I was lying when I said that Pete and Jordyn might be *involved.* He dumped his lovely wife, Brandi. How can a wife who bore him three kids and stood by him while he was starting his career as a mega pastor compete with a 20 something childless woman? And Jordyn helped him. Pete is quite a bit older than his new wife. And now, they are blissfully married, for the time being, and starting a new podcast called Good Talk. Here is his bio on that podcast site. Try not to gag.

Pete Wilson is the former pastor of one of the fastest growing churches in the country, but life took a drastic turn when he went through personal burnout and a divorce. Armed with a new awareness that failure is not final and that unconditional love can melt away destructive shame, he’s discovering the beauty and purpose of life again. He has remarried and is now partnering with his wife, Jordyn, for this new podcast. Good Talk exists to help people take their mind off the temporary and heavy, and remind them of the joy of life, the love of God, and the possibilities that lie ahead. If you’re interested in living a more meaningful life but you don’t really know where to start or maybe you’re interested in spirituality but you’ve been burned or feel intimated by traditional religion, then this podcast is for you. Each week Pete and Jordyn will share some amazing stories and introduce you to some inspiring people. They’ll share what they’re struggling with (even when it’s not pretty), challenge us to rethink some religious misconceptions we’ve held onto, and give us some practical strategies to live the life we’ve been created to live.

There used to be a thing called shame. I believe Pete told a whopper to his church. It’s funny how a burned-out pastor suddenly took on an executive position with the utterly weird (in my opinion)  *A Group*, became a commuting pastor for a church hundreds of miles away, and spent ‘quality’ time with his kids and his new squeeze. (You saw the Instagram photos, didn’t you?) There is no shame. They have much in common with Stacie and Tullian Tchividjian.

Randy Stinson resigns due to substance abuse. How does biblical counseling deal with serious addiction?

Randy Stinson, who had served as provost and vice president for academic administration since February 2019, announced he could “no longer continue” as provost because of “the recurrence of a years-long struggle with substance abuse.”

…“It has been a great opportunity to serve as provost under Dr. Adam Greenway in the early months of his leadership at Southwestern Baptist Theological Seminary,” Stinson said in a statement provided to the seminary.

“Regrettably, I can no longer continue in this role due to the recurrence of a years-long struggle with substance abuse that has exacted a progressively burdensome toll on my family and my health. I thought I could fight this battle alone in secret, but I was wrong.”

Stinson added: “As I turn to a new path of disciplined recovery, I express my great appreciation for the seminary community that has stood by us. I also plead for continued prayers on behalf of our family as I seek professional medical treatment and spiritual support consistent with my Christian faith.”

According to Stinson’s bio at GoodReads:

He was also an author (along with Piper, Grudem, and friends) of the highly controversial  Recovering Biblical Manhood & Womanhood: A Response to Evangelical Feminism.

Al Mohler honored Stinson at SBTS in 4/2019 when Stinson was *called* to serve SWBTS.

Mohler also recognized Randy Stinson, who is the new provost and vice president for academic administration at Southwestern. He previously worked in a similar role at Southern Seminary as provost and senior vice president for academic administration, as well as the school’s Basil Manly Jr. Professor of Leadership and Family Ministry.

Mohler also presented a certificate to Stinson, who first joined the Southern Seminary faculty in 2005. Stinson received a page from Psalm 19, taken from the same 1614 edition of the King James Bible.

I want to ask a hard question here. Stinson admits to years of substance abuse problems. Was he passed along to SWBTS with the hopes he would be *scared straight?* Surely SBTS had an inkling of this long-term problem.  We do know that SBTS is the home of so-called *biblical counseling.* Did Stinson get the help he needed to overcome what appears to be a difficult, long term substance abuse problem? Do the SBC and its seminaries have a written policy to help those employees afflicted by a substance abuse problem? Or is that just a sin and they should just *stop it?*

Given the current lawsuit against the makers of Oxycontin, I think we all need to understand just how hard it is to overcome an addiction: Purdue Pharma to plead guilty in $8bn opioid settlement

Purdue Pharma will admit to enabling the supply of drugs “without legitimate medical purpose”.
The deal with US Department of Justice resolves some of the most serious claims against the firm.
But it still faces thousands of cases brought by states and families.
Purdue called the deal an “essential” step to wider resolution of the matter.
“Purdue deeply regrets and accepts responsibility for the misconduct detailed by the Department of Justice,” said Steve Miller, who joined Purdue’s board as chairman in July 2018, shortly before the firm sought protection from the litigation by filing for bankruptcy.

Sadly, it is alleged that Perdue claimed their drug was not a seriously addictive, pain control narcotic. That was not true and so many people have been seriously affected by this dangerously addictive medication. Many have died due to their addiction.

I think the SBC, SBTS, and SWBTS should make a statement on how they are supporting Randy Stinson and his family to overcome his addiction. Note: I do not know what medications or combination of medications to which Stinson was addicted.

Concordia Prep in Towson MD hit with a lawsuit from 4 students.

A fourth former Concordia Preparatory School student has filed a federal lawsuit alleging the Towson private school and the governing body of the Lutheran Church ignored her reports of sexual assault and harassment.
The Baltimore County woman, who was a minor at the time of the allegations, filed the complaint Wednesday in U.S. District Court arguing Concordia administrators and the Lutheran Church-Missouri Synod failed to investigate her reports of male student-athletes sexually assaulting and harassing her on campus.

…According to the complaint filed Wednesday, several male student-athletes began to verbally harass the then-freshman girl in the fall of 2017.

Ketterer, Browne, and Anderson (KBA) report that KBA Attorney Christina Graziano Takes on Concordia Prep School for Ignoring Student’s Assault and Harassment ComplaintsThis law firm is well known for representing clients from the Catholic abuse scandals as well as other religious groups and the Boy Scouts of America. They have filed this suit in federal court

BA attorney Christina Graziano is litigating this case, Hartsoe v. Concordia Preparatory School, in the United States District Court for the District of Maryland, federal court. The case is pending in the Northern District in Baltimore City..

First, students circulated an unauthorized sexually explicit video of the underage girl around the school. Plaintiffs’ Complaint in federal court alleges Concordia Preparatory School’s agents became aware of it, but failed to act. Then, male students began harassing the girl. Some male students sexually assaulted her in a religion class and later in a locker room. Despite being informed, Concordia Preparatory School failed to address these events.

As Fox45News summarized the Complaint, “male students ‘had escalated the Locker Room tradition by using that space as a venue for forced sexual encounters with female students. CPS knew or should have known that students used the Locker Room as a venue for sexual harassment and/or statutory rape and secured CPS facilities that students used as ‘hook-up’ spots or venues for sexual behavior. CPS took no significant action to investigate this allegation or any other instances of alleged aggressive sexual behavior by its male students.’” The lawsuit alleges Concordia Preparatory School was aware of the event, but failed to protect Plaintiff and report the events.

Lots to talk about, huh?