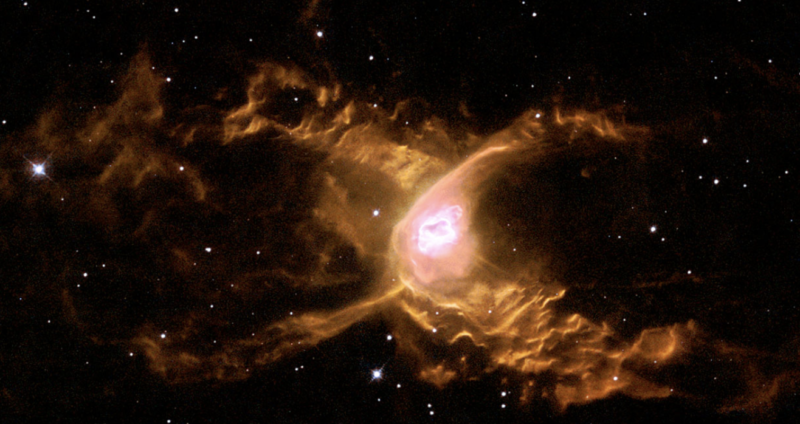 “Of all the bad men, religious bad men are the worst.” CS Lewis

I live in Raleigh which is part of *The Triangle. This includes Raleigh, Durham, Chapel Hill, Cary, and some smaller communities. I lived in Durham many years ago. JD Greear’s church, The Summit, used to be in Durham until he recently moved the main church to a more *fertile* location in Raleigh. I follow religious news and I can truthfully say that I have never heard of Daniel Chalmers or his ministry, Love Wins, or his association with Catch the Fire.

Catch the Firee appears to be the typical Toronto Blessing, New Apostolic Church.

Catch The Fire is a dynamic family of healthy churches, encountering and living in God’s presence, manifesting his love and joy and transforming our cities.

Catch The Fire Raleigh-Durham is a church family that is committed to seeing the transformation of individuals, families, and the cities around us. We are part of a larger church family that was founded in Toronto, Canada, and our heritage is steeped in revival. There are many prophetic words over the region of North Carolina, and each one of us has a part in seeing the fulfillment of God’s promises in bringing Heaven to earth. We believe that God has an amazing plan and purpose for your life.

Our desire is that as a church community, we support and empower you to go after God’s dream for you. We strongly believe that the Holy Spirit is not limited to church services, which is why we value spreading the love of God in our families, workplaces, local grocery stores, neighborhoods, and so on; wherever you go, the Holy Spirit will move in mighty ways!

We love you. We honor you. Welcome home.

As an aside, what does their description of a *family of churches* remind you of? Yes, CJ Mahaney’s descriptor of Sovereign Grace Ministries.

Here is his rather bizarre description of Chalmers’ own ministry, Love Wins.

Danny Chalmers passionately pursues the presence of Jesus and has one goal in life: to love like Jesus. With a background in acting, Danny loves the creative brilliance of God. After serving for years at Church in the Son by loving fatherless and special needs children, taking men through inner healing and deliverance, and preaching the gospel on the streets, God sent Danny to Bethel School of Supernatural Ministry. There, Danny served and lead in the healing rooms and developed a passion for Jesus to get His full reward.  Danny wants to  shout from the rooftops the goodness of His Heavenly Daddy and see people completely healed – spirit, soul and body. Just as Jesus was the exact representation of the Father, Danny lives to embody the heart of His perfect Father in heaven. He is on staff at Catch the Fire Raleigh-Durham. Danny functions strongly in the prophetic, miracles, signs and wonders. His highest priority is to love God with all his being, adore his family and then overflow into ministry.

There is little proof offered for his claims. However, his participation in the Bethel School of Supernatural Ministry kind of says it all. I am no fan of this group which has some dicey theology. Here are two posts that I wrote.

Bethel Church of Redding CA Tried to Raise a Little Girl From the Dead. Guess What Didn’t Happen.

Chris Conlee Joins the Troubled Pastors’ Conga Line, Joining Bethel Cleveland Where He Will Assist in Raising the Dead and Making Sure Jesus Gets His Full Reward

Chalmers does not appear to have any training in theology and so I approached this story with a jaundiced eye. Che Ahn is listed as a *spiritual covering* for Love Wins. 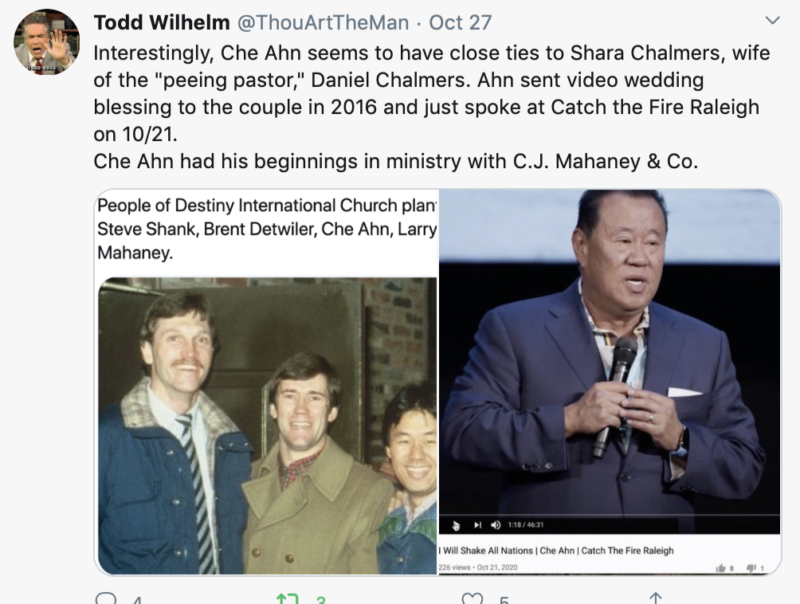 Why is Daniel Chalmers now known as the *peeing pastor?*

Let’s start with the interview of the woman who was the recipient of the Chalmer’s urine.

This is a rough chronology of the events.

The following are a number of news reports that confirm this chronology. The article in the Charlotte Observer posts the arrest report for your reading pleasure…

The wife of a North Carolina pastor accused of disorderly conduct during a flight from Las Vegas to Detroit says he had a bad reaction to sleeping medication.

According to Fox 2 Detroit, Alicia Beverly was flying from Las Vegas to Detroit on Oct. 12. After falling asleep, she awoke to find another passenger relieving himself on her. The FBI later said a man was taken into custody and given a date to appear in court, but it did not identify him publicly.

The police report published by The NC Beat said that an off-duty officer saw Chalmers walking down the aisle of the airplane and then heard a scream coming from another passenger. The officer spoke to Beverly, who said Chalmers had urinated on her.

When the officer spoke to Chalmers, according to the report, he denied any involvement, allegedly saying, “I am a pastor, that is out of my character, I didn’t do it.”  When the flight landed in Detroit, Chalmers was cited on a misdemeanor charge of disorderly conduct, then released.

When questioned by police at the airport, according to the report, Chalmers admitted having a few drinks and taking sleeping medication. He also submitted to a blood alcohol test.

Chalmers’ eyes were bloodshot and he smelled of alcohol after officers detained him after the flight, according to the police report. “Chalmers also stated he took an (word redacted) before he left from Vegas.”

According to the police report, the victim “woke up feeling something warm on her body and when she looked up to her right, she observed Mr. Chalmers standing next to her shaking his exposed penis. (She) stated that she then noticed that Mr. Chalmers urinated on her and she started screaming.

….A police officer who happened to be in the emergency row said he asked the victim what happened, and she replied: “He peed on me!,” according to the police report.

“I then asked Chalmers: “What did you do?” and he replied, “I peed on her, I thought I was going to the bathroom,” the officer said in the report.

…Chalmers later denied peeing on anyone, according to the police report. “Whatever it is she is accusing me of, I didn’t do it,” an officer said Chalmers told him. “When I advised him of what it was the victim was accusing him of, Chalmers replied “I’m a pastor, that is out of my character and I didn’t do it.”

As officers escorted Chalmers off the plane, they said he told the captain of the plane that he would sue Delta Airlines “for defamation of character for their treatment of him,” according to the police report.

This article posted the arrest report which included that the Blood alcohol level:175

Chalmers released a statement on Tuesday, apologizing for what happened:

“I want to sincerely apologize for my actions on this overnight flight. I took an Ambien for the first time to sleep well on my flight and had a terrible reaction. I am so sorry for how this effected (sic) everyone on this flight and especially one lady passenger in particular. I have reached out and apologized to her as well. I want to please ask everyone for their forgiveness in this. I never intended or wanted for this to happen.”

Chalmers said he would release a statement clarifying what happened on his website soon.

Chalmers identity was published Monday night by The North Carolina Beat, which received a redacted police report from the Wayne Metro Airport Police Department after submitting a FOIA request.

As reported earlier by The Roys Report, federal and state authorities have withheld the identity of the pastor who allegedly urinated on a passenger, since issuing him a citation for a misdemeanor on October 13.

Catch the Fire accepted the resignation of Chalmers on 10.28.

Posted by Catch The Fire Raleigh-Durham on Wednesday, October 28, 2020

Ambien and Alcohol: a warning.

Here is a chart to help understand blood alcohol levels and the possible physiological effects.

And here are the increased dangers of mixing Ambien and alcohol.

Not good, not good at all.

Update: A reader got this off of Chalmers’ wife’s Facebook before it was removed today.

It gives insight into his problems. 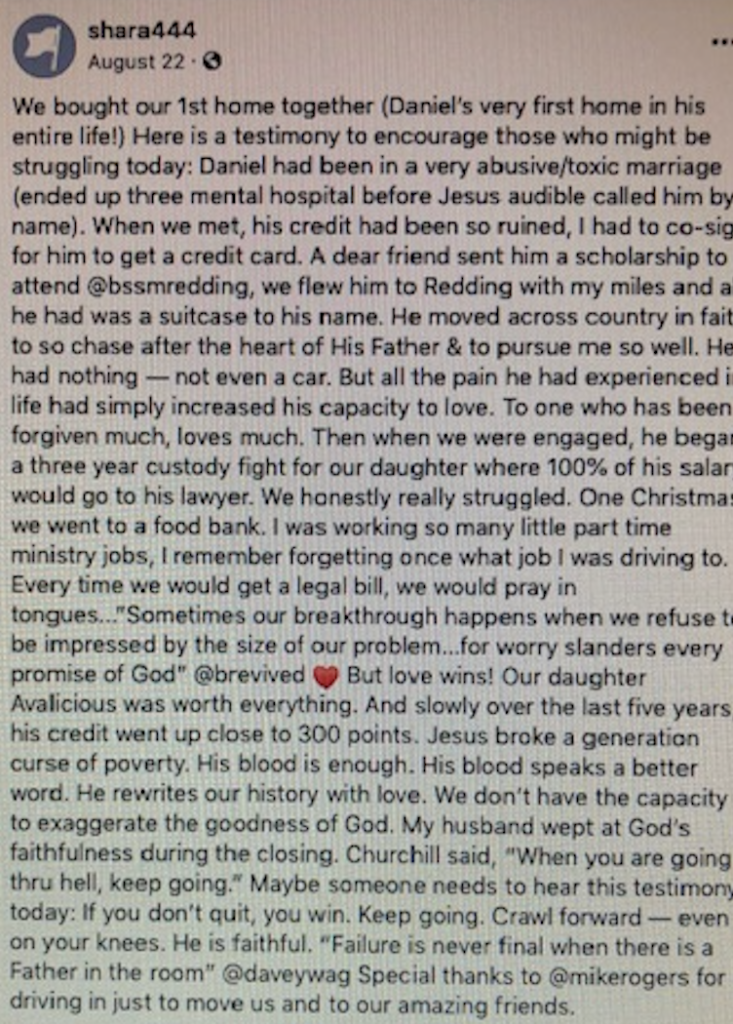