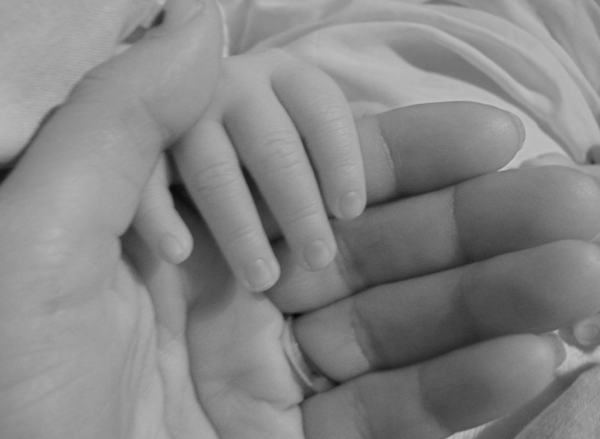 “I accepted what the Sisters taught in religion class: that God is loving, merciful, charitable, forgiving. That message didn’t jibe with adults smacking kids.”― Sonia Sotomayor, My Beloved World

I am really mad. The Gospel Coalition posted How the Rod Can Point Children to God by Tilly Dillehay. It appears the dudebros in the Reformed circles love to recycle garbage. Tilly appears to be a fan of *the rod.* She emphasizes passages from Proverbs to bolster her position.

Folly is bound up in the heart of a child,” Proverbs 22:15 observes, “but the rod of discipline drives it far from him.”

“Do not withhold discipline from a child,” Proverbs 23:13 insists—continuing with words that may shock us—“if you strike him with a rod, he will not die.”

She proceeds to state that the Bible insists we use the rod because it is the wise thing to do.

But what I want to argue for here is a simple and fairly uncontroversial statement: the Proverbs commend the use of the rod. They assume that the principle of the rod is an essential part of loving our kids.

In fact, Tilly, who is a literalist, goes further. She believes that it is impossible to come to any conclusion other than the Biblical command to use the rod to beat a child.

Some may disagree with the idea that Proverbs can be read prescriptively (“It’s not a command; it’s wisdom literature!”). I could grant them that approach. But I’d still be left asking: so do we want to be wise, or don’t we? Did the biblical writers think this was a good idea, or not? Can we read these passages and come up with any other compelling reason why such strong endorsement of corporal discipline is found in the Bible?

Except, there are exceptions. She admits that there are circumstances in which beating a child with a rod might be detrimental. This might include adopted children who were abused or a child with special needs. But, (and I can see her shaking her finger at you) you must find a way to be able to use the *rod* as much as possible and one must not look for an out. Get it straight…you must beat your child with *a rod.*

Finding out how to communicate that authority without the physical rod will require great wisdom. It’s another reason why we need to be willing to humbly ask for input from experienced parents who’ve walked a similar road. And for the parents whose children don’t fit into these narrow exceptional cases, exceptions shouldn’t be used as an excuse to ignore Scripture’s call.

Tilly goes on and on about out-of-control children and teens. She mentions one boy who said to his parent, “Shut up and drive.” She then came to the conclusion that the only way to prevent such absurd behavior is to use the rod because the Bible obviously says so.

What is Tilly’s experience with raising kids?

I hesitate to post a picture of the author with her children so this is a link to where she does this on her own blog. Look carefully. Just how old are her children? All three children are essentially a baby, a toddler, and a preschooler. Tilly does not appear to have any experience in raising older children. So, her experience is sorely lacking.

All three of my children are now adults. Tilly doesn’t recognize that the spanking controversy has been around for decades. In my own case, I followed James Dobson’s advice and spanked my oldest child at least two times when she was a toddler. I found myself uncomfortable. Was there another way to get my point across? I came to the conclusion that I was way smarter than my children and I could find other ways to get my point across. I can assure everyone that none of my kids ever told me to *shut up and drive.*

Tilly takes the passages in the Bible and assumes that it means that one must whop a kid with a rod to truly punish him so he will never say *Shut up and drive.*

Tilly obviously has no trouble with someone who recommends using the rod to punish a baby.

She got downright excited that Ted Tripp has a *full chapter on the use of the rod.*

And Tedd Tripp has a full chapter on the rod in Shepherding a Child’s Heart.

Yep, he sure does. So I must assume that she believes in using the rod on an eight-month-old baby!

The Seattle Times posted Spanking advocate sparks controversy in the Seattle area. It seems like Mark Driscoll invited Tripp to come and speak at Mars Hill in 2008. Driscoll liked him! That should cause red flags to be waving madly.

But Brayden does object to Tripp’s view of spanking as a way to create submission in kids, his recommendation that the parent remove the child’s drawers so the spanking is “not lost in the padding of his pants,” according to the book, and his suggestion that it’s OK to spank very young children.

“Rebellion can be something as simple as a small child struggling against a diaper change or stiffening his body when you want him to sit on your lap,” he writes, relaying an anecdote about how his 8-month-old son was old enough to be disciplined.

What do the experts say about spanking?

In a new policy statement issued earlier this month, the group warns that “Aversive disciplinary strategies, including all forms of corporal punishment and yelling at or shaming children, are minimally effective in the short-term and not effective in the long-term. With new evidence, researchers link corporal punishment to an increased risk of negative behavioral, cognitive, psychosocial, and emotional outcomes for children.”

An analysis of a 2016 national survey conducted by yougov.com revealed that respondents with young children in the home, regardless of race and ethnicity, did not support corporal punishment, “suggesting the possibility that a generational shift in social norms [about corporal punishment] may be taking place.”

…”We know that the brain does not grow and develop as well once there has been physical punishment to the point where it can cause learning problems, problems with vocabulary and memory, as well as aggressive behavior,” Shu said.

…Though physical discipline has been part of American culture for generations, Shu said the research is clear — it is time for change.

Pediatricians can offer parents guidance on effective discipline strategies such as positive reinforcement and direct them to sources of positive parenting tips, including the AAP healthychildren.org website.

Spanking may stop a child’s bad behavior in the short term, Dr. Brown said. However, pediatricians can talk with parents about how physical punishment can cause long-term problems and offer alternative approaches to discipline that go beyond the ub

I have long believed that the training that is offered by the ACBC  is embarrassingly sup-par. I wrote Biblical Counseling Training: Inadequate Education, Problematic Resources and Questionably Educated Leaders Here is what I wrote about Tripp.

Ted Tripp and Shepherding a Child’s Heart by spanking babies.

I was quite surprised that this book is being recommended as a resource book for biblical counselors in training. Tripp is an advocate of spanking babies as young as 8 months old,

“Rebellion can be something as simple as a small child struggling against a diaper change or stiffening his body when you want him to sit on your lap,” he writes, relaying an anecdote about how his 8-month-old son was old enough to be disciplined.

A particularly thoughtful critique of this book can be found at ONE MOM’S LOOK AT TEDD TRIPP’S BOOK: SHEPHERDING A CHILD’S HEART

For brevity, I focus here on my disagreements with Shepherding a Child’s Heart—its application of some Scriptures and its overall emphasis.
My main concerns are these:
1. The book’s focus on requiring obedience as the primary component of the parent/child relationship and emphasis on parental authority as the right to require obedience.
2. Tripp’s teaching that spanking is the means the parent must use in order to bring a child back into “the circle of blessing.”
3. Tripp’s interpretation that the “rod” in Proverbs equals spanking, that spanking is even for young children, that spanking is the God-ordained means of discipline (which parents must obey) and that use of the rod saves a child’s soul from death.
4. His portrayal of any other style or method of parenting in a derogatory manner and training parents’ consciences that failure to discipline as his book teaches is disobedience to God.

I cannot believe that the evangelical Christian world continues to debate this issue. When I was raising my children, I was often flummoxed by those young parents who had the answer on how to raise a child. Many of them were young women who heard a sermon, went to a *women’s day event,*  or were involved in small groups of people who believed exactly like them. As time went on, I noticed that the kids who were spanked were no less screwed up than those who were not.

I believe that *the rod* is God’s metaphor for disciplining our children. Our kids are not sheep who need to get whacked on the butt by the shepherd’s rod so they will get back into the corral. I don’t think children should be treated like animals. They are different and we adults can be far more clever in our discipline. But it takes time to act like an adult and it’s sure easier to whack them.

In the end, I get the odd feeling this might have something to do with playing the authority and discipline game ala 9 Marx except, in this instance, the authoritarian adults get to whack those disobedient babies and kids with impunity. They won’t be calling TWW to write their stories for another 20 years or so.