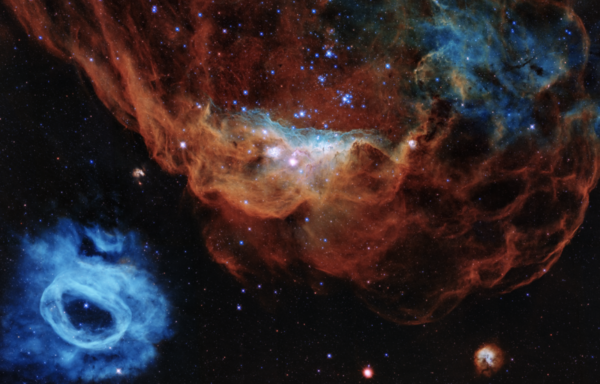 “The Church is a house with a hundred gates; and no two men enter at exactly the same angle.: GK Chesterton

This is a long post. I don’t want Mark Galli claiming that I’m violating the Commandments in this post. 🙄

Last year, Wade Burleson and I wrote about James MacDonald gifting Ed Stetzer his vintage Volkswagon.  Ed Stetzer Confirms That James MacDonald Gave Him a Car and Pastor Mohan Zachariah Confirms MacDonald Gave Him a Motorcycle, Both Paid for With Church Money (mine) and Boys and Their Toys: Understanding the Southern Baptist Convention’s Celebrity Leadership Politics (Wade) I took a chance on a tip that ended up paying out. This tip would lead to the exposure of the many expensive gifts that MacDonald gifted friends on the church dime.

To make matters worse, Ed Stetzer allowed James MacDonald to write an Op-Ed in Christianity Today on why he should sue the bloggers of the Elephant Debt and Julie Roys (who, at the time, hadn’t written anything but MacDonald *knew* she was going to do so.) Whadda guy!!!

On both of our posts, Galli wrote a comment that we were in *violation of the Commandments.* I assume he meant *bearing false witness* but since he didn’t clarify, who knows? But it would appear that Galli did not believe that it was against the commandments or journalistic ethics for Edf Stetzer, the editorial head of CT blogs, to let his BFF, MacDonald, write such a post when he would not let the other side respond. Wade was having none of it. Wade Burleson and Mark Galli Disagree About James MacDonald’s Abusive Op-Ed Post and the Harvest Bible Chapel Lawsuit Website Goes Live

Galli contacted me privately and said he would like to speak to me *off the record.*  I refused. If he had a good reason for letting such a sham op-ed occur, he could tell me and I would tell you. Shortly after this, Galli wrote a CT editorial that went viral.Trump Should Be Removed from Office I was frustrated that politics now invaded Christianity Today but, if the editorial abord was ok with it, so be it.

At that point, I knew something was up. He insulted Wade and me for pointing out the obvious in the Stetzer situation (Stetzer did pay back the church, BTW. I still don’t think he should have taken it in the first place.) and did not seem to care if a number of evangelicals disagreed with him. That would be dangerous for anyone seeking long term longevity in his position. He suddenly resigned, claiming he was retiring. But, I knew something was about to unfold. It was all too apparent.

As one who has left standard evangelicalism by becoming a Lutheran, I have some empathy for his path. I had heard he was a Presbyterian  (even trained as a pastor) who became an Episcopal and then an Anglican when I had one some research after my Stetzer/Galli dustup. Several sources claim he even had a fling with the Orthodox church but no one reported which branch. Tp me, Galli appears to be wandering in the post-evangelical wilderness. (Thank you, Internet Monk)  He claims that he has now come home. I’ll wait and see if that is the case.

His good buddy, Stetzer, whom he defended to the hilt over the VW incident wrote for CT (even though he doesn’t really work there according to Galli 😇) Evangelicals Becoming Catholics: Former CT Editor Mark Galli Subtitled: “Why do evangelicals convert to Catholicism and how should we respond?

After 20 years in the Anglican Church, he believes moving to Catholicism is not a rejection of evangelicalism but taking his “Anglicanism deeper and thicker.”

Galli will be confirmed in the RCC this coming Sunday. I wish I could watch the service. I find myself in agreement with Galli regarding the Book of Common Prayer which I often use to post prayers for EChurch@Wartburg.

I have to admit that I am in agreement with Francis Beckwith who said in Shimron’s article:

In this article, it appears that the author is attempting to tie Galli’s pending conversion to his endorsement for impeaching Donald Trump. I have a hard time buying this since I know Catholics who are pro-Trump and anti-Trump.

Dr. Warner interviewed Galli for this article. Word On Fire Institue is a Catholic organization which you can read about here.

Galli appears to fudge the answer to this question.

Are there any aspects of Catholic teaching, or the Catholic Church in general, that still give you pause or make you uncomfortable? If so, how do you view these in light of your coming into full communion with the Church?

…. There’s a learning curve as I try to understand the depth, breadth, and beauty of all that Catholicism teaches

He seems to play with the word conservatism in this statement.

But just when the Church seemed more set in her ways than ever—the epitome of conservatism in the modern world—along comes Pope John XXIII and the Second Vatican Council.

Of course, he’s going to write a book about the process. This one might be worth the read. Many aren’t.

This is a reboot of Yonat Shimron’s piece in RNS. Roys offered a differing perspective to Galli’s Trump dustup.

It went viral, earning a rebuke from Trump on Twitter, and bringing Galli — who retired from the magazine in January — a tsunami of publicity. Some of his fellow evangelicals praised the editorial as courageous, given their movement’s overwhelming support for the president.

Trump’s evangelical supporters labeled it misguided and out of touch. (The Roys Report criticized it because Galli applied a double-standard: lambasting Trump for his moral failings, yet protecting and promoting key evangelical leaders guilty of equally egregious sins.)

The problem of predatory priests appeared to be glossed over.

Galli conceded that some Catholic doctrines still sit uncomfortably with him.

Then there’s the ongoing clergy sexual abuse scandal. Galli made his decision to join the Catholic Church the very week a Pennsylvania grand jury issued a report showing at least 1,000 cases of abuse by 300 predator priests spanning seven decades.

“The church is deeply in need of reform,” he conceded. “I’m not joining this holy institution that has it all right. I want to be one with these Christians who I think represent the true church in some sense.”

Galli wrote several pieces on abuse in the evangelical world during his time at CT. Here is one. We Need an Independent Investigation of Sovereign Grace Ministries. I have a feeling he might deal with this issue after he gets settled in the practice of his newfound faith practice. I wonder how it will be received by the Vatican. The Catholic church has been particularly stubborn in its response to the widespread serious sexual abuse of children in the RCC. Some believe that it goes as high as the Vatican. Little progress since Vatican’s sexual abuse summit, say activist Wait…doesn’t that sound like my opinion on the useless nature of the SBC/Caring Well/Credentialing attempt?

While comparing evangelicals to Catholics on abuse response, “I think we are worse,” he said at the Religion Newswriters Association conference, saying too many evangelicals had “sacrificed the souls” of young victims.

“Protestants can be very arrogant when pointing to Catholics,” said Tchividjian, a grandson of evangelist Billy Graham and executive director of Godly Response to Abuse in the Christian Environment (GRACE), which has investigated sex abuse allegations.

Earlier this summer, GRACE spearheaded an online petition decrying the “silence” and “inattention” of evangelical leaders to sexual abuse in their churches.

I believe that Catholics are Christians

I have issues regarding Purgatory. It is my understanding that the believer stays in purgatory until his/her sins are paid for. But didn’t Jesus already take acre of that? If Purgatory is indeed real, I have a feeling I would be spending some significant time there.

When the Pope speaks ex-cathedra, doesn’t it usually mean that it is a perfect pronouncement which means it is true?  Didn’t Pope Pius XII assert that the assumption of Mary was true Catholic teaching? How does he know? I struggle with the Catholic understanding of how the Bible and tradition stand on equal footing.

In 1950, Pope Pius XII declared the Assumption of Mary official dogma of the Roman Catholic Church. The Catholic Church teaches that the Virgin Mary “having completed the course of her earthly life, was assumed body and soul into heavenly glory.”

Galli asserts that radical grace is taught in the Catholic tradition and that it is even more radical than what some Lutherans teach on the matter. I would like to learn more about this assertion. I guess I’ll have to wait for the book.

I discovered that Roman Catholics believe in a grace that is even more radical than the radical Lutherans profess.

Has Galli actually settled in the Catholic church?

Several of the articles said that Galli’s wife remains an Anglican. I wonder if this will impact his faith walk? Galli has wandered in and out of the panoply of evangelicalism as have many of us. I have found a home in my Lutheran church after spending the most time in nondenominational churches and a few years in a Reformed Baptist church which was a miserable experience. I get how comforting it is that the theology is settled and that the pastors are not dreaming up things like *the lack of flowers means there are demons present.*

I love the liturgy, the confession, the communion, the reading of Scripture, and a great sermon that lasts about 15 minutes. We get in and out in 1 hour. However, the Reformation is a big deal and Galli is, in essence, leaving that behind. I don’t believe I could do that.

I am a bit suspect that Galli might one day move along from this current iteration of his faith. But maybe I’m wrong. I only wish him well.

A final observation: Galli is right about the mess in evangelicalism and I predict that many people will move to the liturgical based churches.

Yet while a growing number of young adults are leaving the church, there are other trends as well. Many young believers, from different backgrounds and traditions, are staying in the church while embracing a liturgical expression of the faith. And while it is most noticeable among young adults, this trend is true of people of various ages and backgrounds as well, believers who are seeking to recover ancient practices of the Christian faith.

Read that article. It’s worth the time. In two days, I will meet with some students who will undergo a two-year confirmation course. I love to tell them what a great gift their parents are giving them. In two years, they will take communion for the first time. As I watch them do so, I know they fully understand what they are doing. I wish that my own kids had such a well thought out course. If your church is liturgically based, watch what happens over the next few years. Just like me, others are fleeing the same old, same old to a better same old, very old.

PS: Mark, the Catholic church is full of wonderful music from Gregorian chant to modern. You seem to be glad that it is missing from your 25 minute service. For example, Matt Maher is a great Catholic artist who has performed for the Pope.  I also play lots of music by the St Louis Jesuits. Don’t miss how God’s beauty is expressed in music. I leave you with two songs. One by Maher and one by the Jesuits,