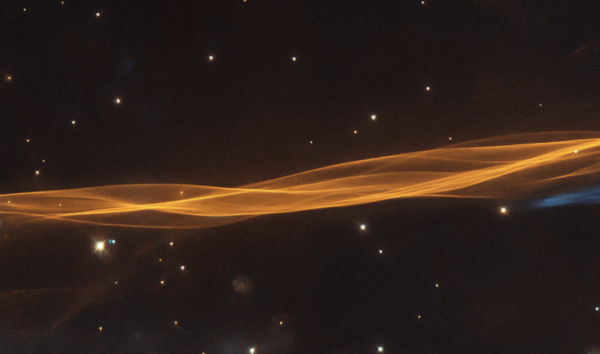 “This Hubble Space Telescope image depicts a small section of the Cygnus supernova blast wave, the result of the “death” of a star 20 times more massive than our Sun 10,000 to 20,000 years ago. Light from this supernova takes around 2,400 years to reach Earth.”

Man is the only predator who hunts his own.” ― Kenneth Eade, Unwanted

When I first started this blog, I never imagined what I would be encountering. I thought I would find a few pastors who molested or covered up molestation in the church. I quickly learned that the work I had chosen would be far more than I, or many others, could have imagined. I was startled at the number of church leaders and pastors were involved in sex abuse. At first, I thought many of these incidents would be tawdry affairs. Yes, there were many of those. But there was much, much more. I became shocked at my ignorance.

For example, I could have never imagined that a Christian college president would be accused of watching his wife have sex with a pool boy. Yet I wrote a post documenting what appears to be a credible accusation that this unimaginable act occurred. That one took my breath away. Little did I know that I might need to get a supply of oxygen for this next credible accusation. It appears that I am living a most boring life compared to that of the Falwells.

Politico posted: She was the aggressor’: Former Liberty student alleges sexual encounter with Becki Falwell It was subtitled: A former student at the evangelical university opens up about a 2008 incident with the wife of the school’s president. (Take a deep breath, Dee, and soldier on.)

A former Liberty University student says Becki Falwell, the wife of the university’s then-President Jerry Falwell Jr., jumped into bed with him and performed oral sex on him while he stayed over at the Falwell home after a band practice with her eldest son in 2008.

The student was 22 at the time of the encounter, near the start of Liberty’s fall semester. He said she initiated the act, and he went along with it. But despite his rejection of further advances, he said, Falwell continued pursuing him, offering him gifts and engaging in banter through Facebook messages.

The student claimed she was the aggressor and provided Politico with emails and texts that she had allegedly written. Go to Politico to see a number of these. In one of them she said:

Becki Falwell wrote in a message sent in September 2008. “You don’t want to cover up those killer eyes of yours and you know the bandana drives me wild … 🙂”

The student later allegedly told her that he didn’t want a romantic relationship with her. Becki replied:

“Maybe time will heal whatever wounds that I have caused and your Christian heart will allow you to forgive me.”

A fellow bandmate, also unnamed, said the former student described the encounter to him within a month of its occurrence. The bandmate also said Becki Falwell would flirt with the student during band practices while her son was present.

Becki was apparently an employee of the school which meant she violated LU school policies. However, it has become apparent to me that the Falwells had their own set of policies. The Falwells respond to these allegations:

Becki and Jerry Falwell Jr. said in a statement to Politico: “It is unfortunate that the coverage of our departure has turned into a frenzy of false and fantastic claims about us. These false and mean spirited lies have hurt us and our family greatly and we will respond fully with the truth at an appropriate time.”

In a statement to Politico, Liberty University vice president Scott Lamb stressed the school’s “policies against employees having sexual relationships with students, as well as having other inappropriate relationships outside of marriage, whether consensual or not. Becki Falwell was an employee in 2008 and such policies would have fully applied to her as spouse of the then-university Chancellor and President.

The student claims he still suffers from depression. If he is reading this, please know that I am so sorry about what happened to you. It is not your fault and you are brave for coming forward.

he suffers guilt and depression as a result of the encounter, which made him question his faith, and previously did not want to make his account public so as not to cause the Falwells and Liberty harm.

Salon chimed in with an article looking at patriarchal objectification.

How the religious right’s purity culture enables predatory behavior: It was subtitled: Underneath the salacious headlines about Falwell’s scandals is a system of patriarchal objectification. Ashlie Stevens, the author, grew up in the SBC and was exposed to the purity culture. Recently, I spoke with one person who has left her SBC church due to the prevalent patriarchal milieu. According to Stevens. She is referencing the behavior of a number of stars who embraced the purity culture but walked away.

It’s perhaps one of the clearest illustrations of how the purity culture that is bolstered by and ingrained in contemporary evangelical circles enables predatory sexual behavior, often without consequences.

I grew up attending Southern Baptist churches during the mid-2000s, when purity had become a pop culture buzzword after the Jonas Brothers donned rings to symbolize their commitment to abstinence before marriage. Miley Cyrus, Jordin Sparks, Selena Gomez, and Demi Lovato all followed suit, adding a little glimmer to their sugar-coated public personas.

Eventually, most of the stars quietly took off their rings as they began the process of aging out of their totally wholesome images (Sparks, however, publicly recommitted to abstinence before marriage after breaking up with pop star boyfriend Jason Derulo). But in my evangelical church, purity wasn’t something you could simply shed.

This next statement is worth reading carefully. Think about a woman you may know who has been assaulted as you read this.

There were many more — an alabaster bottle that was shattered after being roughly handled, roses with the petals torn off, a stick of gum that becomes undesirable after a single use, a bicycle that had been stolen and damaged rendering it “less fun” for the rightful owner to ride  — but the message was always the same: as a woman, before sex, you were pristine, but afterwards you were essentially worthless.

But I have listened to and cried with Christian women who didn’t even know how to proceed after they were assaulted. They were swallowed by feelings of grief and guilt, but also consumed by that lingering fear that they had been left in a state that was eternally unlovable. After all, we were taught that we were the sticks of chewing gum; it didn’t matter who chewed it, we were worthless after that first bite.

When such damaging patriarchal objectification is so deeply ingrained in the teachings of the evangelical church, it makes sense that Jerry Falwell Jr. wouldn’t see an issue with spreading a compromising image of one of the students at the university where he teaches. It makes sense that he would vocally support a president who has been accused of rape, sexual harassment and brags about his ability to grab women by the pussy.

She discusses how Falwell attempted to throw his wife under the bus. However, it now appears Falwell has his own baggage.

positioned his wife as the sinner caught up in an affair that was tearing the family apart, while he attempted to reconcile the situation.

So, are the Falwells predators?

I believe it is highly likely to be so. That means there may be others who have yet to come forward. How many students and employees have been sexually propositioned? For those who are reading this post who are in the category of being molested having been molested, sexually harassed, or objectified, I am so sorry for the pain you have endured. I believe that you have the right to ask for compensation if you have obtained or wish to find supportive counseling and intervention. If I can be of assistance in helping you to find that help, please contact me

In the meantime, what should Liberty Univesity do?

Liberty University announces that there will be an investigation into Falwell’s tenure.

In a statement, the board said it had retained an outside firm to investigate “all facets” of the school’s operations under Falwell, and that it was “committed to learning the consequences that have flowed from a lack of spiritual stewardship by our former president.”

Liberty University’s Board of Trustees has hired one of the world’s leading forensic firms to conduct the “thorough” investigation, according to a Monday statement.
The investigation will delve into “financial, real estate and legal matters,” the school explains.

Forbes stated that LU defended its action in allowing Falwell to resign.

The university defended not asking for a resignation from Falwell, who has sparked controversy since taking over as president in 2007, before last week.
“Some may say that all the signs were there for a long time … It’s certainly fair to say that there were questionable comments made, worrying behavior and inappropriate social media posts” said Liberty, continuing: “but all the signs were not there until the start of last week.”

The scope of an investigation into Falwells’ tenure, along with the actions of his wife, Becki, appears to be breathtaking. I have yet to discuss the concerning financial actions on the part of the Falwells. It would take a few weeks of posts to unravel those alleged problems.

It is vital that LU hire a third-party, independent group to conduct this investigation. It should have investigators who can handle the sexual abuse allegations as well as financial concerns. If they make the mistake of hiring a group that has cozy ties to LU, Falwell, etc. it will be a disaster.

I also predict the onslaught of lawsuits in these matters. In my opinion, the board didn’t do their job. Just like many pastors pick *yes men* to serve as elders, I am concerned that the board may be made up of yes men.

I, along with many others, are shocked that Christian leaders could be involved in what has been alleged. Could this be the first alleged husband and wife predatory team at the helm of a major Christian University?

Here is the statement that makes me suspicious. The Falwells claim (quoted above):

“we will respond fully with the truth at an appropriate time.”

One can always respond with the truth immediately. What’s their problem? I seem to remember a similar statement when Bill O’Reilly was dismissed from Fox News after allegations of sexual misconduct. I remember him saying that he would prove he is innocent. He has a lot of money and years have passed with no proof offered. I predict the same will happen with the Falwells. They will take their money and crawl into a luxurious hole. I bet we will hear nothing about the so-called  *truth.*