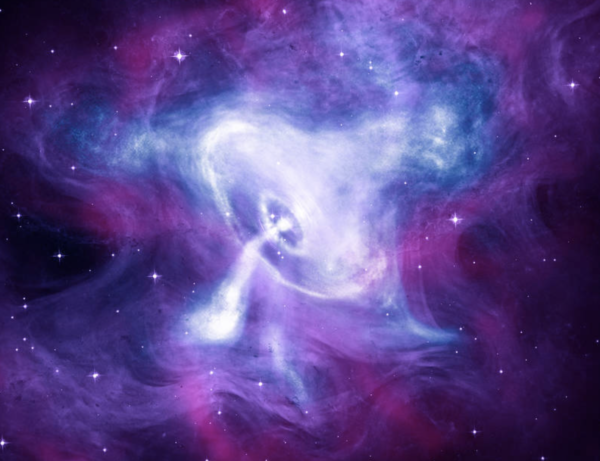 “Well you, young man, need to learn about what is much more important than cool. And that is: what is beautiful.” ― John Butler

Recently, Brett McCracken, Senior Editor of The Gospel Coalition (TGC), wrote a post that startled me: Cool Christianity Is (Still) a Bad Idea I have been following TGC since I started blogging in 2009. Let’s take a look at some quotes from the article.

I agree with much of what McCracken says. I am one of those who left the megachurch movement to become Lutheran, a move that has been the smartest church move my husband and I have made in years. Prior to that, I left my Reformed Baptist church, visited another mega Reformed Baptist church, and watched an intellectually stimulating non-denominational church become a Reformed church in which the newbie pastor preached the value of Mark Driscoll, John Piper, and CJ Mahaney. he was a big The Gospel Coalition fan along with the typical and necessary references to Tim Challies and Kevin DeYoung. They also paid a correctly submissive attitude to JD Greear’s Summit Church because one cannot be a *cool* Reformed church without such homage.

Unlike those he speaks of in his post, I am well aware of church history (I devised a way to teach the history in the church to adult Sunday school classes) and have devoted myself to documenting the trends in churches since the beginning of the third millennium. At one point, a college professor contacted me to let me know he used some information about the development of the church during the last 20 years and he included it in his history book. Please note. I am not doing anything special. I’m just documenting what everybody sees out there.

My Response: TGC needs to look in the mirror. They are the epitome of cool Christianity.

The Gospel Coalition started in 2005. In 2006, Collin Hansen wrote: Young, Restless, Reformed: Calvinism is making a comeback—and shaking up the church. TGC totally bought into this movement and it supported was *the thing* to do. Let’s take a look at those TGC pushed.

Mahaney was a previous TGC Council member. It was his influence within this crowd that brought Reformed thinking together with charismatic theology. He used to have a prophecy microphone in his meetings. I started documenting the excesses in Mahaney’s church when I first started blogging. Then, quite quickly, came the horrific accusations of the coverup of many sex-abuse accusations which was well documented in The Sex-Abuse Scandal That Devastated a Suburban Megachurch.

He came out of the shepherding movement in the 70s which had become known for all kinds of abuse. For example, he developed a bizarre response to those asking tough questions, telling them that they were sinfully craving answers.

Mahaney was loved by Mark Dever, Al Mohler, Ligon Duncan…the list goes on and on. Does anyone remember the numbers of young men shaving their heads to look like Mahaney? As I raised a red flag, I was accused of slander by none other than TGC editor, Joe Carter. Mahaney was pushed at all the right conferences. Young, restless, and Reformed men rushed to get him to autograph his books like the laughable Humility, True Greatness. If this book is recommended by your church, you have some church leaders who don’t know what’s been going on.

TGC: You created the hype behind Mahanehy and you’ve got bird doo on your heads.

Harris was a member of the TGC council. How many of the dudebros bought into I Kissed Dating Good-bye which would lead to much pain? If you have the time, go to the TGC website and Google all of these names. For example, search Josh Harris and The Gospel Coalition. I think you will be surprised.

There were a number of posts praising Harris. Mahaney was Harris’s mentor so his weirdness intertwined with Harris. Of course, Harris eventually quit the Council over the mess with Mahaney. He has gone onto a new life and a new identity. Yet, there are many who continue to push his previous nonsense. They are still recommending his books at TGC since they are listed under *resources.*

TGC dudebros pushed every aspect of Mark Driscoll. They all wanted to dress like him, talk like him, and act like him. Can you imagine? When I first spoke out against the excesses of Driscoll, the blowback was terrific. His sweet followers sent me emails calling me a *radical lesbo* amongst other choice language.  I sincerely believe that today’s in your face authoritarianism is residual garbage from the Driscoll days. Recently, I went back to see how many Driscoll posts were still on TGC’s site. The website has been scrubbed. Guess they were a bit embarrassed by their close association with him. For crying out loud, even John Piper endorsed him, saying he looooooooved Driscoll’s’ theology. In the Calvinista world, if you run around saying things like Institutes, Synod of Dordt, TULIP, elect, etc. Piper will loooooove your theology.

I wrote this post 3 years ago. When Will TGC and Friends Admit That Mark Driscoll Taught Tacky Theology? They haven’t. Being a YRR Calvinist means never having to explain anything.

Janet Mefferd exposed plagiarism on the part of Mark Driscoll. I have heard from several sources that a certain Reformed/Calvinist seminary leader intervened and Mefferd was told to apologize although she was correct. There may have been threats of a job loss in there but maybe I’m *misremembering.*

How about the time he called Queen Esther a slut because his daughter said so? What about the Song of Solomon fiasco in which he sermon was scrubbed from a website in Scotland? I believe the glorification of Driscoll has led today to dudebros who still want to be like him. The man as a king culture had its big start at Mars Hill and may women were hurt. Do you remember the time he threw a hissy when his wife cut her hair because it had become difficult to manage while caring for all of their kids? He demanded she grow it right back and discussed her sin in front of the whole church. It’s still long today. Oh yeah, there was the thing about the sex demons...

Google The Gospel Coalition and Duck Dynasty. Do you have any idea how many articles they posted spouting the theology of the bearded ones? Do you know how many of the dudebros, hoping to be *popular*,  grew beards like the DD boys? The dudebros were either deliberately bald or hugely bearded.

TGC Resources: Does this represent what they really care about?

I expect that the dudebros will try to say they’ve gotten rid Mahaney, etc.  Go to the Resource Section and look at how many things they still recommend by Mahaney…  Mark Driscoll…Tullian Tchvidjian…There are  5 articles on Duck Dynasty …   only 7 articles on sex abuse in the church, … 72 articles on gender…This may explain why things are rather quiet on the sex abuse front.

The appearance of the dudebros

In the post, McCracken said this about the *cool pastors.*

It was the moment when plaid, skinny jeans, beards, and tattoos became the pastor’s unofficial uniform.

There are many pastors within the Reformed camp who still dress in skinny jeans or jeggings, especially if they are under 50. Well, there is one 50+ Reformed guy who wears jeggings but has a huge potbelly. But, hey, if he feels good, let him be. #jeggingsaren’tcool.

Also, have you seen the expensive sneakers that have become de rigueur? JD Greear was seen porting a $250 pair which is cheap compared to some. Although I must admit I have never spent $250 on a pair of sneakers. ( He says they were given to him which is what lots of these guys say when cornered.) Ed Young Jr. is the king of getting people to give him things like cars and leather pants for his wife. (This was 25 years ago when I was there for a very short period of time.)

“The New York Times wrote Let He Who Is Without Yeezys Cast the First Stone “Should pastors wear $5,000 sneakers? There’s been soul-searching recently over materialism in houses of worship.”

Sneakers appear to be just the newest iteration in how fashion has influenced religious expression.

…“You could think about it this way: They’re making sneakers a liturgical garment,” said Anthea Butler, an associate professor of religious studies at the University of Pennsylvania.

Here is a link to Preachers and Sneakers on Instagram

I have seen Reformed pastors with tattoos. I have seen many pastors who are into bodybuilding. Those are the guys who wear tight tee shirts.They have to show off somehow.

In the end, my point is this. Cool Christianity is alive and well and living within The Gospel Coalition. TGC has fallen into the trap of cool Christianity within its own *cool* parameters. We posted this 4 years ago. Together for the Gospel – Who Is REALLY Being Worshipped?

Here’s how Carl Trueman explains the potential pitfalls of the YRR movement:

“The significance of the leaders of the YRR movement, however, seems less like that of ages past and at times more akin to the broader cultural phenomenon of the modern cult of celebrity, a kind of sanctified Christian equivalent of the secular values that surround us.”

Trueman goes on to name the world’s celebrities: Brad, Angelina, Tom, Barak, etc., and explains that the Christian world has its celebrities, too.  Then he then hints of the idolatry described in 1 Corinthians 1.

Here are quotes from Trueman’s article that I found thought-provoking:

“The supply side economics of the YRR movement is also worrying here, as it can easily foster such idolatry by building up a leader’s importance out of all proportion to his talent.”

“Carrying on from the danger of personality cults, part of me also wonders if the excitement surrounding the movement is generated because people see that Reformed theology has intrinsic truth or because they see that it works, at least along the typical American lines of numbers of bodies on seats (in Britain, we’d say ‘bums on seats’…)”

“Finally, I worry that a movement built on megachurches, megaconferences, and megaleaders does the church a disservice in one very important way that is often missed amid the pizzazz and excitement: it creates the idea that church life is always going to be big, loud, and exhilarating, and thus gives church members and ministerial candidates unrealistic expectations of the normal Christian life.”

Trueman then explains that in the real world many of us worship in churches of 100 people or less, and church for most of us is rather routine and ordinary.  All the hype will inevitably lead to disappointment.

The concluding paragraph of Trueman’s article begins as follows:

“Ultimately, only the long term will show if the YRR movement has genuinely orthodox backbone and stamina, whether it is inextricably and inseparably linked to uniquely talented leaders, and whether ‘Calvinism is cool’ is just one more sales pitch in the religious section of the cultural department store.  If the movement is more marketing than reality, then ten to fifteen years should allow us to tell.  If it is still orthodox by that point, we can be reasonably sure it is genuine.”

Our question about the YRR movement is this:  just who is being glorified – God or man?  We can be so idolatrous.  That’s why God’s first commandment is “You shall have no other gods before me.”  For those of you who are caught up in the YRR movement, it’s just something to think about…

The Gospel Coalition needs to look in the mirror. There they will discover who created the *celebrity cult.*