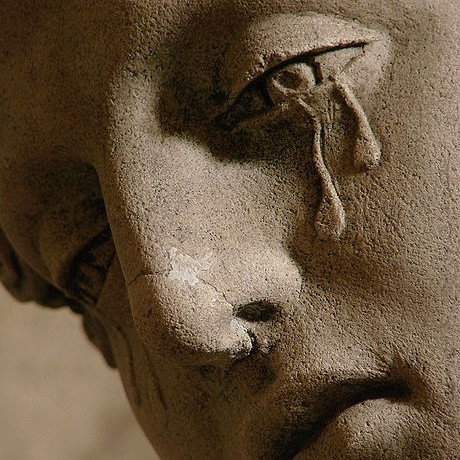 “After researching, reviewing, considering, and contemplating with continued attention; I have concluded that the beast is among us.” ― A.K. Kuykendall

Once again, (May God have mercy, my heart breaks), another sad story of young boys allegedly being molested in a church. As always, I believe the victims and stand with them. I am grateful that Boz Tchividjian is representing the victims. He truly cares about their pain. Christ Covenant Church is in Matthews, NC, a wealthy suburb of Charlotte. These sexual assaults took place in the 1990s, long before Kevin DeYoung arrived at the church. However, he will be left to manage the lawsuit. I will be following his response to the lawsuit. Will he express his concern for the well being of the young boys, now adults? Will the rest of the church members? Or will this be another battle of church members denying something like this could happen?

A major Charlotte church has acknowledged mishandling reports of abuse made in the early 1990s by teenagers who alleged a volunteer youth pastor sexually assaulted them.
The admission by current church leaders comes decades after the abuse was first reported and nearly two years after multiple victims re-approached the church to reconcile what happened to them and were, at first, turned away.
Andy Gathings was one of those people.
Gathings, who spoke publicly about the abuse he suffered for the first time in an interview with WBTV, said he was assaulted by a man named David Wood.

DeYoung addressed the situation at a meeting with the church’s congregation in January.
“In 1997, a few years after the abuse took place, the mother of one of the victims told a Christ Covenant staff member what had happened. This staff member who has not been with our church for many years took the situation seriously and intervened in meaningful ways. He did not, however, report the allegations to criminal authorities. That was a serious mistake. We do not excuse it,” DeYoung told the church’s member, according to a recording of the address obtained by WBTV.
At the end of the speech, DeYoung asked the congregation to not speak with reporters about the information and to direct any other reports of assault by Dave Wood to him. He never mentioned calling police.

Note also these two comments from the report.

Two sides of the mouth:

There are things we could say to mitigate our responsibility, but the fact remains that this happened on our watch and for that we are horrified.

The typical *he wasn’t one of our hires.

If you. go to the post, you will see an interview with a  victim.

In the meantime, any reader who may know of anyone else who was a victim, please contact the phone number at the end of this post. Please feel free to comment on this blog post as well. We are here to support any victims of sexual abuse, especially in churches. 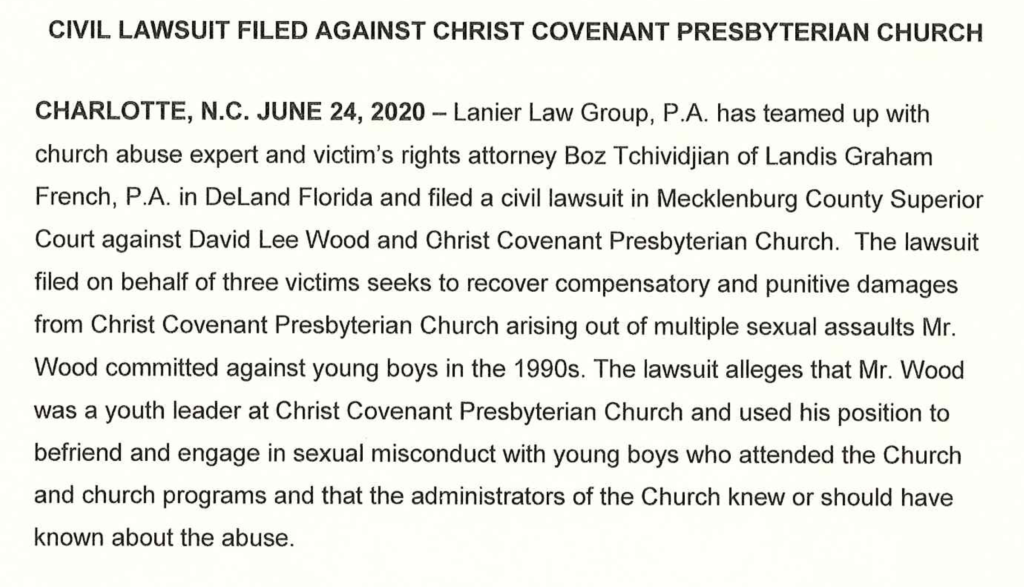