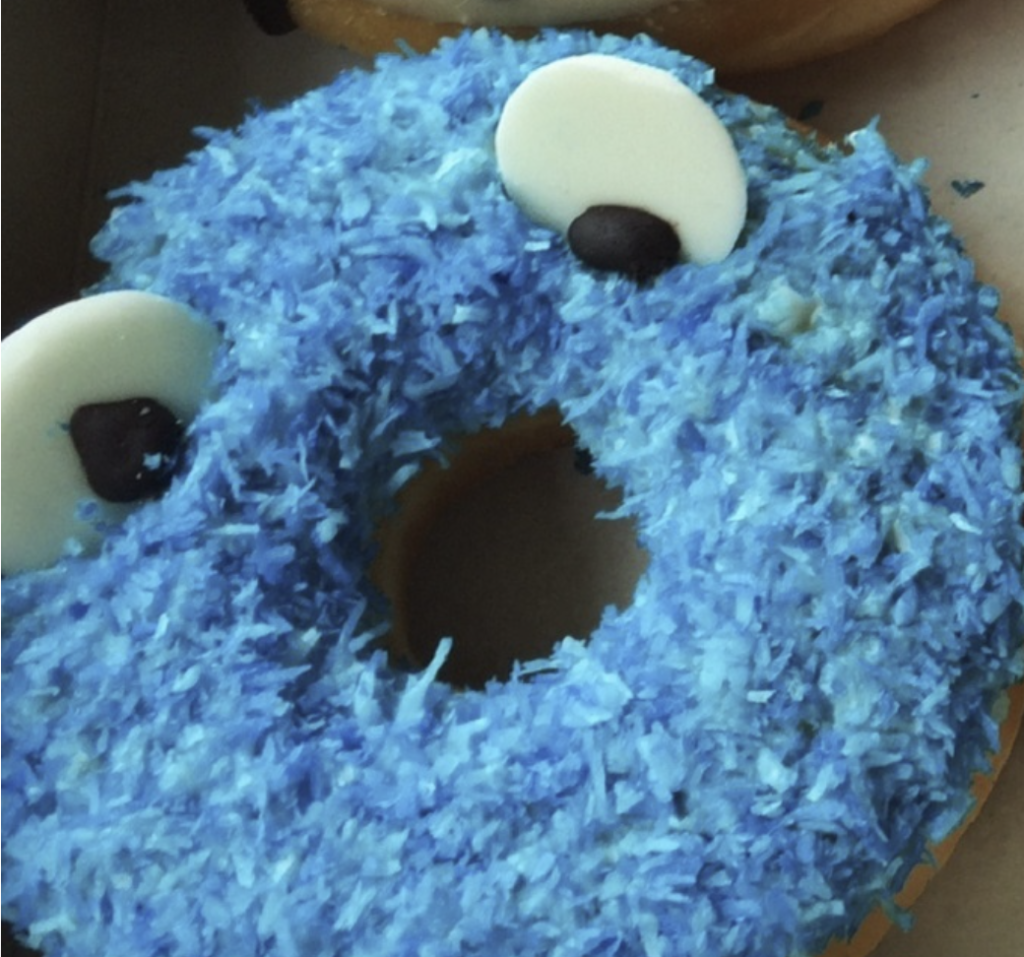 How much more grievous are the consequences of anger than the causes of it. Marcus Aurelius

It is my opinion that things began to change for pastors with the advent of Mark Driscoll and all of the dudebros who worshipped at his feet. Good night! Even John Piper said he loved Driscoll’s theology. Needless to say, Driscoll crashed and burned and Piper continues to say he loved Driscoll’s theology, not his *flaws.* Due to the incredible lack of discernment by the Gospel dudebros, Driscoll spawned a fighter theology, threatening to punch his elders, called Queen Esther a slut, wanting men to act like men which led to fighting clubs, etc. This ugliness invaded popular evangelical faith groups as well as the supposedly theologically adept Calvinists.

Over time, some pastors began to strut like Driscoll. It got worse because this ugliness invaded the broader church at the same time the faithful were mixing up politics with being *Christian.* Christians began to believe that megachurches exemplified *successful Christianity.* They attracted people who didn’t understand the difference between politics and faith. What an exciting time for those folks. Suddenly there was little difference between politics and Christianity. Going to a rally against ___(fill in the blank) was almost the same as going to church.

Strutting loudmouth pastors utilized a combination of political affiliation and controversial stands to garner the attention of people who thought to have their strutting, loudmouth leader featured on the news meant that their church was powerful. Many did not understand that their chosen leader was being viewed as a boorish braggart by the majority of viewers. The words *kindness* and *cooperation* were words stricken from the vocabulary of pastors. Being *in your face* was the new religion and gift of the spirit…

I write a lot about the Calvinistas but today I want to feature Greg Locke, a pastor who seems to equate politics and political grandstanding with being a successful pastor.

Who is Greg Locke? Did he abuse his former wife?

Locke is the pastor of the Global Vision Bible Church. There is virtually nothing about him on the website. Did he have any religious training? He has a YouTube channel which has approximately 30,000 subscribers. According to Christian Post in Pastor Greg Locke Reportedly Separates From Wife, Reveals He Struggles With Depression and Pulpit and Pen, he has over 1 million likes on Facebook which is where he gets the most traffic.

According to Christian Post, he shot to fame in 2016 when he produced this video about Target’s gender-neutral bathrooms. To whom is he accountable?

Locke had an ugly divorce from his wife. Did he ever hit her?

According to Pulpit and Pen and the Christian Post, Locke decided to *put away* his wife because she was mentally ill. Now, *put away* in fundy speak usually means he was going to separate and divorce her which proved to be true. However, according to these sources, Locke had a new girlfriend by the name of Tai who was allegedly his wife’s best friend.

Shortly thereafter, the Christian Post and Pulpit and Pen reported on the marriage between Locke and His administrative assistant, Tai. I predict that Tai will find that she has a tough road ahead of her. You should read the report on the interview conducted by Pulpit and Pen. They obtained texts from Locke to his wife.

Melissa was living in a women’s shelter in Georgia, far away from her church and children.  In an interview given to Pulpit & Pen, Melissa alleged physical abuse at the hands of Greg and revealed pages of vicious text messages her husband had sent to her during their separation.  Despite this, Melissa Locke attempted to salvage her marriage.  She ended divorce proceedings that she had initiated against her troubled husband.  Despite this, Greg Locke published a video claiming that he was a “divorced pastor.”  After this untruth was revealed, Locke filed divorce proceedings himself.

Here is one of the alleged tweets from Locke to his wife. Pulpit and Pen traveled to Georgia to interview Locke’s former wife, Melissa.

Also, did he physically abuse her? Here is a comment Melissa made to Pulpit and Pen. You decide. She is currently staying in a woman’s shelter.

Just because somebody hits you, like two times, does not mean…”

He claims to be depressed and anxious. He seems to have forgotten *angry.*

It appears we are to feel bad for him. Or maybe this is an excuse for his rotten behavior. Who knows?

“When people that love you most ask you ‘what’s wrong’ it ticks you off all the more because explaining the unexplainable feelings that you have, the chaos within you, it’s impossible and it frustrates you. It makes you feel worse than you already are. I know what it’s like to have a full-blown panic attack five minutes before I walk unto the pulpit to preach to thousands of people around the world in a livestream audience especially. And sometimes we think, oh we can’t tell anybody. You better tell somebody,” he explained.

(Quick digression: I am no supporter of Pulpit and Pen. Our theology and our views on being kind vastly differ. However, I believe they did a darn good job here. They cared enough to travel to meet with Locke’s former wife I am impressed in this instance.)

Would you like to know everything that you need to know about Locke? Watch this before I say anything. Here is the full video. The Dunkin Donuts stuff starts at minute marker 12:00.

Picture this. A self-absorbed, self-righteous man of *God*  took umbrage at an employee of Dunkin Donuts. This pastor who claims to know Jesus believed his right to obtain coffee without wearing a mask took precedence over the feelings and the responsibility of the manager of the Dunkin Donuts shop. This pastor who claims to serve Jesus..you know, the Jesus who came as a servant to all, believed his rights were paramount to anyone in the Dunkin Donuts store. He wouldn’t put on a mask out of deference to another who was following the rules of the company. Why couldn’t this man have shown the love of Jesus to that manager?

Look at the ugly expression on his face. This is a pastor? The pastor who called his wife crazy and took up with his wife’s best friend? This is the pastor who acted so angry and crazy that the manager thought he kicked the door? Guess what? I believe the manager. There is nothing about this pastor which is attractive to me. Maybe he should cut down on the coffee and sugar and get a counselor for his rage.

Locke has a long history of anger which started in childhood according to this article by the Tennessean: Target-blasting pastor Greg Locke channels anger in a new way.

“The consistent thing that kept me angry was people who said, ‘You’re gonna be just like your daddy,’ ” he said.

Many classmates were scared of Locke and usually avoided him altogether.”He was looking for things to get mad about,” said classmate Brandy Wyatt.”Everybody knew, keep your distance from him because he’s a loose cannon.

Locke continued to have run-ins with the law, fighting at school, fighting on the bus, fighting everywhere. “He was so defiant,” Locke’s mother said. “I lived in court.”

After five arrests, Locke, then 15, ended up at Good Shepherd Children’s Home in Murfreesboro.

Locke claims he will go to jail before he closes his church. His church has been filmed filled with parishioners sitting adjacently and not wearing masks.

The Friendly Atheist asked a good question about Greg Locke in After Pastor’s Anti-Mask Tirade, Dunkin’ Announces Mask Mandate At All Locations

Anyway, without making any reference to Locke, Dunkin’ has now announced that all guests will need masksstarting later this week.

Did they make the change because of Locke or was it merely a coincidence? We don’t know. (Dunkin’ didn’t respond to an inquiry I made days ago.) But if it took Locke for them to make the change, better late than never.

Locke hasn’t said anything on social media about the mask mandate. I’m guessing that has less to do with the face coverings and everything to do with the possibility that he might get banned from his favorite coffee chain. Who else will sell him multiple giant cups of sugar a day?

Sadly, I believe that we will be hearing more about Greg Locke. One of these days his barely contained anger will get the best of him and it will be reported. Hopefully, he will not hurt others. I am shocked that anyone would want to follow him as a pastor.  No wonder people are leaving the evangelical church in droves. I only wish they could meet some of the loving pastors out there.