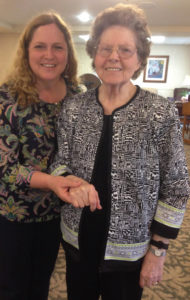 Prior to reading her notes, it would be helpful to review what led up to her meeting with Dr. White. You may read the full story in an article  Dr. Markham wrote on my former blog, “Thou Art The Man.”

Below are some excerpts that have been taken from Dr. Marhkam’s article.

“I have been a licensed/certified School Psychologist since 1982. I have primarily worked in the public schools, but over the years have also worked with Christian schools, parochial schools, homeschoolers, and overseas with MKs. I started teaching adjunct at CU in 2003, when I was working part-time in public schools. I was hired as tenure track full-time faculty in the summer of 2011. I felt comfortable with where the school was heading under Dr. Brown’s administration, and I felt very comfortable with my department (psychology).

…I worked my way through the tenure process with progress noted each time. At each step, two-year, four-year, and six-year tenure reviews, I was given unanimous approval from my department, and then from the university faculty tenure committee at the final review. The next to last step was a required interview by the Academic Vice President (AVP), who had just that year been appointed by Dr. White. Dr. White had promised the faculty some input about this decision, but then went ahead and appointed Loren Reno without input or approval from faculty. The last step would be an interview with the board of trustees, but that only happens if you are approved for tenure by White/AVP.

…After the interview, which was in December, I heard nothing until well into January 2017. The chair of my department called me into his office and shared a letter from Reno stating that I would not be granted tenure. There was no explanation. When I asked for an explanation, my chair shared that he and the chair of the university tenure committee together met with Reno to argue for my case, but he would not be persuaded. My chair also shared that he was forbidden from telling me what was said in that meeting

…I remember feeling so frustrated that this one interview with one man stopped everything, and I had no recourse. I asked my department chair for advice/permission to speak to Dr. White about this, which he encouraged me to do. I had to ask multiple times before White would consent to talk to me. When he did agree, his first suggestion (which came from his secretary) was to meet him at the front of the auditorium after chapel one day. I said that would not work for me and asked to meet him in my office or his. He finally agreed to meet me in his office. He was cold and unresponsive throughout our meeting, which lasted about 15 minutes.”

At this point, I need to mention a disturbing lack of professionalism that several individuals have encountered when dealing with Dr. White or members of his inner sanctum.

Dr. Markham had to make “multiple” requests with Dr. White to get the man to discuss why she was not granted tenure. When White finally consented to meet with her he appears not to realize how vitally important this subject is to Dr. Markham; evidenced by the fact that he had his secretary tell Dr. Markham to meet him at the front of the auditorium after a chapel service. Really, Dr. White?  Several adjectives come to mind to describe Dr. White’s behavior in this matter, but let me just say it is a vivid display of unprofessionalism, haughtiness, and lack of love.  One would never expect this type of behavior from the president of a university and frankly makes me wonder how he was ever selected for the position.

We see similar behavior exhibited by both Mindy May and Jon Wood in their dealings with a former Cedarville student, Kiara, and her parents. You can read/listen to Kiara’s story here on Julie Roys’ podcast.  This from Roys’ podcast:

“Well, we live 1200 miles from the school, and we had driven our daughter out. And we did meet with Title IX first and had a very professional meeting and we had also been in contact with Mindy May. And we were told to go to the field house. So, I’m thinking, Okay, we’ll meet her and we’ll go talk. And we get to the field house where students are registering for classes, and we find her. And she starts talking to us. And my husband was like, you know, this is kind of strange. And we stepped over to the side of the table she was working at and my daughter was visibly upset. And so, my husband said, “Is there someplace private we can talk?” She literally opened the curtain and we stepped behind the curtain in the field house.

… you had a meeting with the school—Jon Wood, who is an administrator there at Cedarville, and Mindy May. Tell me how that meeting went.

GAIL: Not very well. As we tried. I have a very strong daughter, very independent daughter. And we allowed her to speak on her behalf. And I don’t, didn’t feel that was received very well. I am also pretty outspoken; my husband is pretty quiet. So in hindsight and reading what’s going on now, I’m pretty sure they didn’t like the fact that two women were sitting in their office speaking as my daughter was telling them how she felt, and, you know, our disappointment in what had taken place with the girl that was given the RA position, the whole Snapchat story, which they pretty much, you know, said that was nothing. And I kid you not, at one point, Jon Wood rolled his eyes at my daughter. And she and I looked at each other and I said, “This is done.” And we walked out.”

This is disturbing behavior by individuals in top leadership positions at Cedarville University. I cannot explain the lack of maturity in these “learned Doctors.” All I know is I wouldn’t be shoveling out 32K per year for tuition at an institution run by people of this caliber.

Without further delay, here is Dr. Markham’s recap of her meeting with Dr. White.