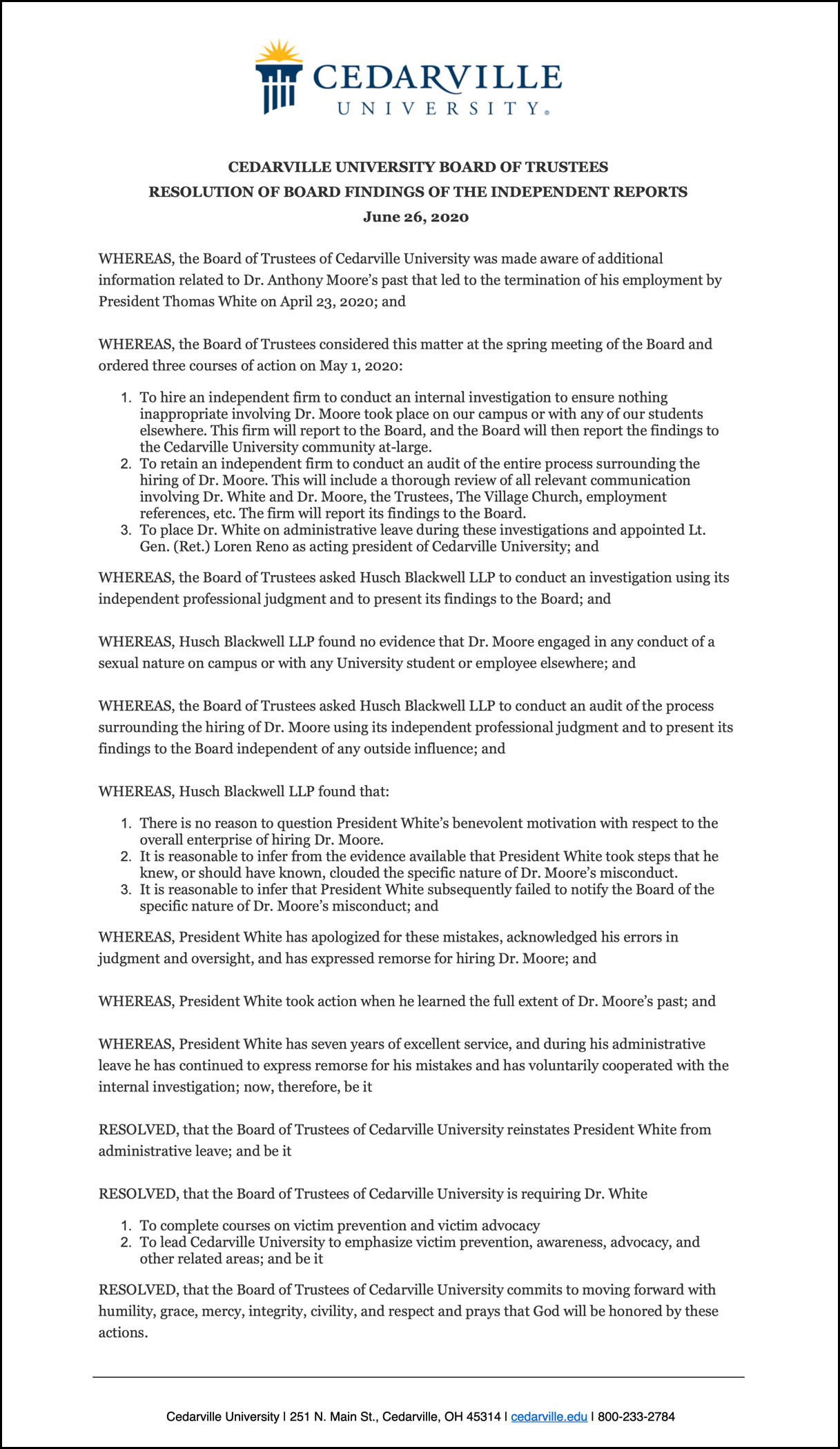 Dr Daniel Akin, President of SEBTS, is not impressed and quits the Board of Trustees 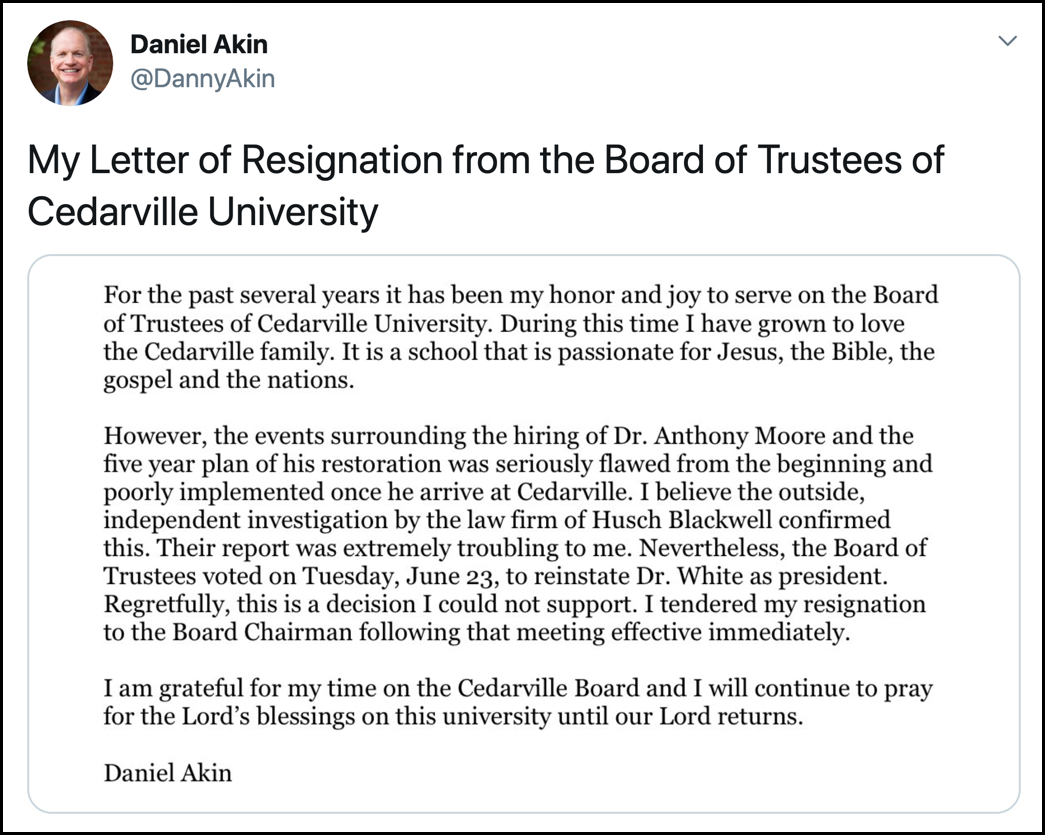 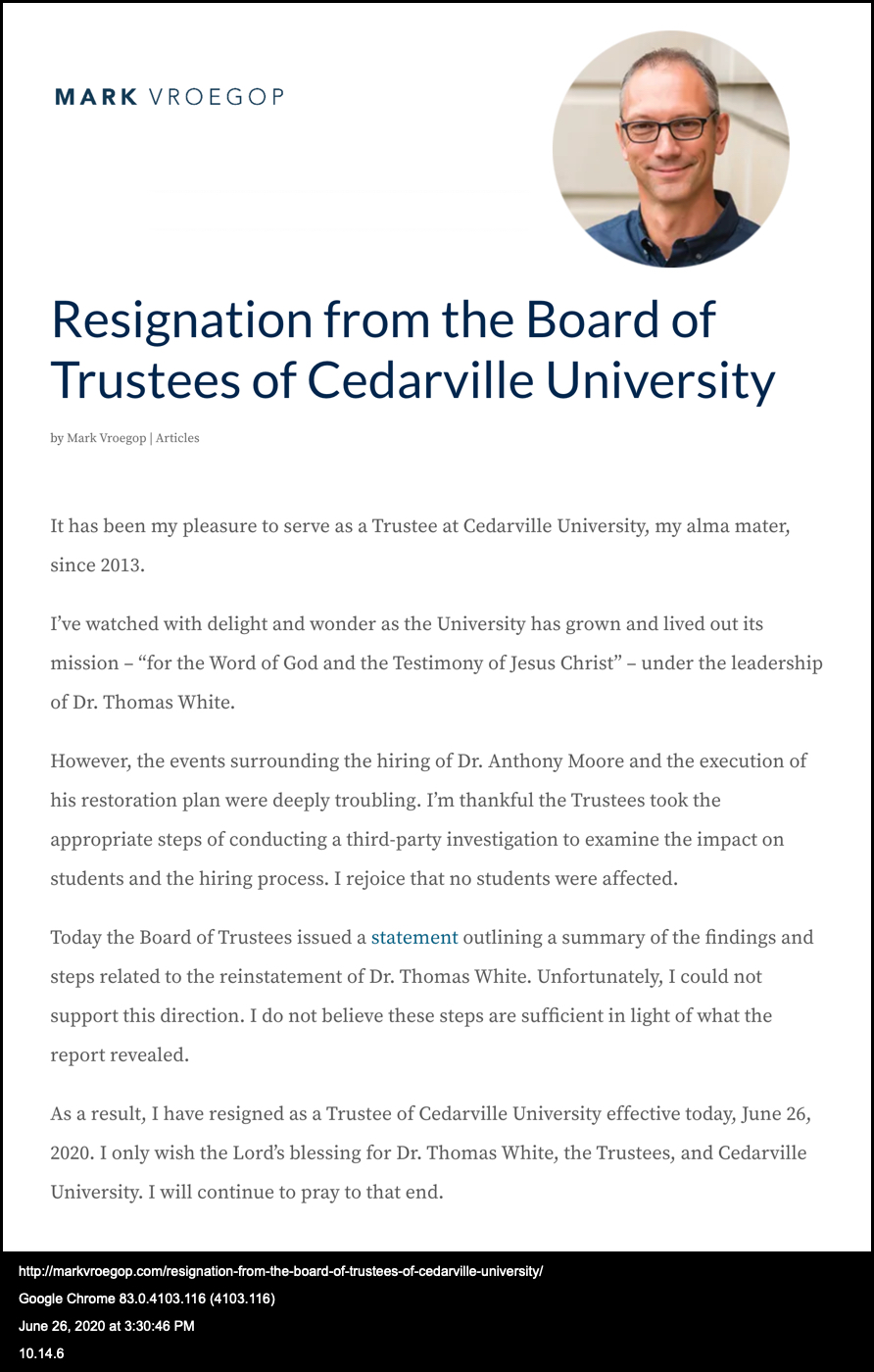 The Council of Biblical Manhood and Womanhood quietly removes White from their Board of Directors and  their Council. His wife, Joy, continues as a member of the council. 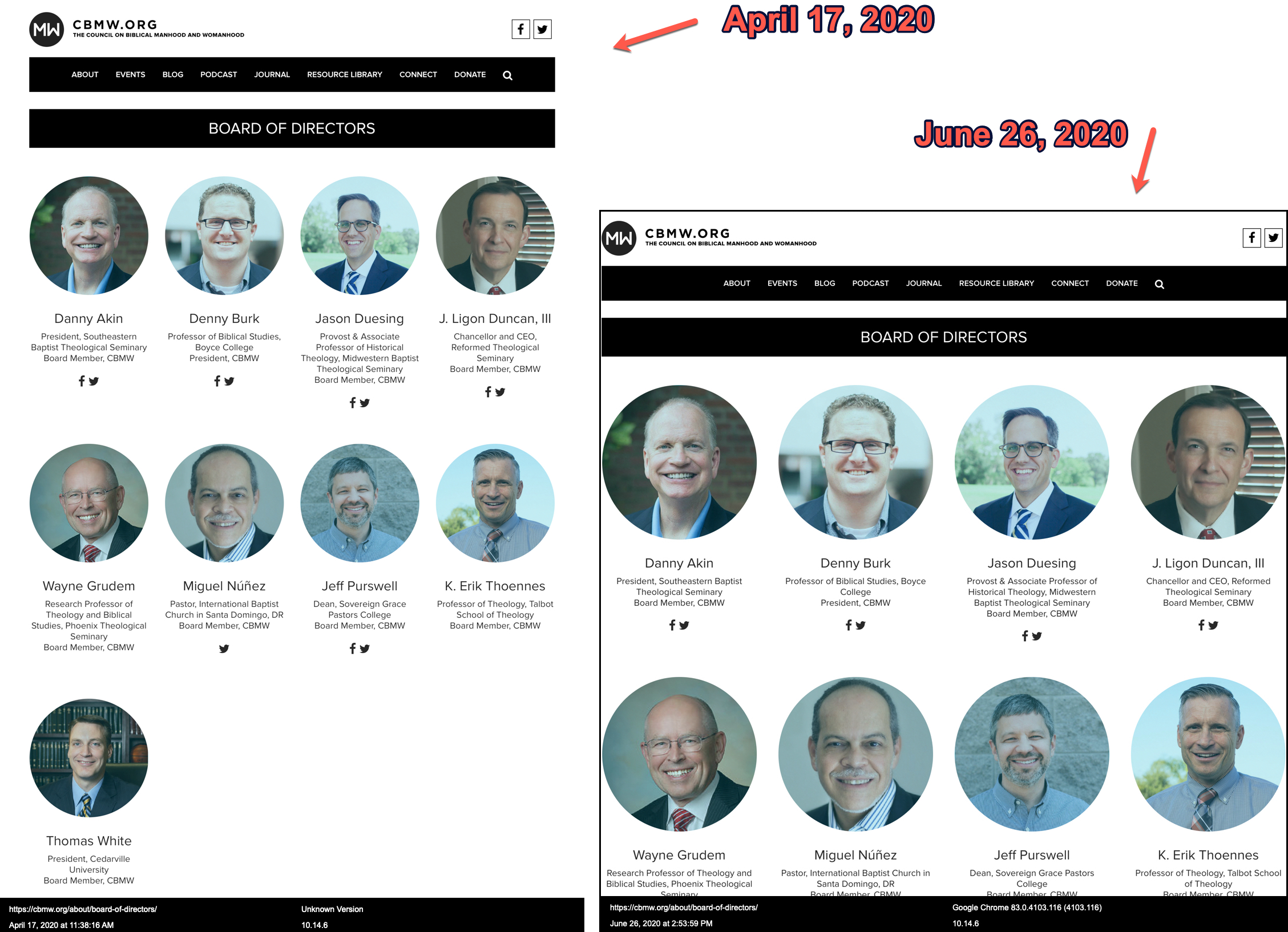 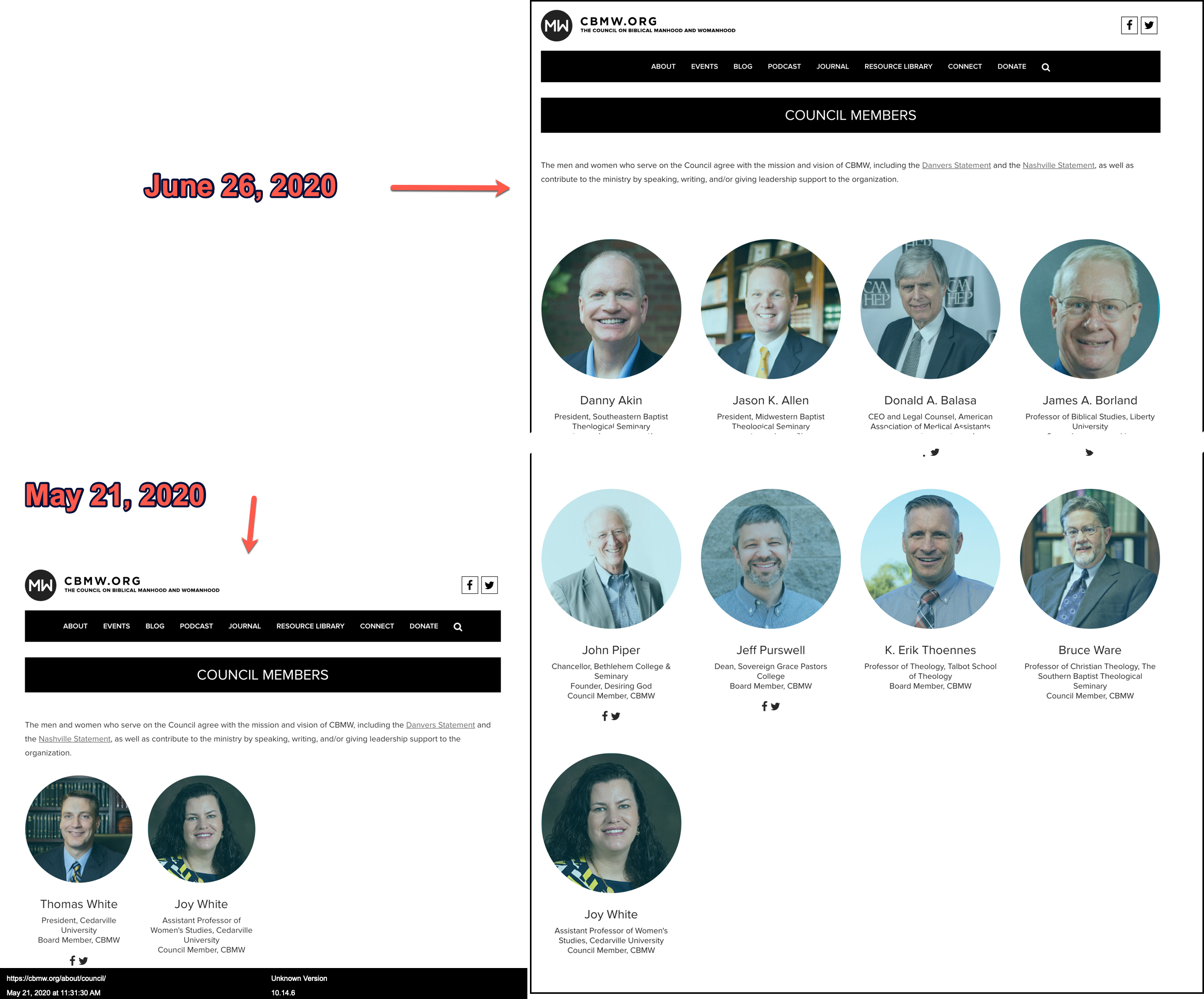 We’re sure our readers will have some interesting insights. However, I (Dee) have one important insight. There have been a lot of attacks on bloggers recently. It was a blogger, Todd , who brought the facts of this situation to light. I would imagine that there are a few people out there who are quite glad that there are folks out here whio are trying to keep Christian institutions honest.