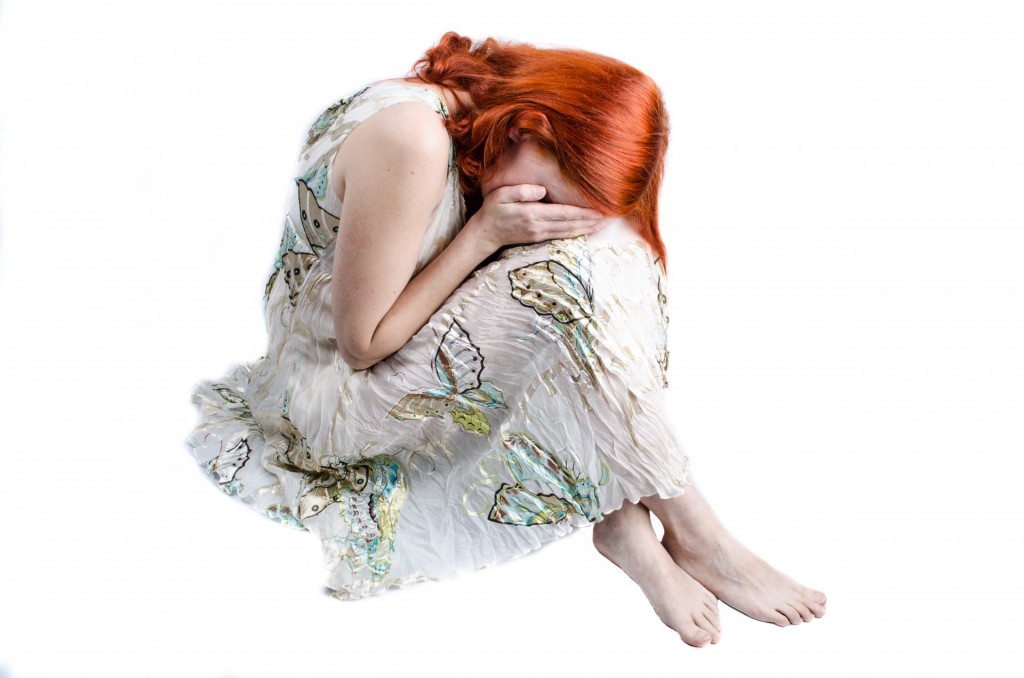 It is almost always the cover-up rather than the event that causes trouble. — Howard Baker

A partial list of those involved in this story.

Emily’s purpose in writing this post is to express her frustration with Paige Patterson.

I attended SWBTS from 2010-2012 and fell victim to the Paige Patterson regime of being “shamed into silence” (borrowing a phrase from the Jane Roe 2014 lawsuit). While a student and employee on campus, a professor expressed romantic interest in me which I immediately reported to Administration. My “case” was not taken seriously, there was no policy in the handbook discouraging a professor/student relationship as both parties were adults, and I, being female, must have encouraged the professor’s advances and was emotionally overreacting.

My ultimate frustration and disgust is not with the professor but rather with Paige Patterson’s leadership in the situation. My heart goes out to the other women who similarly experienced this treatment and am grateful that justice was served!

Emily had not taken any classes with Dr Mitchell but was known to many of the students and faculty because she worked in the cafe as did other students at SWBTS. Pay attention to the timeline. See how quickly this situation accelerated.

October 2011: Emily, along with other students, including her roommates, were invited to Mitchell’s house to watch a sporting event. She wrote this to Dr New in an email on 12-14-17 as she began to process what happened to her.

“After the party, i resumed my role in the cafe but began noticing an increase in Dr. Mitchell’s presence. I joked with my direct supervisor and roommates at the time about this and we just laughed it off as a joke about him “liking” me. All the while i maintained being polite out of respect but began to feel increasingly uncomfortable.”

November 2011: Emily was given a copy of the ESV Study Bible as a gift. Dr Mitchell contributed to the ethics  section.

She wrote about this in an email to Dr New in 2017. She had some thoughtful insights regarding this particular *gift.*

He made sure to highlight and draw attention to the fact that he was a contributor to that edition of the Bible. Was that (about the)  power differential or boosting to impress (me)?

Dr New and Emily discussed this further in 2017.

(It) almost seems to me to be “Look at who I am.  I’m important. I’m respected.  I have influence.”  (Was this the) implicit use of power/position to influence you?

At some point during this timeline, the following note was given to Emily. She thinks it could have been given along with a gift. 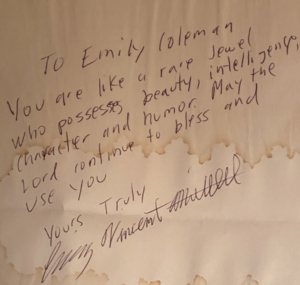 December 2011  After Thanksgiving break, Mitchell asked her to eat breakfast with him. At this point she was uncomfortable but it was about to get a whole lot worse. Mitchell is 20 years older than her. As far as we can determine, he has never been married and does not appear to have any children. Please correct me if we are wrong.

Again, Emily discussed this with Dr New in 2017. As she tells this story, she remarks again about the power differential between the professor and her since she feels somewhat obligated to accept his invitation even though she doesn’t want to do so.

“After the break he asked me to eat breakfast on campus with him. This invitation made me significantly uncomfortable which i voiced this to my supervisor. Together we discussed possible reasons why i would receive this invitation joking mostly and agreed out of respect that I should accept with the expectation that i was working and could only stay a few minute.

He gave her a Christmas gift along with the other students.

A marriage proposal! Yes, you read that right.

(Mitchell) sent letter via inter-office mail with a declaration of love for me and desire to move forward with a relationship. It included a proposal of marriage,.

“ I was in a state of shock and wish i knew then what I know now.”

What happened when she reported this to SWBTS administration?

“When i received the letters, i immediately reported this to my direct supervisor and the Student Center manager. They encouraged me to speak with the Dean of Students.”(Dr. Thomas White)

(I) was told to leave the letter(s) with their office and they would discuss next steps.

Yet, she was never allowed to speak directly to Dr White or Dr Patterson.

“I submitted the letters for their review yet only communicated with the Dean’s assistants and never received an individual meeting with the Dean. I checked in daily to see if my letter had been reviewed and what action would take place. The assistants half-heartedly listened to my story and stated stated they would review the letters.”

She was told not to present her case because she was acting on her emotions.

She kept asking to meet with the VP or Student Services (Dr White.) She reported the following in a Facebook message to Dr. New at the time on 1/31/12.

She was told that she was over-reacting, being emotional and was asked if it was worth ruining Mitchell’s career. She was also told, or it seemed to be implied, that she would not be taken seriously since she was acting on her emotions.

(I) requested an additional meeting along with VP Student Services office with timeline for making a disciplinary decision. (I) was informed that the situation was being handled. (I) was told/given impression that I was being erratic, overreacting, and probably did something to encourage this Professor’s advancements. Was questioned whether my simple situation was worth ruining someone’s career over?

“I was advised (from the dean’s office) that I should not present my case because they wouldn’t take me seriously because it would appear as if I were acting out of emotions!”

By this time, she was aware that the SWBTS administration was involved which means Paige Patterson was aware of the situation. She felt she was being treated like an immature teenager.

The following was discussed with Dr. New in 2017.

“From SWBTS administration, I feel like I was treated like an immature teenager whose emotions were clouding my judgement, perspective and reactions. My gut was telling me interactions leading up to the “event”, weren’t normal/okay and I wished i had seriously discussed them with someone before things escalated. Instead, the interactions were viewed as “normal”, comical, or a “none-issues”.” (email to AN 12-13-17)

She was told to *keep her emotions in check* by an assistant who was in the counselor program.

“One of the assistants happened to be in the counselor program at the time working towards her doctorate. She was the one who basically told me to keep my emotions in check and to not make any emotional decisions or requests. I was greatly insulted by her response and lack of empathy. Days and perhaps a few weeks went by before receiving an answer with a solution.”

Note the following statement: she received no information *in writing.*

I felt like a prisoner trapped during my last semester at grad school. I felt betrayed by an institution i trusted based on receiving nothing in writing and with how i was treated

The school had no policies in writing for this situation. Paige Patterson makes an appearance.

“I did my own research and realized there was nothing formally written in SWBTS policy regarding professor’s relationships and thus their response was the “best that they could do according to current policies”. They assured me that “he” had a personal conversation with Dr. Patterson and to consider “it” handled.

February 2012: It was over and done. Mitchell received a slap on the hand from Patterson.

Again, all of this was conveyed to Dr New in 2017. Here is what she was told by an assistant. Please note. No one in administration spoke with her directly. Mitchell apparently abided by this decision and didn’t seek out Emily.

“… the powers that be have passively handled this situation in the manor of which you describe. it was described to me as “a shepherd shepherding his flock”. This mentality frustrated me immensely! In matters such as this, I believe it should be handled as any ‘real world’ job would handle it…as an ethical issue.” (facebook message to AN 1-31-12)

“The assistants assured me that the letter had been reviewed by the Dean and Dr. Patterson with the decision being made that Dr. Mitchell would not be allowed to enter the Student Center as long as I remained working there. That was it.

Emily conveyed her dissatisfaction with the *solution.” They made it sound like this was her fault for blowing it out proportion.

Yes, I communicated my dissatisfaction regarding this decision. The response was continued guilt/shame over my role in the situation. That I was blowing it out of proportion and it was not worth ruining someone’s professional career over.

My thoughts on the matter

I am so sorry to hear that Emily Coleman was treated in this appalling manner by the SWBTS administration. I believe her. Thank you for coming forward, Emily. This is never easy.

Special thanks to Dr Aaron New whom I follow on Twitter. You have been a consistent support to your former student.

Paige Patterson appears to have trained Tom White very well. No wonder White had no problem with Dr Anthony Moore.