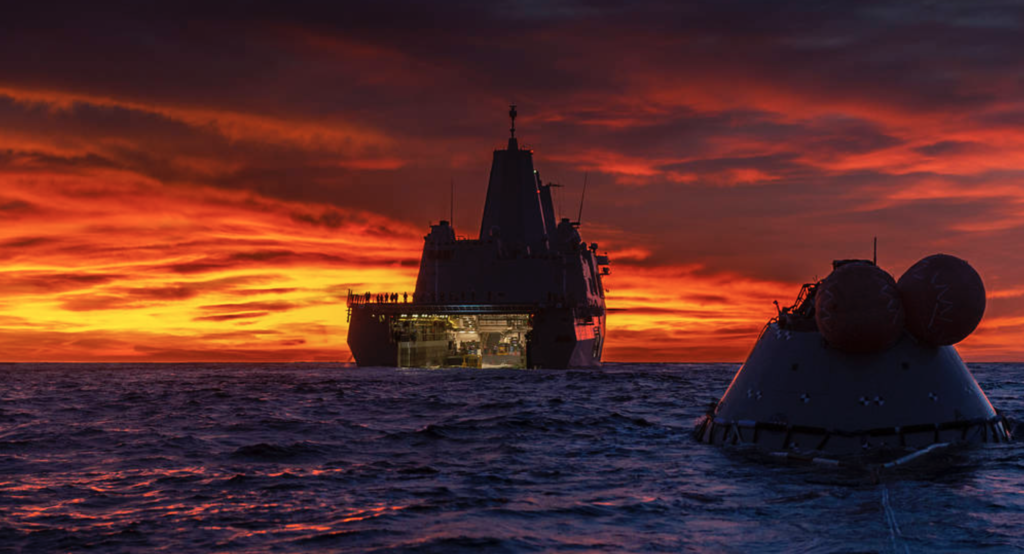 Recovery of the Test Orion Capsule in the Pacific Ocean

“To be trusted is a greater compliment than to be loved.” –-George MacDonald

I always enjoy reading posts by Joe Carter when it comes to these subjects. Who can forget his dogged support of CJ Mahaney and his disdain for me in the following conversation written up by the Christian Post. The Gospel Coalition, Christian Bloggers Spar Over Sovereign Grace Ministry, C.J. Mahaney on Twitter? Well, at least I haven’t forgotten the discussion and I bet Carter hasn’t as well.

So when I saw he wrote a post on NDAs (non-disclosure agreements), I was intrigued. Should Christians Sign Non-Disclosure Agreements?

I can agree with him on the following point:

A certain level of discretion is necessary for a local church or Christian non-profit to function biblically and effectively, so it’s not unreasonable for ministries to agree to keep such information private.

He quoted from a website called Free Church Forms-NDA.

[Church Name] Officers are responsible for the security of any confidential information to which they have access. They have an obligation to maintain the confidentiality of proprietary, confidential and sensitive information, documents and data concerning [Church Name], its staff, members, organizations and Pastor. Church Officers will not discuss or divulge internal church business concerning any of the above entities except to (1) the extent necessary for the normal conduct of business and (2) those that are specifically authorized to receive such information.

I can agree with him on the fact that NDAs are often used to cover up things that should be brought to the light.

NDAs are sometimes used in ways that allow the cover-up of abuse, sexual harassment, racial discrimination, or other immoral actions

Here is where his suggestion sounds good but could get really sticky.

if you are asked to sign an NDA, you can request to modify the document by adding a requirement that enforcement of the confidentiality clause would be subject to a Christian conciliation process and mediated by an agreed upon volunteer or professional mediator, an outside local church or group of elders, or a formally established conciliation ministry.

For example, it appears to me that some Christian peacemaker type groups appear to side with the leaders of the church as opposed to the lowly pew sitter. Think about who pays the peacemaking group to peace make… Here is a post that I wrote 5 years ago. Beware of Christian™ Arbitration: It’s a Con Game Developed to Protect Christian™ Leaders

In this post you can read about the horrific trial endured by Pamela Prescott and Northlake School. It was my conclusion that one should never sign a contract that requires so-called *Christian arbitration.*

However, some churches will not allow you to participate in various activities if you don’t join. I have personally discovered that it is quite easy to circumvent  the system by attending the church, starting your own Bible study, and serving within parachurch groups.

2. You sign the contract in order to get a much needed job.

You have three methods of action if things don’t work out. By the way, think about your options if it doesn’t work out prior to signing on.

1. Quit before you are fired.
2. Be fired, don’t fight back and chalk it up to experience.
3. Fight back and hope you have the money and stamina to see it through.

In the article I wrote about a case documented by the New York Times. In Religious Arbitration, Scripture Is the Rule of Law

Yet some lawyers and plaintiffs said that for some groups, religious arbitration may have less to do with honoring a set of beliefs than with controlling legal outcomes. Some religious organizations stand by the process until they lose, at which point they turn to the secular courts to overturn faith-based judgments, according to interviews and court records.

“Religious arbitration, at its best, ensures that people can resolve their disputes in accordance with deeply held religious beliefs,” said Michael A. Helfand, an associate professor at Pepperdine University School of Law and an arbitrator in a rabbinical court in New York. “But both religious communities and courts need to make sure that the protections the law has put in place to make it a fair and unbiased process are actually implemented.”

Few courts have intervened, saying the terms of arbitration are detailed in binding contracts signed by both parties. Some judges are also reluctant to risk infringing the First Amendment rights of religious groups, according to a review of court decisions and interviews with lawyers.

So, make sure that you are able to get an outside, independent professional mediation group that does not have ties to the Christian community. (I can’t wait to hear the critics on this one but I shall stand my ground!)

Warning/Red Flag: The church leaders *out* for strict confidentiality centers around church discipline and this is where you have to read the fine point.

Read what Carter has to say here. Remember, he is now a pastor at McLean Bible Church and his bias will be toward the pastor side of the equation. Non-disclosure agreements center around what should be, and what should not be, kept confidential.

Confidentiality is often an important element in living at peace with everyone (Rom. 12:18). But we are also called to confront sin and even, if necessary, bring it before the church (Matt. 18:15-17). This requires we possess the legal freedom to call out wrongdoing when we see it, which puts a limit on the privacy afforded to a ministry. Just as strict confidentiality is not the biblical standard for pastoral counseling, it should not be used as the standard for inter-organizational management. We can glorify God by providing legally bound discretion only so long as it does not require that we cover up sinful behavior.

Did you see where the link takes you? Yep Biblical Counseling Coalition. You can be sure that this group is pastor-centric. Here is what they have to say.

Strict confidentiality is not possible for Christians who practice counseling in the context of a local church. If a person is not willing to repentant of his sin, the counselor must eventually expose this sinner to the church. If we are going to follow the ethics of the Bible, it is not an option for us to conceal an unrepentant sinners’ sin. Granted, many of us (as counselors) will persevere for a long-time—exhorting, persuading, pleading with the sinner to turn.  But if he or she does not, we’re left with one two options—bring a second witness (v. 16); and then bring it to the church (v. 17).

As you can see, there are limits to our confidentiality in a church setting. Pastoral counseling requires us to always fit the sinner within the context of a local church. We’re not lone-rangers in private practice; but shepherds watching over a flock of God’s sheep (1 Peter 5:1-13).

Here is the problem. What do they define as sin that is worthy of church discipline?

I have documented many, many instances of abuse in Church Discipline and Abuse. Joe Carter hangs with some of the ministry leaders of 9 Marks, Acts 29, etc. He is a member of The Gospel Coalition whose entire website is centered around Reformed pastors/church leaders.

The Real Problem: What should be disciplined is not defined a priori.

We are all sinners and all of us are dealing, day to day, with our walk with God. What sins should be disciplined?

There is no question that some sins are severe. 1 Corinthians 5 deals with a case of incest in the church. I doubt there are many who would disagree that such a sin should be disciplined. Other such sins might include cases of adultery in which a man leaves his wife and children, someone who embezzles money from the church, etc.

The bad news is this.  Many churches decide, on the fly, to discipline just about anything. This might include pride, divisiveness, arrogance, sinfully craving answers to questions (we kid you not), resigning from church, asking questions about budgets, disagreeing with a pastor, etc.

Why won’t they define which sins they punish up front?

Unfortunately, church leaders are sinners just like the rest of us. They can use these poorly defined rules to stifle disagreement, to play “I’m the authority around here” card, to get rid of opposition so the pastor can do things his way, or just because they are in a bad mood. One man got disciplined for not smiling at his pastor in the supermarket!

Would you move to a country that had no defined laws and a police force that could arrest you for anything? Why should you be member of a church that practices church discipline and refuses to tell you what they will discipline?

So, I would say RUN from any of these groups and NEVER, EVER get legally entangled with them unless you have an out. I can get you out of church covenants (contracts) but not so much out of NDAs. If you must sign one in a Christian church or para-church group, be sure to there is a way that you can appeal to an independent mediator that has few ties to the church, church leaders or para-church relationships.

In the meantime, do you think that Joe Carter will ever admit that I was right in that argument that was documented by the Christian Post?