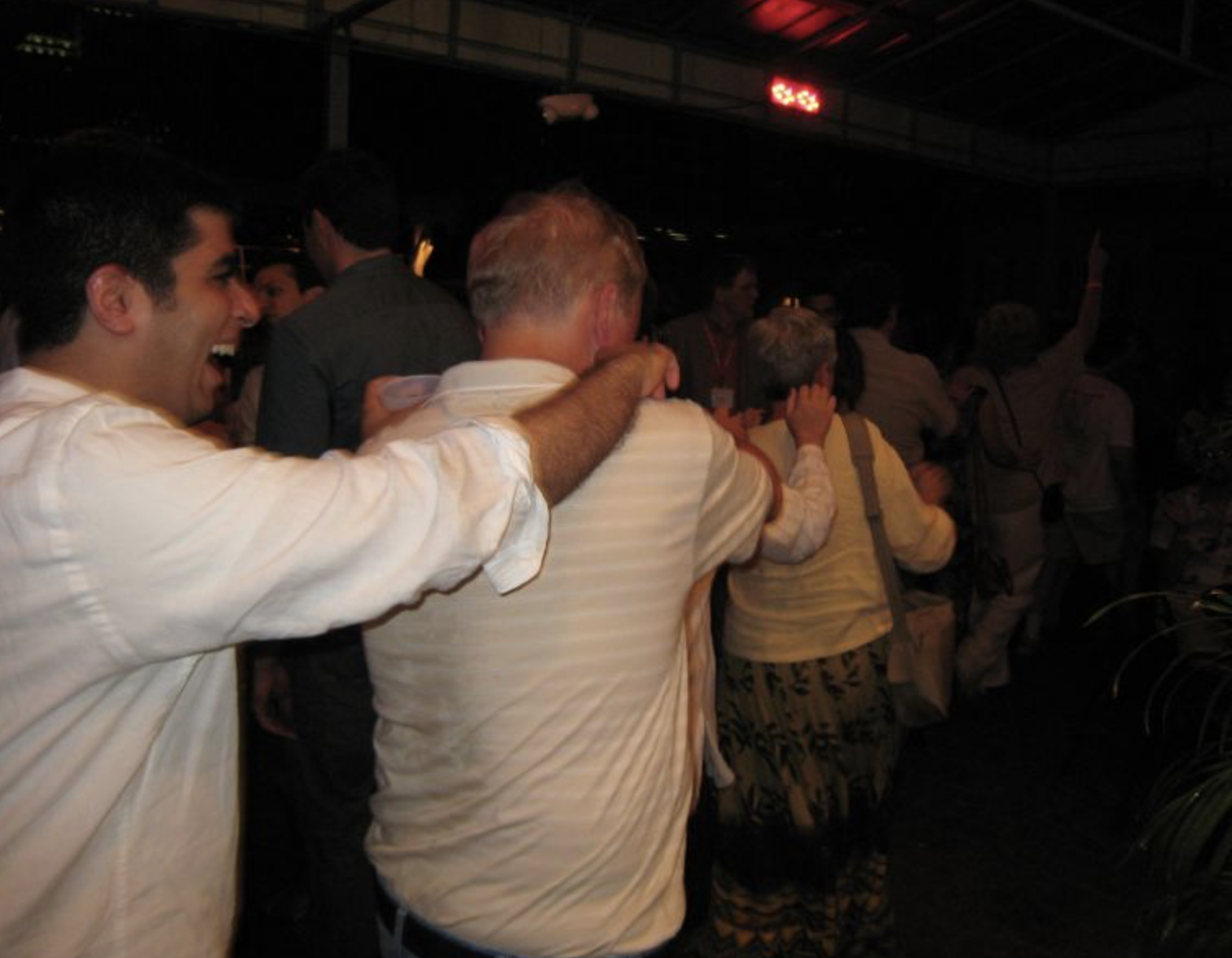 “Having a relationship with people of questionable character is like playing with a razor blade on your skin, and pretending to observe that it is harmful to your body.” ― Michael Bassey Johnson

On Wednesday, I look forward to writing a post about some pushback to the The Gospel Coalition and their assorted dudebros on how they define the Gospel. I’ve been fussing about this for years. So happy to get some help from the really smart people out there!

Eleven years ago, I left my SBC church because I believed they mishandled an horrific pedophile situation. My husband and I then headed over to an Anglican church in the area. Shortly after I arrived, I saw a pedophile who had just gotten out of prison for molesting little kids, walking around the church, carrying a coffee pot. I wrote the pastor a note, warning him about this guy who had long and well known history of pedophilia. (His wife taught my kids!) He blew me off and said the parole officer said he was just fine.

Again, I wrote him, begging him to let the church know about this man. The answer was *no” which was shortly followed up with our being notified during a meeting that we couldn’t join the church until we reconciled with my former SBC church. That was NOT going to happen. It was one of the few times I have ever cried (or should I say bawled) in front of the pastor. He sat behind his desk like a cold fish, totally unrespondive. I got up and ran out of his office along with my husband. The up side if that I decided to start this blog that very day!

Recently, I learned that he had been let go by church leaders in the summer of 2019. Apparently, his painful demeanor finally annoyed the church members. I’ve been following his job search. It must have been unsuccessful since he recently told people he may start a new church in Raleigh. I am underwhelmed. You can read a bit about this by entering Don Cameron’s name into the search engine.

He is joining a growing list of pastors who are part of the elite fallen/troubled pastor conga line along with the estimable Andy Savage, Tullian Tchividjian, Chris Conlee, Pete Wilson, James MacDonald, etc. Conga on!

I’m sure you saw this coming…Wes Feltner is starting a new church.

For those of you who don’t remember, while he was a youth pastor, he went after a couple of young women in his church. He is being cautious about sharing this information so, thanks to Amy Smith, I found this on Facebook. Welcome To Faith Family Church…Uncommon Sense. (His title, not mine…)

Are you feeling overwhelmed? Feltner can help you.

Here is the first entry along with the sermon.

Is he fundraising during the Good Friday devotion? 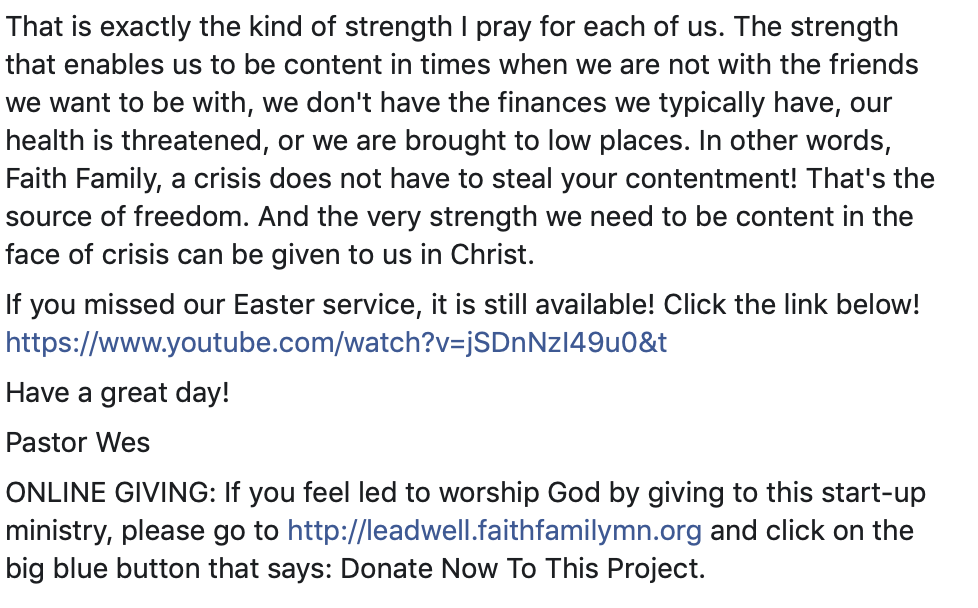 The church (and his own ministry) are now official according to this entry.

However, he wants you to know that there are two ministries that he is leading. One is his own ministry called Leading Well and the other is Faith Family Church. Make sure you know to donate to both. 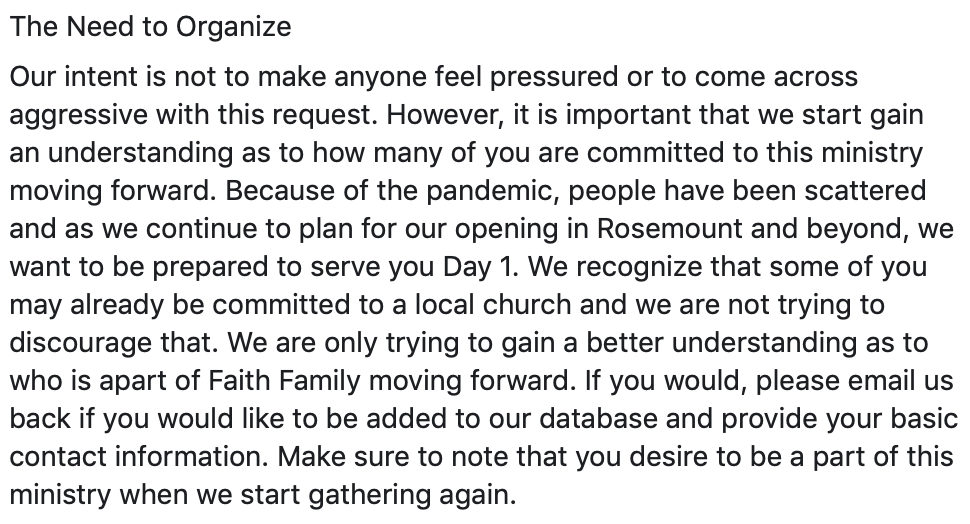 I believe that there are a number of pastors who are disqualified who don’t really care what the Bible has to say about standards for pastors. In fact, many of them have lost the capacity to feel shame for their actions.

They also don’t care about what the law has to say about pastors who molest children.

They don’t care that some states have passed law to make it illegal for pastors to become involved with their church members (kind of like the laws for counselors.)

Sadly, they have taught their church members fractured Scripture so the folks will support them with money and adulation. Frankly, these men are really, really good at obfuscation.

Their church members exhibit cognitive dissonance which adds to the problem. They believe that they are smart and would know when someone was selling them snake oil. The problem is that they don’t understand their own Bible which warns them that really bad people could masquerade as goodly church leaders.

In Feltner’s Facebook, we see a comment by one Tom Hudson who is so deceived that he thinks Feltner is the best Bible teacher of our generation!!! I’ve got to hand it to Feltner. He found the right people to “lead.” Can you imagine?!!

In other words anything goes in churches these days so long as the leaders know how to attract the right kind of followers who would actually believe such things as well as poor Tim.

John Longaker is a case in point. His congregation loves him even though he spent time in jail for molesting Kelly Haines.

If you are interested in watching this former jailbird preach a sermon, here is a link. Here is his email to me. See how repentant he sounds to you.

So, I’ve presented three men who are, in my opinion, not repentant and who are startng and hoping to star in their very own pulpit. Guess who’s coming to a pulpit near you…

I think we need to cue up Gloria Estefan Let’s conga, baby!