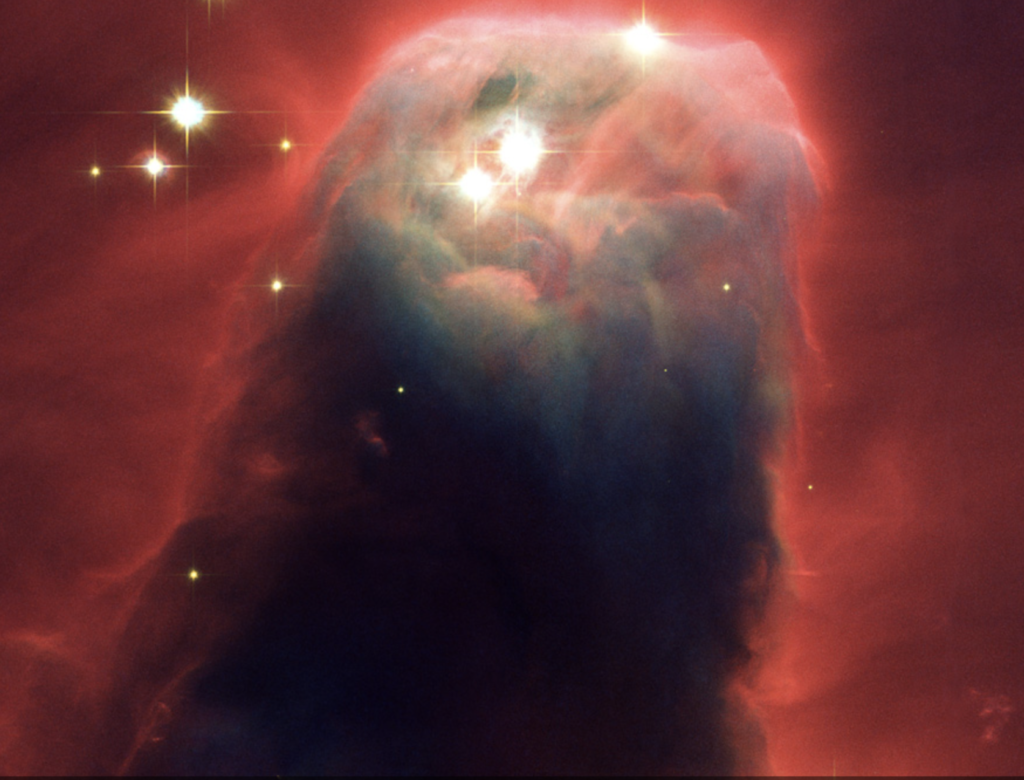 This post is going to open up a Pandora’s Box. Repeat after me… Dee is not a fan of Doug Wilson…

He presided over the marriage a serial pedophile to a sweet young thing in his congregation. Then, said pedophile developed *feelings* for his little baby boy. No, this is not a joke.

[Updated 2] Pedophile Supported by Doug Wilson ‘Allegedly Sexually Abused** a Baby. Christians: There Is No Excuse. This Must Stop!

He is an HIV/AIDS denier.

I think this is particularly relevant to a discussion about the pandemic which he calls a *shamdemic.*
Doug Wilson and the American Family Association: HIV/AIDS Conspiracy Theorists

There is much, much more including concerns regarding plagiarism and another problem with a different pedophile. His school and church (*Kirk*) have a rather rocky relationship in the town of Moscow, Idaho.

Despite is rather grim background, he continues to be BFFs with members of The Gospel Coalition. Frankly, I’ve only scratched the surface. Here is a link to Wikipedia to read up on him further. Feel free to regale the readers of this blog with the many stories surrounding notorious Doug Wilson.

I bet that Doug Wilson is basking in the limelight of his app being banned by Google.

Before we begin, let me give you my understanding of Doug Wilson. he thinks he is really, really smart; far smarter than just anyone out there. There is an arrogance that, when mixed with his radical Calvinism, makes it very difficult to give him the benefit of the doubt.

Please remember this. I do not support Doug Wilson in any way.

So how did this happen?

On Friday, Google suspended Christ Church’s app from the Google Play store after accusing the pastors of a lack of sensitivity and/or capitalizing on the current coronavirus pandemic.

The church received a notice from the platform, stating: “We don’t allow apps that lack reasonable sensitivity towards or capitalize on a natural disaster, atrocity, conflict, death, or other tragic event.

“Your app has been suspended and removed due to this policy issue,” the notice added.

It’s believed Google was referring to Pastor Douglas Wilson’s short lessons on responding faithfully to the COVID-19 crisis, and Pastor Toby J. Sumpter’s sermon calling God’s people to humble repentance in the face of the pandemic.

Davis thinks this may be the first of many such actions by various platforms.

Will the platforms that we now depend on dictate what our pastors can and cannot preach on?

Here are the three sermons which Davis, Wilson and others believe led to this action by Google.

However, Wilson posted Romans 13 and the COVID-19 Virus on April 8 which helps explain his mindset.

What we have been doing at Christ Church thus far, as a church, is to comply with the orders of our governor and our mayor. We will continue to do this until it becomes obvious to us that the orders are an abuse of their legitimate authority to quarantine. We do not challenge that authority of theirs to quarantine, and we have not relinquished our authority as elders to call a meeting of the church. These two positions are currently in tension, but because we are good citizens and not scofflaws, we have resolved that tension by deferring. But there is a point where such orders would be tantamount to commanding water to flow uphill. As such these would be orders that would be unscriptural and therefore immoral, unconstitutional and therefore illegal, and nonsensical and therefore lame.

I do not yet believe we are at that point. But I do think I can see it from here.

He then responded to Google’s actions in This Shambling and Shameful and Shambolic Shamdemic.

He starts with an explanation of sorts.

I don’t want people to die. I am not pretending that somehow many haven’t died. And I am also not in any way making light of the heroics that any number of health care workers and supply chain folks have undertaken on behalf of others during this whole ordeal. Four cheers for all of them.

…Once the rush began, virtually all of our political leaders cascaded over one another in shutting things down. Only a handful have resisted the pressure to be as virtuous as all the rest. But the dilemma for the cascaders now is that they cannot just glibly say “never mind.” They blasted their way out, and so it is now going to be very difficult to tiptoe back in. They now have to figure out how to unwind this thing without provoking a hailstorm of accusations. They have to declare a great victory over the virus, Democrats and Republicans alike, and they also have to declare that the costs associated with the lock downs were a reasonable price to pay for that victory. Some might even be tempted to extend their lock downs so as to prove how reasonable it all was. See? We’re still saving lives!

But if they are going to do this, it is going to require a great deal of control over the post-game analysis, isn’t it? Shut up, they continued to explain.

…When the president says that he wants the economy to be up and roaring again, he is treating explosive economic growth as though it were self-evidently a good thing. He is thinking like one of the old school guys. Joe Six-Pack also thinks that way, because he has a welding shop to run. But not everybody believes that. Not everybody thinks that way. The expert lordlings who are waiting in the wings to rule over our going out and our coming in do not believe that.

And what they could not get Joe Six Pack to do by scaring him with dying polar bears — lay off 20 employees — they have done by scaring him with a virus. Despite decades of lies, the polar bear thing just didn’t work. It was too far away, too irrelevant, and too measurable. Polar bears are big, and viruses are not. So with an invisible and deadly virus, some computer modeling hoojoo, the natural self-interest of people who don’t want to get sick and die, a sufficient smoke screen cover for politicians who wanted to flex on us, and the necessary pressure on the politicians who would have been inclined to resist, they hit on a really great formula. At least for them.

Hats off to them. They won the first half.

In other words, Wilson is miffed off.

He got some unexpected help from The American Conservative which posted Rod Dreher’s post on the matter: Deplatforming Douglas Wilson.

There is an amusing aside to this post. Dreher was careful to say that he is not a big supporter of Wilson. (He’s not.) However, he must have received quite a bit of pushback since he had to post this update to the story.

Guys! I am not defending Doug Wilson’s teaching or his behavior as leader of the Kirk. As I said at the top of this post, I got into a big online argument with him a few years ago when I criticized him for the way he handled sexual abuse within his community. I am only defending here his right to be heard, and in so

Dear reader, please remember this in my case as well. I am not a fan of Wilson which should be be evident by the many negative posts which have appeared on TWW though the years.

Doug Wilson is the kind of pastor who preaches and writes as if he believes that pugnacity is next to godliness. He is a powerful rhetorician, and can be quite funny — but humility is not his strong suit. One his blog, which is how I know his work, he comes across as someone who is more interested in owning the libs heretics than in converting hearts and minds. I tell you this up front to let you know that I am the sort of Christian who, though a conservative, is not favorably disposed to listen to a message from Doug Wilson.

…So what probably got Wilson in trouble? In this sermon, he condemns, and condemns in strong language, abortion and gay marriage as sins that require repentance. Now, I wish he had listed sins that are more likely to be committed by people in Moscow, Idaho, and in the rest of Red America. God is no doubt angry over the widespread use of pornography in our country. Think of all the pridefulness, the selfishness, the hardness of heart towards our neighbor — all things that you find in Red America too. Think of all the disordered heterosexual lust. And the warmaking this country has fostered on innocent people

…My point is this: whatever my conflicts, theological and otherwise, with Doug Wilson and his circle, I profited from hearing these sermons. I was challenged by them, in a good way. Did I agree 100 percent with them? No I did not. Do I believe that these sermons ought to be freely available on Google’s platform for people to hear? Absolutely.

We don’t know precisely why Google booted Wilson’s church’s app, but listening to Wilson’s sermon (more than Sumpter’s), it’s not hard to guess why. So, even though it probably makes him cringe to have Rod Dreher stand up for him, and believe me, it makes Rod Dreher cringe to do it … I’m going to stand up for him.

…This, by the way, is not the state’s doing; it’s Google’s, which, as a private company, has a right to decide who it wants on its platform. But dissident Christians, and political dissidents of all kinds, should be aware that this is an incredible amount of power to wield. Those who control access to Internet platforms control what can and can’t be said on there.

Doug Wilson responded to Dreher’s post: I Am Not Sure I Have Ever Been Damned with Fainter Praise.

Throughout his piece, Rod makes the repeated (and very correct) point that the weapons that are being used on people that you might not happen to like may well be weapons that are going to be turned on you in about ten minutes.

He expressed his appreciation to Dreher.

Disagreements and all, jabs and all, I actually really appreciated it.

Then he kills it in the humility department. He really thinks he is being funny here.

The only jab I took really strong objection to was this phrase—“humility is not his strong suit.” Simply unbelievable. Humility is my strongest suit. For all his thumb-on-the-pulsing work in reporting, Rod has apparently not been informed of my upcoming book—Humility and How I Attained It.

Wilson is a problem as evidenced by the many posts I have devoted to him. However, I am a bit concerned by this action by Google. But I am far more interested in what you think.