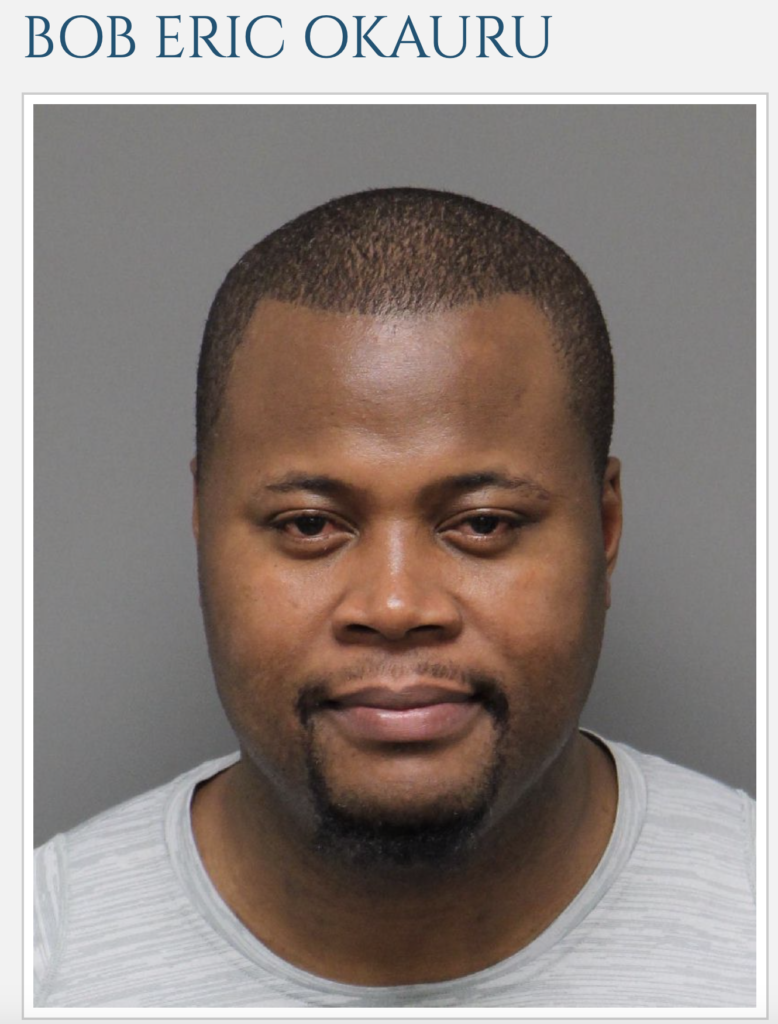 “Of course, people are getting smarter nowadays; they are letting lawyers instead of their conscience be their guides.” Will Rogers

In July 2019 I posted Akia and The Prophet of Kings Kingdom Ministries: Reckoning Comes to an African American Church #metoo #churchtoo. When we last left this alleged man of God, he had agreed to pay back the loans Akia took out to help to his ministry.

I believe that Akia is telling the truth. I also believe that she is telling this story for a selfless reason. She believes that other women impacted by this ministry have similar stories to tell.       I can see their hurt.

She wants them to know that they are not alone. She gave her love and money because she believed that the Prophet cared about her long-term spiritual well-being. She believed he was looking out for her when he allegedly asked her to find any possible way she could get the money. This caused her to take out loans which caused her to have debt.

Akia has bravely opened up her life by telling her story, knowing she maybe critiqued by those who still follow the Prophet. However, I think she has chosen the right place to speak her truth. She knows that TWW has many supportive readers who understand and/or have experienced abuse by members of the clergy. I expect that the comments will be supportive to her.

Perhaps Akia’s history with Okauru to this point is summed up by this statement from that post.

We have stayed in touch through the intervening months. For awhile, its appeared that Okauru was fulfilling his declared intent to pay back the loans.  However, Akia reached out to me last week to tell me that

I found out that Okauru would be making an appearance in December 2019 before a Wake County judge due to a DUI  and revoked license situation. 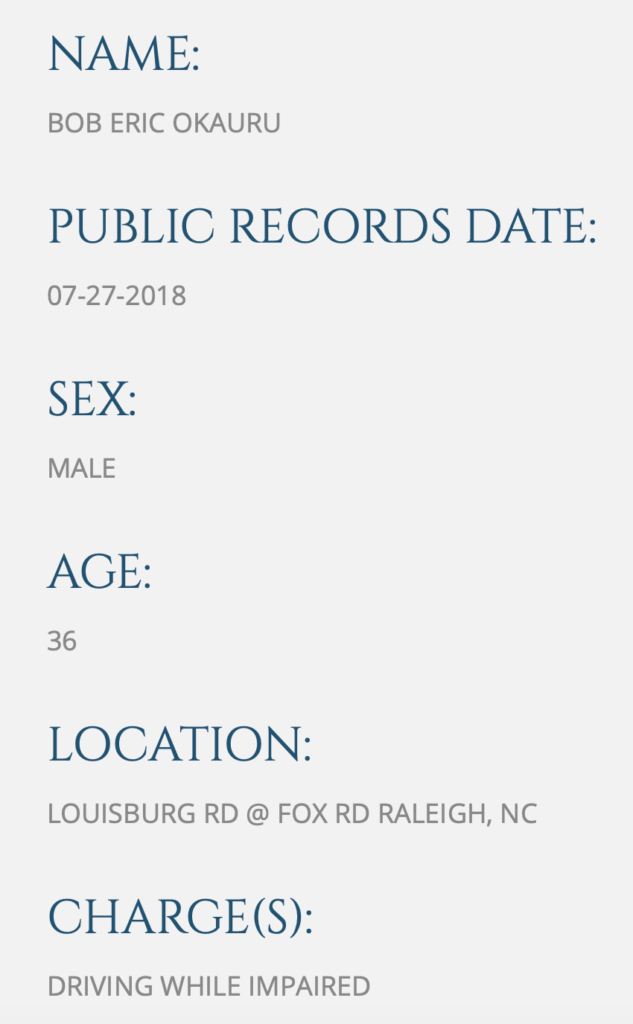 So, I toodled on down to the court room to see what I could learn. Now, just in case it is disputed that I was present, let me tell you about what happened to me as court was opening for the day. A man in back of me suddenly had a violent seizure. Dee yelled out “911 medical emergency” and ran to assist. The judge stopped the proceedings (and did not arrest Dee for yelling in court, thank heavens.) I, along with others stayed and tended to the man and his distraught father until the EMTs arrived. The ailing man had come to and was breathing well. The judge was most kind and thanked us all for helping. I bet Okauru and his two lawyers will remember this unusual start of a court session.

Okauru’s case was put off so that he could appear in court for another *matter* in a separate jurisdiction. His lawyer from that other *situation* happened to be in court that morning so Okauru had two lawyers present. The one for the Wake County DUI and the one for the other *situation.” I am heartened to see he has enough representation by good attorneys.

As you can see here, his new court date is schedule for 2/7/20. Interestingly, I learned that besides the DUI and speeding, that was the problem of the civil revocation of his driver’s license. I may plan to be present for that date as well. 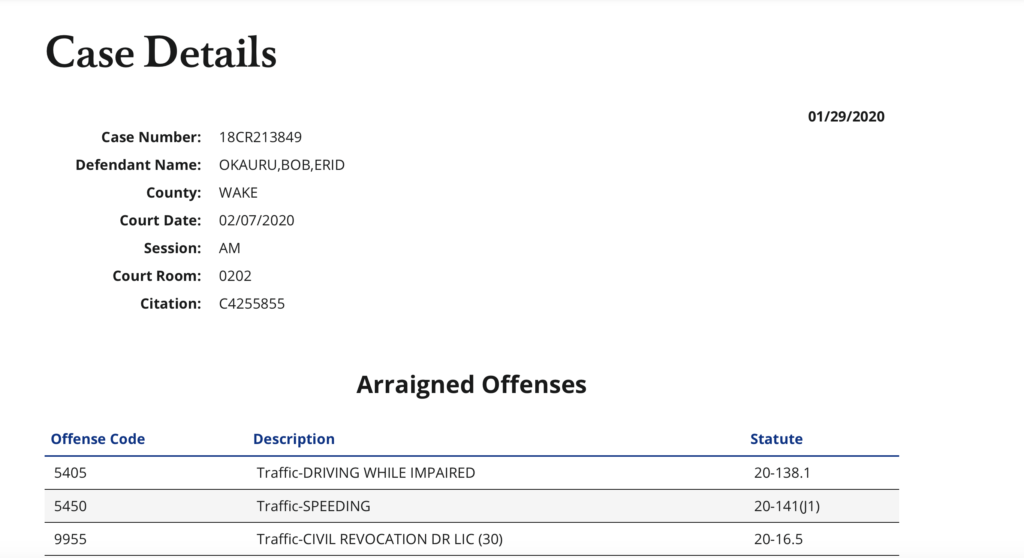 In looking online, I found this report at Rapsheetz.

This appears to say he’s had trouble in the past with allegations of child abuse and possible manufacturing fraud. (Is that like making knock off purses? Thoughts?) These appear to have resulted in probation, suspended sentence/parole and county jail although I don’t know if he served anytime. Any lawyers out there who can give me a read on this? 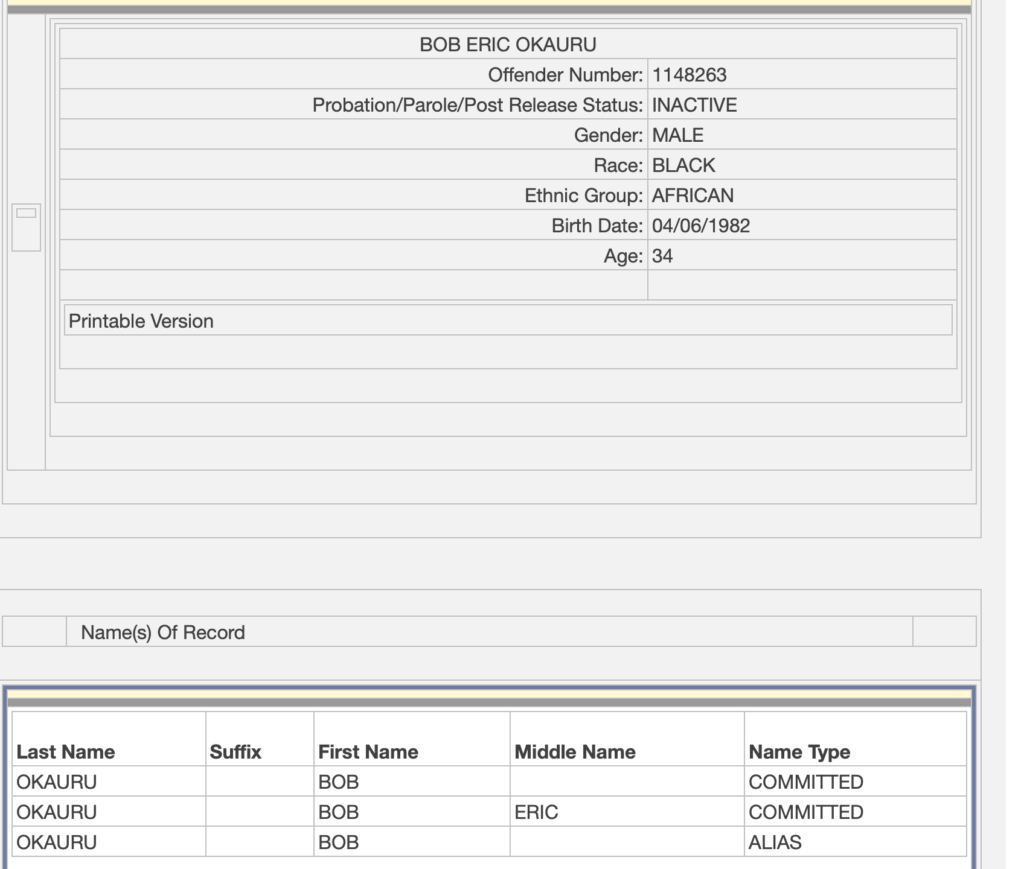 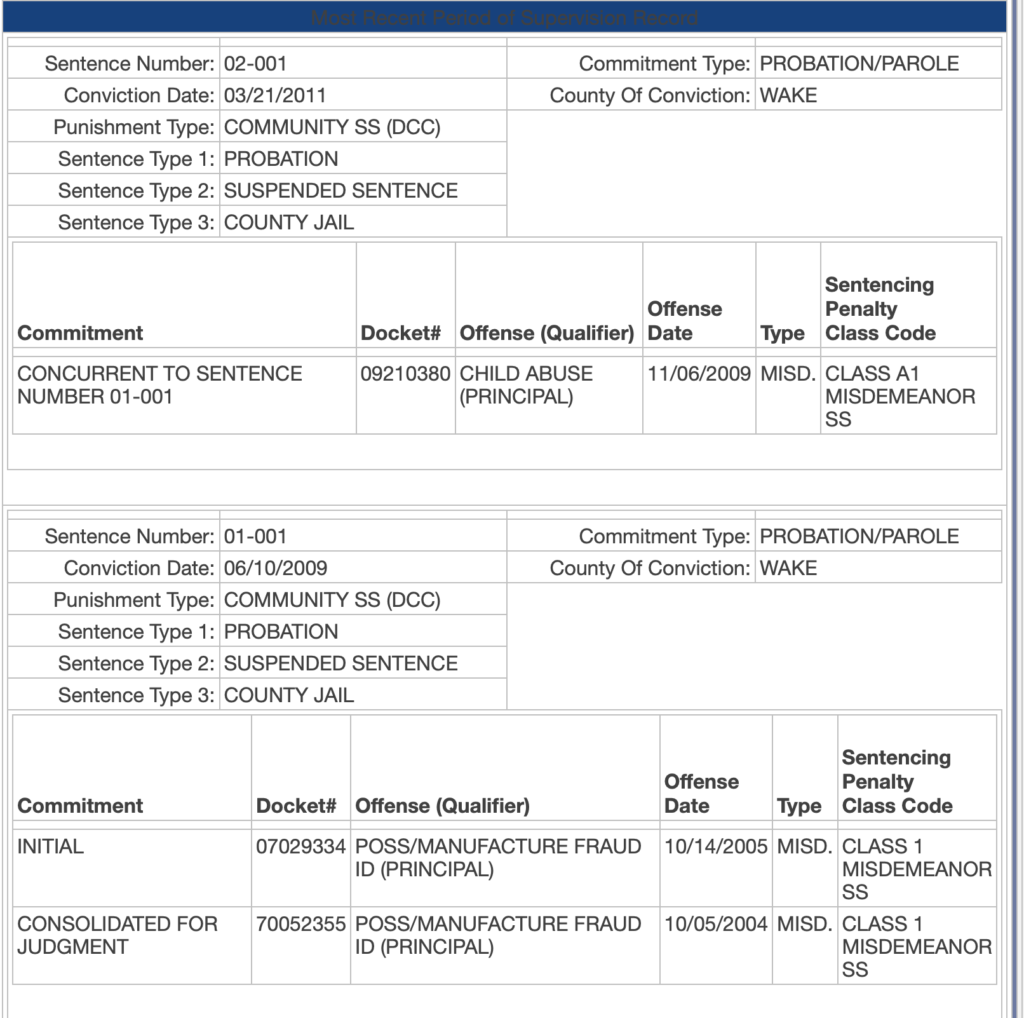 So, it does appear that our *Prophet* has hit a few rough patches on the road to becoming a Prophet celebrity.  Keeping this in mind, let’s see how this prophetic religious leader has lived up to his commitments.

I had such great hopes that he would live up to his commitments which would demonstrate his sacrificial service to King Jesus. Alas, it was not to be.

Since the article posted last year he reached out to me multiple times.  The first time being 3 days after the article posted, where he tried to apologize for what took place and promised to have the loan paid in full by September 30, 2019, which he reneged on.  He did however continue to make the required monthly payments.  On December 13th he called again, this time asking for an additional year to pay the loan.  Here is the jist of how that conversation went:
Eric Okauru: I wanted to inform you that it’s going to take a little bit longer because of so many things going on.  I need about a year please to settle this thing (he was referring to the loan). I want to keep my word and integrity on this one, but just too many things are happening.
Me: You need  a year?
Eric Okauru: Yes, I need at least a year to settle this thing.  I’m going to try to do it before that, but I need a year to try to take care of this.
Me: So within this year will you be making your monthly payments?
Eric Okauru: Oh absolutely!
Me: Ok, I’ll keep you to your word, which will now be December 13, 2020
Eric Okauru: Ok, thank you.
It should be noted, he made this call to me 3 days after he appeared in court on December 10th for his DWI. (ed. note: That is the court date when I was present)

He asked her to remove the post (Yes, the one I wrote which is on MY blog) and is now threatening to sue her as well as threatening not to repay the rest of the loan.

As a person of faith, I am interested in how one who holds the lofty title of *The Prophet* finds Scriptural justification for the following actions.

On Friday January 24th at 10:07 pm I received a call from Eric Okauru asking me to have the article posted on July 24th removed.  I basically said no and asked why.  His response was: 1. because it was not true and 2. it was not serving any purpose for him or for me and he believes the right thing to do was to ask me to remove it.

I said I can’t remove it, and he then clarified if I was stating that I was not going to remove it or if I can’t remove it. I responded that I cannot and I was not even going to try to. It was at this point he stated that he will have to sue me, that he was not threatening me but he’s letting me know because this is something that he thinks I’m wrong about (which is why he called me directly and calmly to have it removed), and when he tells someone he’s going to sue them – he’s going to sue them.  He also stated that he will not be paying anything further (referring to the $50K loan payments) and everything will be settled in court.  I told him do whatever he has to do and I hung up.

Seriously Prophet, (or can I call you Bob?) please check the copyright on The Wartburg Watch. Akia does not own it.  She chose to allow me to post her story. I met with her and asked many questions. I took her to lunch at Winston’s Grille because I wanted her to know that I cared about her. I believed her story. Akia consistency answered my questions and even showed me texts on her phone, all of which appeared to back up her story. In other words, I printed her story because I believed her.

Another one? Do she mean another attack by Satan?

Many things have been said by both him and members of that “cult” as it now appears to me, since that article was posted back in July, to which I have kept silent.  The following post was posted to the pastors/ministers WhatsApp group after the article went up by the “Prophetess” of the church:

What does another one mean?  Seems like this has happened before and it wasn’t the first time the “Prophet” was accused of this type of behavior which obviously the pastors of the church were aware of.

The prophetess must be having a vision of someone else since Akia claims she never called the prophetess to ask for forgiveness.

I was made to understand that during that convention that was referenced in the snapshot, the “Prophetess” stated in a pastoral meeting that after the article was published, I made a call to her crying, asking for forgiveness and begging to be allowed to come back to the church.  This DID NOT HAPPEN, and I wanted to let Eric Okauru know I was aware of the alleged lies that were being told. I did so in a text message to him when his monthly payment was late a few days after that said convention.

Some final points by Dee

In fact, let’s end on those beautiful words. Do these words clearly represent the life and ministry of Bob Eric Okauru?  Time for some self reflection.

Love is patient, love is kind. It does not envy, it does not boast, it is not proud.  It does not dishonor others, it is not self-seeking, it is not easily angered, it keeps no record of wrongs.  Love does not delight in evil but rejoices with the truth. It always protects, always trusts, always hopes, always perseveres.