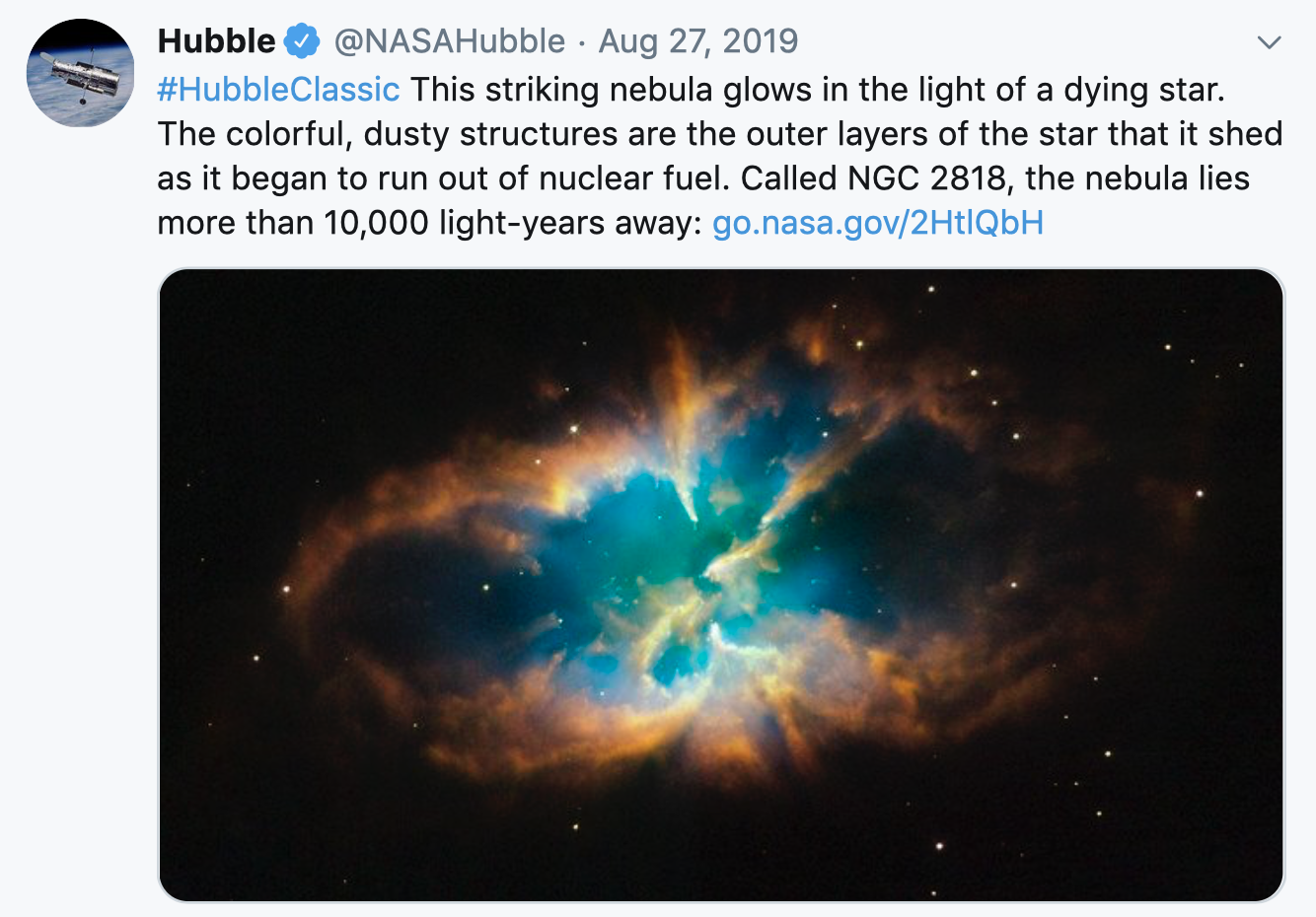 “The worldly man treats certain people kindly because he ‘likes’ them: the Christian, trying to treat every one kindly, finds him liking more and more people as he goes on – including people he could not even have imagined himself liking at the beginning.”  C.S. Lewis, Mere Christianity

It should comes as no surprise that I do not support much in the Biblical counseling movement. I have written a number of articles about my concerns. You can find a summary of some of those posts at the beginning of Another Reason to Avoid Biblical Counseling: Confidentiality Is Not Guaranteed When Sin™ Is Involved.

These posts includes my concerns (and documentation) about poor education for counselors which includes weekend warrior *You, too can be a counselor in just a few weekends because you know the Bible.” Sadly, this training is offered at several of the SBC seminaries and is embraced by John Piper as well as a number of Calvinist churches. My critique includes:

Surprisingly, Christianity Today took a hard look at this movement and offered up some long overdue critiques in When Restoration Hurts subtitled” Christian counselors grapple with how to encourage reconciliation while protecting victims.”

I still remember talking with a mother whose daughter was molested by her husband. As members of a Sovereign Grace Church, they were told how to *biblically* handle the situation. The father claimed he was *sorry* and the family was informed by the pastors that they must now forgive him. The father was allowed to return to the home and the daughter was provided with locks inside of her bedroom to keep the father out. Needless to say, this situation eventually led to divorce as well it should.

Reconciling with an abuser: A Biblical counseling center say that they have the biblical principles regarding reunification but it’s up to the family to decide whether or not to listen to them.

CT was able to identify a counseling center which:

Sadly, this father went on to molest her other two sisters.

This was an ACBC Counseling center. Thankfully, Amanda has filed a complaint but I sincerely do not believe that this group will respond to it. In fact they told her not to talk about their counseling! Ooooo, this will turn out well.

Here is a link to the ACBC (Association of Certified Biblical Counselors. This sounds really good, doesn’t it. Except it is a snap to get certified. Here is a link to a post I wrote on the issue: Biblical Counseling Training: Inadequate Education, Problematic Resources and Questionably Educated Leaders.You, too, can be a counselor and it is not difficult.

According to ACBC, it’s not their fault for giving you all the Biblical principles. it’s yours for listening to them Do you see how this is worded in the CT article?

“We can guide people using biblical principles, but ultimately others are making the final decision about reunification.”

They, of course, are using Biblical principles but it is up to you to decide if you want to do what they advise yo to do. In other words, they are biblical and you are not.

The ACBC approach to counseling is popular in conservative Reformed circles and Christian psychologists are to be feared.

In fact, Southern Baptist Theological Seminary (Al Mohler), Masters Seminary (John MacArthur), John Piper and James MacDonald all promote this type of counseling. SBTS takes such a rabid view of the biblical nature of ACBC’s approach that they fired their only psychology professor, Eric Johnson

Eric Johnson was the only psychology professor at SBTS until 2017, when he left the seminary due to incompatibilities with biblical counseling faculty.

Johnson has gone of to form a new institute at Houston Baptist University.

he feels it’s possible to build a better psychology on a historical Christian philosophy rather than add religion into mainstream psychology.

In fact, ACBC appears hell bent in getting abusers back into the home environment in spite of the fact that pedophilia and domestic violence is often a sign of a profound psychiatric condition.

Read their words. In this instance, it startled me to see that their goal is to get abuser back into the home but may not *always.* This says to me “plan to get most of them back in the home.*

Dale Johnson, executive director of the ACBC, told CT that restoration doesn’t look the same in all cases and that counselors recognize an abuser may not always be able to move back in.

In fact, so long as they mouth their repentance, it must be accepted as the gospel truth. No deceit is considered. It’s just a  *come to Jesus* moment. And you better not bring their past indiscretions up to them again.

In a session during its 2018 abuse counseling training conference, Zondra Scott distributed a handout with a definition of forgiveness. It noted, quoting her husband Stuart Scott, a professor of counseling at SBTS, that once someone has fully repented of the sin and asked for forgiveness, forgiveness is “the full restoration of a sinning brother who is now repentant.” The promise of forgiveness was also defined as promising to “not hold this offense in my heart,” to “not spread this around to others,” and “to not bring this up against you again.”

Heath Lambert doesn’t want abusers to think that he is against them.

I guess this means he’s for them.

However, his approach to the abuser seeks to provide equal care with the goal of “restoration, not stigmatization.” Lambert makes the case that “we never want abusers to sense that we are against them” and that “the goal in ministry to an abuser—as long as he will receive such ministry—is to see him be restored to his family, and ultimately to Christ.” Lambert advocates for a “fierce willingness to protect the abused. Yet this need must not be placed at odds with ministry to the husband.”

Victims say their safety is compromised because ACBC counselors assume they know they heart of an abuser.

I believe that this tendency is due to poor education and an arrogant approach to theology.

But the survivors CT talked to saw it differently. When the same counselors were juggling ministry to both survivors and abusers, the victims felt their safety was compromised. While the ACBC emphasizes that restoration should only happen after genuine change and repentance, several victims pointed out the difficulty of knowing when real change has happened, and that it was prideful for their counselors to assume they knew the hearts of their abusers.

In this paradigm, women are blamed for their abuse while the actions of the abuser are minimized. Sadly, women are seen an instigators.

Just last year, Steven Sandage, a professor of psychology at Boston University and a licensed therapist, co-authored a study with Bethel Seminary professor Peter Jankowski that examined connections between theological views and attitudes toward domestic violence. They surveyed more than 200 Bethel students and found that where students held Calvinist views and adhered to gender complementarianism, there was a strong correlation with believing “domestic violence myths.”

Did you know that John Calvin felt women should stay in abusive homes, patiently putting up with the cross that Jesus gave them to bear? Boston University published Does God Ordain Domestic Violence?: STH’s Steven Sandage studies religious “myths” that justify abuse of women.

Calvin specifically suggested that the Almighty programmed humanity for spouse battering, writing that a wife must “bear with patience the cross which God has seen fit to place upon her.” He taught, Sandage says, that wives “were not allowed to leave their husbands when beaten.”

…Sandage summarizes the upshot of his research: “Many Christian theologies emphasize the possibility of finding meaning in suffering, but the New Calvinism seems to promote a rather stoic and un-empathic attitude that valorizes suffering, particularly among women.… Calvinist beliefs were related to higher levels of domestic violence myth acceptance and lower levels of social justice commitment.”

…He doesn’t contend that all people embracing Calvinism endorse domestic violence myths: “There are many contemporary Calvinists who hold progressive views of gender and other social issues. But our research does offer some data suggesting the ‘New Calvinism’ that combines Calvinistic beliefs and very conservative, binary views of gender may be a kind of theological risk factor for the acceptance of domestic violence myths and other socially regressive attitudes.”

Indeed, evangelical seminary students who believe that humans have some free will “do not show this pattern,” he says.

Read these words: Reconciliation should not be the first thing tho shoot for says Chris Moles, an ACBC counselor who hastens to add that he doesn’t speak for ACBC as a whole.

Did you notice that he emphasizes that he does not speak for ACBC as a whole? Why is that? Is he actually confirming that ACBC does emphasize reconciliation over safety? Sounds like it to me.

Chris Moles says he doesn’t speak for ACBC as a whole, he recognizes harmful ways some victims have been counseled by Christians. Counselors are aiming for the wrong target when their primary goal is reconciliation in abuse situations. “Safety,” he told CT, “is the first goal.”

However, some Calvinists are coming around to the need to reevaluate their paradigm when it comes to victims of abuse.

The woman who started this story ends the story on a positive note.

Years after Amanda’s abuse, a new pastor who identified with the Calvinist tradition came to her church and was crucial in helping her take important steps toward healing as an adult. She reported her abuse to police in 2008, although she said the investigation was short-lived because neither her family nor their counselors would talk to the police.

…Amanda feels the new pastor helped “rescue” her. His theological framework for acknowledging evil and God’s sovereignty, and his support for church discipline of wrongdoers, informed how he helped. Rightly understood, Amanda says, these doctrines can bring comfort to survivors.

Reporting abuse to the police: a need for action by pastors to come alongside victims and help them to report to the police, even if decades have passed.

I believe that the lack of pastoral intervention in supporting victims of sexual abuse has led to another problem. It is well known that within the SBC, sex abuse was dealt with by coverup. Within the week, I will be writing another story of a sex abuse situation in an SBC church which has flown under the radar. In this story, the family did go to the police, much to the chagrin of the church.

In this article in CT, Amanda did not report her abuse to police until 2008, ostensibly when this new pastor came aboard and encouraged her to do so.

I am concerned that there is still a bias amongst certain elements in the SBC to not encourage victims to report their abuse to the police. There is the excuse that it is outside the statute of limitations or that such a report might bring pain to the family of the abuser or it was just so long ago.

I’ve recently been made aware of an abuser who molested a boy 20 years ago. He is still at large, attending various SBC churches. Abusers do not simply stop abusing. Many have a diagnosed paraphilia which means they will struggle with their compulsions for the rest of their lives. It is a profound psychiatric dysfunction. This means that the abuser is most likely still molesting little boys.

Even if an abuser has died, coming forward with his name will encourage others who have been abused by this person to do the same. Please do not get involved in a conspiracy of silence.