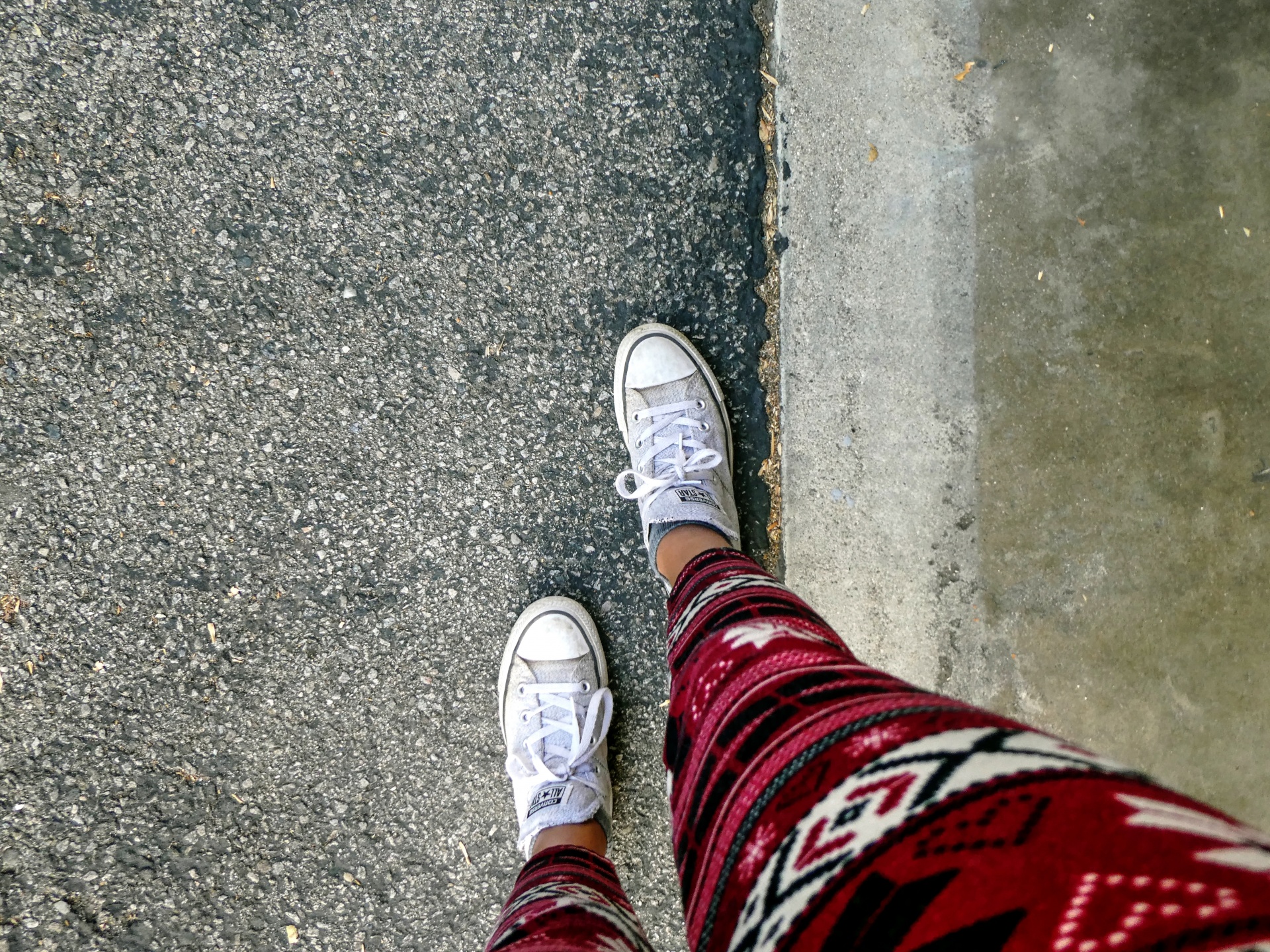 “Borrowed thoughts, like borrowed money, only show the poverty of the borrower.” – Lady Marguerite Blessington, Countess of Blessington

Partridge dresses the part of an *influencer.* Perhaps that is because he started a well known company, Sevenly, which, according to RNS, “claimed” to donate lots of money to charity. Here is a link to the page of the company’s chosen causes. He apparently was good with pithy phrases which you can see on that page. 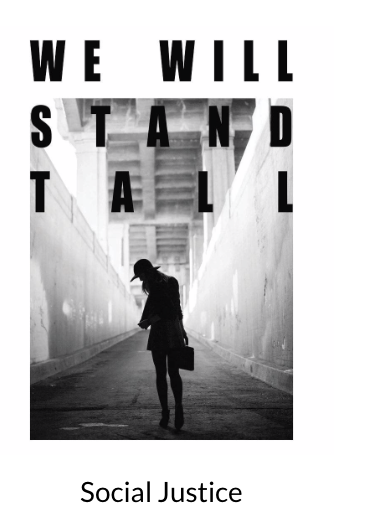 Suddenly, in 2014 Partridge quit Sevenly. I was unable to find an exact reason for this but one of the articles pointed to his book, Saved From Success written in 2018. He was also known for his TEDx Talks. How to Value People Over Profits | Dale Partridge | TEDxBend is embedded here. He’s good speaker.

However, the right look, the Christian lingo and the ability to speak does not guarantee we are seeing the real deal.

I have a funny story to share. According to Medium:

He then started a tech incubator called Startup Camp with former Road Rules cast member Chris Graebe. They claimed to help give “entrepreneurs the fastest and easiest way to build a business from scratch (StartupCamp.com)” and hosted a few events. As of now, the company appears open and both Chris and Dale claim to still be a part but Chris lives in Tennessee, Dale makes no mention of the work, and the website shows all courses are closed.

So, I went to the website and called the number printed there. I explained to the person who answered the phone thatI was a writing a story on Dale Partridge and I wanted to see if Startup Camp was still functioning. The person said, “Who?” I repeated Dale Partridge’s name and repeated the name of Startup Camp.

The person said “Oooooh, you want Startup Camp” and said I would be transferred. As you might guess, my call was never answered. If Partridge is still involved, the guy answering the phones doesn’t seem to know him.

Partridge then morphed into a church reformer to show us all how to do church *the right way.*

Medium had this to say about Partridge’s Tedx Talks.

You can see his TedX and countless other videos about how to develop a following. He even gave a talk called “The 3 Secrets to Creating a Cult-Like Following”

Unfortunately that talk appears to be unavailable. This worries me. Is Partridge reforming the church or merely showing others how to gain massive number of followers. I tried to hunt it down myself. Partridge touts it on this site:

Whyology: The 3 Secrets to Creating a Cult-Like Following… and a Brand that Won’t Be Forgotten

Just what the church in America needs-another pastor with a brand identification and a cult like following…Can I get an Amen?

House Churches are his solution for the biblical expression of Christianity.

A guy who jumps from *thing* to *thing* and then ends up deciding that he is now going to reform the church is someone who should be watched very, very carefully. Thankfully he has been.

It takes a lot off hubris to claim that one holds the key to the problem of church in America. In fact he offers nothing new. He just makes it sound really good on his website Relearn Church.

Let’s read his startling revelations. This is a man who doesn’t know what he doesn’t know. He’s going back to the 1st Century church because they did it right. But didn’t all those Epistles point out the problems in those early churches? If only they had Dale.

…We’re actually calling Christians to look back even further—to the New Testament, 1st Century Church and to the instructions for Christian gathering found in the Holy Scriptures.

…We believe homes offer the best environment for a church gathering.

…We believe a flourishing church gathering generally consists of 5-12 families and/or singles.(Ed: It’s scientific, you know.)

According to Religion News Services:

To fill that need, Partridge has begun to advocate for house churches — small, autonomous congregations that meet in homes. He calls this approach “biblical church,” which he outlines on his podcast, on the Relearn Church website and in his new book, “Real Christianity,” which was No. 1 in new releases under “Christianity” on Amazon.com in early January.

Relearn Church, described until recently on its website as “a global church planting ministry,” works with a handful of house churches in the U.S. and overseas that have a similar approach to ministry, according to Partridge. Until recently the site for the nonprofit  — which was incorporated in 2017, according to tax documents — also listed a group of team members who contributed to the site.

But after RNS recently emailed contributors listed on the website, asking for details, the names disappeared.

Dale studied biblical theology at Western Theological Seminary and now serves a network of house churches in the Pacific Northwest. At the core, Dale’s mission is to bring the church back to the Bible. Together, they live with their children on a small farm in Bend, Oregon.

If you note, it does not say if he has graduated from Western Theological Seminary. I am also having trouble tracking down this plethora of house churches he is serving.

Here is the heart of the matter. This guy has jumped from *thing* to *thing* and presents himself as an out of the box thinker and entrepreneur. According to Religion News Services:

Heidi Campbell, professor of communication at Texas A&M University, said Partridge is one of a new kind of emerging “religious digital creatives.”

One thing is certain, he is definitely using the creativity of others. Both Medium and Religion News Services have documented many instances of plagiarism. I was sent a number of these examples as well. let me point out a number of interesting details. 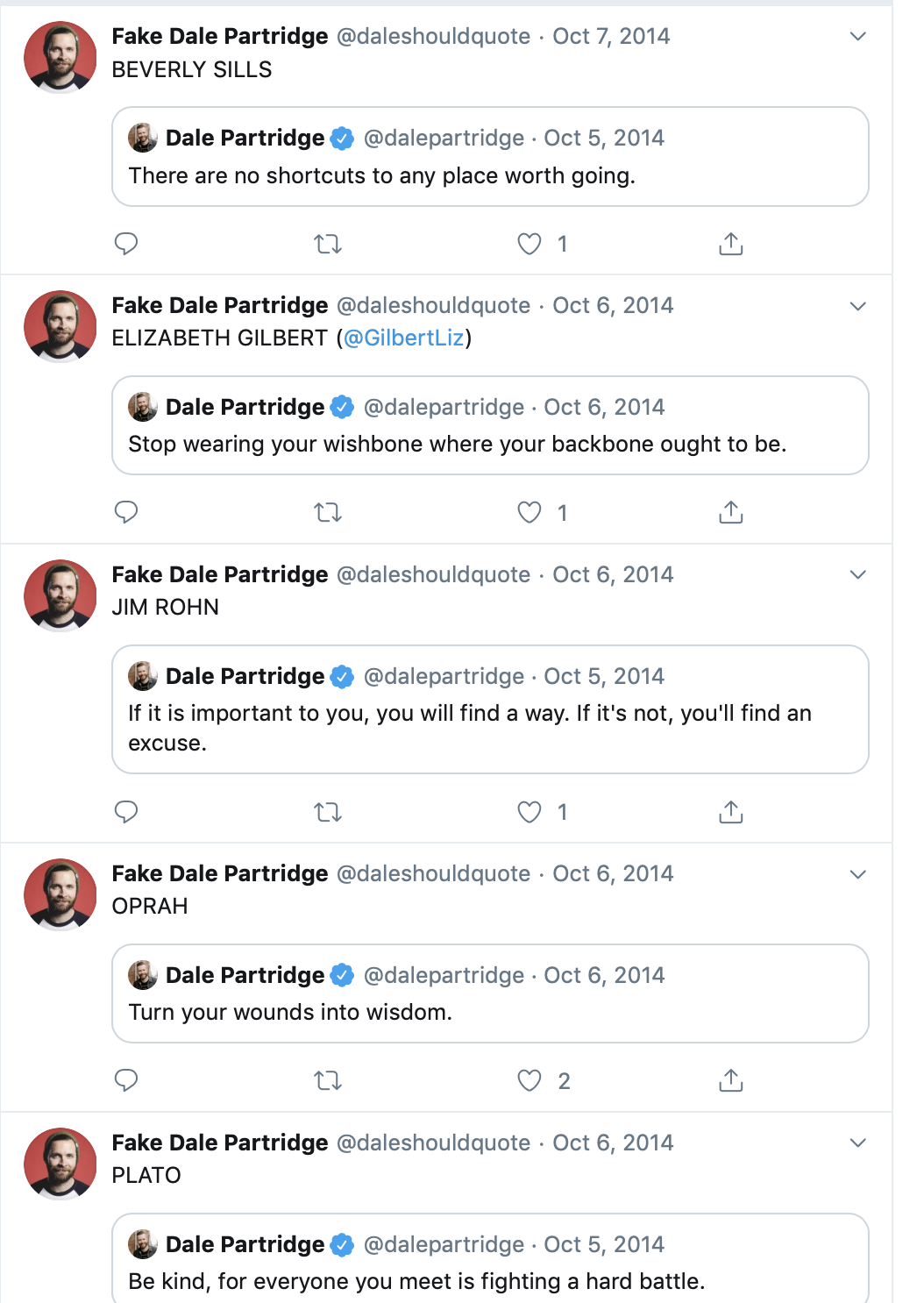 Apparently. Partridge has plagiarized the words from many sources. Here is a partial list. You can find these examples well outlined in the Medium article.

Partridge not only plagiarized quotes from writers but appears to claim their artwork.

You will see a number of examples on medium and Religion News Services. Here are two photos sent to me by one of the advocates in Oregon.

Lee Jeffries is incredible photographer. Please go to the link to see his work in Time Magazine’s Portraits of the Homeless by Lee Jeffries. 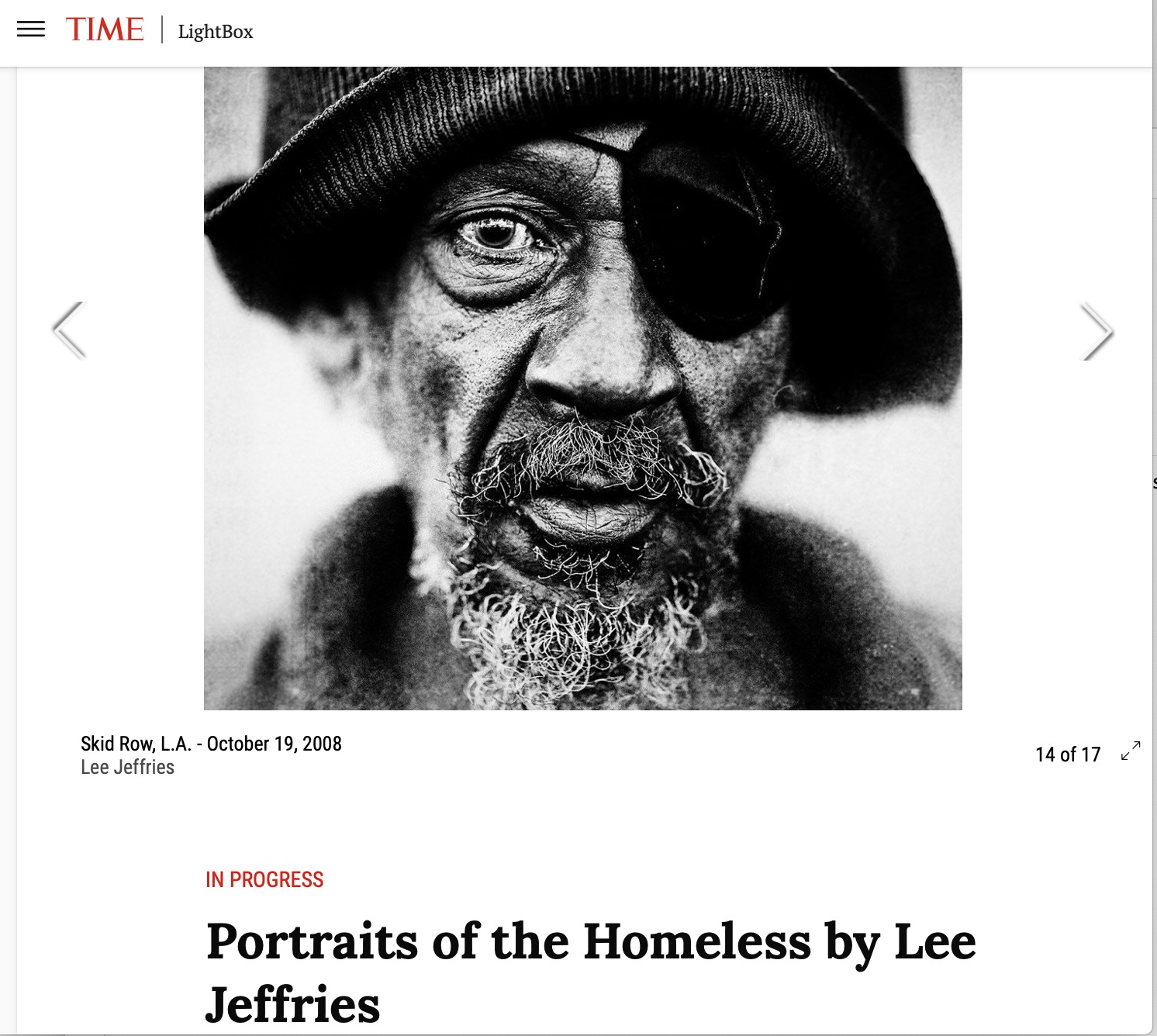 It appears the Dale Partridge appropriated this artist’s photography. Notice the name on the side of the photo. 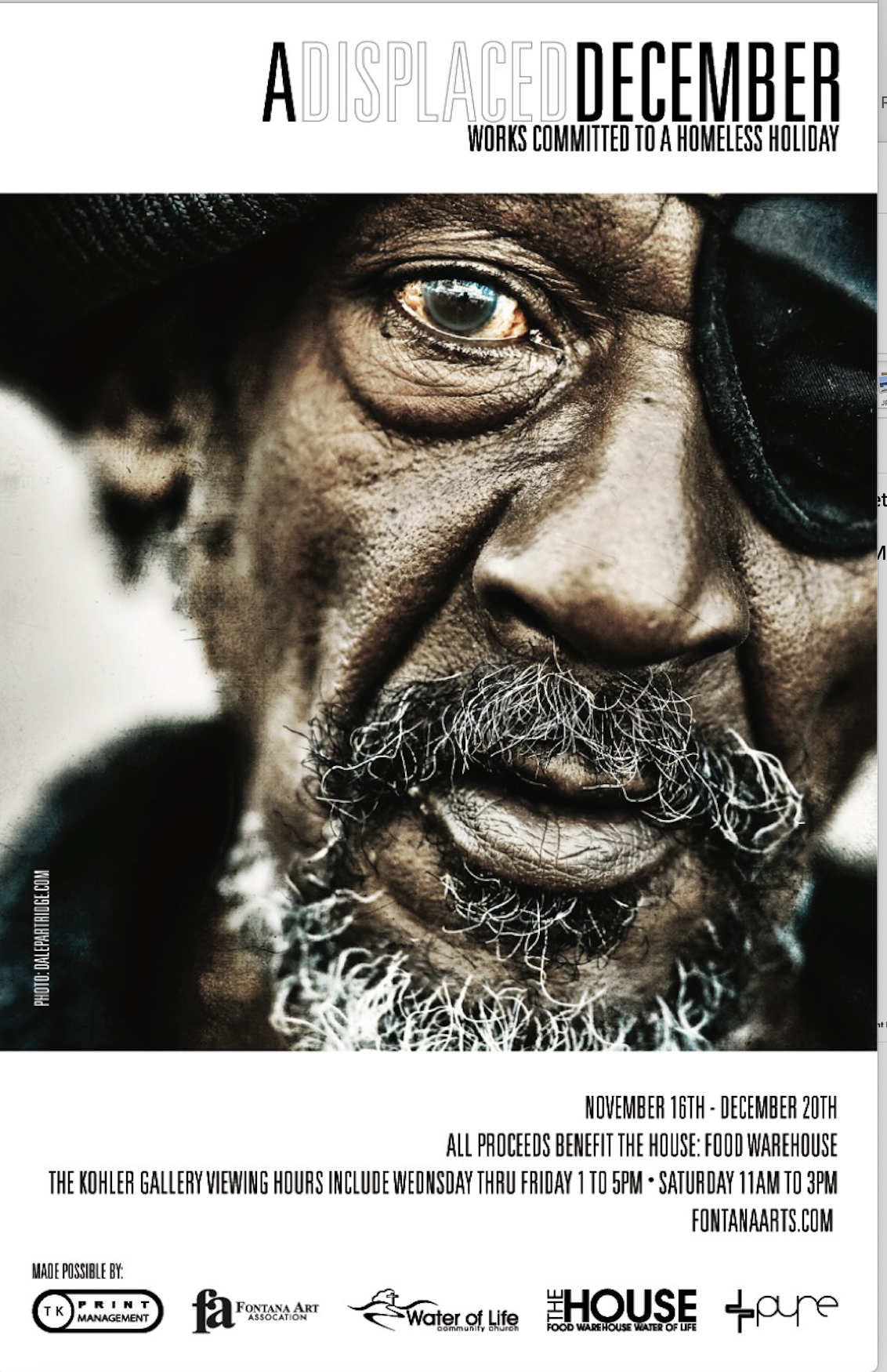 Please consult both of those well written articles at Medium and Religion News Services.

Dale Partridge and the problem with lustful leggings

Let’s end this on a laughable note. Here is a link to a post on Jezebel exploring the problem with demon leggings titled: Christian Blogger Declares Leggings “Lustful.” .

Christian blogger and Oregon mom, Veronica Partridge, took her struggle over whether or not to wear leggings to the internet. Partridge’s love of leggings was weighing “heavy on my heart,” she wrote on her self-named blog. So the blogger asked her husband, motivational speaker Dale Partridge, his thoughts on leggings. According to Partridge her husband said, “When I walk into a place and there are women wearing yoga pants everywhere, it’s hard to not look. I don’t, but it’s not easy.”

Women, you are to blame for the lust of Dale Partridge and men everywhere when you wear those demon leggings.

Partridge reasoned that if her husband, a man who “loves, honors and respects” her, finds it hard to “keep his eyes focused ahead” then perhaps it is even harder for a man with less “self-control.”

Maybe this tell us all that we really need to know about the ultimate marriage advice by Mr and Mrs Dale Partridge.

And can someone tell me exactly what constitutes a religious digital creative?