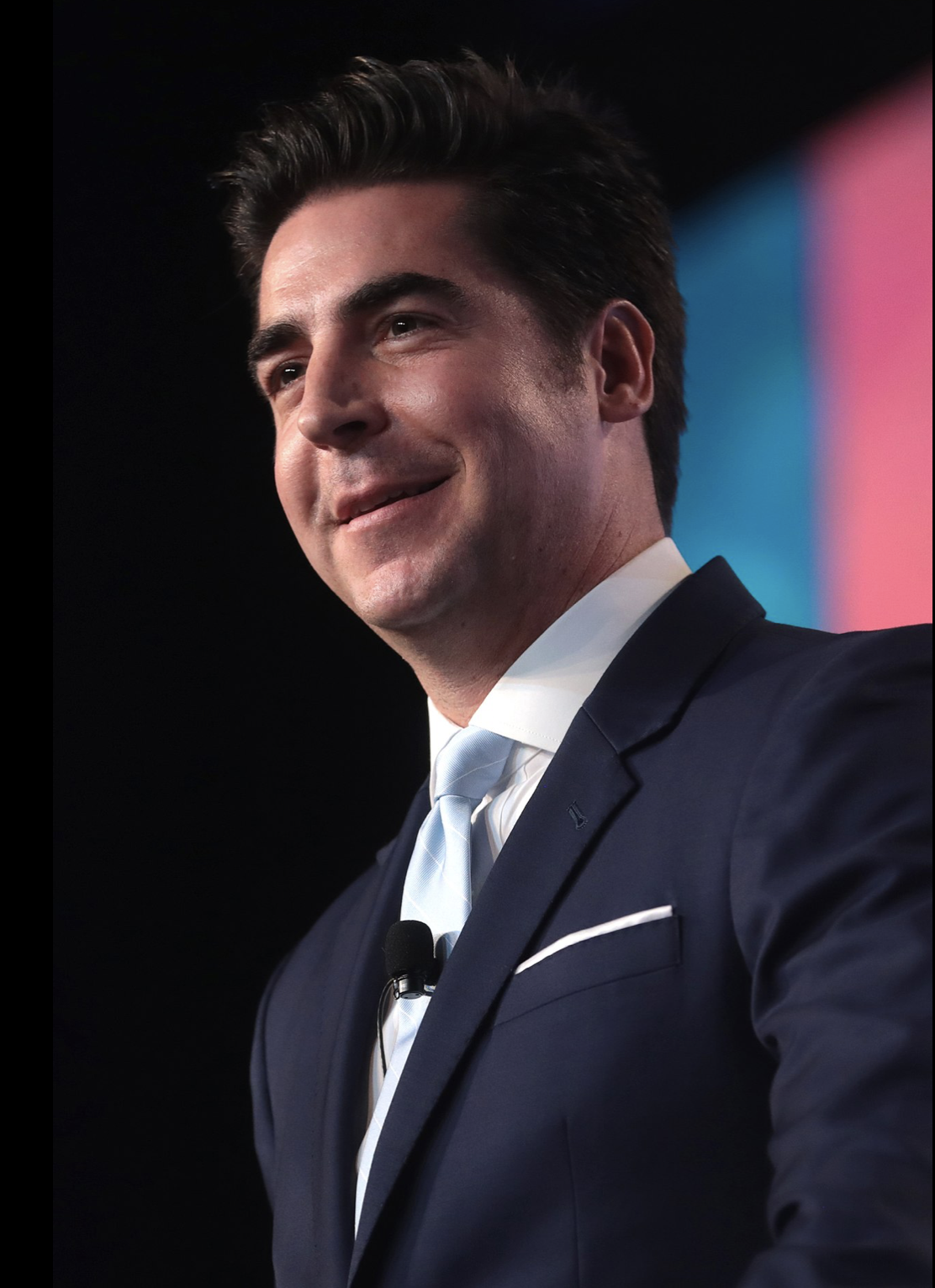 “I wouldn’t say I invented tacky, but I definitely brought it to its present high popularity.” – Bette Midler

Why do Christian news organizations often use the word “affair* to describe what pastors do when they have sexual encounters with church members and staff?

What is an affair?

For purposes of this post, I want to focus on the sexual aspect of this word. Yes, I know emotional affairs exist and I agree that they can be damaging. However, I want to prove that sometimes, that which media calls *affairs,* are not really affairs after all but are clergy abuse. Unless the media has proof it was a simple affair, they must stop making a judgment on the relationship in this fashion. Words matter and misapplication can cause a victim to feel further abused.

a romantic or passionate attachment typically of limited duration

It defines a love affair as:

a romantic attachment or episode between lovers

The term “between lovers” implies a mutual relationship. Synonyms for the word *mutual* are bilateral and reciprocal.

Many women who were molested by Harvey Weinstein had come to him for career advice or even to apply for a job. Weinstein, sensing his power in this dynamic, appeared to use it to sexually molest people who were in a subordinate position.

This is an old, old story: the boss expecting his subordinates to give him sexual favors. Matt Lauer, Bill O”Reilly, Roger Ailes, Kevin Spacey, and the list goes on and one. One is the famous person who could make things happen and the other was the subordinate person who had no power to make anything happen. These relationships are rarely consensual. And, in today’s environment, there is only one way to possibly prove it is consensual but more on that in a moment.

Recently, #metoo and #churchtoo have well demonstrated the point that that many sexual relationships are neither mutual or reciprocal. They can be coercive and in many circumstances the woman(or man) has sought friendship or counsel from their pastor. A pastor’s role in relationships is akin to secular counselors with the faith dynamic shoved into the mix to further confuse the matter.

Being molested by a pastor or  church leaders often leads to a different outcome in the life of the victim than a typical boss/employee abuse. There is a profound faith dynamic here. No matter what some would have us believe, there is often the loss or diminishment of faith on the part of the victim. I am quite concerned that this dynamic is not being carefully spelled out by Christian leaders who claim to be *woke* when it comes to abuse.

People come to their pastor, hoping to get counsel for their issues. They are usually in a vulnerable state of mind, experiencing pain or trials in their life. They view the pastor as the person who will *have the answers.* Often times, if the pastor is clever (many predators are smart) or thought of as a hero to their congregation (a very bad thing, by the way), he can use his position to slowly groom a victim who will fulfill his wish for a sexual encounter. He is not a pastor. He is an abuser, a predator, a wolf.

Why in the world will the licensed secular counselor organizations remove a license of a a counselor for having sex with their client and even press charges (jail terms are involved) and churches, which are supposed to be following the One who is the Truth, do not? Churches often take the words *forgiveness* and *grace* and use them as bludgeons to force people to accept their sins and abuse as simple *mistakes.* This is evil incarnate in the body of a pastor.

I am shocked at the number of people who write me and say that a pastor having sex with a member/employee is a simple mistake as opposed to a grievous sin.They pull the *David was forgiven* card without contextualizing the situation. I believe that David molested Bathsheba. Had he been a priest in the Temple, he would have lost his job. However, David was not a religious leader but a political leader, albeit picked by God.

Remember when God told the people that they would not like having a king? I go apoplectic when people use David as an example for allowing their fallen pastor to return to the pulpit. Study your Bibles, folks, and look to our political landscape to see presidents and legislative leaders who have crappy morals and still remain in power.

How to prove a consensual relationship ala Jesse Watters.

One of the frequent comments I get when a pastor falls is “The woman wanted it.” Tullian Tchividjian claims that all of the women wanted it. Therefore, it wasn’t abuse abut a consensual relationship and he can still be a pastor. TT actually gets it. He knows that if it is abuse, he should not be in the pulpit.

I am not defending tacky Jesse Watters. I think he’s a jerk for dumping his lovely wife and sweet twins for a sleazy 20 something who is 14 years younger than he is. His affair is so typical as to be nausea inducing. He is marrying a woman who thought it was cool to get him to leave his wife and kids for her. He leaves his wife for the sleazy 20 something.They deserve each other.

But, it was a consensual relationship as far as I know because of the steps this seedy couple took to insure that old Jesse wouldn’t be another abuser kicked off the air at Fox.

By the way, this is not a Fox bash.You do remember Matt Lauer of NBC; Les Moonves of CBS; I am not making a political statement regarding Fox News or any other organization or candidate. Read this NYT article which lists a boatload of creeps. After Weinstein: 71 Men Accused of Sexual Misconduct and Their Fall From Power

So back to how Jesse and Emma proved it was consensual. Fox News host Jesse Watters to divorce after cheating on wife with 25-year-old employee

DiGiovine was transferred to “The Ingraham Angle.”

“Within 24 hours of Jesse Watters voluntarily reporting to the Chief of Human Resources in November 2017 that he was in a consensual relationship with a woman on his staff, management met with both parties and a decision was made for the woman to be transferred to work on another program on the network where she currently remains,” the spokesperson said.

Let’s go through the steps:

They have since announced their engagement. Taking bets on the longevity of this one… 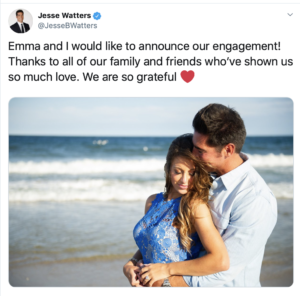 So what’s a pastor to do?

It is patently obvious that a pastor should be treated in the same way as licensed counselors and school teachers are treated. They should be fired from their position and have their *license to preach* removed. Sadly, there is not a professional licensing agency for pastors. So, instead, we get pastors who poorly poorly train their sheep by playing games with the Bible.

For now, if a pastor wants to prove he is in a consensual relationship outside of marriage, I think he and his paramour should find separate lawyers and have them draw up papers to prove that theirs is a consensual, albeit unbiblical, relationship.

It is rather amusing to think about it. The only way he can prove it is consensual is to admit it and get legal papers drawn up. But, if he does that, he loses his job. He shouldn’t worry, though.  He can play Tullian Tchividjian’s game, preaching cheap grace and forgiveness and find a bunch of people who haven’t really read their Bibles.

In the meantime, I suggest that all media stop calling these affairs (You, too, Christian Post) unless they have proof that it is simply that-a mutual, consensual affair.