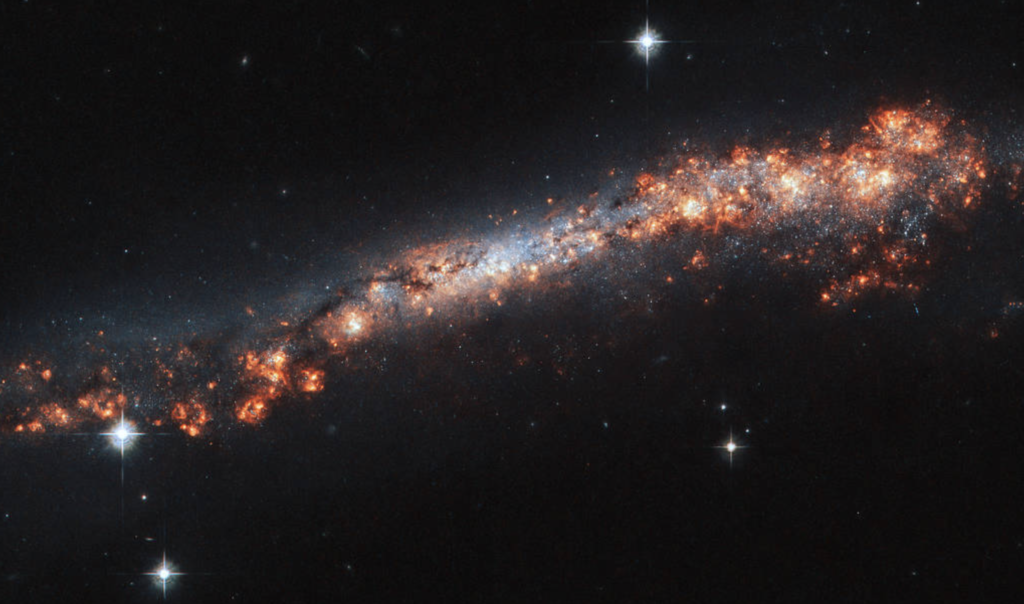 Believe it or not, this long, luminous streak, speckled with bright blisters and pockets of material, is a spiral galaxy like our Milky Way. But how could that be?

It turns out that we see this galaxy, named NGC 3432, oriented directly edge-on to us from our vantage point here on Earth. The galaxy’s spiral arms and bright core are hidden, and we instead see the thin strip of its very outer reaches. Dark bands of cosmic dust, patches of varying brightness and pink regions of star formation help with making out the true shape of NGC 3432 — but it’s still somewhat of a challenge!

“The Internet has given us 10 or 15 new styles of communication: long messages like blogging, and then short messages like texting and tweeting. I see it all as part of an expanding array of linguistic possibilities.” David Crystal

Recently on Twitter, I expressed that we need about 30 more bloggers who deal with the same issues that I deal with here. Elastigirl and Ryan Ashton have both suggested that we put together some sort of cooperative effort.

I cannot cover everything that is presented to me. Yet, this means some stories are not being told to a wider audience. I also feel an obligation to be available to victims whose stories I’ve told her. I’m sure some of them are not happy with me.

Can we talk about this as a community? I believe there are some folks here who could be doing what I do. I am so excited that Anna Keith has started her blog noedenelsewhere.

I have been delighted to share information with her and I hope to do some collaborative things with her in the future.

So, here are my thoughts to get the discussion going.

This is just to get us started. I look forward to your thoughts.