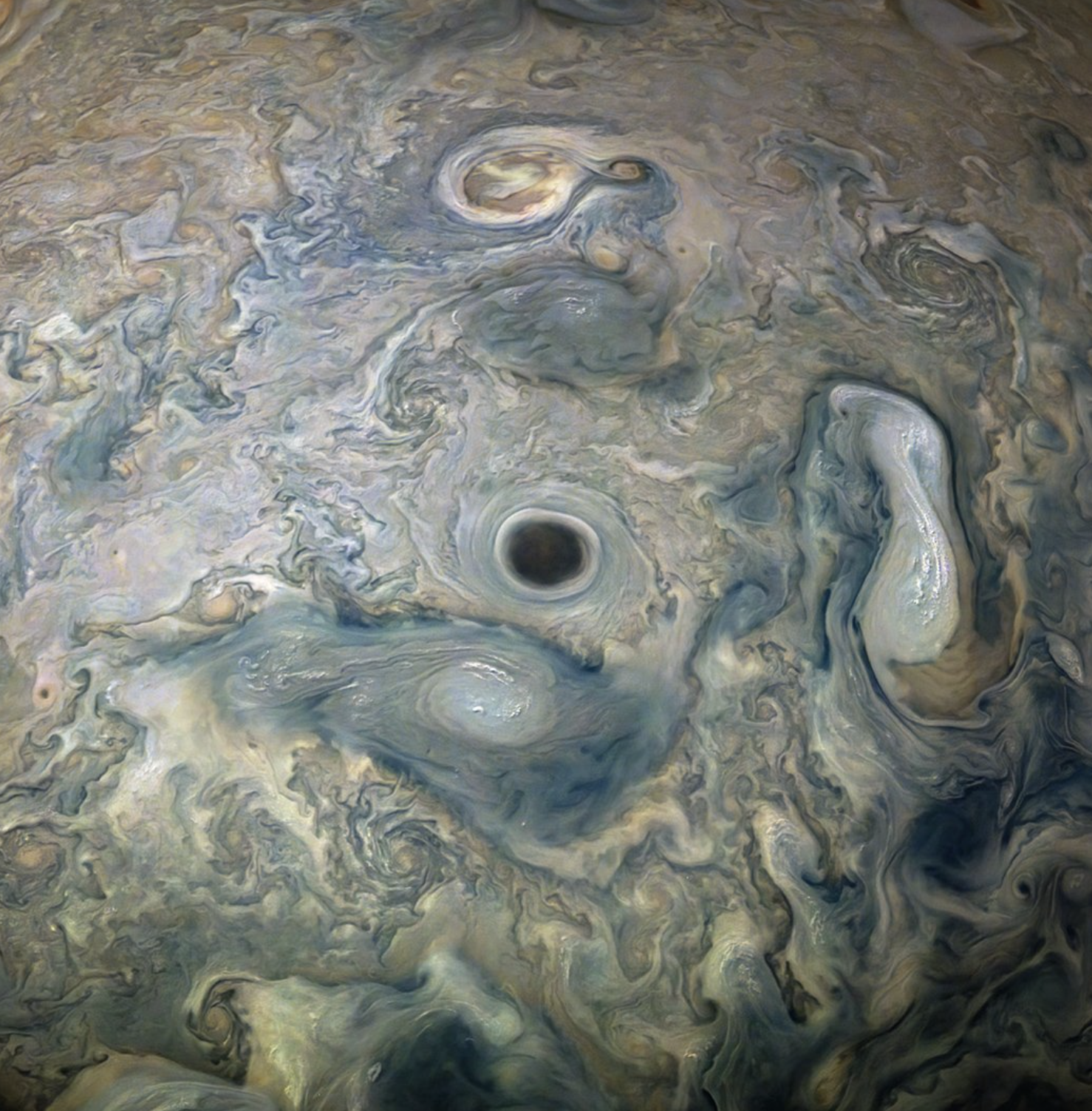 If anyone causes one of these little ones–those who believe in me–to stumble, it would be better for them to have a large millstone hung around their neck and to be drowned in the depths of the sea. Matthew 18:6 NIV

Debbie McNulty, from Wednesday’s post, has a blog called Surviving Church and Childhood. She’s written a number of stories on the abuse of others as well as covering topics related to her abuse as a child. I highly recommend putting it on your short list.

Also, today I left a voice message for Pastor John Grant. I told him that I was writing stories of women who were molested in his church as children and teens. I offered to post a statement from him and left my contact information. I explained that I would be writing stories next week as well so that he has plenty of time to respond if he so desires.

Today I’m telling Rebecca’s story.  I will be quoting from Debbie’s blog as well as Rebecca’s correspondence with me. Debbie quoted Rebecca’s words in A Second Victim Steps Forward – Rebecca’s Story

So, when I quote from Debbie’s blog, you will be reading Rebeccas words.

Also, for the time being, we will not be naming the pedophile due to an ongoing investigation.

Insulation and isolation: Rebecca’s family joined Calvary Gospel Church, WI, when she was in 3rd grade and enrolled her in the school for 4th grade.

On Debbie’s website, Rachel reported that, upon joining the church, her entire childhood was enveloped by this insulated community. She recognizes that this isolation made the kids easy marks for abusers.

My parents joined Calvary Gospel United Pentecostal Church when I was in the 3rd grade. Soon after my sister and I were enrolled in the church’s school. My childhood was completely enveloped by the UPC. Parents were expected to take a backseat roll in favor of teaching whatever the church dictated. My parents questioned nothing, and allowed everything, as long as it was within the church’s walls.

Needless to say, we were easy targets for anyone wanting to take advantage of vulnerable kids. If we questioned anything or any of the leaders, we were disciplined and labeled rebellious. Calvary Gospel is a tight-knit community, where any independent thought is quashed and shunning is commonplace, it can be frightening to show any independence. I witnessed parents who disowned children and teenagers forced to make public apologies in front of the congregation. It was built into all of us if the “man of god” said it, it was unquestionably true.

This is most likely a pedophile situation.

Rebecca met the man who would molest her in her Sunday school class. She was 10 years old and he was 27 years old. He began grooming her quickly.

What is pedophilia and why is it a serious psychiatric disorders. Wikipedia gives a definition:

Pedophilia (alternatively spelt paedophilia) is a psychiatric disorder in which an adult or older adolescent experiences a primary or exclusive sexual attraction to prepubescent children.[1][2] Although girls typically begin the process of puberty at age 10 or 11, and boys at age 11 or 12,[3] criteria for pedophilia extend the cut-off point for prepubescence to age 13.[4] A person must be at least 16 years old, and at least five years older than the prepubescent child, for the attraction to be diagnosed as pedophilia.[4][5]

It is important to understand the problems surrounding pedophilia so one can understand the serious errors that this church made when confronted about Rebecca’s situation. The Harvard Mental Health Letter featured an article called Pessimism about Pedophilia.

From Debbie’s website we can clearly see the grooming tactics used to gain her affection and attention. I am stunned that no one in the church noticed or cared to comment on the behavior of this youth leadership.

Everyone knew he favored me and teased me about him constantly. I was called his “little girlfriend”. He would give me rides, leave notes in my school desk, show up at my house or my friend’s houses if he knew I was there, he came to every youth function, every service, everywhere I was.

When she turned 12, his pursuit of his *little girlfriend* began to escalate. He wouldn’t leave her alone.

It was the month I turned 12 (July 1988) that he first made inappropriate physical contact with me. We were at Great America in Illinois for a friend’s birthday party, and he was a “chaperone”. He started by standing behind me and wrapping his arms around my waist, kissing my neck, and holding my hand while we walked around. He rode with me on a few rides and would have me lean on him while his arms were around me, etc.

These behaviors continued, and since our lives completely revolved around the church, and we went to school and youth groups there, we literally were in the church building more than home, he had very easy access to me. He would show up while I was in school, he became a youth leader, would show up at my house or my friend’s houses, eventually even coming to where I worked. He would take me out to eat, buy me clothing, etc. He would be everywhere I was, and even started hanging out at my house multiple times a week. I felt he was everywhere I was, and I could never get away from him.

The pastor and her parents were told of this behavior and they failed to protect her. In fact, as you will see, they appear to condone the relationship.

She was told by the pastor that she would ruin her molester’s life, make the church look bad, and cause people not to *come to Jesus* if she stuck to her story. In the aftermath,  even her parents refused to discuss this with her.

When I was 12 or 13, (88-89) I wrote some letters to a girl I had met that attended a different UPC church, and her older sister attended mine. I told her some things that he was doing with me. Her older sister saw the letters and gave them to my then pastor, John Grant. Before I knew he had them, my perpetrator found me in the church parking lot and pushed me up against a car, telling me I needed to lie or I’d ruin his life. I knew then that he had found out I wrote the letters.

My parents never discussed these letters with me, or acknowledged them in any way.

Graphic/Trigger Warning: Sexual activity commenced. Her mother took her to get birth control

I was 14 (1990) when we first had actual penile-vaginal contact. Previous to this, he would put his fingers inside me, have me rub on him, rub his penis on top of me, have me give him “hand-jobs”, open-mouth kissing, etc. He was 31 when I was 14.

I was 15 when I took my first pregnancy test. He took me to his work after hours, and I used the bathroom there. Shortly after my mom took me to the doctor and I was started on birth control. My mom was NOT in the appointment, but I did tell her that I was prescribed birth control as she had to pick it up at the pharmacy for me.

Rebecca believed that he had done this with other girls, as well. Yet her parents and pastor appeared to encourage this relationship!

I guess they wanted her to marry a *minister.* From Rebecca and Debbie:

What I find exceptionally frustrating, is my perpetrator had a history of inappropriate contacts with other underage girls, and had previously gotten caught having sex with another young girl. After this, I realized there was no help, as both my parents and my pastor did nothing to stop this relationship, and if anything, they all encouraged it. I feel as if I gave up and let this relationship happen to me, as I knew I’d never get away from him.

He threatened me, telling me it would be my fault if he got into trouble, that he wouldn’t be able to able to become a minister.

Rebecca and her abuser became a couple, dating from 15-18 with the apparent approval of the pastors, the church members, and her parents.

From 15 – 18, I was continued to allow to “date” this man, and it was not a secret. It was well known that we were a couple. We would sit together in church, go out to eat with church members, attend church camp together, etc.

I can’t wrap my head around how all of the church adults knew we were a “couple”. How was it appropriate and acceptable for a 33-year-old man to be dating a 16-year-old girl? And of course, the sex continued.

He would show up wherever I was. At my school, my job, at my friend’s houses, and my driver’s ed class. He once picked me up and took me to the duplex he shared with a few other guys. He was on top of me in his bed when he heard one of his roommates come home. He shoved me into his closet and shut the door hiding me so his roommate wouldn’t see. I don’t know how long I was in there. Maybe minutes, maybe an hour. It was long enough that he grabbed some old fast food cups and gave me one so he could tell my mom that he took me there to eat instead of where he had really taken me.

All I know is, I felt so demeaned, so ashamed, so lost. I felt hopeless. He controlled my every move. I couldn’t date anyone else, I couldn’t go anywhere, I couldn’t do anything, without him. After every sexual contact, he would make me get down on my knees and read Psalm 51 out loud and repent. Thinking of it makes me sick to this day. I hated it. I never liked praying out loud. I never saw the point in wanting others to listen to me. My prayers were between me and god. But I did it, read the Psalm and begged for forgiveness. “Ben” would assure me that he forgave me too.

Rebecca married her pedophile when she was 18 with the blessings of her church and parents.

Rebecca told me that her marriage had been filled with abuse which should come as no surprise to those who understand pedophilia and molestation.

Rebecca, thank you for sharing your story with us. I believe your story and my heart goes out to you for the suffering that you endured .

When churches encourage pedophiles to marry.

Warning: the following information may be triggering to some who have been abused.

In this scenario, Doug Wilson, who showed much *care and concern * to his favorite pedophile, Steven Sitler, presided over his marriage to a naive young woman in his congregation. The video has been taken down, but in it, one could have heard *Pastor* Wilson praying for the couple and their possible future children.

Sadly, when their first child was born, Steven admitted that he had sexual feelings for his baby boy. The judge said he could never be alone with his child but he could still live at home. This just goes to prove that having a Trinitarian perspective on Scripture does not mean a pastor will make a sane decision when it comes to pedophiles.

Shame on all of them!