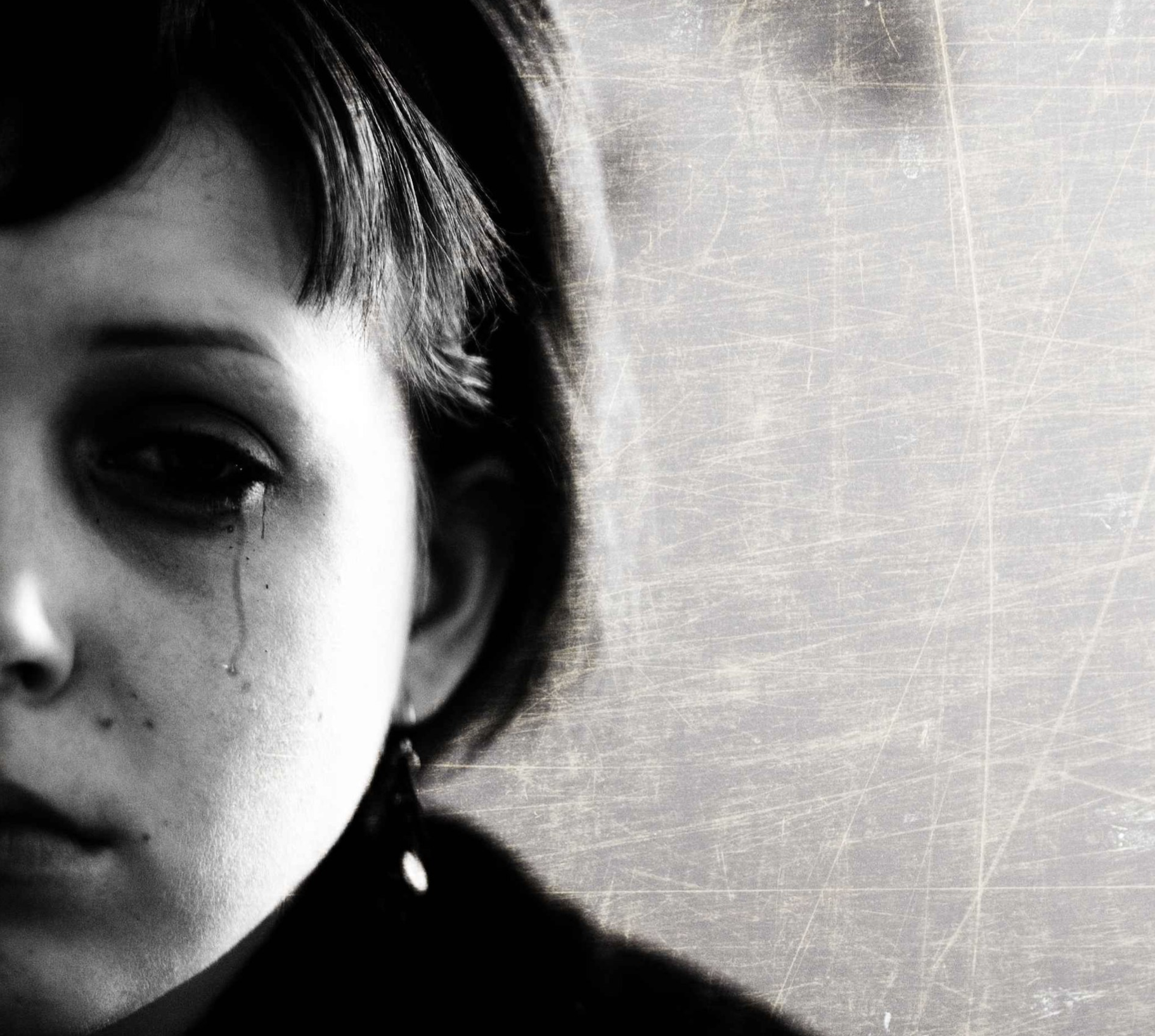 “You can recognize survivors of abuse by their courage. When silence is so very inviting, they step forward and share their truth so others know they aren’t alone.” ― Jeanne McElvaney, Healing Insights: Effects of Abuse for Adults Abused as Children

Approximately 2 1/2 years ago, I began to follow the arrest and charges filed against Tom Chantry. I was immediately attacked by Frank Turk, Phil Johnson’s pal on the Pyromaniacs blog. He became so incensed that I stood by my coverage that the decided to accuse me of something despicable that he knew was a lie. Due to his heinous allegation which was definitely libel (he knew it was a lie), he was forced to retire from social media. You can read about it here.

Shortly thereafter, I began receiving comments behind the scenes accusing me of have a filthy mind, amongst other things. Most of those comments were never approved. Six months after the Turk incident, poorly written letters were sent to my church, Duke University (my husband’s employer) as well as to some community organizations with which my husband and I are affiliated. I’ve often wondered what lovely people in the Raleigh/Wake Forest area helped this creepster to get that information? The letter did no harm and, instead, gave me an opportunity to describe my blog to my friends and pastors. The letter, which briefly discussed my coverage of Iain Campbell (another proven abuser), appeared to stress my coverage of Tom Chantry. The person who wrote it did so anonymously, demonstrating his innate cowardice and inability to *act like a man* as they say in his circles.

Thankfully, Todd Wilhelm retuned home to Arizona from his stint in Dubai and began to cover Chantry’s charges and trials. I would often review Todd’s posts for TWW. During this time, I continued to receive despicable comments behind the scenes, accusing me of all sorts of evil doings. Todd also receive some similar types of comments at his blog. I’ve often wondered if this was Frank Turk or if it was some other equally disturbing individual.

I now believe that the individual who has been sending these is heavily involved in ARBCA and is a Tom Chantry fanboy. Frankly, I am concerned about this person because I believe he comes across as a bit unbalanced. I sure hope if anyone in ARBCA suspects who this is (and I’m willing to bet that they do,) they will be sure to get him some help before he, too, ends up doing something that the denomination needs to *investigate.*

Here is a comment to me. I have covered up the name of the victim. Update: 8/29/19 It appears that this mans’ comment has gained some unwanted and negative attention. I am now abridging the comment even further. ARBCA-you have some folks who are total creeps. I bet you have an idea who this is.Tell him to stop.

Haha is probably an uneducated individual who is equally unschooled in thoughtful theology. He may also be like the Tin Man in the Wizard of Oz who was missing a heart. His penchant for hiding behind silly names appears to indicate that he is like the Lion who needed courage. And, sadly, his apparent lack of education on this subject indicates he has is like the Scarecrow who needed a brain.

Haha doesn’t seem to understand that being abused as a child can lead to serious difficulties as the child begins to age. Nor does he seem to care by using a name that admits he is laughing about the victim’s pain. Thankfully, educated professionals have long studied this issue. Here is one such article. Adult Manifestations of Childhood Sexual Abuse

Disturbances of desire, arousal, and orgasm may result from the association between sexual activity, violation, and pain. Survivors are more likely to have had 50 or more intercourse partners, have had a sexually transmitted infection, and engage in risk-taking behaviors that place them at risk of contracting human immunodeficiency virus (HIV) (8, 9). Early adolescent or unintended pregnancy and prostitution are associated with sexual abuse (10, 11). Gynecologic problems, including chronic pelvic pain, dyspareunia, vaginismus, and nonspecific vaginitis, are common diagnoses among survivors (12-14). Survivors may be less likely to have regular Pap tests and may seek little or no prenatal care (15).

The Honorable Bradley Astrowsky puts the blame where the blame is due. This is a must read.

Judge Astrowsky, who presided over the trial, addressed this exact issue as raised by Haha in regards to this victim. This is being quoted from the proceedings surrounding Tom Chantry’s sentencing. Unlike Mr Haha, Astrowsky is an educated man who also has a heart. I believe his words should be read by all who have followed this trial. The screen shots below are from page 69, line 11 through page 70, line 8 and page 73, lines 2-13 of the sentencing documents obtained by Todd Wilhelm.(Thanks. Todd.) 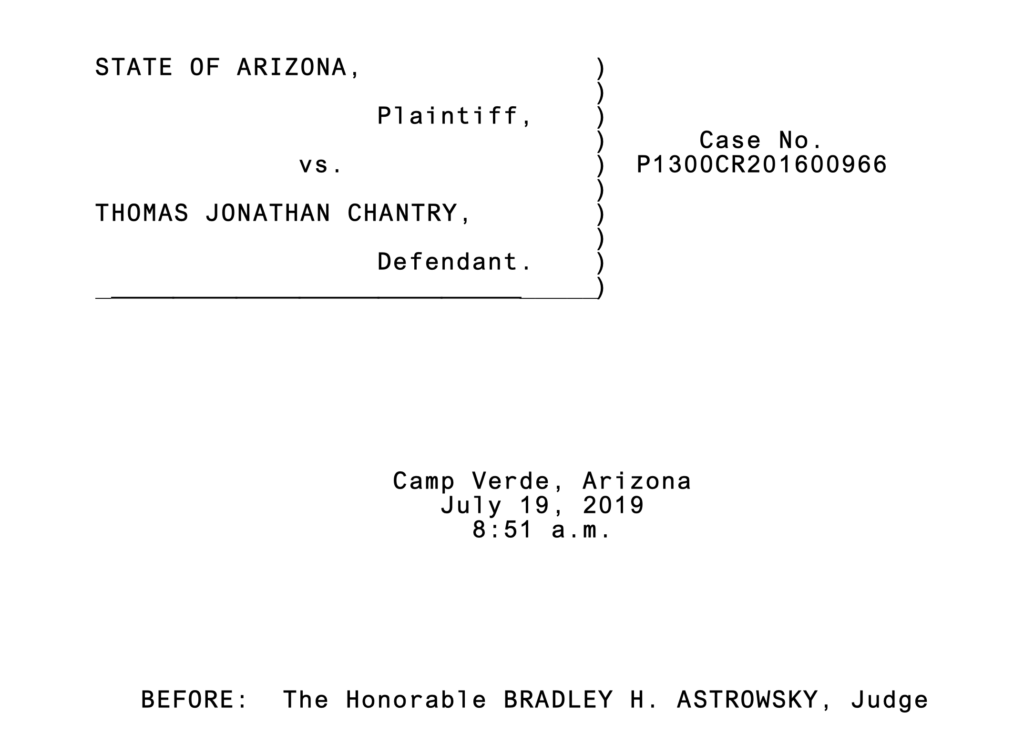 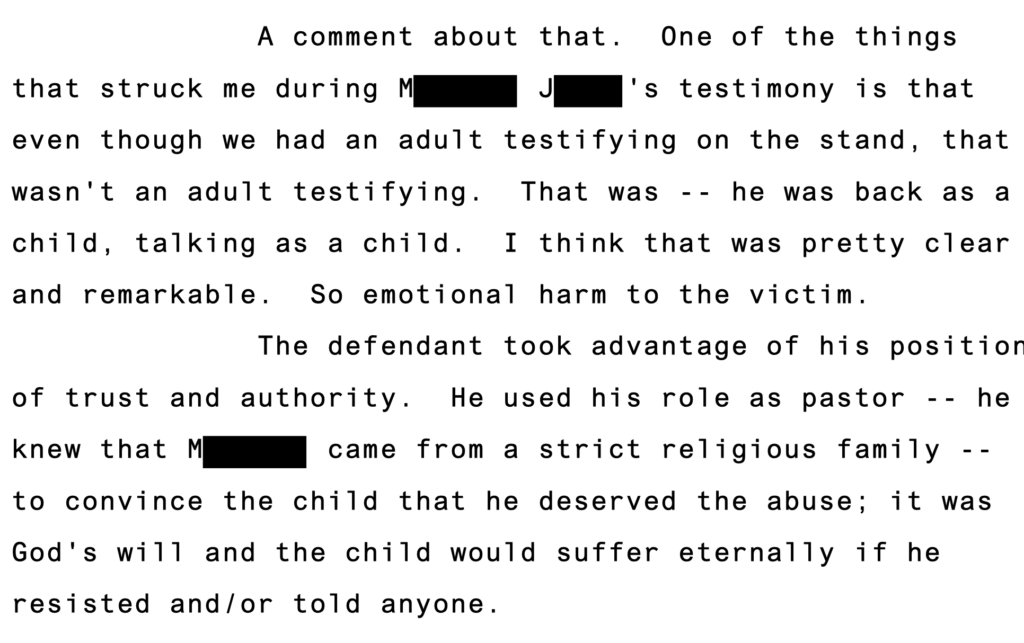 Tom Chantry’s victim was exposed to disgusting abuse at the hands of Tom Chantry. Yet the man who wrote me (as well as Todd) wants to heap blame on the victim while laughing about it. Although Tom Chantry did this to that chid. ARBCA, by covering up these claims, also participated in this child’s pain. Instead of giving him love and support, ARBCA made sure Chantry was covered.

Why? Was his *theological prowess* so great that ARBCA and friends believed the world couldn’t survive without him in the pulpit?

ARBCA-It’s time to wake up and deal with the sickness in your denomination. I believe that Haha is someone in your midst and I bet that some of you may even know who he is. Do you plan to cover up this behavior as well?

Churches in your denomination are dropping their membership. If this keep up, I bet you won’t have a denomination much longer. Shame on all of you who are sticking around, putting up with this malignant behavior.

A note to this young man and his family: I cannot express how sad I am for what you have endured. You had the guts to testify and put this monster behind bars. Please know that I (and most of the people here at TWW) get it. If I can ever help you in anyway, please contact me: dee@thewartburgwatch.com