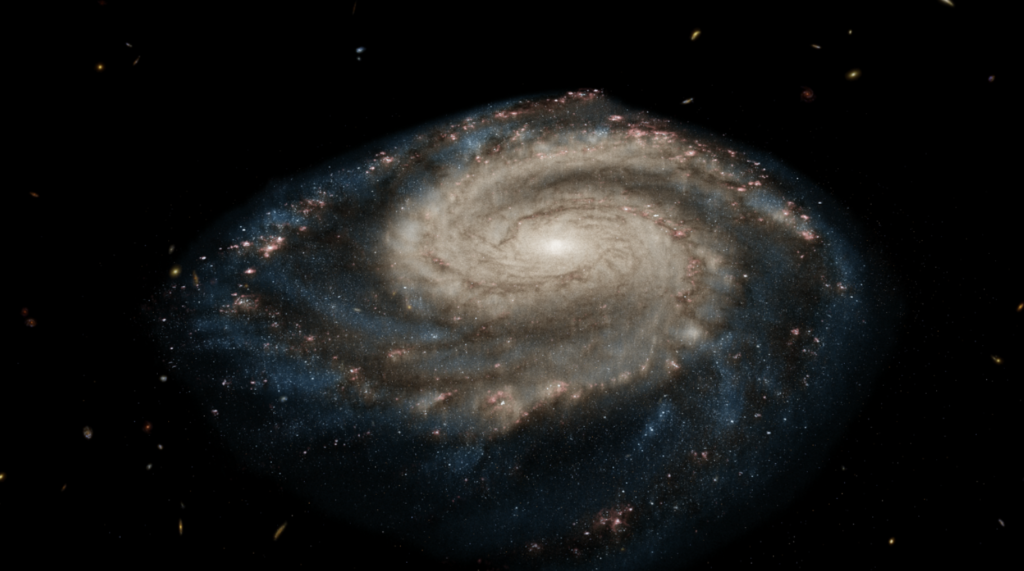 “It’s a dangerous business, Frodo, going out your door. You step onto the road, and if you don’t keep your feet, there’s no knowing where you might be swept off to.” JRR Tolkien

Special thanks to Jerome, a TWW reader who drew my attention to this article. I’d hire him if I could

As many of you know, Al Mohler appeared to throw CJ Mahaney under the bus when he was confronted by journalists working on the widespread sexual abuse of children in the SBC. However, in order to understand this post, readers must understand Mohler’s long history of supporting Mahaney and Sovereign Grace Ministries (now called Sovereign Grace Churches.)  He was even tied to Mahaney in Together for the Gospel(T4G) . As an aside: It should be interesting what will happen with T4G 2020 since Mahaney made up one of the *4 *in T4G along with Mohler, Mark Dever and Ligon Duncan.

Mohler had close ties and some friendships within Sovereign Grace Ministries. He also knew of the close relationship bvewteen Harris and Mahaney who often marched in lockstep together.  C. J. Mahaney, Joshua Harris Resign from Gospel Coalition after SGM Abuse Conviction

I believe that Mohler in The Tragedy of Joshua Harris: Sobering Thoughts for Evangelicals deliberately obscured Harris’ relationship with Sovereign Grace Ministries and CJ Mahaney since Mahaney has been made persona non grata. Harris was also well liked by Mohler and the rest of the gospel boys.

Look at how he presents Harris’ history.

He ties Harris’ parents to the homeschooling movement which is correct,

It’s helpful in this case to go back to the biography of Joshua Harris. He is one of the seven children of Gregg and Sono Harris, and they were very influential long before Joshua Harris emerged as a young author. They were mostly influential within the burgeoning homeschool movement of the 1970s and ‘80s and beyond, and they and their movement were located in the Pacific Northwest.

…Joshua Harris was born into this movement, was incubated within it, and was raised by parents who were already influential within it.

He then discusses Harris’ two books.

… He followed up I Kissed Dating Goodbye, with another book entitled Boy Meets Girl: Say Hello to Courtship, published in 2000

Then he mentions that Harris became are a lead pastor of an unnamed megachurch.

He became lead pastor of a Maryland mega church in 2004, and he continued in that role until 2015.

Harris wrote two books and became a pastor…that’s it? Baloney!

So Harris just grew up with fundamentalist homeschooling parents, wrote two books and became a mega pastor. Mohler is playing a game with his audience. The reason for this is that Moher knows that Harris lived with CJ Mahaney for a few years and then was annexed into Mahaney’s ministry.

Harris was taught by Mahaney and therefore subscribed to the same theology as Mahaney. Mahaney was a BFF of Al Mohler and for years was protected under Mohler’s wings

For years, Harris was part of the SGM brand and eventually presided over the mess at Covenant Life Church after being appointed by Mahaney. Here is what Wikipedia says:

In 1997, Harris moved from Oregon to Gaithersburg, Maryland to be a pastoral intern.[8][9] There, “C. J. Mahaney, a charismatic Calvinist and founding pastor of megachurch Covenant Life Church, took Harris under his wing and groomed him to take over the church.”

Harris has admitted that they mishandled sex abuse cases by not always reporting to the police.

(Updated 08/06/19) Mohler didn’t mention he spoke at one of Harris’ conferences and invented a new sin *delayed marriage.*

Special thanks to TWW reader *singleman* who reminded me of this.

he (Mohler)addressed at least one of the New Attitude conferences that Harris sponsored, in 2004. Mohler’s speech stirred up much controversy when a nationally syndicated Christian radio program rebroadcast the talk later in the year. That speech was when Mohler labeled delay of marriage as “sin” and laid blame for this newly discovered “sin” at the feet of single Christian men. Mohler’s speech also left many listeners with the distinct impression that he considered the state of singleness to be sinful; he later had to clarify that wasn’t the case.

The problem that Mohler doesn’t want to admit.

Mohler deeply admired Mahaney, especially because Mahaney’s theology was Mohler’s theology. Mohler did everything in his power to promote Mahaney’s brand because he believed that Mahaney taught:

Mohler doesn’t want you to know that he promoted the *theological depth* of SGM. In the end, the emperor has no clothes. Mohler’s current solution to preventing the problem which Harris embodies is the solution from the past that led to this.

In the end, no matter how much one embraces *theological depth* or *winsome* apologetics, people will still walk away from the faith. Some will return, others will not. Memorizing Wayne Grudem’s Systematic Theology will not prevent it. (Grudem often taught at SGM’s Pastors College and in their churches.) Attending The Gospel Coalitions’ conferences will not.

Al Mohler, *the smartest man on earth,* chose deliberately to leave off the most important information on Joshua Harris. He could have done better. He surely doesn’t have a solution.

Tom Ascol claims his life was threatened and Al Mohler says they are the best of friends.

OK. You all remember the brouhaha that erupted over the stupid trailer put out by The Founders?  Today, The Federalist posted Trailer For New Documentary Revives Southern Baptist Brawl Over Social Justice Theology:
subtitled: A Southern Baptist ministry released a trailer for a documentary questioning the theological effects of leftist political orthodoxy on race and sex. A Twitter mob took over.

Al Mohler was one of the critics. Yet, he is a great supporter of The Founders and I was wondering how this would turn out. I have heard from a number of sources that Tom Ascol really wants to be the next president of the SBC. Therefore, it was obvious that there would need to be a meeting to kiss and make up.

Ascol is not backing down from the *social media mob.*

So be prepared for a documentary that shows how the SBC is being taken over by evil liberals.

Ascol reported that some, in reaction to the trailer, sent him personal messages saying, “He and Founders should be condemned by the SBC,” “You should resign from the ministry,” and even, “You should kill yourself.” Ascol responded in a recent statement, “Certainly, no one at Founders Ministries [was able to] foresee people taking it that way. That was not our intention.”

As the critiques mounted, some of the interviewees in the documentary accused Founders of asking them to participate under false pretenses, purposefully taking footage of them out of context, or using footage without permission. Ascol categorically denies these charges, calling them “patently false.”

…Ascol is convinced that he “hit upon a nerve” in the SBC that should be further explored and “discussed with open Bibles, as brothers,” not as a social media mob.

Most people on the planet have no idea about The Founders. They are a group which has seen better days since the advent of TGC and others have taken business away. So, when they approached people for comment at the *For Such a Time As This Rally,* they should have taken the time to introduce themselves and to make sure that those approached understood their agenda. I was standing in the background, watching what was going on. It appeared to me that these guys played a game of *gotcha.”

In my opinion, that posture is unbecoming of those who claim to follow Christ. When I call a church or parachurch organization to ask for comments, I always tell them  who I am and where to find information about me. I allow them time to ask me questions prior to me asking them questions. Sometimes, they end the conversation and I back off as politely as possible.

How is it that they can judge my heart now and they couldn’t judge me if I was trying to trick them into participating in the (documentary)?

I suspect that there is going to be a considerable amount of turmoil in the coming years in the SBC. Mohler and Ascol do not get how millennials in the church view these issues.

To prove this point, Mohler stated, “No one is going to be teaching at Southern Seminary from ‘the other side,’” of post-modern, critical theory.” Some have contended that Mohler is attempting to hide “woke” faculty members—men such as Dr. Matthew Hall, provost of Southern Seminary, and Dr. Curtis Woods, the chairman of the “Resolution Nine” committee.

When asked why one of Hall’s articles on the Southern Seminary website affirming critical race theory was scrubbed, Mohler replied forthrightly, “Because I asked for it to be scrubbed.

The trailer led to charges of racism and misogyny.

Charges of racism and misogyny were leveled, along with claims that the trailer portrayed fellow Southern Baptists dishonestly. As a result of what could only be described as a “Twitter mob,” three prominent SBC leaders—Mark Dever, Danny Aiken, and Jonathan Leeman—demanded that their interviews be removed from the final production. On August 1, Founders announced three members of their board had resigned over the incident.

Ascol claimed that he understands racism because of an incident in his own family.

Ascol shared personal information on this note: “My grandfather was a Muslim immigrant from Syria who was murdered by a white man in Arkansas as my 10-year-old dad sat beside him in a horse-drawn wagon.”

The Twitter mob is to blame for this entire mess.

In the end, Mohler and Ascol blame this mess on Twitter. The Founders and Al Mohler find it far easier to blame Twitter than to take a close look at what happened here. Thankfully, the average Joe can express what he thinks. If he writes well, others may pay attention to what is being said. That is extremely threatening to those who believe in a protected leadership in the church and parachurch groups. Darn those little guys who have the audacity to say what they think!  Those nobodies are causing so many problems for Ascol and Mohler who want to be the only ones who are granted access to the microphone. Those days are long gone and they need to get over it.

To those who wonder if they should say something. It takes about a minute to sign up for Twitter. Your voice is needed. Don’t let them tell you to stay away and stay silent. Speak up. God has given us “nobodies” a way to be heard. Use it!