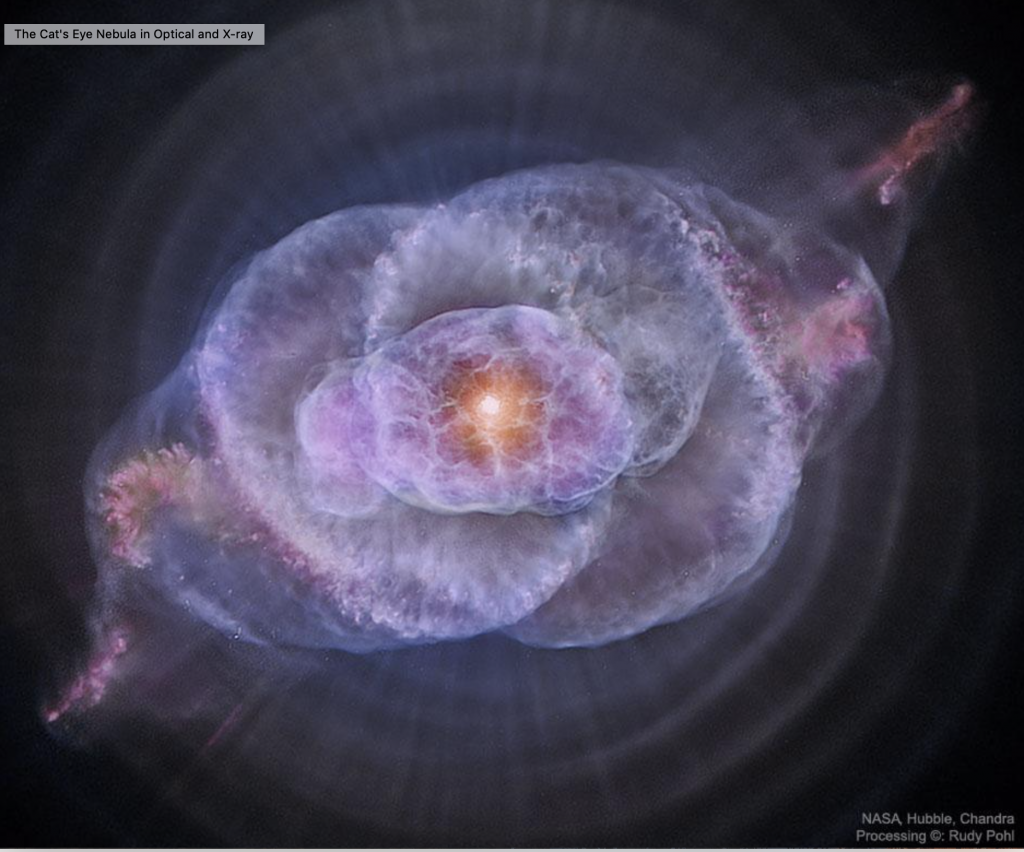 “I do not think that women ministers and theologians are the first to have discerned the realities of grief and amazement in our lives, but they have helped us see them as important dimensions of prophetic reality. In many ways these sisters have permitted me to see what I otherwise might have missed.”-Walter Brueggemann, The Prophetic Imagination.

I need a day or two at the beach without worrying about what to write. So, I’m presenting Wade Burleson’s recent post in which he says:

I would love for Beth Moore to teach (preach) at Emmanuel Enid in all three of our Sunday morning services. No restrictions at all.

Waiting for the SBC explosion…

Please read the following post with an open mind. Do not stop and attempt to go after Beth Moore and her theology. I have a number of differences with her. However, it is her presence on the stage of faith that must challenge folks to think deeply about their perspectives on the role of woman in the church; especially the role of women teaching men in the church. Wade holds to a different point of view than most Reformed Baptist pastors in the SBC, a fact that I’ve known  for many years.

I find it interesting that the SBC does not go after him since he doesn’t hold to the traditional SBC teaching on  complementarianism.

I am grateful that Wade has given me carte blanche to post his articles. H always challenges me to love better as I walk through this world.

Wade Burleson:  Beth Moore, the Growing Controversy of a Woman Teaching in SBC Churches. and a Question for You

There’s growing controversy on social media among those who belong to the Southern Baptist Convention over fellow SBC’er Beth Moore teaching men and women “from the pulpit” on Sunday mornings at various SBC churches.

This is such a silly controversy.

The idea of a “pulpit” in a Christian church is foreign to the New Testament. The “synagogues” of the Jews had a “pulpit” (wooden elevated stand) upon which teachers (rabbis) unrolled the scrolls and taught from them.

The New Testament ekklesia (the “church”) is always defined as gifted and called out people (men and women) and never a building with a pulpit. Ekklesia, or the church, means “called out ones.”

So Spirit-gifted, “called-out” teachers in the ekklesia should teach. That’s the purpose for why the Holy Spirit gifted them.

What matters is Beth Moore is a gifted teacher. I would love for Beth Moore to teach (preach) at Emmanuel Enid in all three of our Sunday morning services. No restrictions at all.

The current controversy seems to be over the fact that Beth Moore presumes to teach men the truth of Scripture. Comprehendo? Beth Moore dares to teach men biblical truth on a Sunday morning. Those men upset with it must have intentionally forgotten all those times they’ve ever asked a woman something.

The New Testament teaches us that the Spirit gifts His people as He pleases, and the Spirit’s gift-giving is never gender-guarded.Both men and women have the gift of teaching, and the sooner we learn that men can learn spiritual truths from women, the better off we are.

One year ago, at the 2018 Southern Baptist Convention, I stepped to microphone six and asked Dr. Al Mohler, President of Southern Seminary in Louisville, Kentucky, a question.

Al really never answered my question. He laughed it off.

He can’t answer it because he knows his illogical, unbiblical, and detrimental view of “women keeping silent” when it comes to teaching men spiritual truths will be exposed with any answer he gives.

So now I’m asking you the same question. Give me your thoughts.

I originally wrote the following blogpost on  June 14, 2018, just a few days after Dr. Mohler and I engaged in a very cordial and public conversation.

Before I tell you what I asked, let me give you some background.

I, like most Southern Baptists, believe the Bible is God’s infallible and inerrant Word. What I’ve discovered over the last dozen years is that men in control of the Southern Baptist Convention desire to tell you what the Bible means and don’t like people disagreeing.

But the Southern Baptist Convention will always be in trouble when there is a demand for conformity on tertiary matters of theology instead of a decision for cooperation around the primary message of the Gospel.

None of us is God.

God doesn’t stutter when He speaks, but we’re often at a loss when we listen. “He that has ears to hear let him hear,” Jesus said. The problem is us, not God.

If I don’t think I can make a mistake in interpreting God’s Word, then I have a problem with pride. I’ve placed myself in the position of God, telling you that you better believe what I say. God doesn’t like pride, and pride will always lead to a personal fall.

So Christians have a simple job as fallible people who follow Jesus Christ.
We are to always make sure we don’t confuse our interpretation with God’s inspiration.
That’s why I like to ask seminary Presidents questions.

They are some of our most educated,  intellectually astute, and theologically-minded people in the Southern Baptist Convention. But if they’re not careful, seminary Presidents – like pastors –  can get in the bad habit of thinking their interpretation of God’s Word is infallible.

Al Mohler does not believe that a woman can teach pastors the Bible. In Southern Seminary’s School of Theology, there are  35 professors – 34 white men and 1 black man  – who are teaching and training Southern Baptist preachers and teachers, pastors and theologians, for the purpose of building the kingdom of God to the glory of Jesus Christ.

There are no women.

Al Mohler, Paige Patterson, and a host of other current and former leaders of the Conservative Resurgence interpret God’s Word as saying, “No woman shall ever teach a man or have a position of authority over a man (e.g. especially holy men like pastors).”

I believe their belief is built on an erroneous interpretation of God’s Word.  God commissions His people to serve His Kingdom based on their giftings and not their gender.

Male pastors taking “spiritual authority” over people is a fraudulent authority in Christ’s Kingdom. It’s not supposed to be that way. It’s contrary to the teachings of Jesus. The idea that male pastors have some kind of “special authority” is the result of a misinterpretation of just one or two passages from the New Testament.

Yet SBC Presidents pontificate on pastoral power as if this pagan principle is actually a Papal bull.

That’s all background for why I went to Microphone 6 and asked my question of Dr. Mohler and the other Southern Baptist Seminary Presidents.

The Question
“Dr. Mohler, I want to thank you and the other seminary Presidents for your leadership and your reports. I’ve sat through many years of annual meetings, and the reports from our seminary Presidents this year constitute the best I’ve heard. Thank you all for your transparency, theological acumen, and love for Christ’s Kingdom.

In light of several Southern Baptist women writing to me and telling me that Southern Baptist male divinity students are encouraged by seminary professors to walk out when female students fulfilling M.Div. requirements exegete the Scriptures out loud, and personally knowing that there have been unjust terminations of Hebrew and Old Testament professors in our Southern Baptist seminaries because they are females, and observing the lack of competent, gifted women in leadership of the Southern Baptist Convention, I have a specific question that I’d like to ask you and the other seminary Presidents.

According to the Home Mission Monthly Magazine, Joanna Moore arrived for her first mission assignment on Island #10 in the Mississippi River. She ministered among former African American slaves who were now being protected by the Union Army. These former slaves had their own male pastors, mostly illiterate men who faithfully shepherded their fellow Christians in the plantations of the south.

These African American plantation preachers had never heard or thought it was wrong to get drunk occasionally until Joanna P. Moore arrived. She faithfully taught these pastors the Scriptures, especially expounding I Timothy 3:3 and the biblical prohibition against drunkenness. The pastors reformed their conduct, ceasing their occasional habit of getting drunk, and were better pastors due to the influence of Joanna P. Moore.
So here’s my question:

Was it sinful for Joanna P. Moore to teach those male pastors the Word of God, and should she have remained silent and let those pastors continue in their drunkenness?”

After some laughter from the crowd, Dr. Mohler gave his response which demonstrated a great deal of inconsistency (I’ll write on his response at another time).

My goal with this post is to encourage all fellow Christians who love Christ and His Word to consider and contemplate the illogical, fallible, and impractical interpretation that prevents a woman from teaching men or pastors the Holy Scriptures.

Never give in to demands for conformity on a specific interpretation of Scripture when your Master is Jesus Christ, and only His Word is infallible, not the words of a man.

Search the Scriptures for yourself and draw your own conclusions.