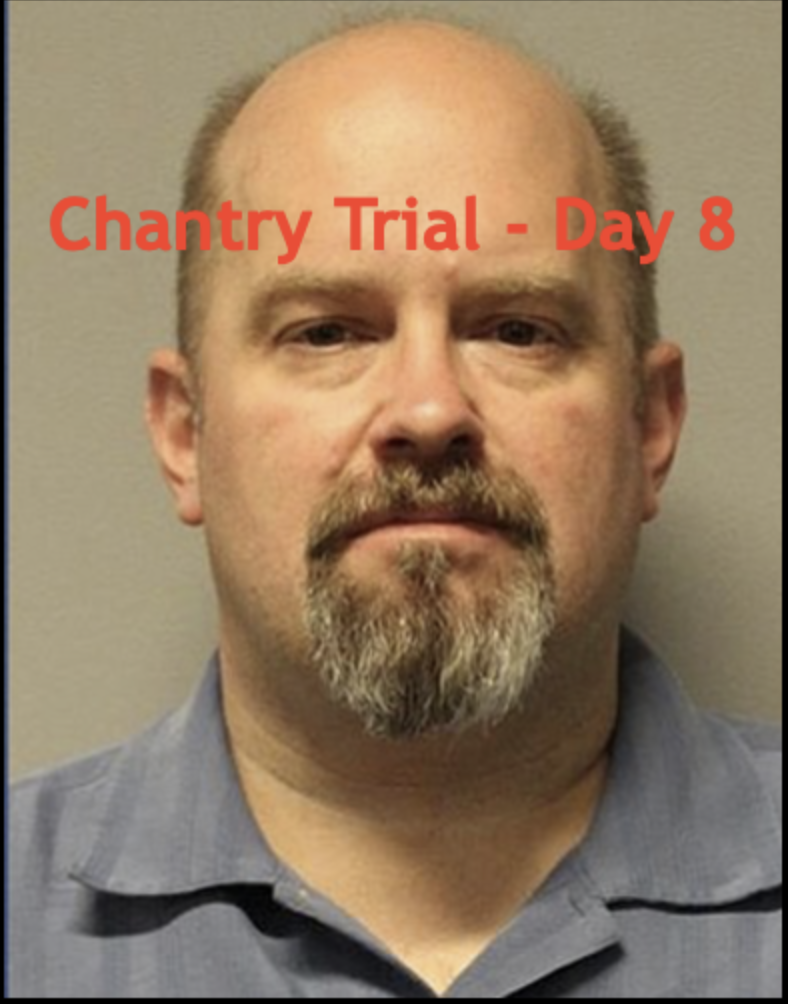 “Don’t turn your face away.
Once you’ve seen, you can no longer act like you don’t know.
Open your eyes to the truth. It’s all around you.
Don’t deny what the eyes to your soul have revealed to you.

Now that you know, you cannot feign ignorance.
Now that you’re aware of the problem, you cannot pretend you don’t care.
To be concerned is to be human.
To act is to care.”
― Vashti Quiroz-Vega

There are many of you who have been readers at TWW since I started following Tom Chantry’s arrest and being charged with the abuse, physical and sexual, of minors in church. Some of you will remember when some strange individual attempted to cause trouble for both my husband and me by sending letters trying to get me excommunicated from my Lutheran church for writing about Tom Chantry and Iain Campbell’s list of offenses. I believe that Campbell was thrown into the mix in order to cover for the fact that this individual (who pretended he was a team of people) was a fan of Tom Chantry.

Here is link to all the stories I’ve written about Tom Chantry.

Here is the letter that was written about me almost two years ago.

Oh, and I almost forgot, there was also the curious case of Frank Turk and Pyromaniacs calling me foul names, due to my coverage of Tom Chantry.I wonder how he’s felling today. I hope one day he will apologize.

Todd Wilhelm has faithfully covered Chantry’s recent trial in Arizona. He also covered the previous trial  last year: Finally, Thomas Chantry Found Guilty on 2 Counts Aggravated Assault. Retrial Likely on 4 Other Counts and a New Victim May Appear. These were felony convictions involving physical abuse. The jury was hung by one individual on the 4 counts of felony child molestation. Susan Eazer, the prosecutor, vowed to retry on those 4 counts and today, she did just that! He was convicted on all 4 counts of felony child molestation. There is also another trial pending on 9 counts of molestation/abuse of a child.

The jury is currently deliberating whether there were aggravating circumstances in order to proceed to sentencing. Ms. Eazer has alleged that emotional harm has been done to one of the victims. If found guilty, each count has a maximum of 17 years in prison.

My hat’s off to Todd Wilhelm for his commitment to seeing this trial through to the end. Here is a link to his blog, Thou Art the Man, where you can follow his frequent updates.

Please join Todd and me in praying for the victims and their families. They have suffered with these memories for years. I suggest that ARBCA, Chantry’s denomination, reach out to thee families and offer them financial assistance to deal with the pain Chantry inflicted on them. If any readers feel so moved, perhaps they might send emails to the denomination suggesting they assist the families.

Of course, there will be the constant critics that will say we are rejoicing over this verdict. Todd and I have been following the arrest and trials of Chantry for over 2 1/2 years. Those of us who do this sort of thing spend many hours pouring over the allegations while our stomachs turn as we read the descriptions of the abuse that took place. We talk with one another, dealing with our anger and praying for the victims and their families.

We worry over the pretrial motions and the testimonies during the trials. Our hearts sank at the hung jury from the last trial, hoping that the victims would be willing to go through the pain and suffering of a trial once again.

We wonder at churches that allegedly concealed some of these reports. How can they do that, knowing that children were harmed?  We get criticized by the fan club and attacked, sometimes viciously, by supposed Christians who accuse us of all sorts of sins and crimes for covering the allegations and trials. The constant cry of “Slander” by uninformed and misled church members is deeply disappointing.

However, we carry on because someone has got to care about the abused. Someone must read the descriptions of abuse and someone must pray for justice and peace for the victims. Thankfully, the readers of this blog and a slowly growing number of people in churches are beginning to get it.

Thanks go out from TWW to Susan Eazer who has fought for victims, sometimes against difficult adversaries. Extra special thanks go out to Todd Wilhelm who spent countless days being present for these trials, spending one too many nights in hotels. And thanks be to God that justice was served in the state of Arizona today.