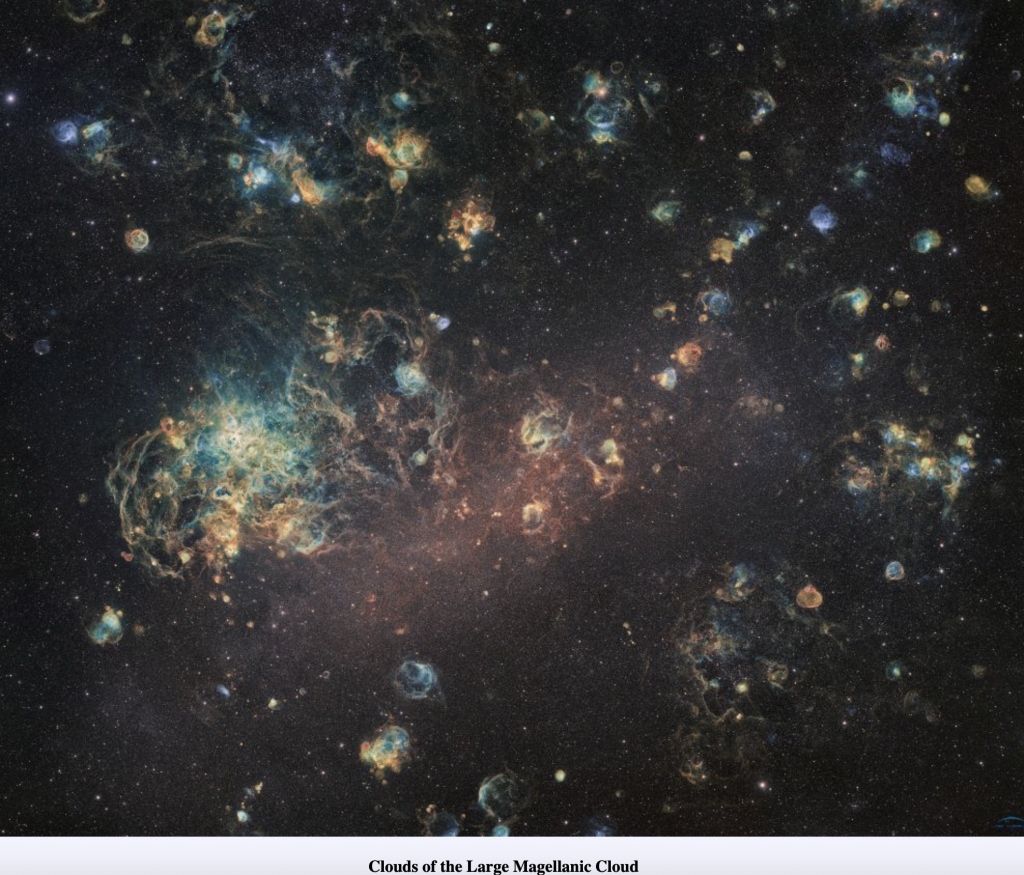 NASA Picture of the Day

A dreadful thing is the love of money! It disables both eyes and ears, and makes men worse to deal with than a wild beast, allowing a man to consider neither conscience nor friendship nor fellowship nor salvation. ~ John Chrysostom, Early Church Father

Shortly after the Houston Chronicle published its series on the child sex abuse scandal in the Southern Baptist Convention, the SBC sought a new CEO for the Executive Committee. This is the committee which would be tasked with trying to do something to respond to allegations of sexual abuse coverup in some of the famous SBC churches like Second Baptist Church in Houston.

Dee, being somewhat cynical, has little hope that anything will happen to any of the church named in the report. However, the SBC understands optics and JD Greear is supposedly moving full steam ahead to *do something.*

According to SBC Voices in The SBC’s worst kept secret and how if this were the real Army, SBCers would be in the hoosegow., Ronnie Floyd was appointed to the position to *do something.*

According to Religion News:

Meeting in Dallas, Executive Committee trustees approved Floyd’s nomination by a vote of 68-1, according to Baptist Press, the SBC’s official news service.

“It’s a great privilege for me to be able to accept the opportunity to become the president and chief executive officer of the Southern Baptist Convention’s Executive Committee,” said Floyd in a news conference after his election Tuesday (April 2).

Floyd is pastor of Cross Church, a congregation of about 9,000 that has campuses in Arkansas and Missouri. He is also president of the National Day of Prayer Task Force.

…In his new role, Floyd will head the Nashville-based Executive Committee, which acts on behalf of the SBC in between its annual meetings. One of his major tasks will be promoting the SBC’s Cooperative Program, which funds missions, seminary education and other ministries.

It is my understanding that Floyd will be stepping down from his pastorate which  is a good move in the days of one man doing a gazillion jobs in the SBC and pretending that he is doing all of it well.

So what is the secret du jour? Apparently Ronnie Floyd is being paid a boatload and that is raising eyebrow. A commenter on SBC Voices claims that Floyd will be paid $500,000. Since the salaries of the leaders are not made public, this number is conjecture. However, it was the response of some on SBC Voices to this possibility that drew my attention. 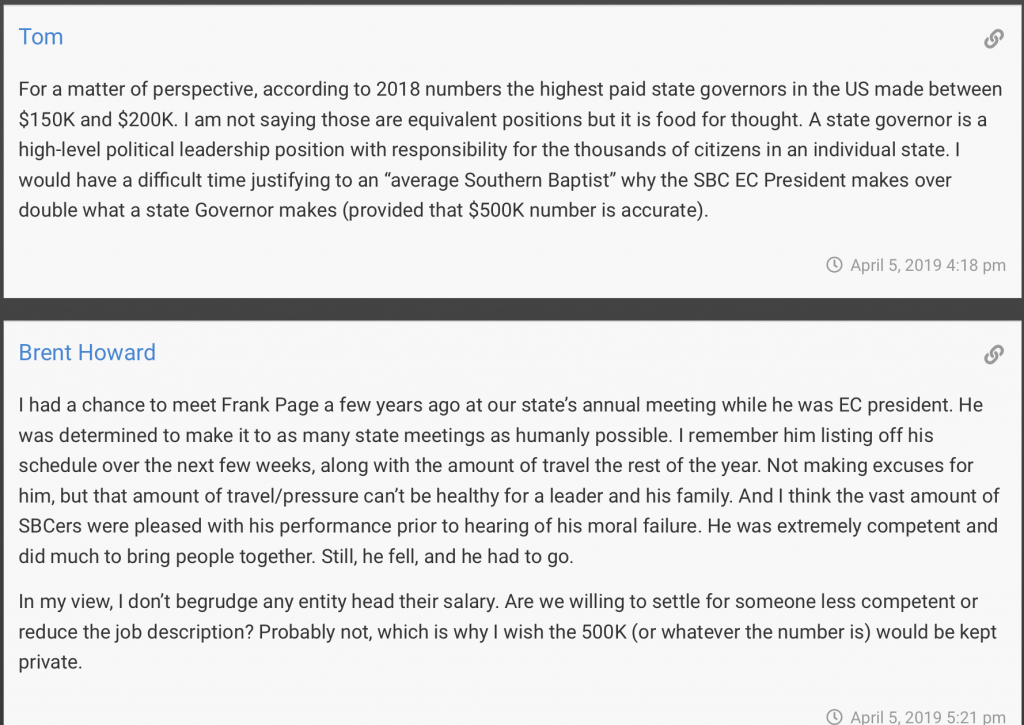 It appears that the Southern Baptist Convention’s leadership has no problem in spending the money which was donated from local churches on fancy salaries. Ronnie Floyd will allegedly be making more than governors of most states. Surely his job is not more complex than those?

Salaries of SBC pastors, especially of the megachurch variety, are often kept secret and are often extremely high.

MacDonald who insisted his salary remains secret, claiming he would rather lose members than divulge it, appears to have a reason for keeping his salary on the down low.

James MacDonald, told three elders in 2013 that he’d “lose 1,000 sheep” before he’d reveal his salary. That’s according to former elders—Scott Phelps, Barry Slabaugh, and Dan Marquardt—who resigned soon after hearing that comment, and months later, were publicly excommunicated. (The church has since apologized for its “harsh” discipline of the men.)

What was his salary?

According to Roys, this was the official amount.

In 2018, Harvest reportedly paid MacDonald $80,000 per month ($50,000/month in regular salary and $30,000/month in deferred compensation) for a total of $960,000 per year. (This number does not include additional money MacDonald may have received from his broadcast ministry, Walk in the Word, Harvest’s church planting network, Vertical Church, its songwriting and worship ministry, Vertical Worship, and books.)

Bucur and Banaszak said one of the leaders told them that MacDonald’s deferred compensation plan totals $2.6 million and was initially set up in 2010.

The church leader with whom I consulted confirmed that these discretionary funds were part of the hidden or “black budget” I reported in my December WORLD Magazine article on Harvest. This budget reportedly comprised about 20-percent of Harvest’s total budget and was kept secret from all but top church staff and the former elder executive committee. The executive committee was a group of four to five top elders who had sole responsibility for approving Harvest’s annual budget and executive salaries.

Bucur and Banaszak said one of Harvest’s leaders told them that MacDonald was supposed to note any expenses from his discretionary funds that were personal and then reimburse the church for those expenses. However, Bucur and Banaszak said their source told them that MacDonald counted as a ministry expense having a bear stuffed and shipped from Alaska.

What are the salaries of the senior leadership at these 500 churches?

Here is a list from 2015 of the 500 largest SBC churches. Can anyone who attends these churches find how much the leaders make in salaries, benefits and black book compensation? I would love to find out and I will keep you identity confidential. I think that James MacDonald will not be the only one with a eyebrow raising salary.

MacDonald is not the only one who has a slush fund. I have been told by a reliable source that well known megachurch in my area has a pastor’s discretionary fund of $200.000+ along with a healthy salary.

Shun, as you would the plague, a cleric who from being poor has become wealthy, or who, from being nobody has become a celebrity. Jerome